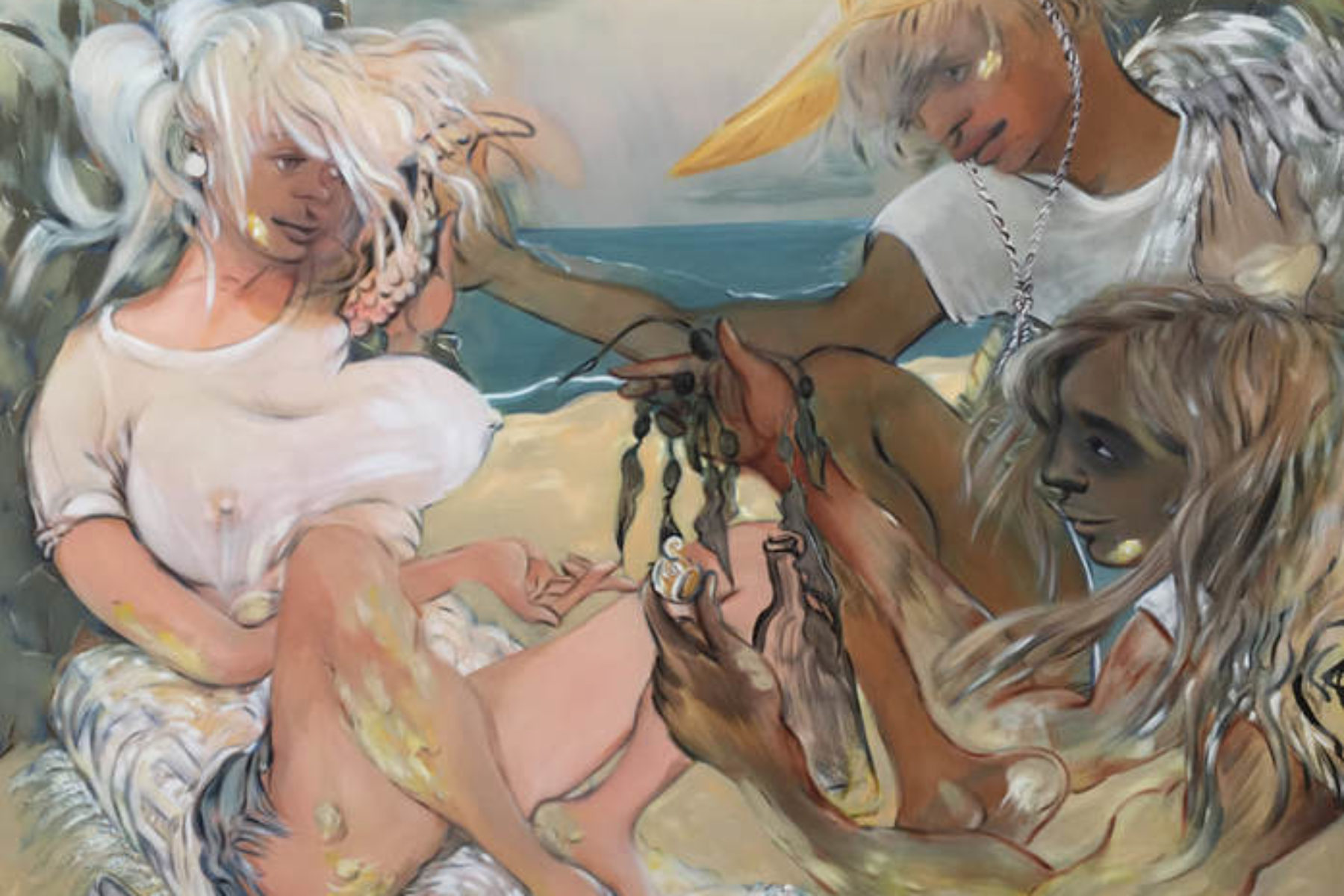 Hannah Murgatroyd (b.1976, Bristol) is a painter whose work is underpinned by drawing and writing, shaping an open narrative of association. Painting within a version of the world, her images move through seasons, mise-en-scène and emotions, led by a cast of male and female protagonists who spring from a personal vision of the figure as told through the history of art, popular culture and a life lived. Representation here opens a window on to a version of the world, one bodily charged, eroticised and engaged deeply with surface.

In 2018, Murgatroyd was included in the group survey exhibition ‘Women Can’t Paint’ at Turps & ASC Galleries, curated by Marcus Harvey. Group exhibitions include: ‘Our Souls to Keep’ at Field Projects, NYC, curated by Lissa Rivera from the Museum of Sex and ‘The Story of Zebedee’ at Von Goetz Art, London. She is featured in the ‘Anomie Review of Contemporary British Painting’ (Casemate Publishing, 2018) for her solo show, ‘Landscape As A Peopled World’, at Exeter Phoenix (2017). She won the Exeter Contemporary Open in 2014 and is a graduate of the Royal College of Art.