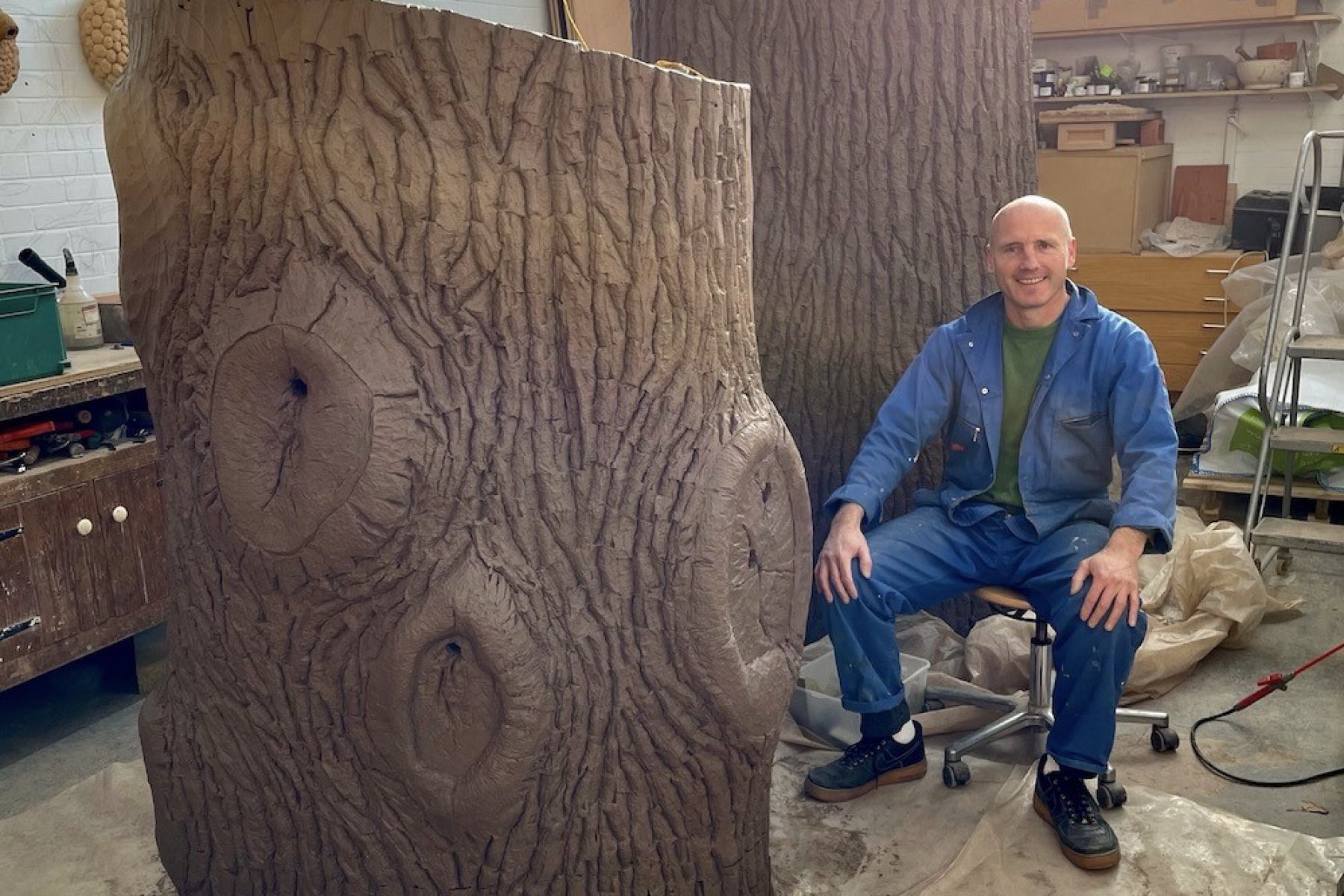 Rodney Harris (b.1966, Weston Super Mare) is a sculptor and printmaker. His work includes a long term collaboration with artist Valda Jackson, Jackson&Harris. In 2017 they won the Marsh Award for Excellence in Public Sculpture for Four Brick Reliefs on the Peabody Estate in Clapham. Stage two of the project, titled Espalier, a sixteen-metre wide brick relief sculpture of an espaliered tree, climbing the façade of a new twelve storey building, is due to be installed in late 2021.

Environmental and social themes are central to his work. Harris is working for the NHS on a series of artworks for the development of Cossham Hospital in Bristol, and a sculpture for the Amble Bird Sculpture Trail in Northumberland. He is the co-founder of the Earth Art Gallery at Bristol University, established following his Leverhulme Trust Artist in Residence, and is part of the team coordinating a six-month artist fellowship and subsequent exhibition. See www.earthart.org.uk.

Commissioned by a wide variety of public and private organisations, his work can be seen in collections in Korea, Turkey, Europe and the US.

Award-winning artists Valda Jackson MRSS (Member of the Royal Society of Sculptors) and Rodney Harris MRSS, collaborate on public art projects.  They have been commissioned by a range of public and private clients across the UK for brick relief sculpture within new architecture.  Four Brick Reliefs, commissioned by the Peabody Trust at the St. John Hill’s Estate in Clapham, London, won the Marsh Award special prize for Excellence in Public Sculpture from the Public Monuments and Sculpture Association (PMSA) in 2017.
www.jacksonandharris.co.uk