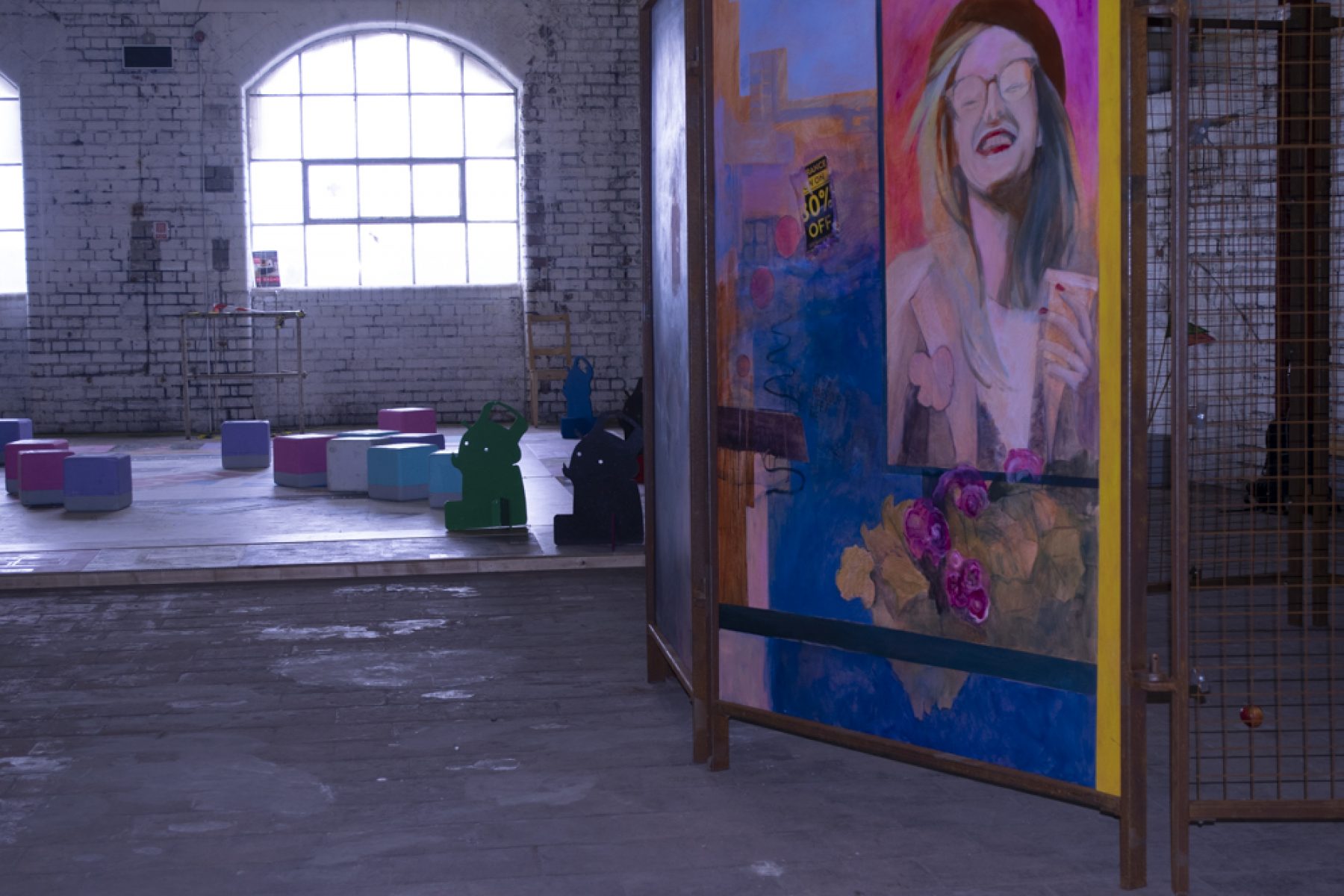 Veronica Vickery, The Best of Bristol Living (2020) Installation incorporating painting, steel fence, projected performance to camera and a floor-sized board game, own photograph

Veronica Vickery is a visual artist with an interdisciplinary background in art and cultural geography. Her current work is focussed on the margins between bodies, sites and cultural spaces and the biological complex of bodies (human and more-than-human) exposed by pandemic and revealed through the microscope. She works through research-led, slow-burn projects utilising a range of media including painting, performance to camera and sculptural materials. Her working process is heavily influenced by geographical interests from methods (fieldwork) to concerns/theory (politics of landscape, bodies and materiality).

Recent work (2020) includes two large-scale installations for Centre of Gravity at the Old Soapworks, Bristol appropriating development marketing materials to respond to the history of the building as a department and DIY store. Her work has been included in shows at Tate Exchange (2019), the Pavilion, Hauser & Wirth Somerset (2017) and the survey show Imagined Landscapes, Royal West of England Academy (2016).

Her art-practice-based PhD in cultural geography (Exeter, AHRC funded, 2016) considered landscape to be in an often violent, persistent process, beyond the cultural framings of landscape-as-image. Academic highlights include performance-lectures at Dartington (2016), Cardiff University (2015), and presentations at the American Association of Geographers (San Francisco, 2016) and the Royal Geographical Society (2012-17). She publishes academically at the intersection of art and geography.