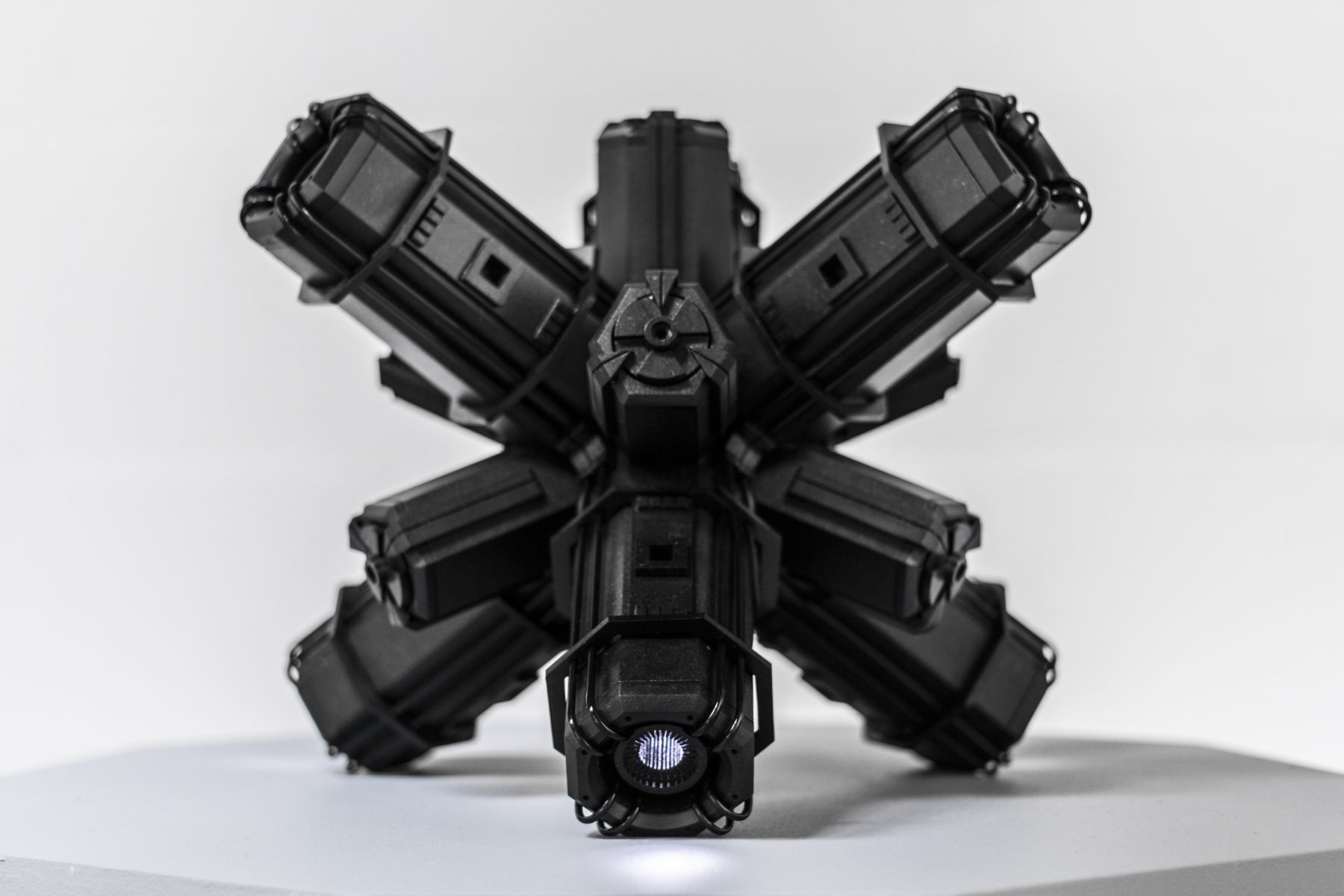 Informed by the aesthetics of science fiction, Rowe utilises the particularities of his materials to meticulously sculpt mysterious objects from wood, creating mechanical, robotic and part-organic forms from an unknown, perhaps dystopian, future.

Rowe had his first major solo exhibition at Mission Gallery, Swansea in 2011 and won the Pangolin Editions excellence in sculpture award in 2013. Rowe continues to exhibit his work nationally, including in Bristol, Exeter, Cornwall, Coventry and Birmingham.