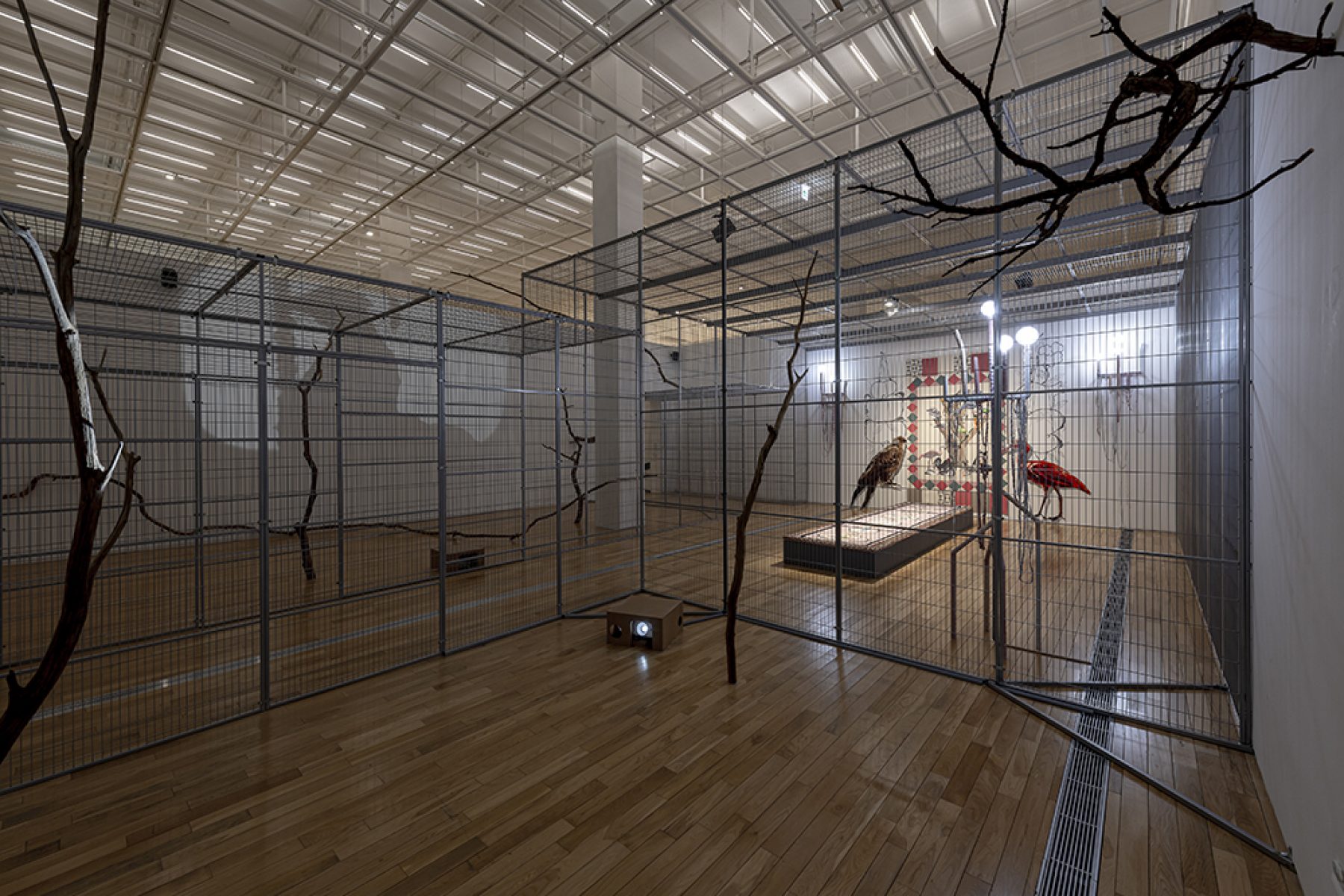 Young In Hong is a visual artist working across the mediums of textile, drawing, installation, sound and performance. In her work, unique inventions in sound and movement combine in new ways with investigations of the image; its history and its reinvention. This can be seen in the way she incorporates found images that document the human cost of Korean modernisation in the movement of living bodies and in how her textile work invents new iconographies for our time. She is interested in the potential of the artistic sensibility to uncover stories hidden underneath the surface and traverse different languages to propagate a shared sense of ‘equality’ that cuts across generations, nationality and species.