Daniel Dewar and Grégory Gicquel have been working collaboratively since 1998, and Crêpe Suzette (6 April to 17 June 2012) was their first solo exhibition in the UK.

The pair's work resists much that has become commonplace in contemporary sculptural practice, such as the use of ready made objects and the outsourcing of production to fabricators. They instead favour a physical reengagement with materials and processes, in some cases learning craft techniques to produce their work.

Published to accompany the exhibition, the catalogue includes “Against the Grain: la sculpture à rebours de Dewar et Gicquel”, an essay by Alice Motard; “Sculpture Sessions”, an essay by Zoë Gray; and “La Douanier Rousseau never left Paris...” a conversation between the artists and Spike Island director Helen Legg. All texts appear in both English and French.

The book also contains four full-colour and 76 black and white images of the sculptures and animations created for Crêpe Suzette. 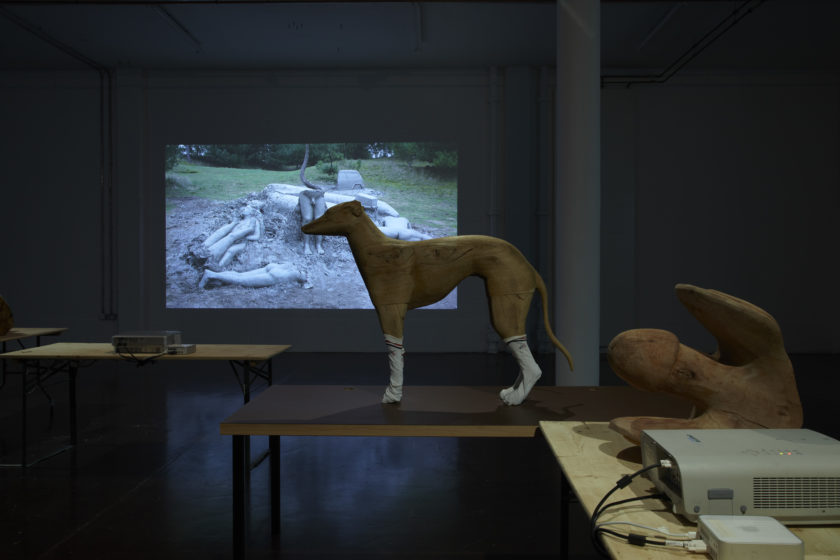