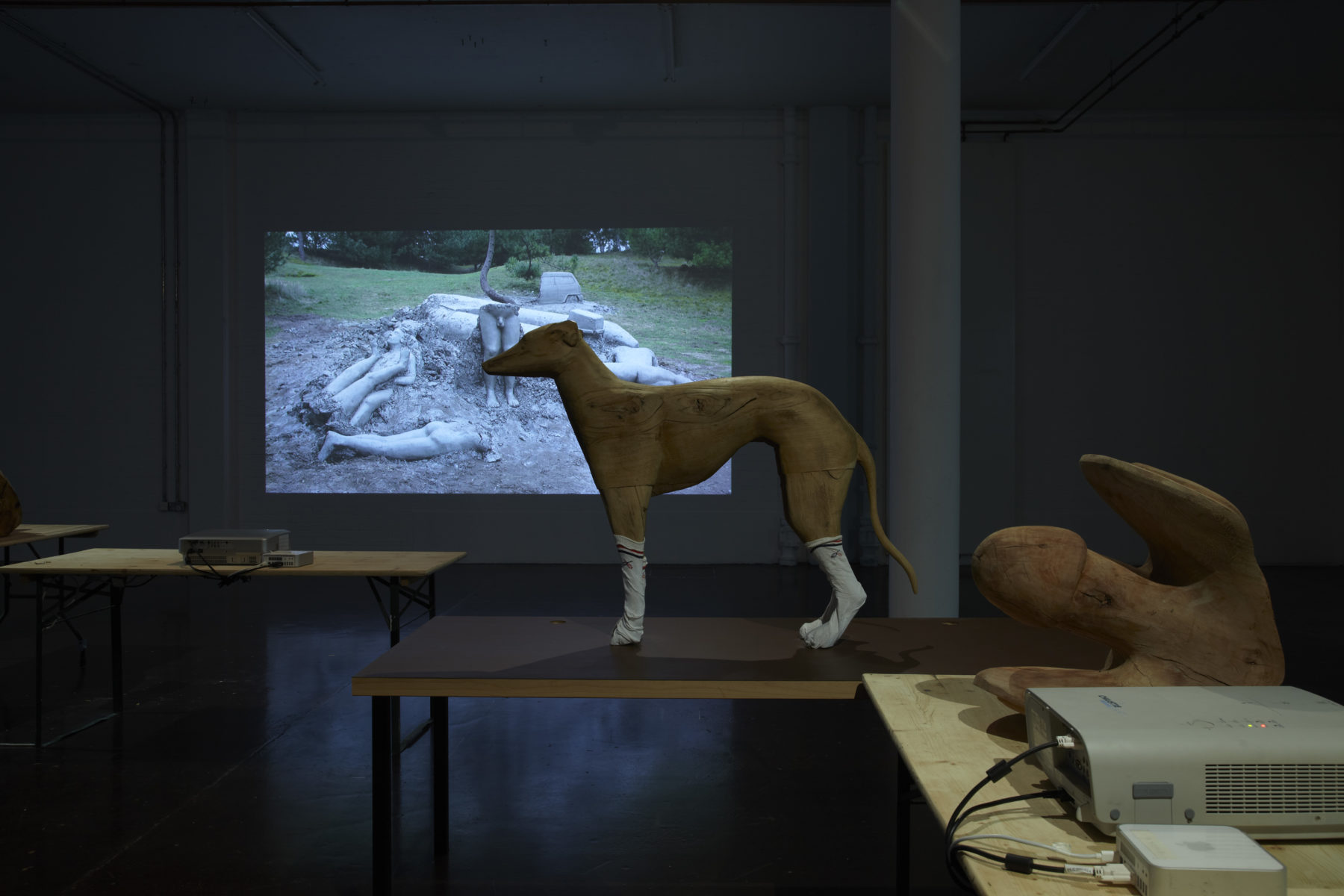 Daniel Dewar and Grégory Gicquel have been working collaboratively since 1998, and Crêpe Suzette was their first solo exhibition in the UK. The pair’s work resists much that has become commonplace in contemporary sculptural practice, such as the use of readymade objects and the outsourcing of production to fabricators. They instead favour a physical reengagement with materials and processes. That this appropriation of the handmade and the crafted is a critical, rather than reactionary response, is made evident by the artists’ knowingly absurd pop- and folk-inflected artworks. 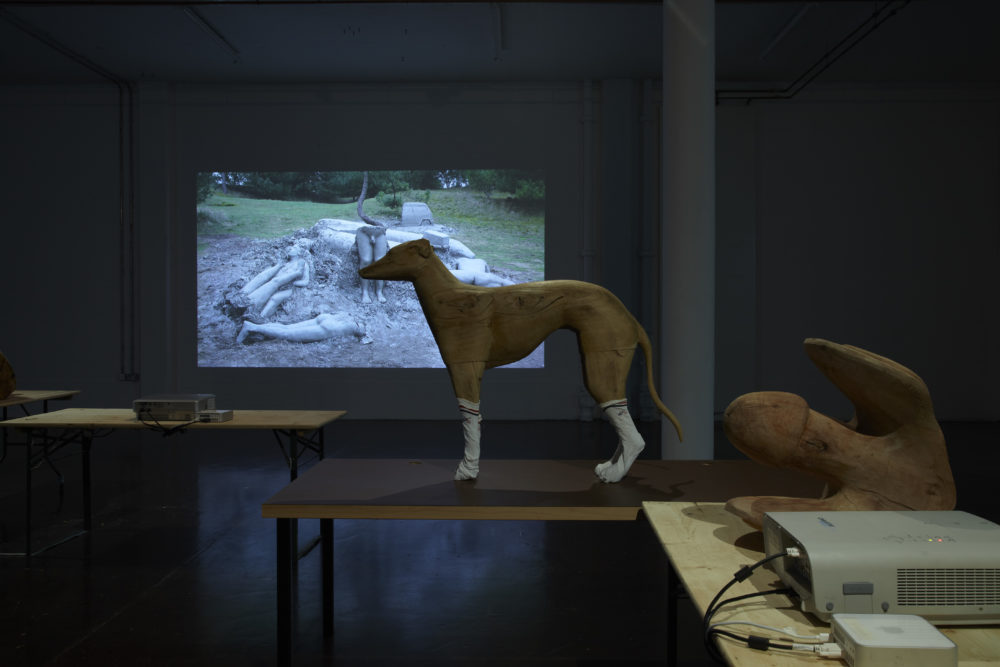 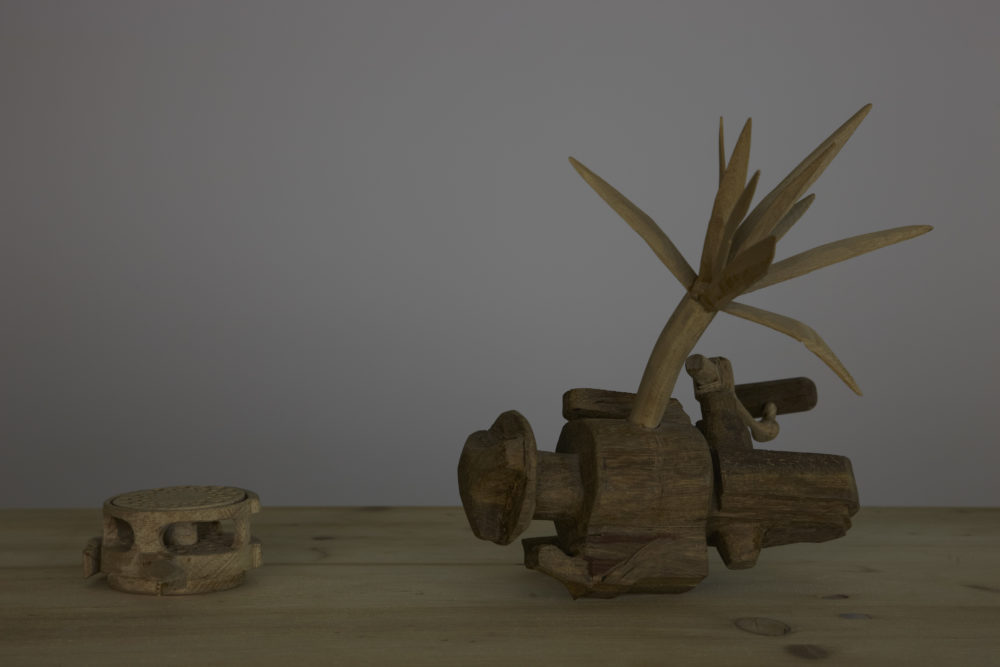 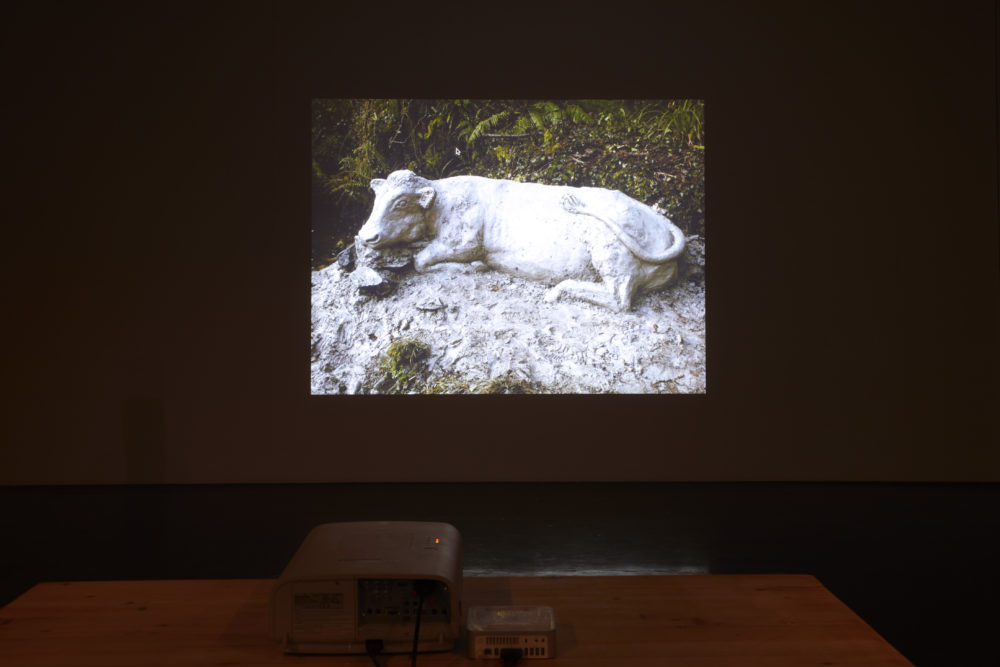 Starting from the position of the amateur, Dewar & Gicquel learn craft techniques to create their work, a procedure valued by the artists because their lack of expertise means they surrender complete control over the things they make. The artists see subversive potential in this gap between intention and outcome.

Crêpe Suzette included animated films that captured huge amounts of clay in varied states from abstract heaps to male nudes. Set in rural environments, these were shot under different lighting conditions using stop motion, the simplest method available. The clay itself was never fired and so always existed in a transitional state; form is fixed only by the photographic image. This process recalls work by British land artists of the 1980s, whose intensely physical practices were frequently reduced to a series of exquisitely beautiful, high gloss images. Dewar & Gicquel’s animations are in part an attempt to re-examine the relationship between an object and its representation by exploring how sculptural an image can be.

“The subject matter is a reason for using a material. The opposite is also true.” – Dewar & Gicquel

Affinities between substance and form — such as that between clay and the figure — are made use of, yet subjects are also regarded as being virtually free-floating, an excuse for material exploration. 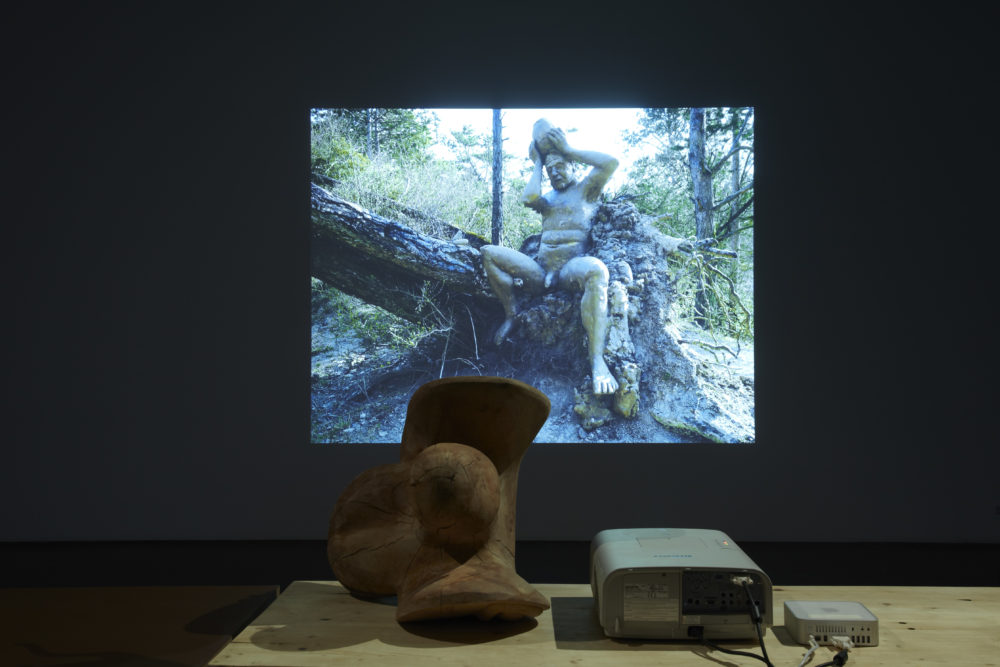 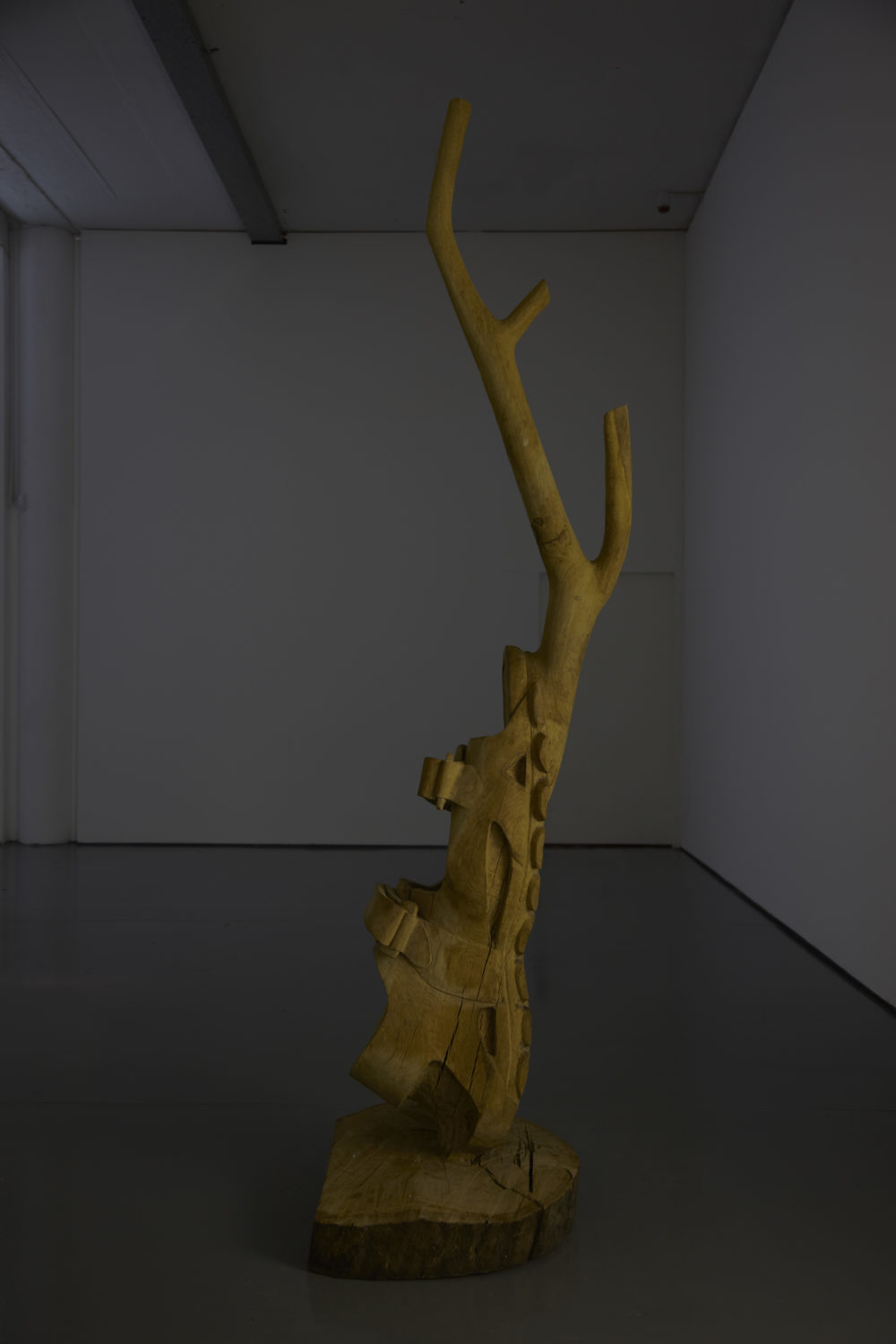 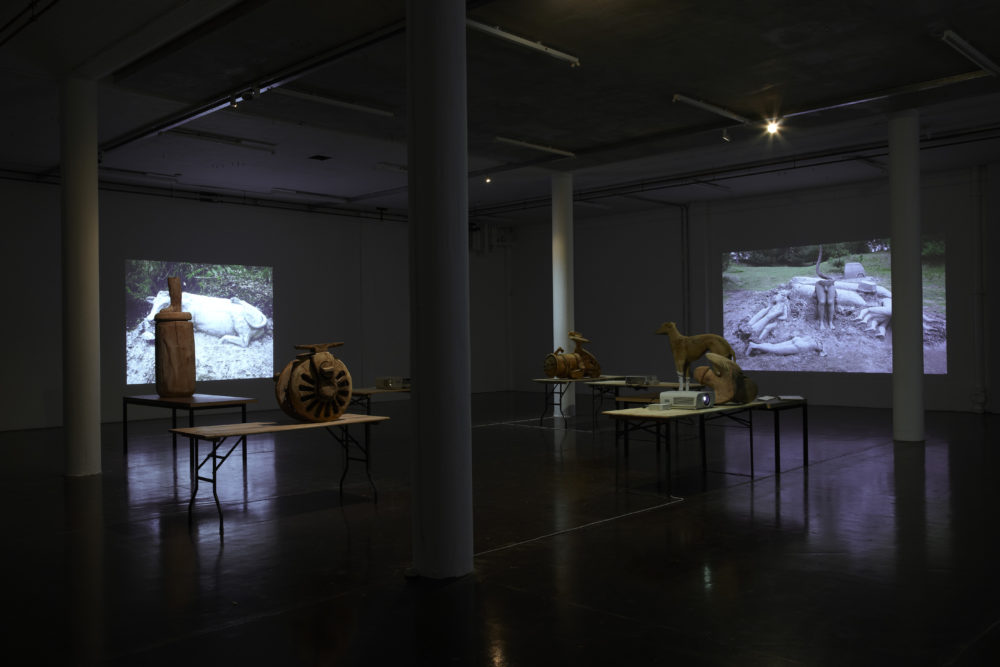 Daniel Dewar (1976) and Grégory Gicquel (1975) have recently presented solo exhibitions at Les Collections de St Cyprien, France (2008), Palais de Toyko, Paris (2007) and FRAC Basse-Normandie, Caen, France (2007). Their work has also been shown as part of ‘Dynasty’ at Palais de Tokyo, Paris, and Musée d’Art Moderne de la Ville de Paris (2010) and “Less is more, more is more, that’s all!” (2008). They work between Bordeaux and Paris and are the 2012 recipients of the Prix Marcel Duchamp. 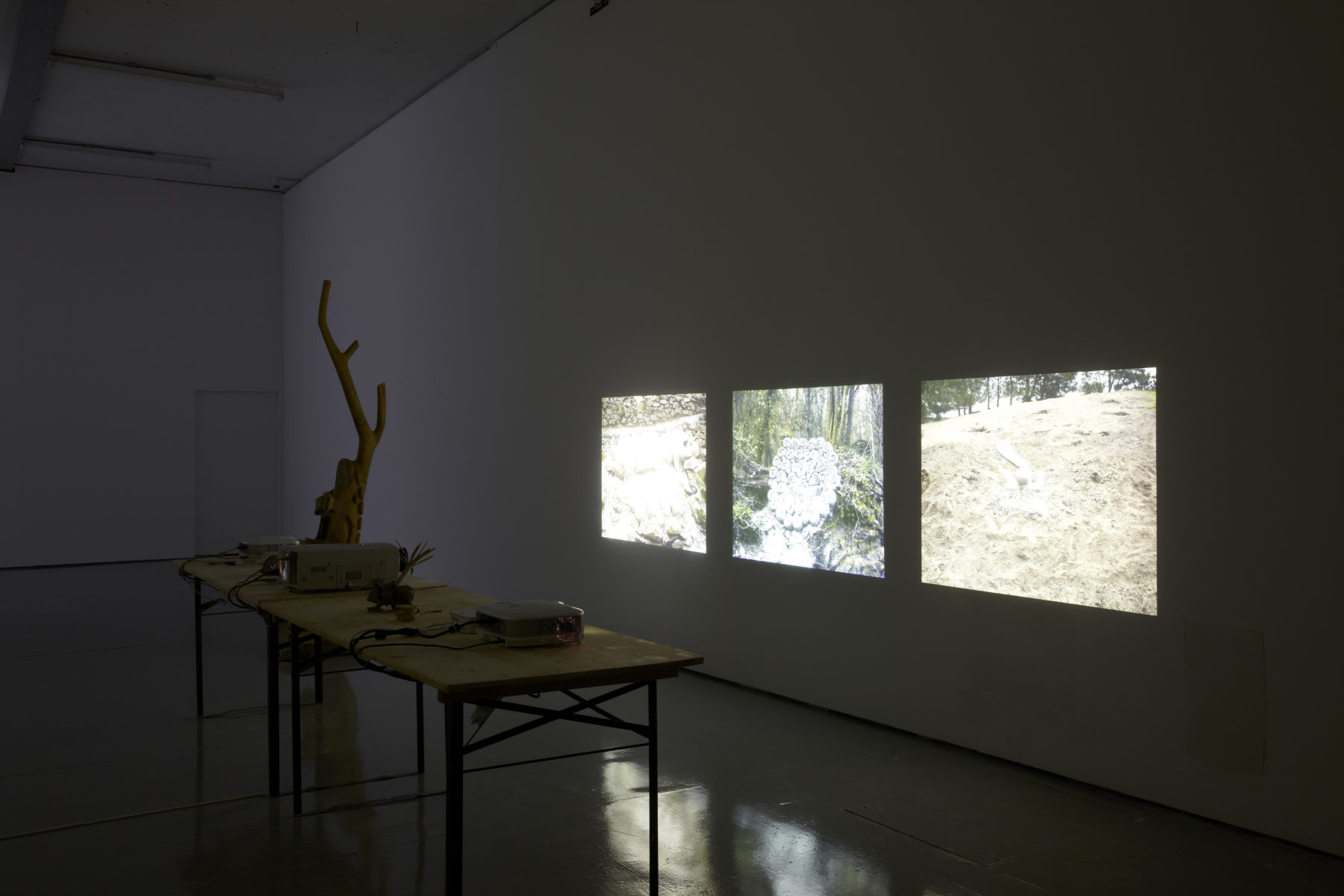