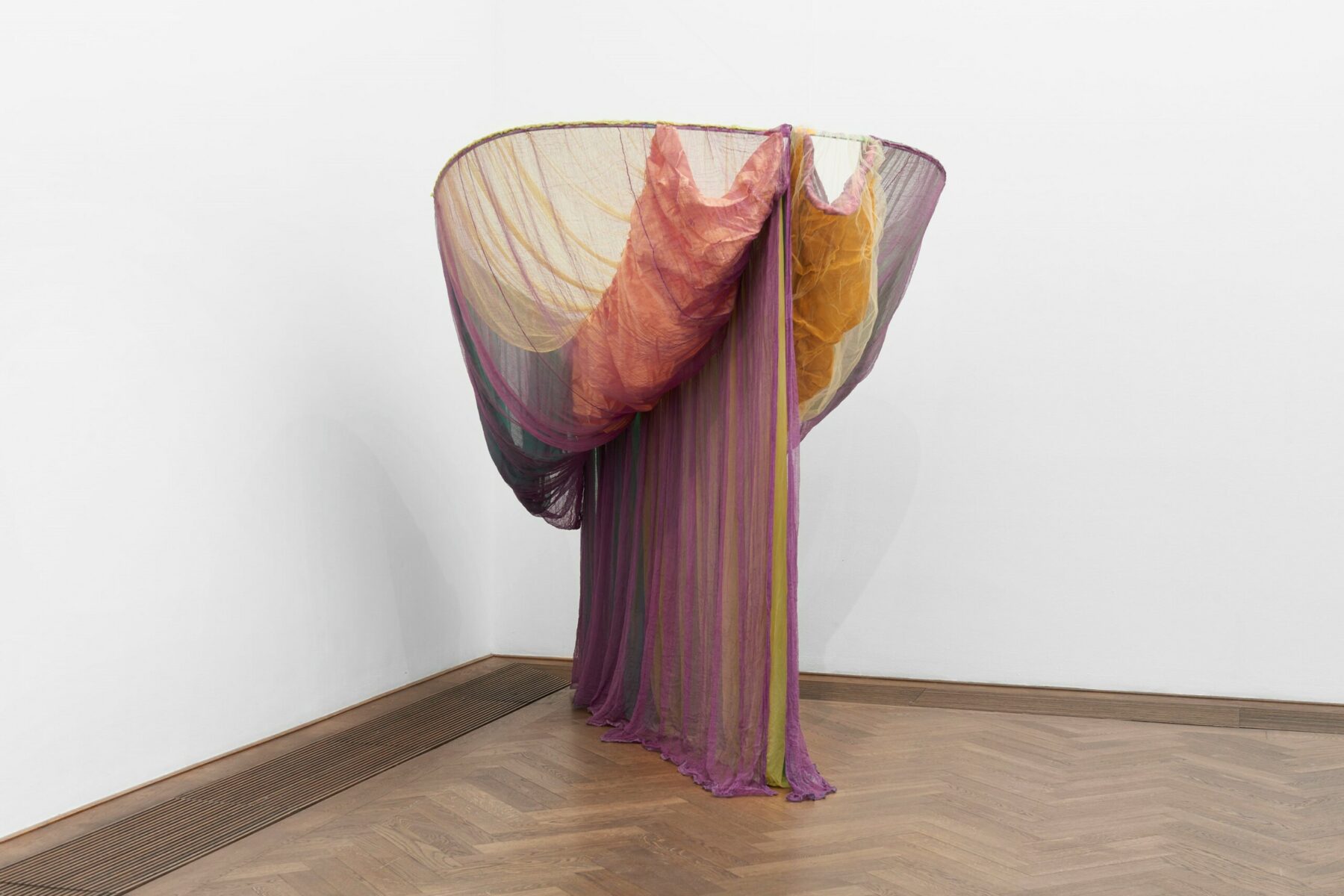 The first exhibition in the UK by American artist Rosemary Mayer (1943–2014). Known primarily for her gauzy and colourful fabric sculptures named after historical women, this survey exhibition provides an overview of the artist’s practice: from early conceptual experiments of the late 1960s, to textile sculptures and drawings made in the early 1970s, and performances and ‘temporary monuments’ created between 1977 and 1982.

Rosemary Mayer (1943–2014) was a prolific artist involved in the New York art scene from the late 1960s. She was a founding member of A.I.R. Gallery, the first cooperative gallery for women in the United States, and had one of the earliest shows there. During the 1970s and 1980s, her work was also shown at many New York alternative art spaces, including The Clocktower, Sculpture Center and Franklin Furnace, and in university galleries throughout the country. In 1982, her translation of the diary of Mannerist artist Jacopo da Pontormo was published along with a catalogue of her work. Recent exhibitions of Mayer’s work have taken place at Gordon Robichaux, New York (2021); ChertLüdde, Berlin (2020); Lamar Dodd School of Art at the University of Georgia (2017); and Southfirst, Brooklyn (2016). Her work was also included in the exhibition Bizarre Silks, Private Imaginings and Narrative Facts, etc., curated by Nick Mauss at Kunsthalle Basel (2020).

The exhibition is organised in collaboration with Marie and Max Warsh of the Estate of Rosemary Mayer and in partnership with Swiss Institute, New York; Ludwig Forum, Aachen and Lenbachhaus, Munich.

This exhibition is made possible through support from the Terra Foundation for American Art.