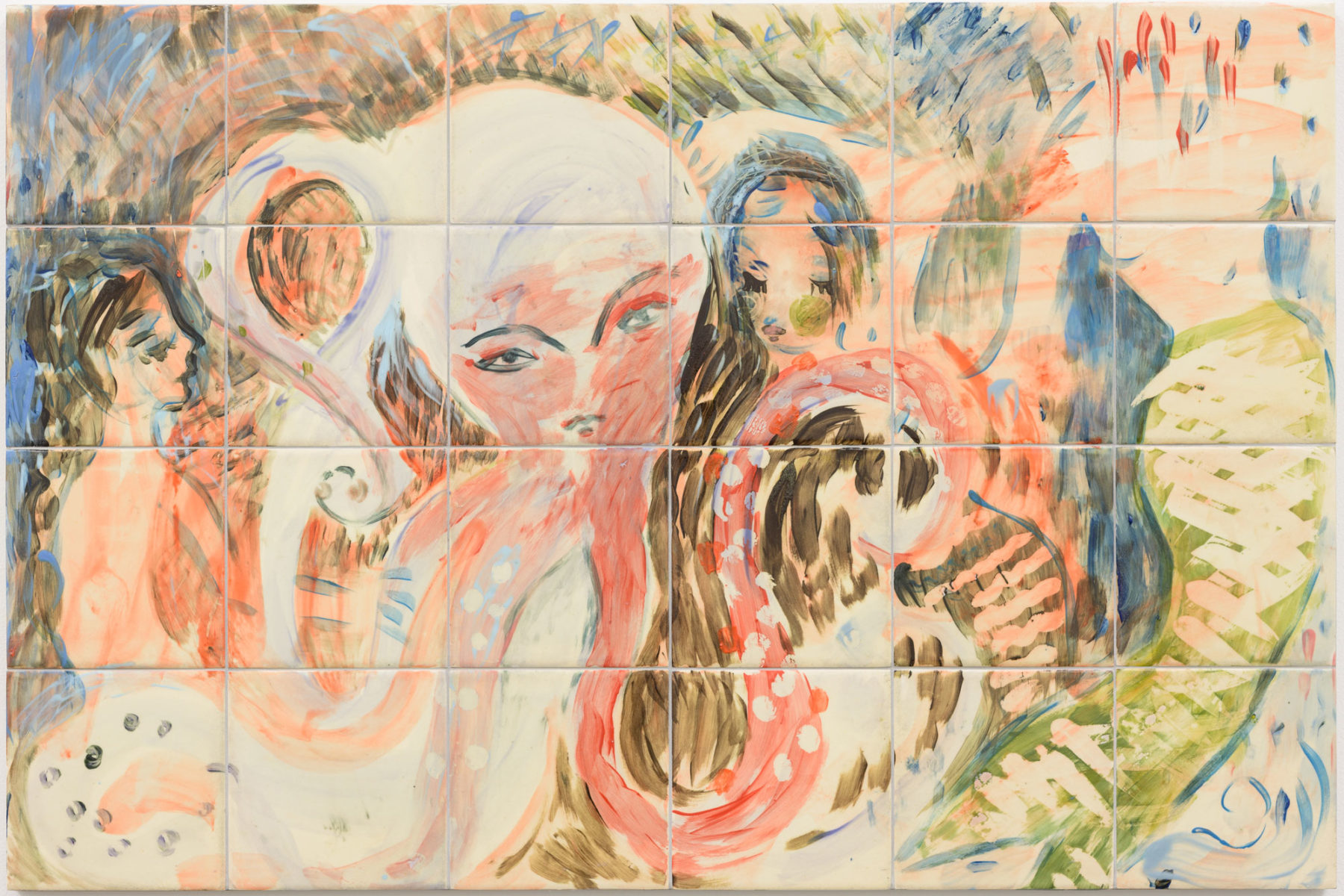 The first major UK solo show and a new commission by artist Lucy Stein. Comprising a new series of coffin-scale paintings, deities carved from soap, and a fully functioning, hand-painted wet room. Building on a lasting engagement with goddess culture, witchcraft and idea of the ‘anima’, the exhibition is based on Stein’s research into the ancient, womb-like Neolithic passages unique to West Cornwall.