When There Is No More Music to Write

When There Is No More Music to Write 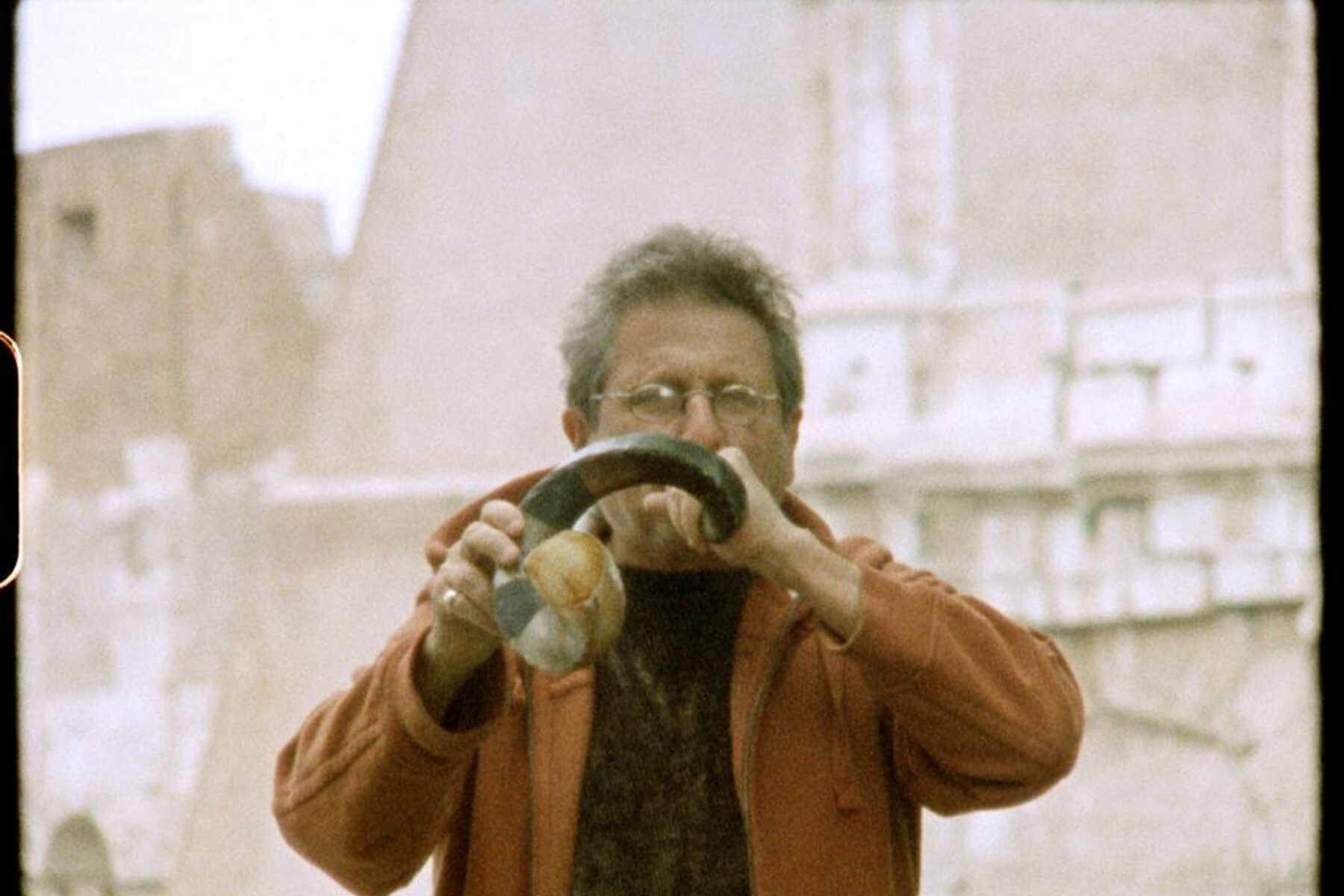 Eric Baudelaire, When There Is No More Music to Write (2022) Film still. Courtesy the artist

Spike Island presents When There Is No More Music to Write, a two-person exhibition by artist and filmmaker Eric Baudelaire and avant-garde composer Alvin Curran. Curated in collaboration with music historian Maxime Guitton, the exhibition includes three new films by Baudelaire, two large-scale ‘sound sculptures’ by Curran, and an archive display assembled by Guitton. Together these works give an overview of Curran’s life and work since the early 1960s, tracing a musical revolution that took place in a time of radical political mobilisations in Italy, which reached a boiling point with the kidnapping and subsequent murder of politician Aldo Moro by the Red Brigades in 1978.

Curran is a key figure in the history of experimental music and has produced many revolutionary sound works that combine composition, improvisation and sound-installation. By broadening the notion of what an instrument can be to include objects from nature and everyday life, his work has opened up a broad range of new musical possibilities. The bustling sounds and chaos he found when he moved to Rome in the mid-1960s captivated him, and the city became a laboratory for his musical research. Shortly after his arrival in the city, he met the Italian electronic music composer Franco Evangelisti, who told him: “Don’t you know that there’s no more music to write?” Over the years this phrase became a model for Curran to follow, opening up new horizons in his musical development, and leading him to embrace improvisation as a way forward.

Baudelaire’s three films build on Curran’s first-person accounts of his life in Rome during the 1960s and 70s. They capture a time that was deeply shaken by revolutionary politics, positioning Curran’s work in the context of an artistic avant-garde infused by the creative possibilities of collaboration and chance. When There Is No More Music to Write (2022) combines Super 8 footage recorded by Baudelaire in the Roman landscapes that inspired Curran’s work with found footage from various archives, echoing the music that Curran created with found sounds. A Lost Score (2022) merges image fragments from Michelangelo Antonioni’s 1970 film Zabriskie Point with the original but unused score that Curran composed together with the improvisational group Musica Elettronica Viva, which he co-founded with Frederic Rzewski and Richard Teitelbaum in 1966. Finally, Four Flat Tires (2022) takes us to the morning of Aldo Moro’s kidnapping, revisiting this historic event through the prism of a little-known anecdote about a Roman flower vendor, Antonio Spiriticchio, who used to sell flowers at the intersection where Moro was kidnapped, but who wasn’t present that morning because his tires were slashed the night before. The story is told with archive footage, excerpts of a police deposition and recollections of former Red Brigades members, with music by Curran and Evangelisti.

The films are presented alongside two large-scale ‘sound sculptures’ by Curran: a self-playing piano suspended from the ceiling, and a collaborative ‘instrumentarium’ of found musical instruments, compiled together with Baudelaire, Guitton and music and fine art students from Bristol and Sète in France. The ‘instrumentarium’ will be activated during Curran’s live performance BEAMS on Friday 27 May.

These works are accompanied by a broad range of archive material assembled by Guitton, capturing the research he undertook over a year in Curran’s archives in Rome and Genzano. This material, which includes rare photographs, scores, LPs, concert programs, memorabilia, sketches and posters, gives invaluable insight into Curran’s formative years, from specific solo and collaborative projects to the wider development of his expansive experimental practice across nearly three decades. 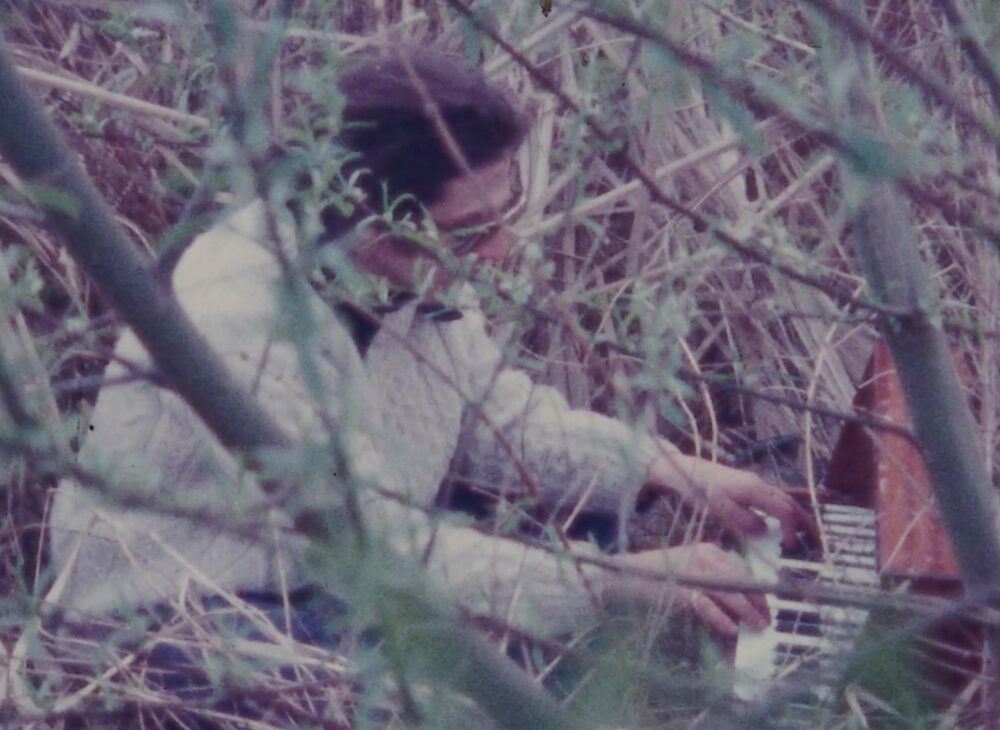 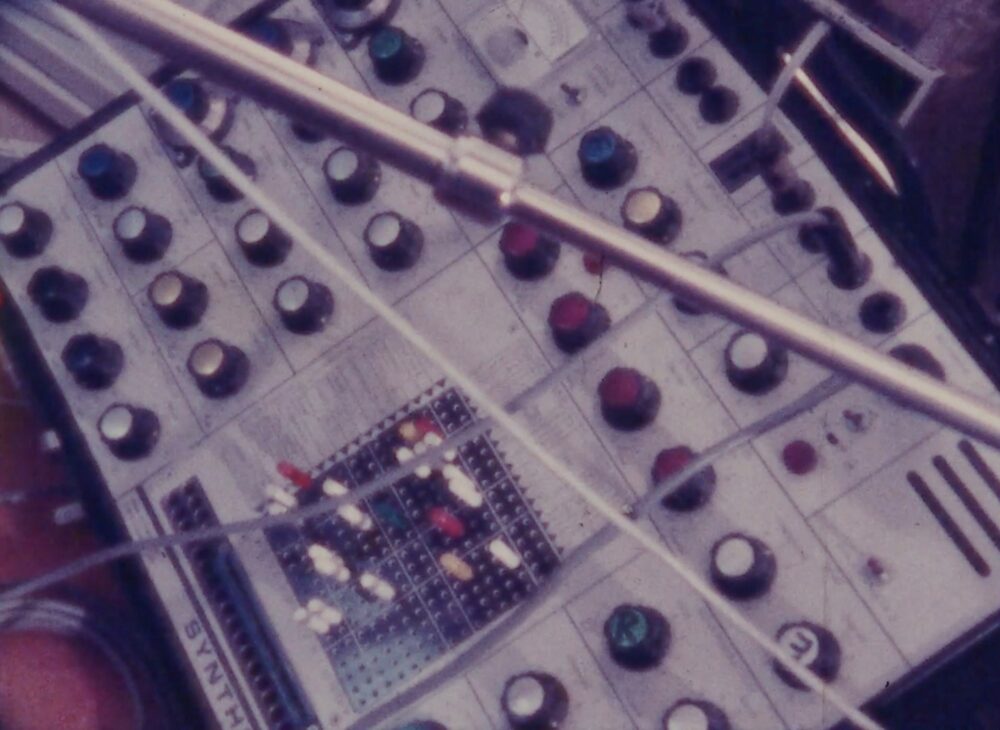 Alvin Curran (b. 1938, Providence, Rhode Island, based in Rome, Italy) has realised a long and fruitful career as a composer, performer, installation artist, writer, and teacher in the American experimental music tradition. He studied with Ron Nelson, Elliott Carter and Mel Powell, and co-founded the group Musica Elettronica Viva in 1966 in Rome. He has taught at Rome’s National Academy of Theater Arts; Mills College, Oakland and the Mainz Hochschule für Musik, Frankfurt am Main. Recent projects include: Concerto for Bathtub and Orchestra (2017); the disintegrating installation – Pian de Pian Piano (2017); Maritime Rites Rome – for musicians on rowboats (2017); A Banda Larga – a street symphony (2018). He has performed at the Teatro Colón (2017); Big Ears Festival (2017); The New York Armory (2018), and collaborated with poet Clark Coolidge (Other Minds Festival, 2018), pianist Ciro Longobardi, and stage director Achim Freyer (on Der Goldene Topf, 2019). He has published articles in the New York Times, Musiktexte, The Contemporary Music Review, amongst others, and released more than thirty solo and sixty collaborative recordings. A book about his work, Alvin Curran: Live in Roma (2011), was edited by Daniela Tortora, and in 2015 Curran published the alvin curran fakebook, an illustrated compendium of more than two hundred (mostly) notated pieces. In 1975 he won the Logos Award, in 1995 the Leonardo Award for Excellence, and in 2004 he was awarded a Guggenheim Fellowship. He is currently a consultant for the American Academy in Rome.

Maxime Guitton (b. 1977, Dunkerque, based in Marseille, France) is a music historian whose main areas of research — minimalist music and the history of mountaineering — have led him to contribute to musical programmes, workshops, conferences, listening sessions, round tables, radio broadcasts and publications with colleges, arts centres and museums including: ECAL, Lausanne; École du Magasin, Grenoble; Carré d’art, Nîmes; Villa du Parc, Annemasse; Le Plateau, Paris; Bétonsalon, Paris; Le BAL, Paris; Fondation Cartier, Paris; CAPC, Bordeaux and Centre Pompidou, Paris. Between 2009 and 2011 he assisted the composer Éliane Radigue. In 2017-2018, he was a resident at the Villa Medici in Rome where he carried out archival research on Alvin Curran. Guitton is currently the research coordinator and artistic and cultural programmer of the School of Fine Arts in Marseille.

When There Is No More Music to Write is presented in partnership with CRAC Occitanie, Le Centre Régional D’art Contemporain Occitanie / Pyrénées-Méditerranée and Bergen Kunsthall, and is generously supported by Fluxus Art Projects.  In-kind support provided by Yamaha Music Europe GMBH (UK) (Yamaha) and Mickleburgh Ltd.