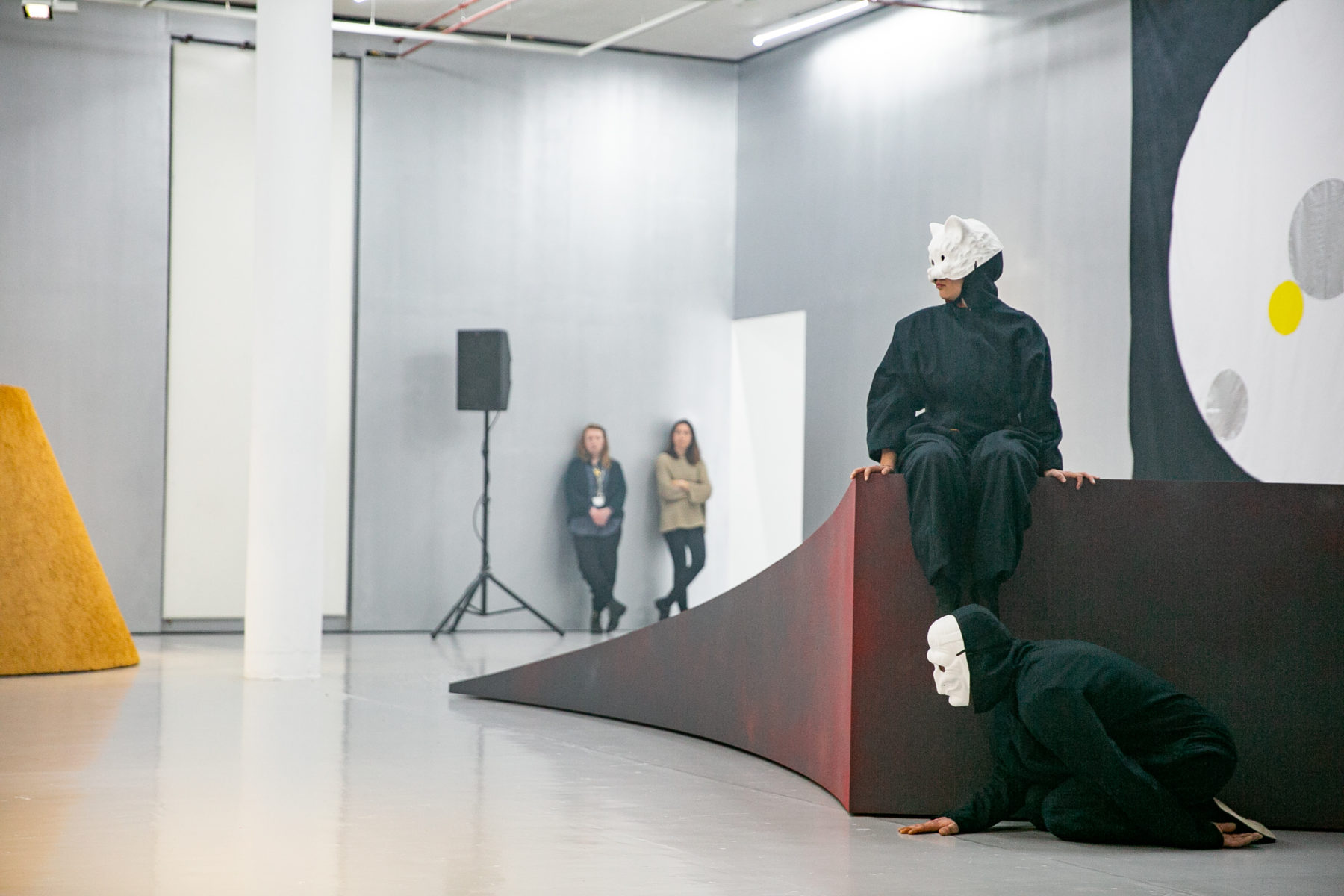 Mai-Thu Perret Performance at Spike Island, Bristol (2019) In collaboration with Perret’s students at the Workmaster program, Labzone and Geneva School of Art and Design (HEAD – Genève), and with UK singer-songwriter Tamara Barnett-Herrin. Photographs by Lisa Whiting

Mai-Thu Perret’s performance activates the sculptural elements of her Spike Island exhibition and plays with the ongoing cultural relevance of the witch as fairy tale bogey woman, feminist icon, and working class heroine.

You find them in ill-looking spots, growing all lonely and ill-famed amidst ruins and rubbish-heaps. Therein lies one other point of resemblance between these flowers and her who makes use of them. For where else than in waste wildernesses could live the poor wretch whom all men thus evilly entreated; the woman accursed and proscribed as a poisoner, even while she used to heal and save; as the betrothed of the Devil and of evil incarnate, for all the good which, according to the great physician of the Renaissance, she herself had done? When Paracelsus, at Basle, in 1527, threw all medicine into the fire, he avowed that he knew nothing but what he had learnt from witches. 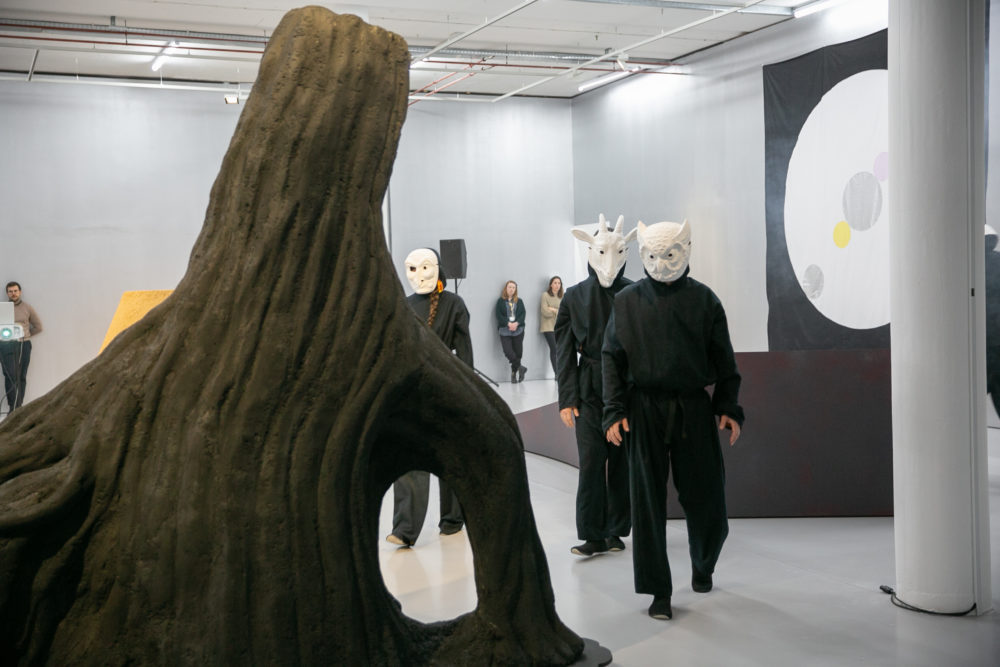 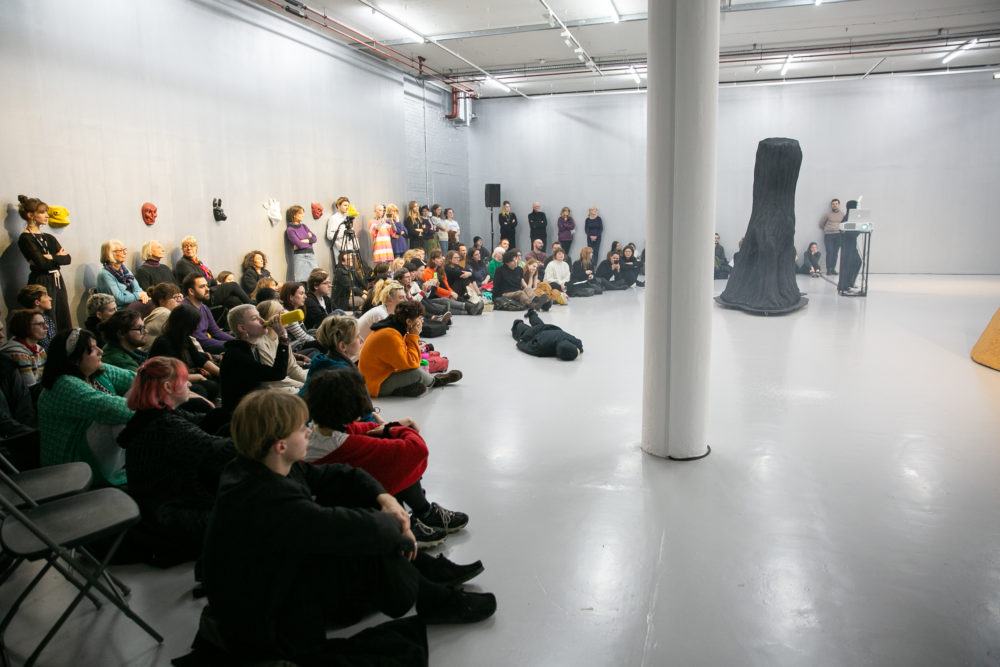 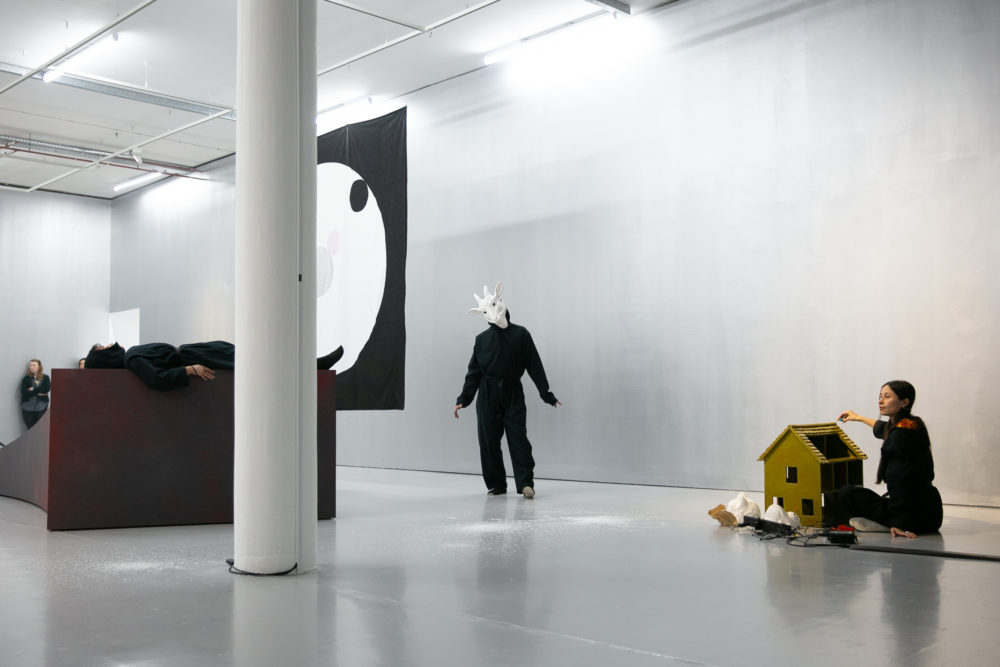 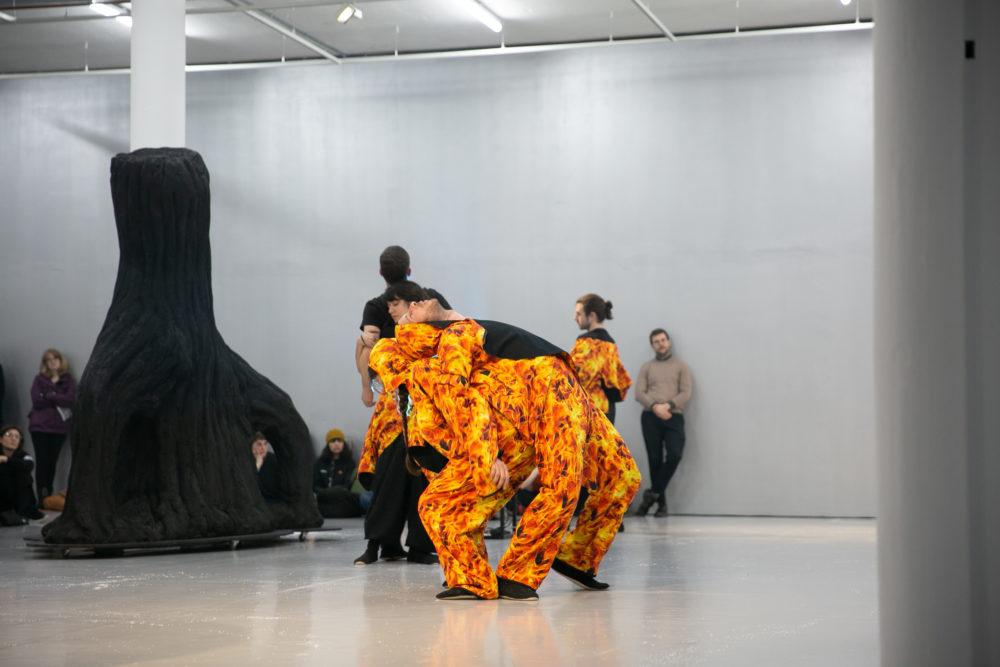 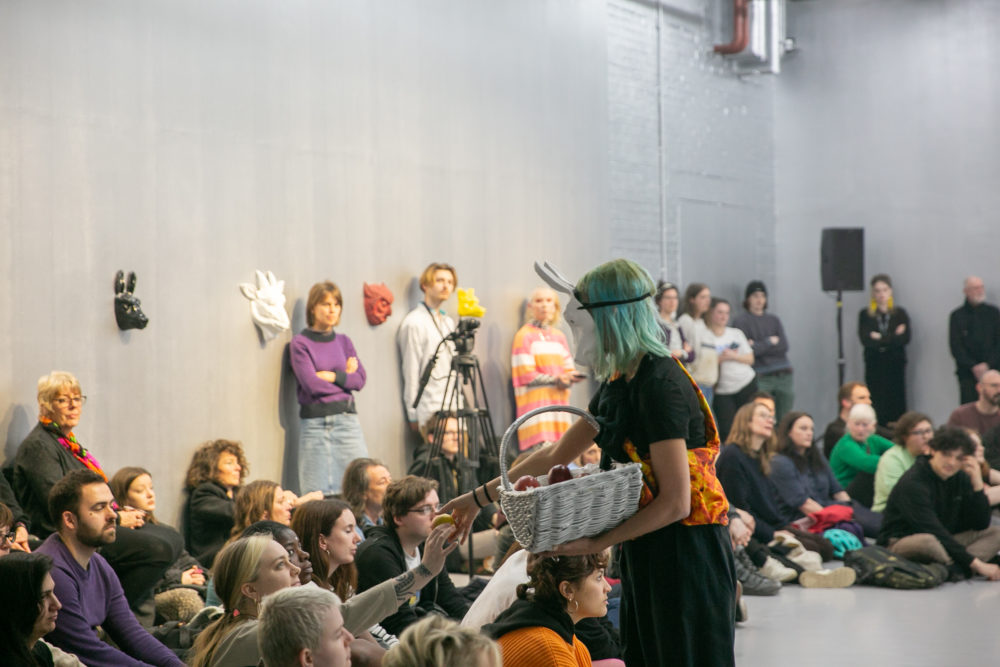 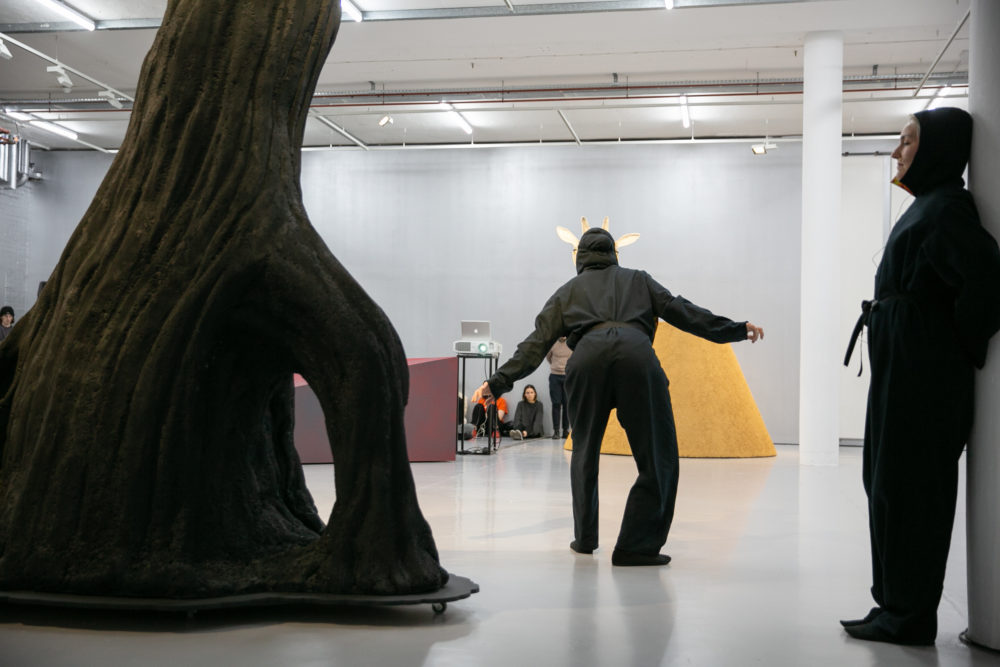 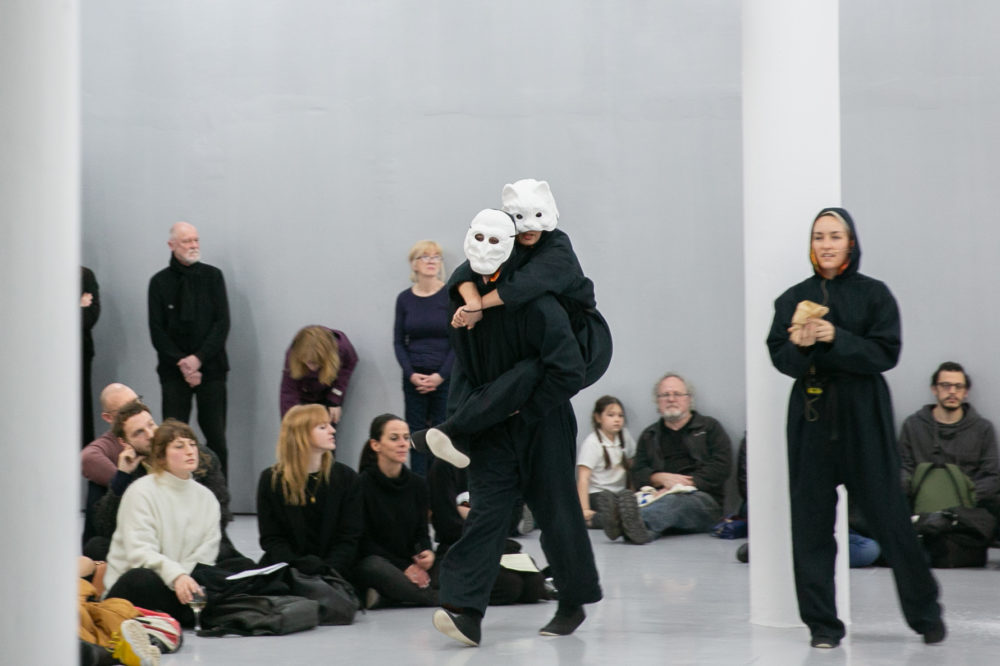 Watch an Instagram live feed from 7pm via @Ocula.art
https://www.instagram.com/ocula.art/

This performance was produced during a workshop at the Work.Master program, Geneva School of Art and Design (HEAD – Genève). 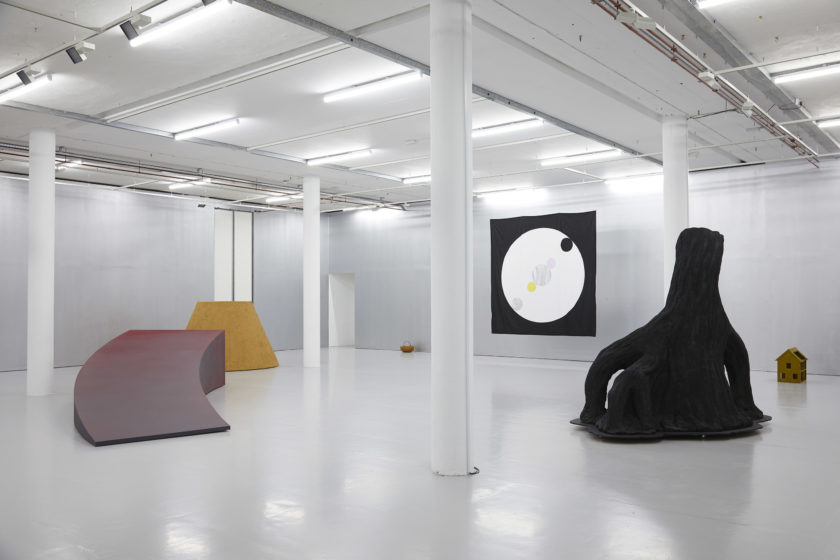