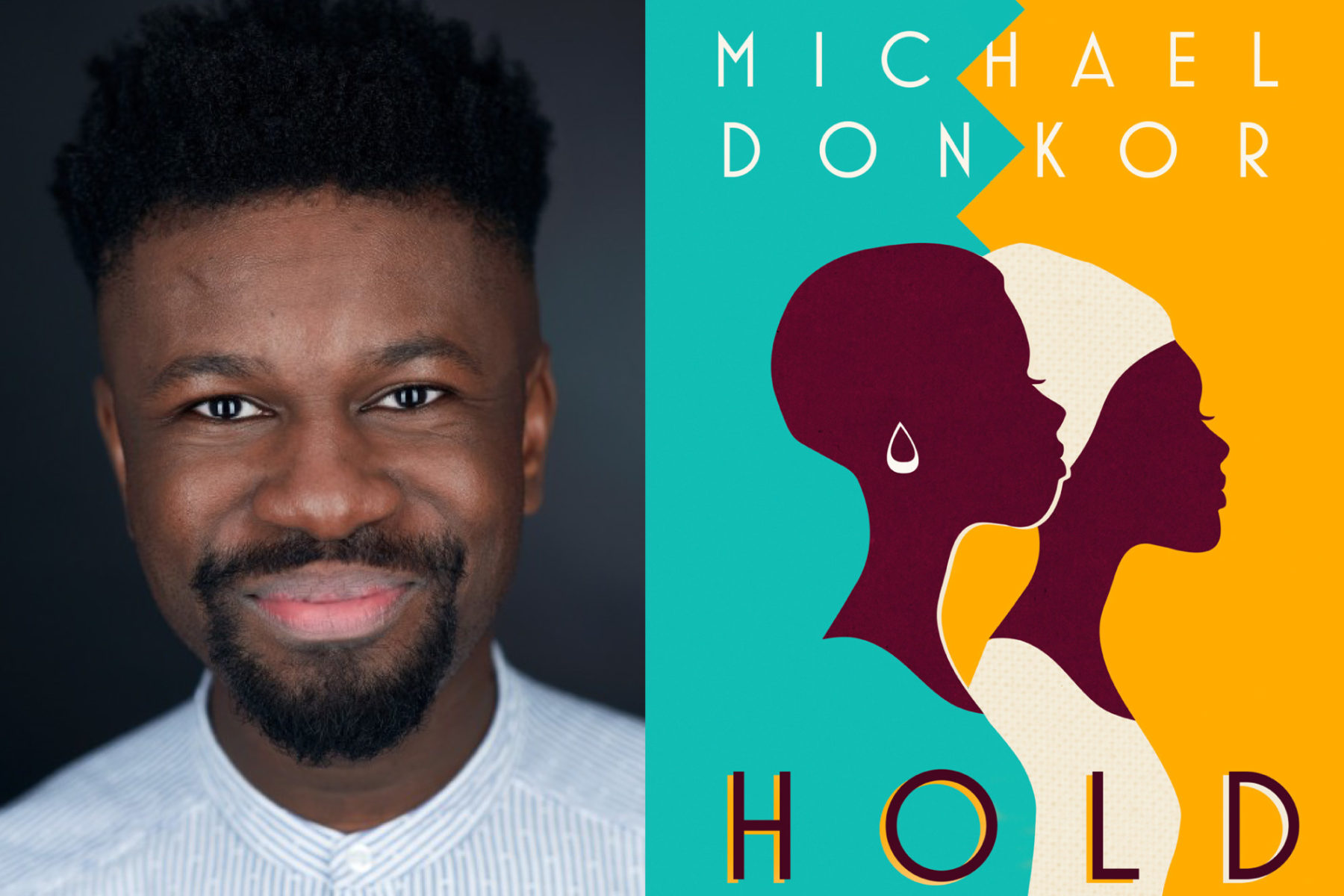 Moving between Ghana and London, Michael Donkor’s Hold is an intimate, powerful coming-of-age novel. It’s a story of friendship and family, shame and forgiveness; of learning what we should cling to, and when we need to let go.

Michael is joined in conversation by Madhu Krishnan, Professor of African, World and Comparative Literatures, Department of English, University of Bristol.

Michael Donkor was born in London in 1985. He was raised in a Ghanaian household where talking lots and reading lots were vigorously encouraged. Michael read English at Oxford where he developed a particular interest in the works of Woolf, Lessing and Achebe, and later undertook a Masters in Creative Writing at Royal Holloway.

His first novel, Hold, which explores Ghanaian heritage and questions surrounding sexuality, identity and sacrifice, was published by 4th Estate in 2018.

Donkor worked in publishing for a number of years, but eventually decided to put his literary enthusiasms to other uses: in 2010, he retrained as an English teacher. Since then he has taught A Level English, trying to develop a curious excitement about books and storytelling within his students. In 2014 Michael Donkor was selected by Writers Centre Norwich for their Inspires Mentoring Scheme, and worked with mentor Daniel Hahn.

Each month we invite a debut novelist to read from and talk about their work in an informal setting. Prior knowledge of the text is not essential. Topics of discussion include theme, structure, inspiration and the craft of writing. These sessions are a great way to discover new writing talent and unique books.