In Our Mad and Furious City

In Our Mad and Furious City 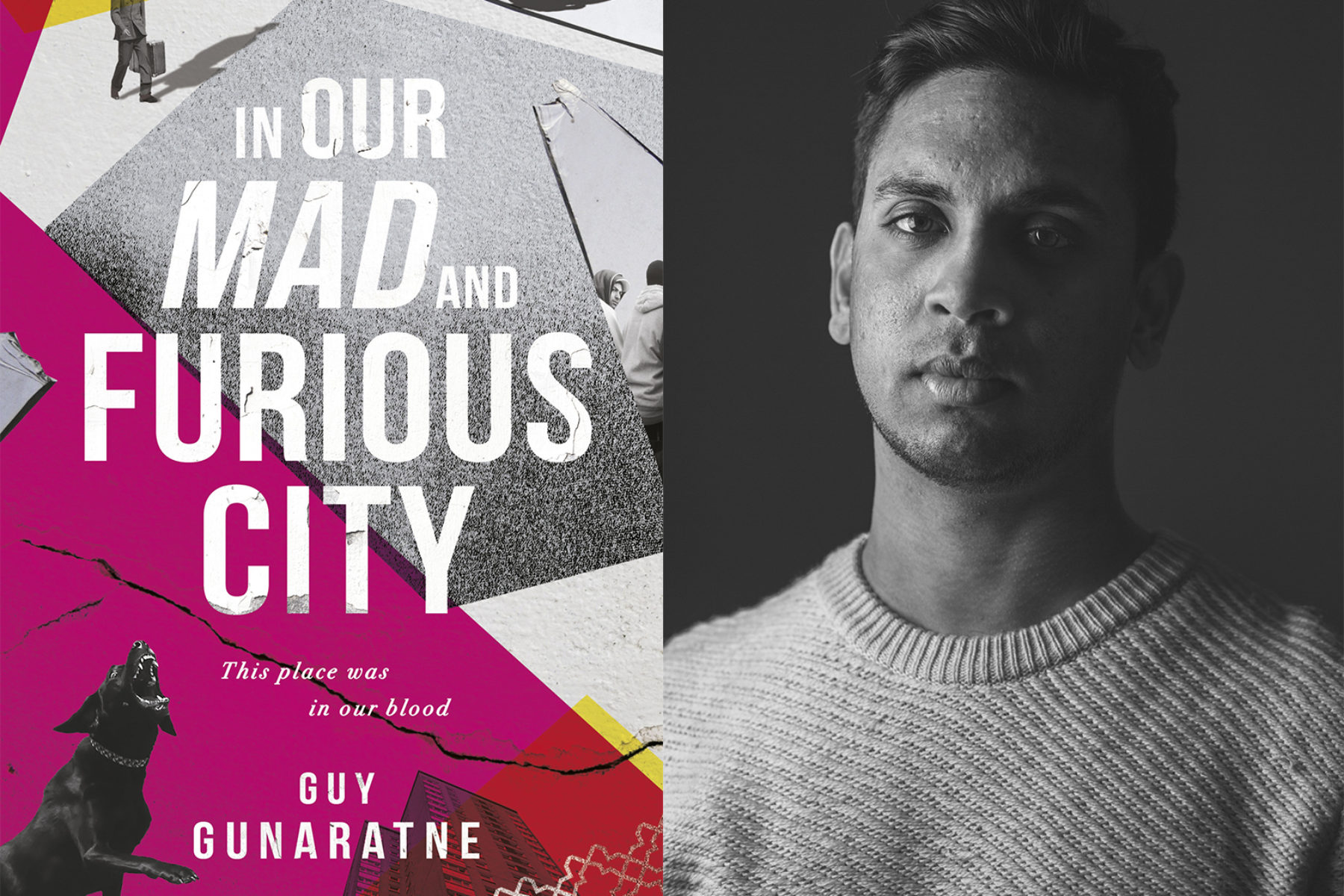 Guy Gunaratne talks about his blistering debut novel, In Our Mad and Furious City, an unforgettable portrait of 48 hours on a London council estate. Longlisted for the Man Booker Prize 2018.

Guy Gunaratne was interviewed for our Novel Writers: The Warm Up podcast

“Desire, desperation, fear and the slashed rhythms of Wiley and Skepta run through this tale of three young men in a jagged London suburb” – The Guardian

For Selvon, Ardan, and Yusuf, growing up under the towers of Stones Estate, summer means what it does anywhere: football, music, and freedom, but now, after the killing of a British soldier, riots are spreading across the city, and nowhere is safe. While the fury swirls around them, Selvon and Ardan remain focused on their own obsessions, girls, and grime. Their friend Yusuf is caught up in a different tide, a wave of radicalism surging through his local mosque, threatening to carry his troubled brother, Irfan, with it. Provocative, raw, poetic yet tender, In Our Mad and Furious City marks the arrival of a major new talent in fiction.

Each month we invite a debut novelist to read from and talk about their work in an informal setting. Prior knowledge of the text is not essential. Topics of discussion include theme, structure, inspiration and the craft of writing. These sessions are a great way to discover new writing talent and great books. The series is a partnership with Bristol Festival of Ideas.

Guy Gunaratne grew up in North West London and has worked as a designer, documentary filmmaker and video journalist covering post-conflict areas around the world, as well as co-founding two technology companies. He was shortlisted for the 4th Estate/ Guardian Books B4ME Short Story Prize.