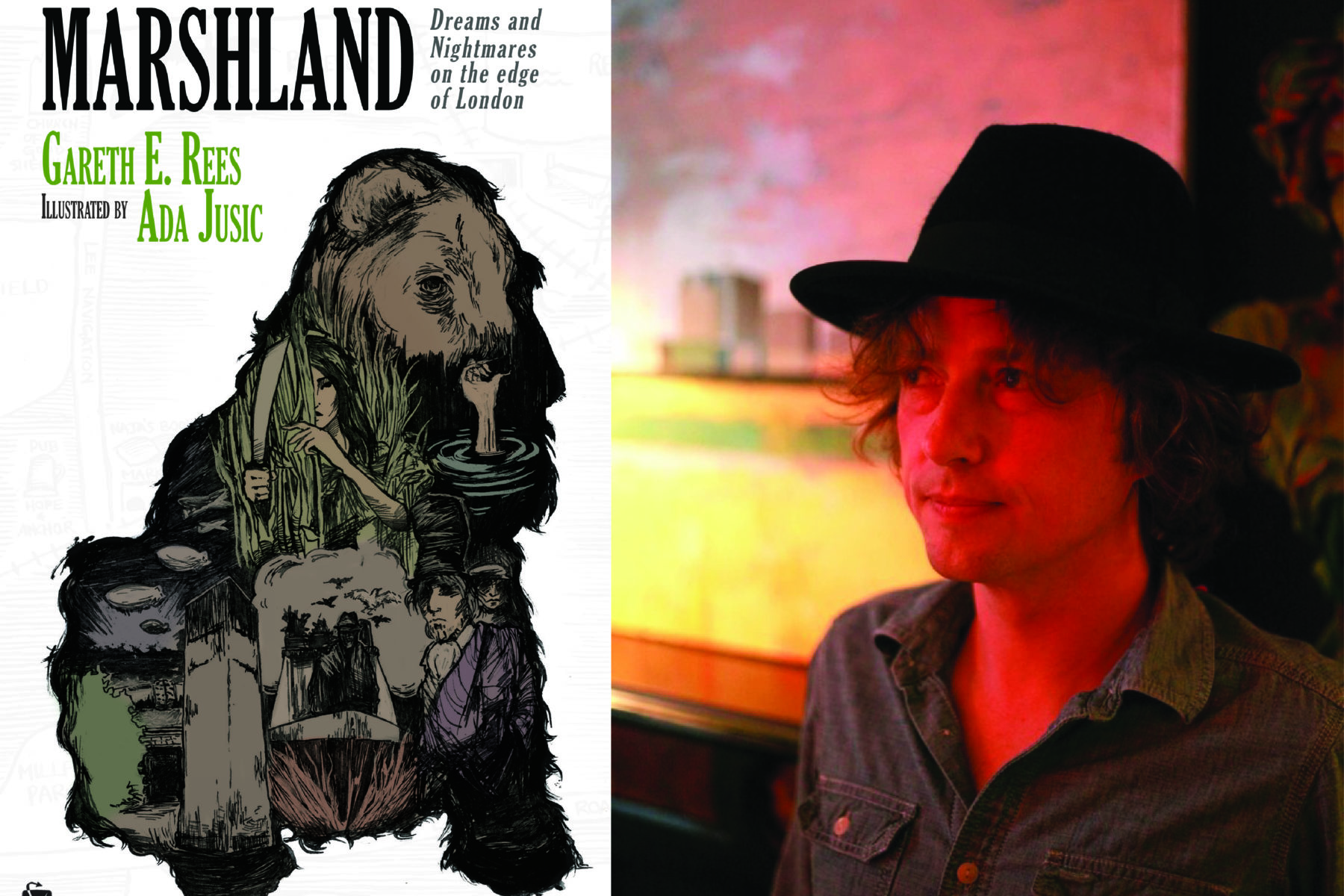 Rees’ novel follows the author in a semi-fictional journey around the marshes of East London as he encounters a lost world of Victorian filter plants, ancient grazing lands, dead toy factories and tidal rivers, introducing tales of bears, crocodiles, magic narrowboats and apocalyptic tribes. An informal session where questions and discussion from attendees is encouraged, Novel Writers also features readings from the author and an opportunity to purchase the book.

“Marshland is simply essential reading for anyone engaged in locality, the literature of place, the sociology of hinterlands, the pressure points between the human and the natural or just lovers of darned good writing.” – Dexter Petley, Caught by the River

Following the session, Rees joined Walthamstow ensemble Jetsam for a special performance of their 2012 collaboration based on his writing, A Dream Life of Hackney Marshes, a dark sonic journey through the edgelands of London, mixing orchestration, spoken word and electronics.

Jetsam are an eclectic ensemble who create and perform original and commissioned works as well as contemporary repertoire. Their collaboration with Rees has been performed in venues across London, including The Union Chapel, The Vortex Jazz Café, and The Bishopsgate Institute, supporting Hillary Hahn and Hauschka.

Gareth E. Rees is author of Marshland: Dreams & Nightmares on the Edge of London and chief blogger at www.unofficialbritain.com. His stories and essays have appeared in Mount London: Ascents In the Vertical City, Acquired for Development By: A Hackney Anthology, The Ashgate Research Companion to Paranormal Cultures and Jetsam’s spoken word/classical album A Dream Life of Hackney Marshes. His long essay about memorialisation in the landscape will be published in Walking Inside Out: Contemporary Psychogeography in 2015.