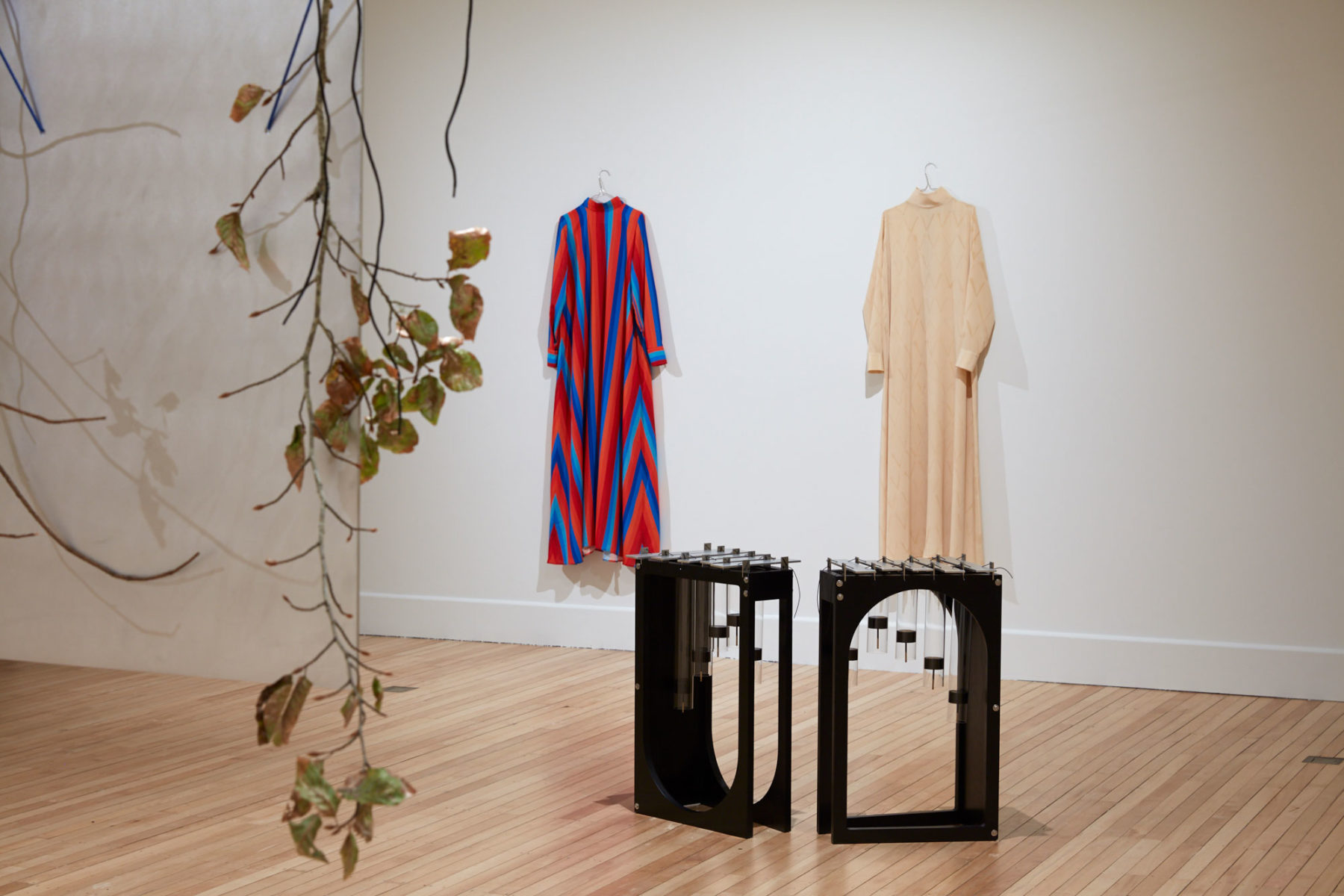 Sriwhana Spong discusses her exhibition and the wider themes in her work with curator Vera Mey, whose area of focus is modern and contemporary Southeast Asian art.

In this conversation Spong and Mey relate the experience of the exhibition space to aspects of Indonesian household architecture. They illuminate artworks in the exhibition through discussion around Balinese painting, gamelan, temple structures, mythology and everyday animist practices drawing upon Vera Mey’s research around temple paintings during the Cold War era.

Vera Mey commenced PhD studies at SOAS in 2016. Prior to this, she spent several years working as a contemporary art curator in institutions including ST PAUL St Gallery, AUT University, New Zealand and the NTU Centre for Contemporary Art, a contemporary art research centre in Singapore led by Prof. Ute Meta Bauer. More recent independent work has included co-curating and curating exhibitions in New Zealand, Bangkok, Paris, Phnom Penh, Shanghai, Singapore, and Tokyo including in 2017, SUNSHOWER: Contemporary art from Southeast Asia 1980s to now at the Mori Art Museum and National Art Centre Tokyo which was the largest survey of Southeast Asian artists to be exhibited, working in a team led by Mami Kataoka. In 2015-16 she was a scholar on Ambitious Alignments: New Histories of Southeast Asian Art, a research initiative of the Getty Foundation. She is co-founder of the peer reviewed journal SOUTHEAST OF NOW: Directions in Contemporary and Modern Art in Asia published by NUS Press (Singapore).