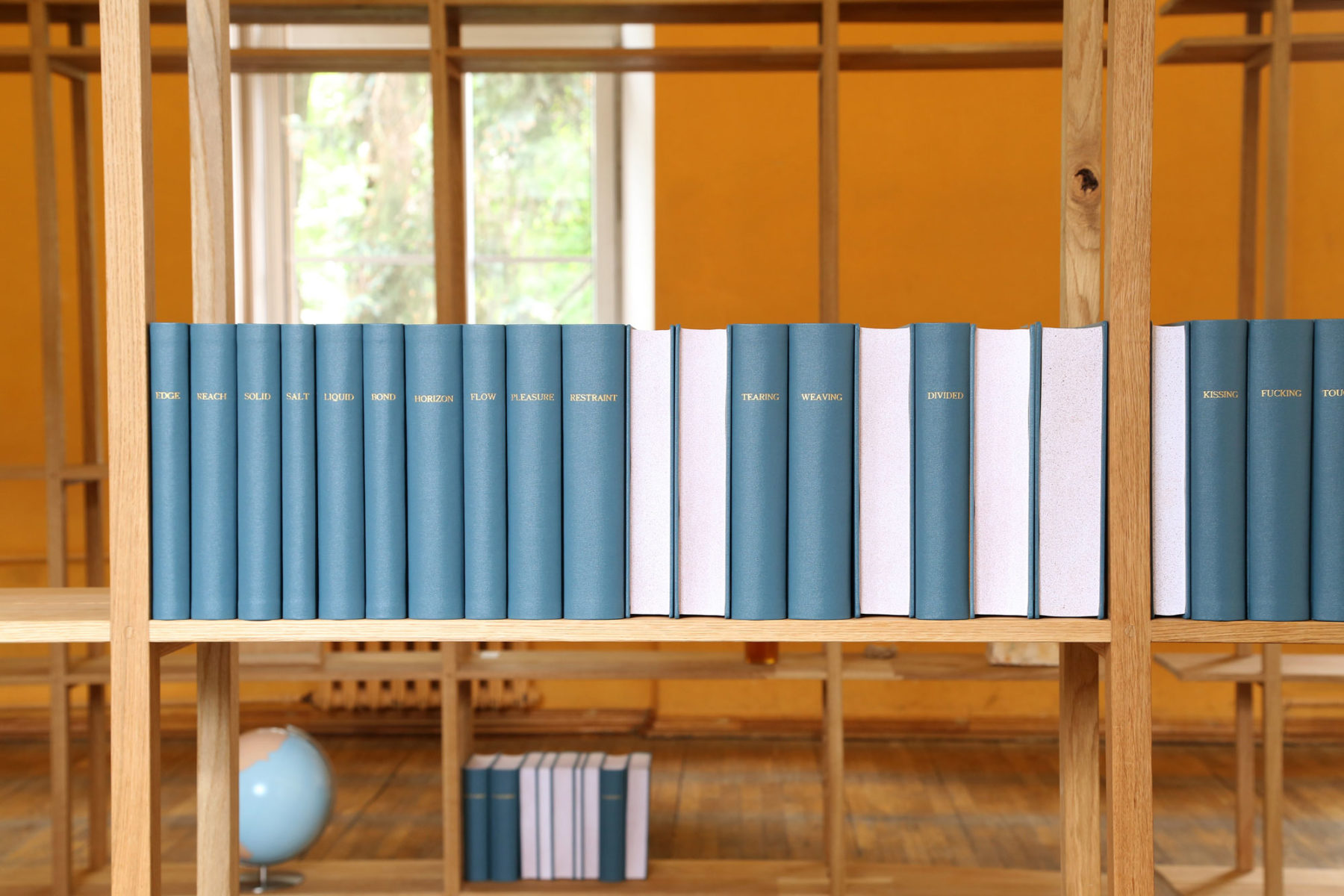 Canadian poet Anne Carson’s book Eros: The Bittersweet (1983) has been a long-standing influence on Meriç Algün’s work. To coincide with her exhibition, Dr Laura Jansen and Dr Rebecca Kosick from the University of Bristol and British poet Alice Oswald discuss some of the central subjects in Carson’s oeuvre.

Anne Carson is a professor of classics, a poet, an essayist, and a translator, and also the librettist, with Claudia Rankine, of The Mile-Long Opera: A Biography of 7 O’Clock, staged in October 2018 on the High Line. Her many books include Float, Red Doc, The Albertine Workout, Nox, Men in the Off Hours, Autobiography of Red, Eros the Bittersweet, and Glass, Irony, and God. She is also the translator of If Not, Winter: Fragments of Sappho and Antigonick. “I would read anything she wrote,” Susan Sontag said.

Laura Jansen is Senior Lecturer in Classics & Comparative Literature at the University of Bristol. She works on Greek and Latin languages, literature and philosophy, with a specific focus on comparative classicisms, and the tradition of classical antiquity in twentieth-century writing. She is the author of Borges Classics: Global Encounters with the Graeco-Roman World (Cambridge, 2018), volume editor of The Roman Paratext: Frame, Texts, Readers (Cambridge, 2014), and editor of the award-winning monograph Bloomsbury series Classical Receptions in Twentieth-Century Writing. Currently, Laura is completing a monograph on Classical Absences: Antiquity and its Dissemination in Transcultural Modernisms and editing a volume on Anne Carson/Antiquity.

Rebecca Kosick is a Lecturer in the School of Modern Languages at the University of Bristol and co-director of the Bristol Poetry Institute. Her research focuses on poetry’s relationship with the visual arts and other media, particularly in the Americas during the 20th century and contemporary periods. A poet and translator, Rebecca has published creative work in such venues as the Iowa Review and is contributing to a forthcoming chapbook from Small Press. This Maths Poems chapbook arose from recent collaborations between poets and mathematicians at the University of Bristol’s Brigstow Institute.

Alice Oswald studied Classics at Oxford and then trained as a gardener. She worked in gardens for seven years before publishing her first book of poems, The Thing In The Gap-Stone Stile, which won the Forward Prize in 1996. She was writer-in-residence at Dartington Hall from 1996-8 and there wrote her long poem Dart, which won the T.S. Eliot prize in 2002. Other collections have won the inaugural Ted Hughes award (Weeds And Wildflowers), the Hawthornden prize (A Sleepwalk On The Severn) and the Warwick prize (Memorial). In 2009 she won a Cholmondeley award for her contribution to poetry. She is married with three children and lives in Devon. Her new collection, Falling Awake, was published by Jonathan Cape in July 2016, was shortlisted for the Forward Prize for Best Collection 2016 and the T.S. Eliot Prize 2016, and was the winner of the Costa Poetry Award 2016. In June 2017 she was awarded the International Griffin Poetry Prize 2017.