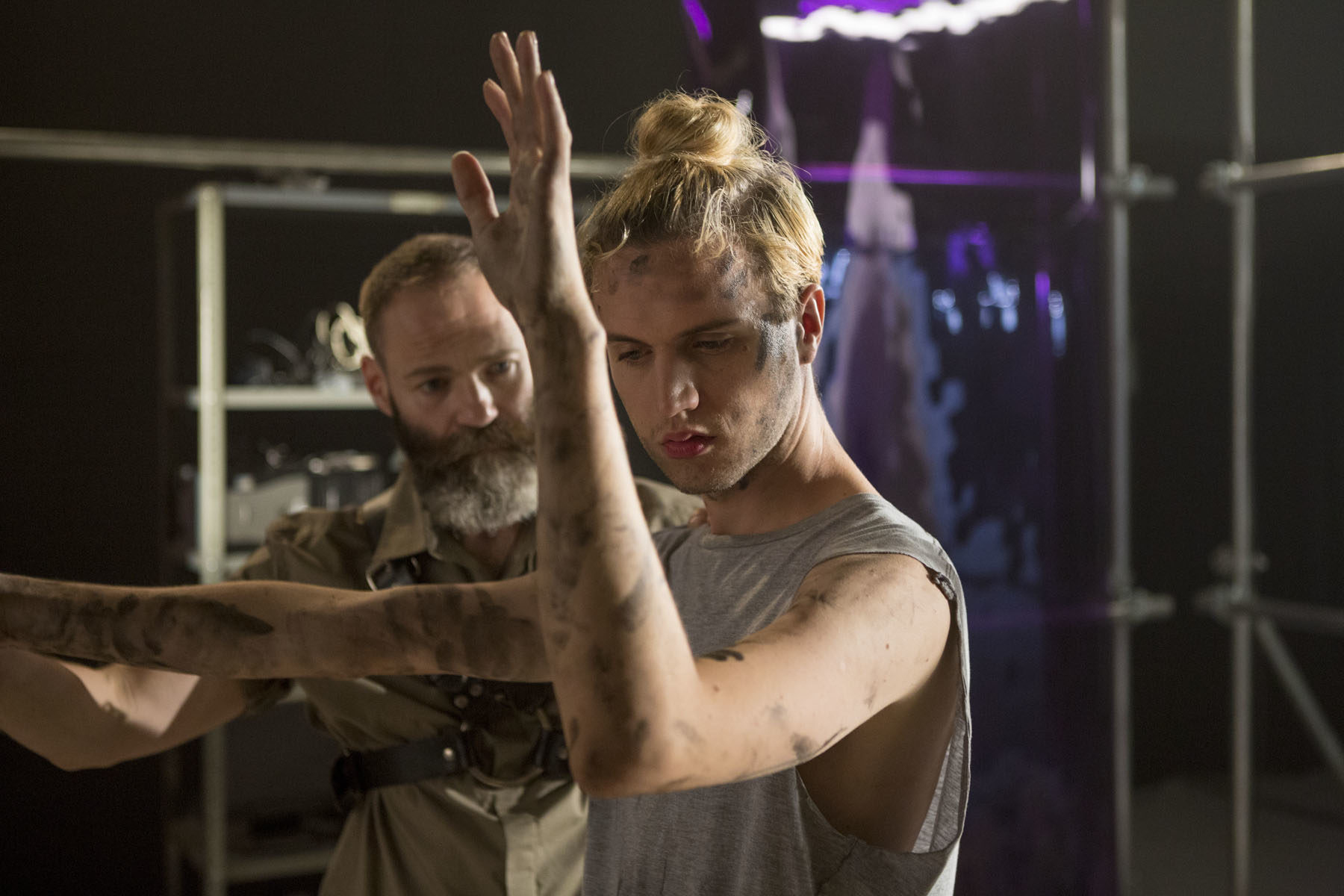 The film cites the Tom of Finland Foundation in Los Angeles as a living archive and home to the collection of work of the erotic artist and queer icon and a community of people that care for it. Observational footage shot at the Foundation is intercut with a series of choreographed performances between the artist and an actor within a stylized stage set. The film is motivated by an interest in the multiple and layered functions of the building – as archive, domestic space and an organisation with an active agenda – but also the role of the Foundation as a site of desire and sexuality.

Filming for The Foundation took place both at Spike Island, Bristol and at the Tom of Finland Foundation in Los Angeles in 2014. 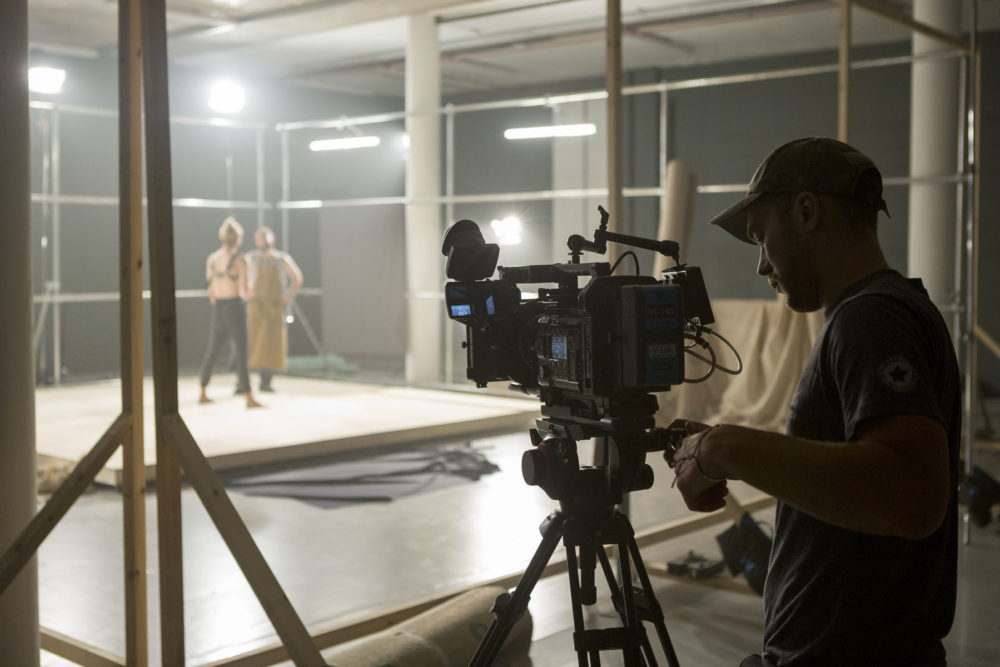 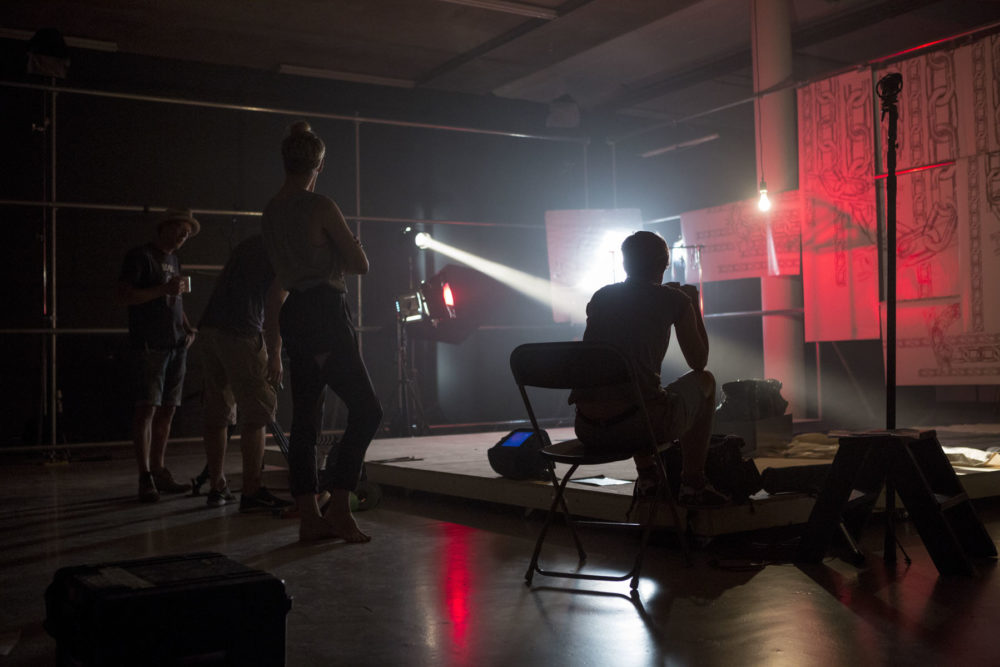 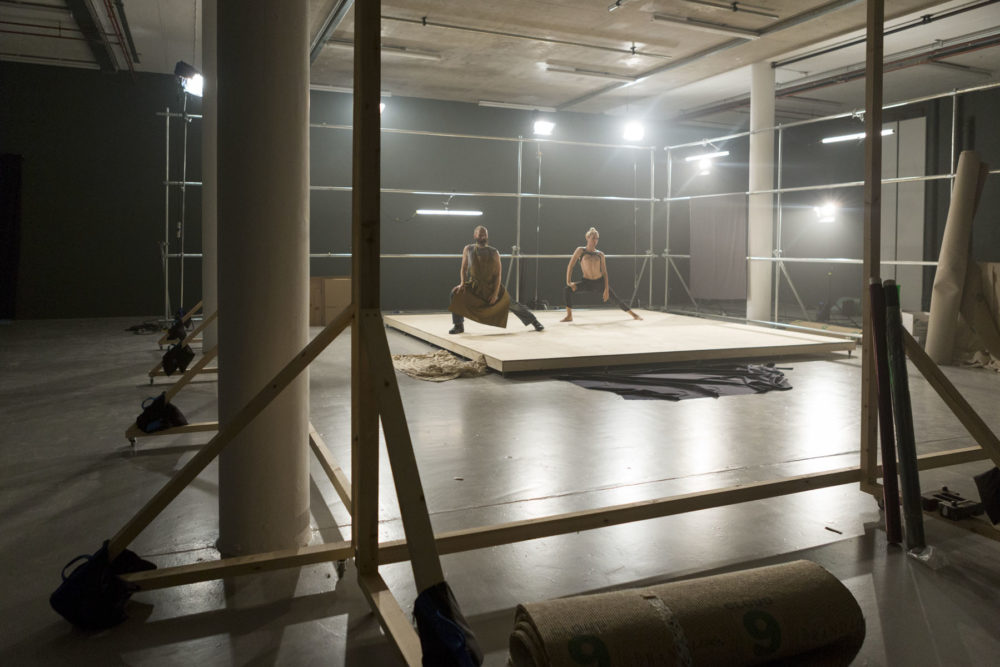 Patrick Staff (b.1987, Bognor Regis) lives and works in London and Los Angeles. They have exhibited extensively, gaining significant recognition and awards for their work which is held in private and public collections internationally. Staff received their BA in Fine Art and Contemporary Critical Studies from Goldsmiths University of London in 2009. They completed the LUX Associate Artists Programme and studied Contemporary Dance at The Place in London, in 2011. Their work has been exhibited at the Museum of Contemporary Art, Los Angeles (2017); New Museum of Contemporary Art, New York (2017); Contemporary Art Gallery, Vancouver (2016); Serpentine Galleries (2015); Chisenhale Gallery (2015); Tate Liverpool (2014); Monte Vista Projects, Los Angeles (2012); Tate Modern (2012), and Whitstable Biennale (2012), among others. 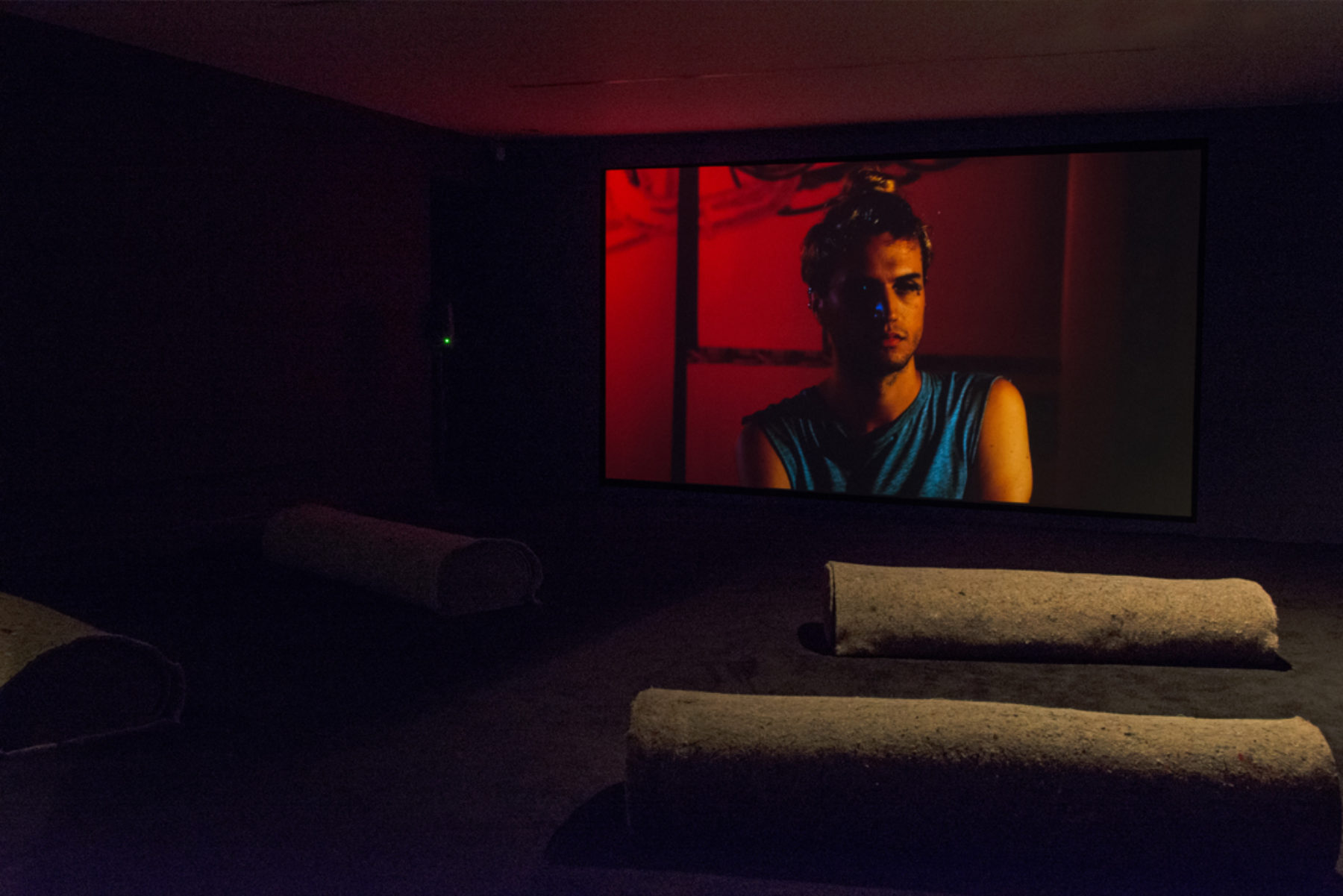