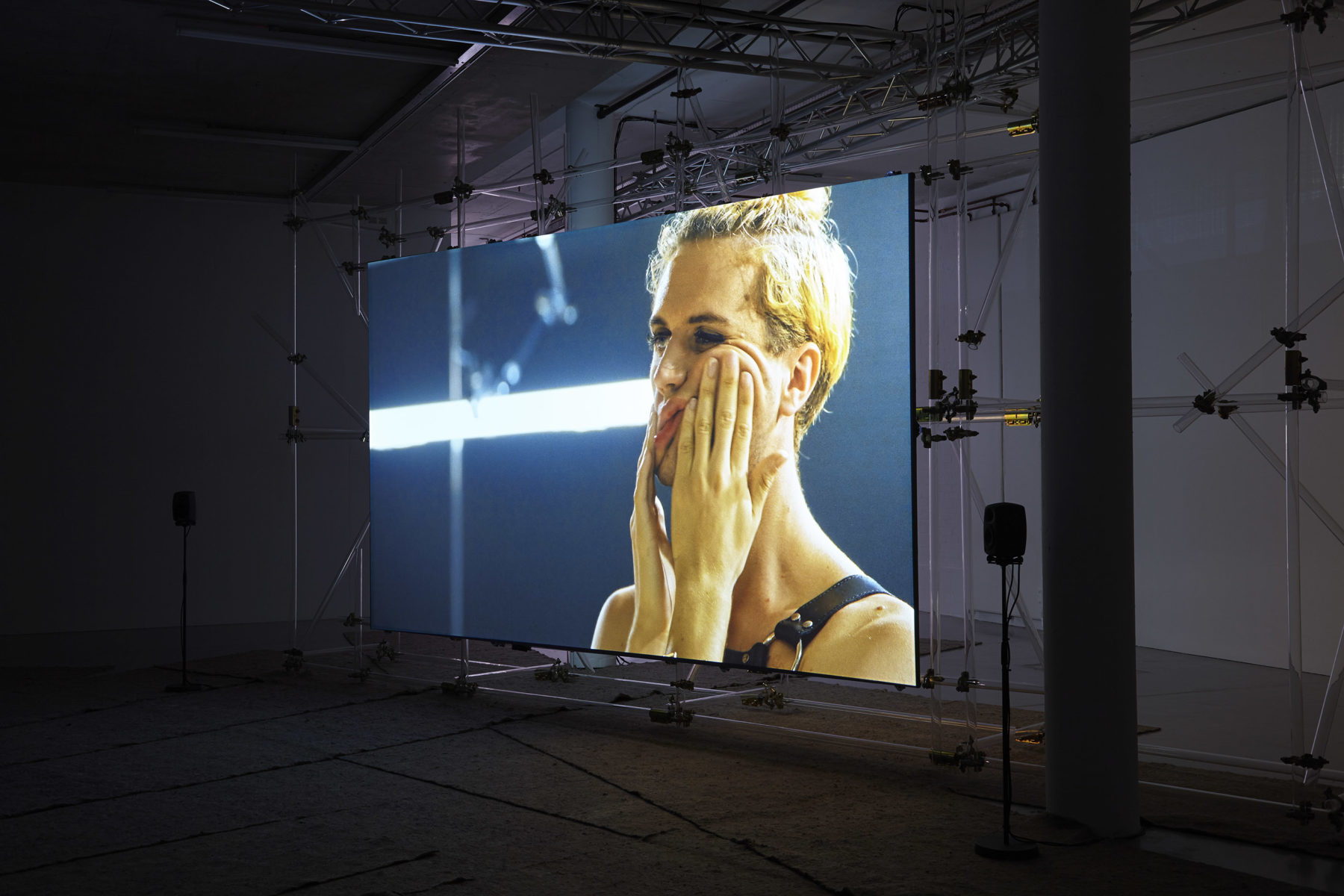 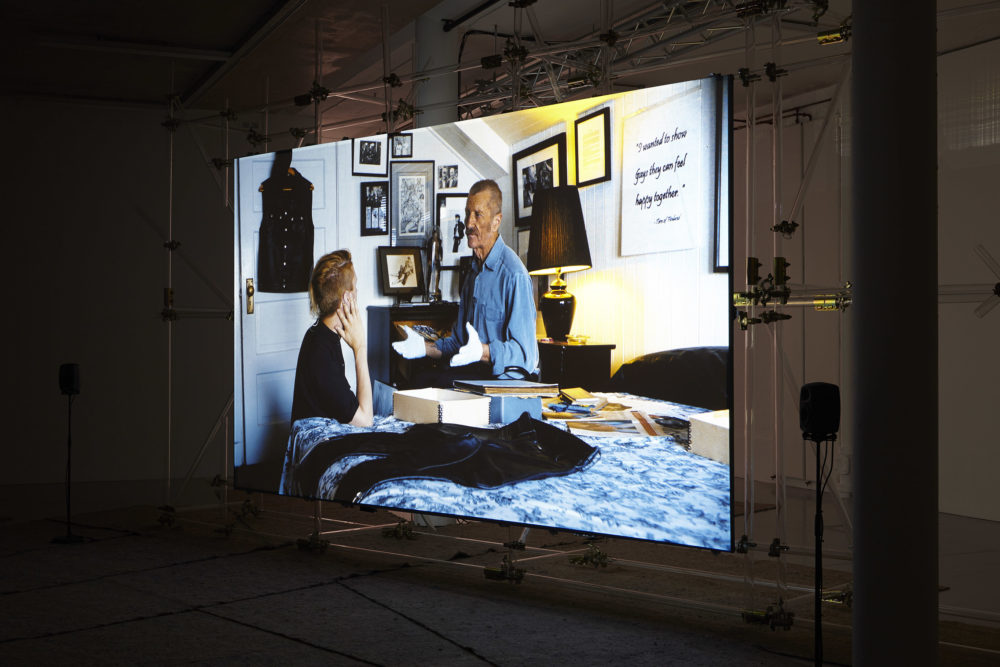 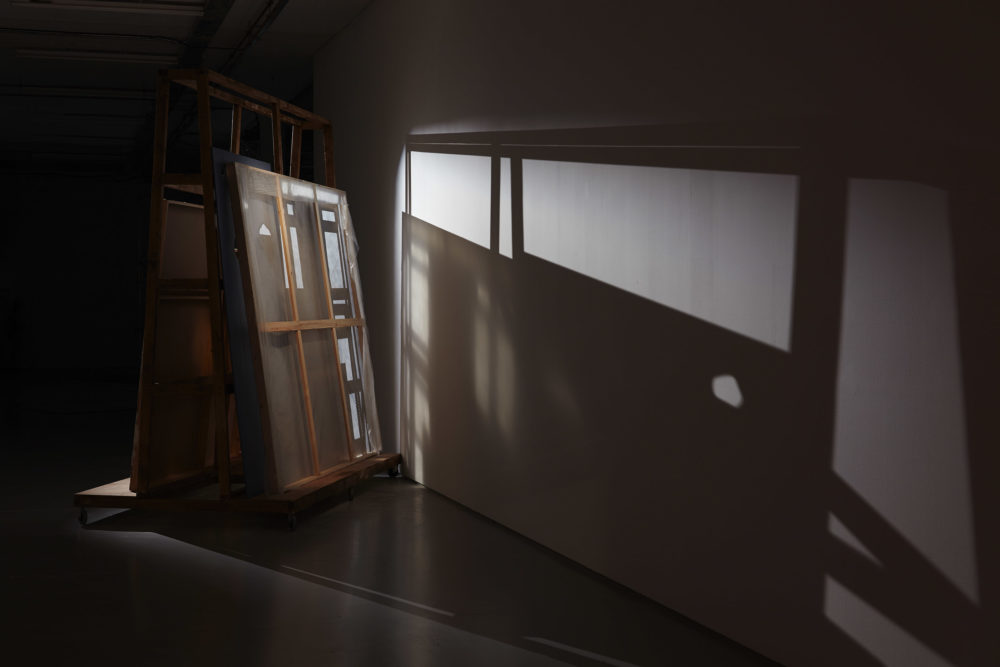 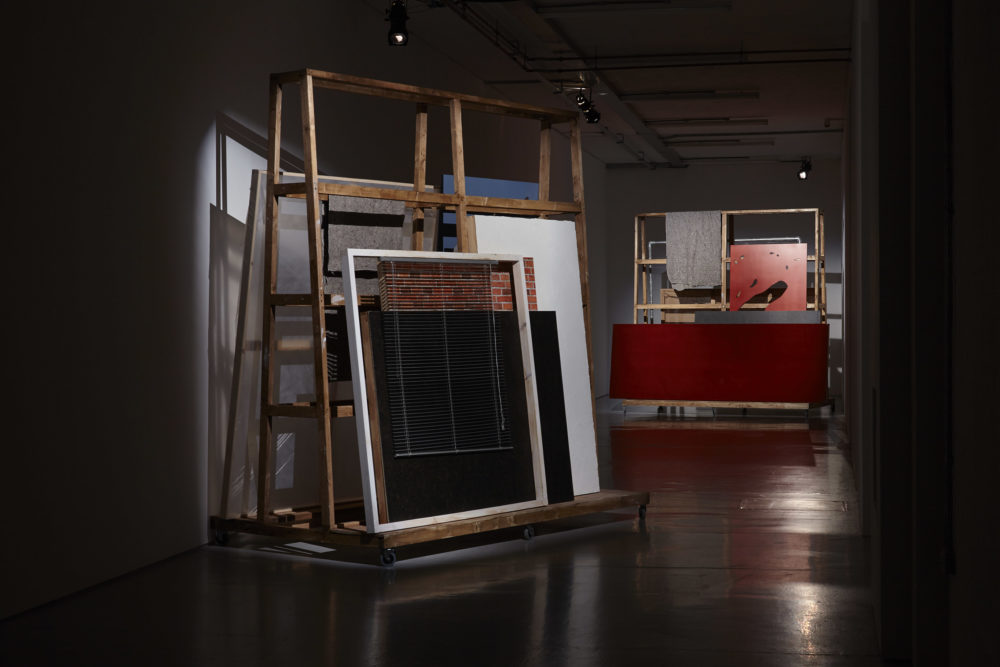 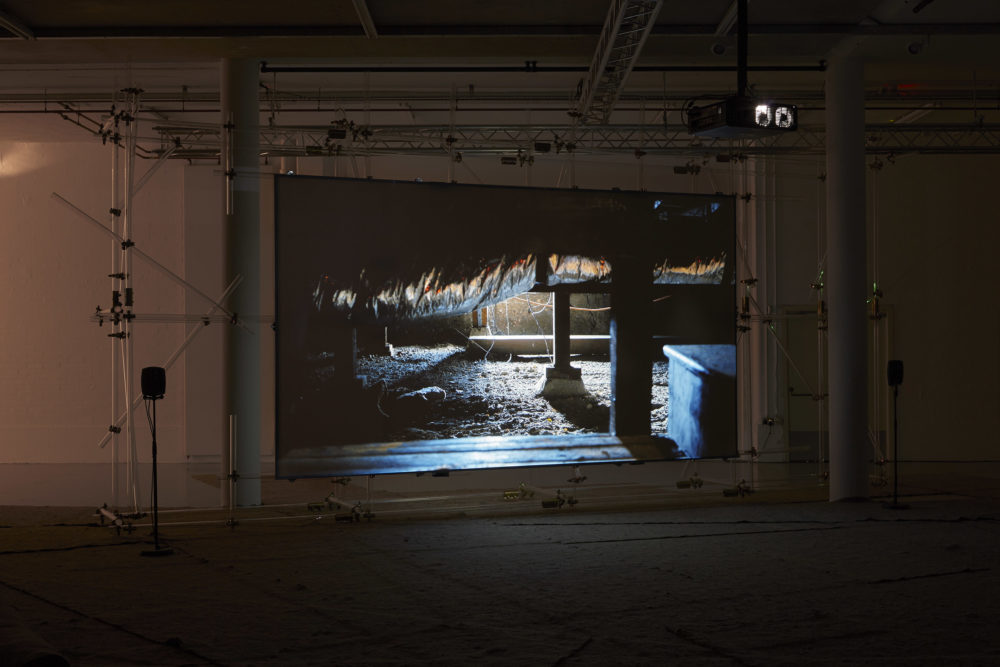 Rather than focusing on Tom of Finland’s work, Staff’s film evokes the foundation as a set of relations. They explore how a collection is formed and constituted; the communities that produce and are produced by a body of work; and ideas of intergenerational relationships and care. Through observational footage of the house, its collections and inhabitants, the foundation is revealed as a domestic environment, a libidinal space, archive, office and community centre; a private space which is also the home of a public-facing organisation and the source of a widely dispersed body of images. 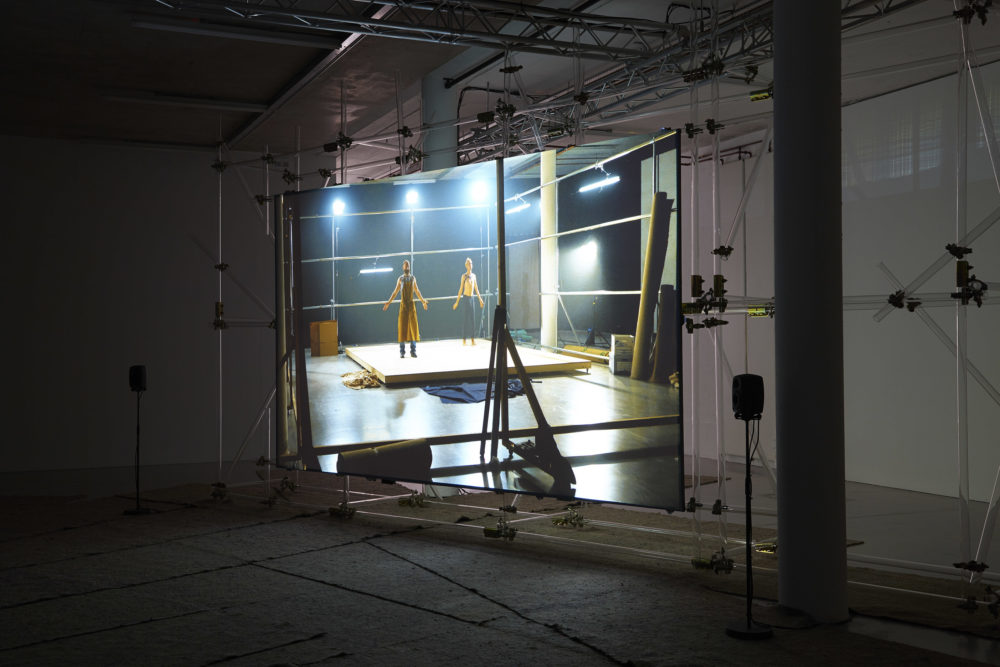 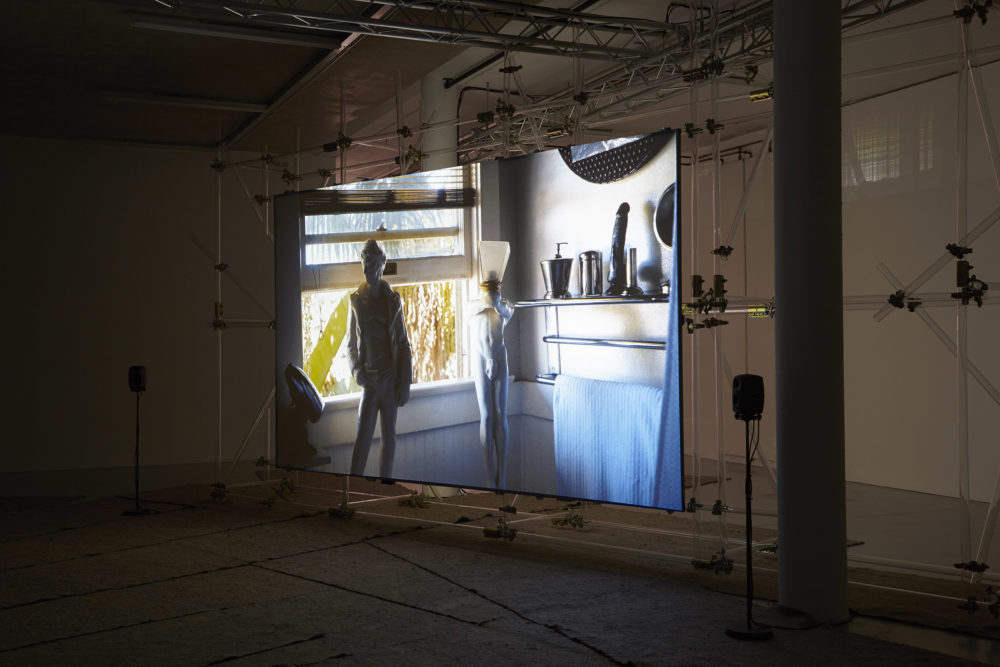 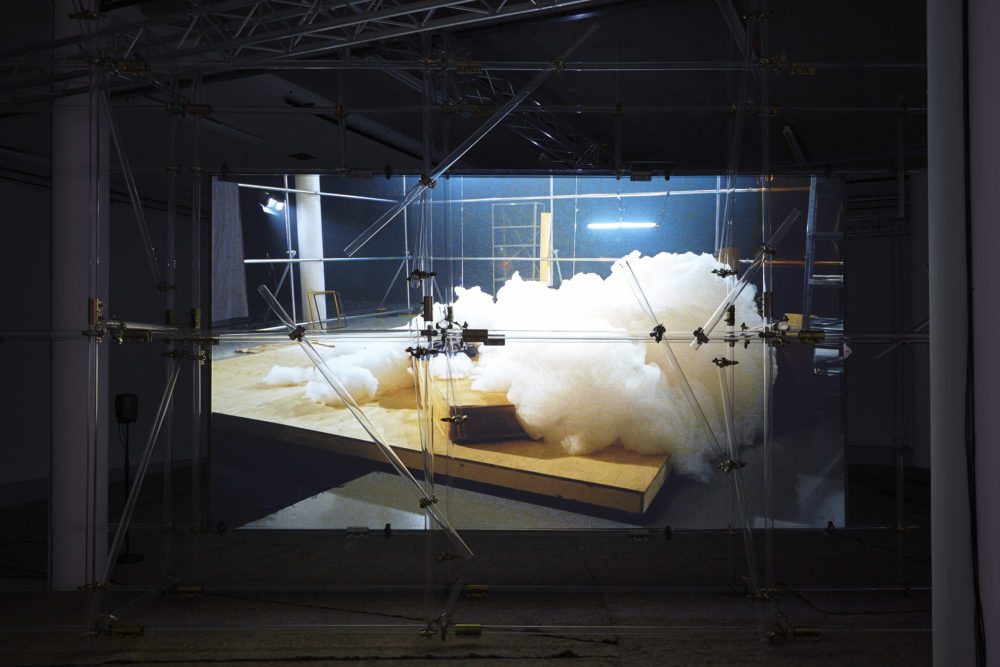 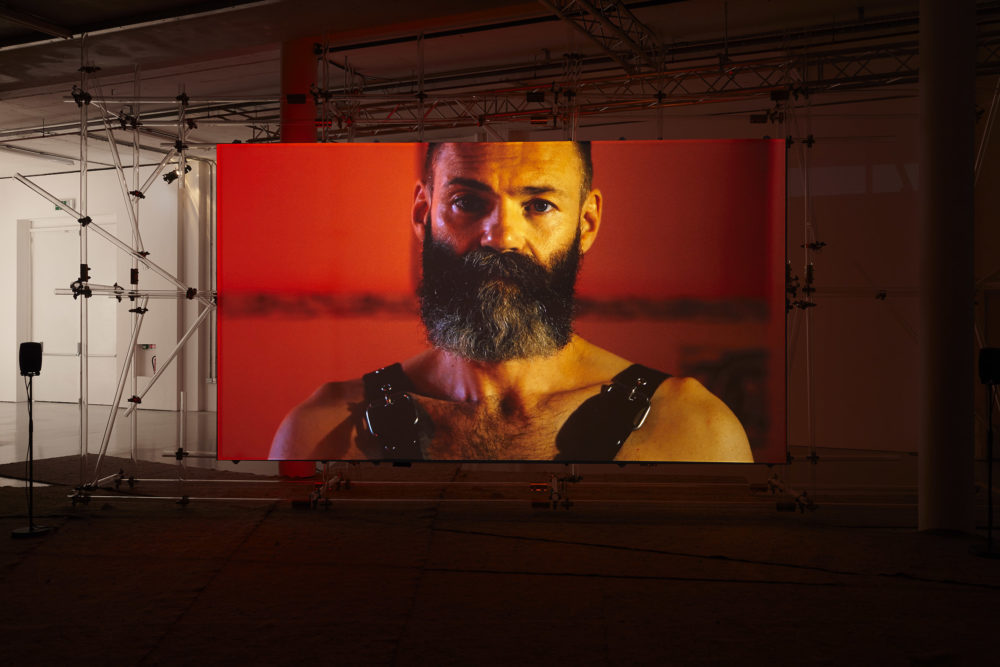 Staff foregrounds their own identity and personal dialogue with the different communities of the foundation to consider how ideas of intergenerational inheritance and exchange are complicated by gender identity and presentation; in this context, of a younger trans person in an environment dominated by the overtly masculine, male identity of an older generation. Documentary footage of the foundation is intercut with a series of staged scenes. The set incorporates aspects of the building’s architecture and purpose, operating within the register of experimental theatre. In these sequences, featuring Staff’s interactions with an older actor, they use choreography and props to explore the body as a site for the construction and deconstruction of subjectivities. The language of the stage set is extended by Staff’s new sculptural works, commissioned for this exhibition, which made use of materials designed to construct the image of an exterior.

With thanks to the Tom of Finland Foundation. The Foundation is supported by Arts Council England Grants for the Arts, The Elephant Trust and the Genesis Prize.