Material Evidence expands on the formal concerns and critical debates developed through Melissa Gordon's exhibition of the same name, following a joint residency with Spike Island and Spike Island Print Studio in Bristol, in the summer of 2013. Gordon's work as a painter and printmaker follows the relationship between representation and abstraction; she often enlarges details to reveal hidden structures, zooming in until textual or pictorial information is reduced to dots and lines.

The publication navigates through four concurrently exhibited and ongoing series (Structures for Viewing, Blow Up Modernists, The Daily News RIP, and Material Evidence) installed at Spike Island. This monograph contains a reprint of the early modernist play Collision by Mina Loy, a source that contextualizes Gordon's concern with spatial arrangements and pictorial staging. An essay by Marina Vishmidt reflects on the legacies of modernism and the particular politics of abstraction found within Gordon's practice, and the conversation between Spike Island's curator Marie-Anne McQuay and Gordon investigates how each new body of work stages a reconfiguration of histories, surfaces, and iconographies. 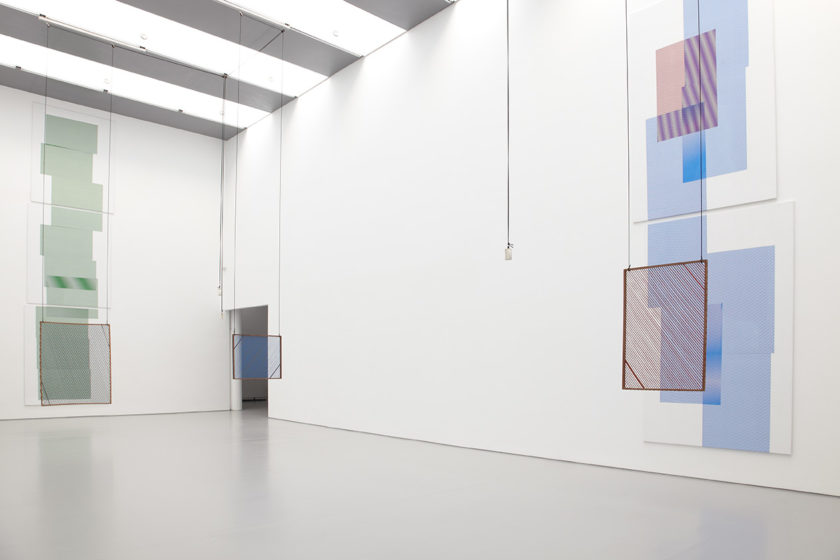