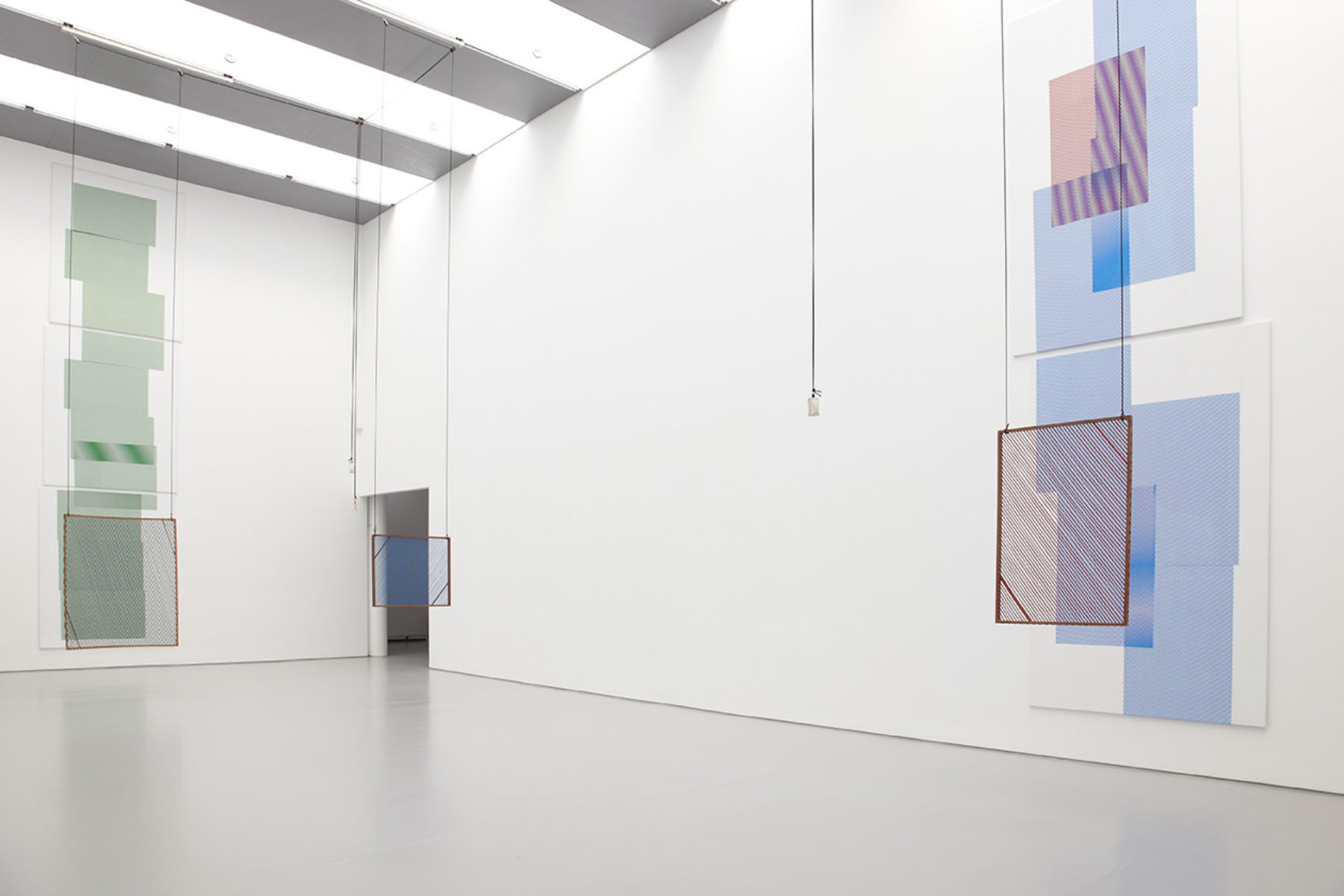 Gordon’s work as a painter and printmaker follows the relationship between representation and abstraction, seeing and reading. The artist often enlarges details to reveal hidden structures, zooming in until textual or pictorial information is reduced to dots and lines. She draws on source material that might be considered by-products of history, of medium and of making: the grid structure of Modernist painting, the dot matrix of the silk screen and details from her own painting studio. 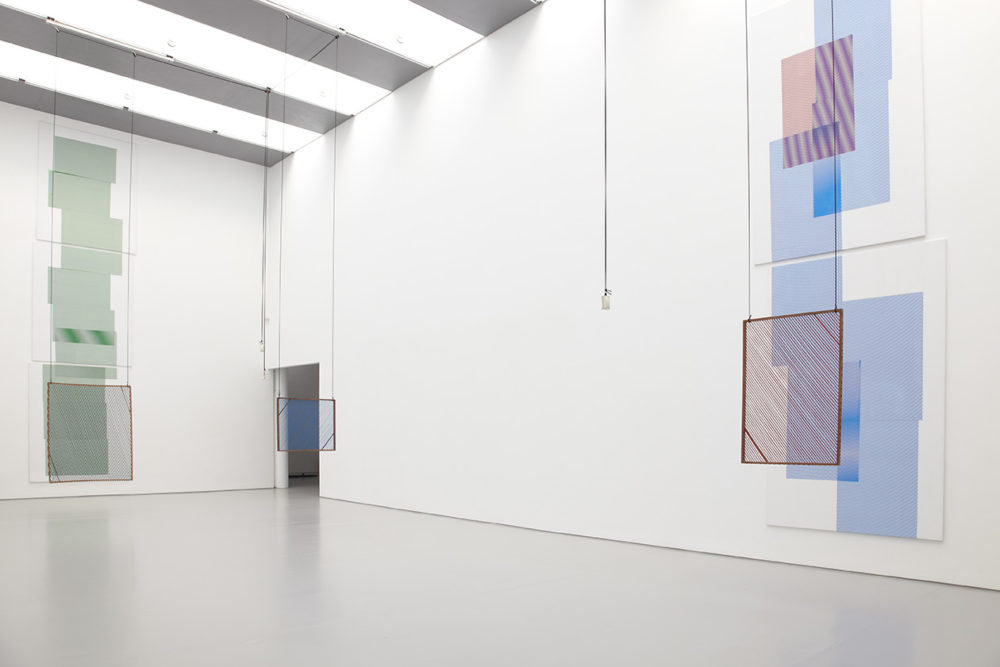 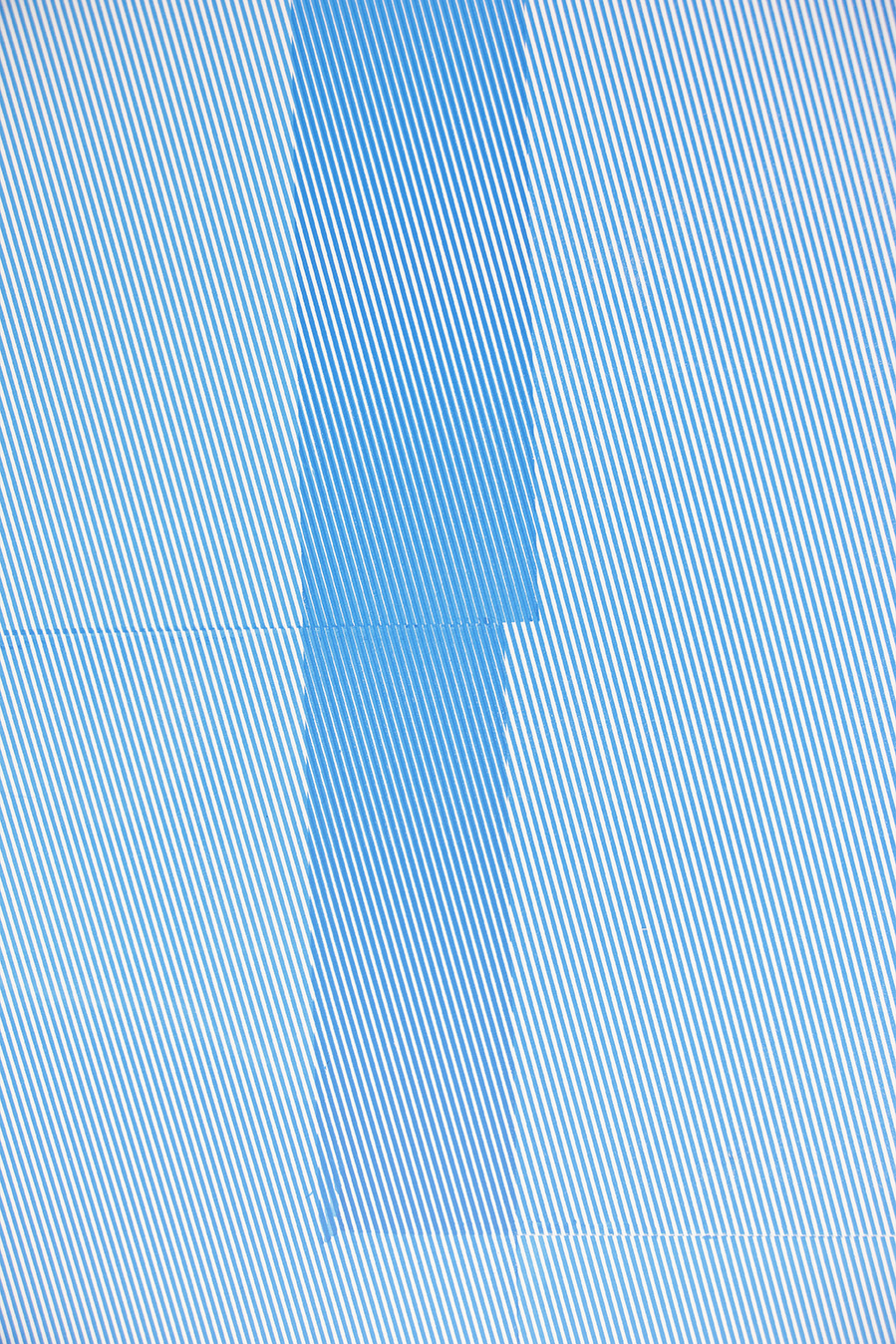 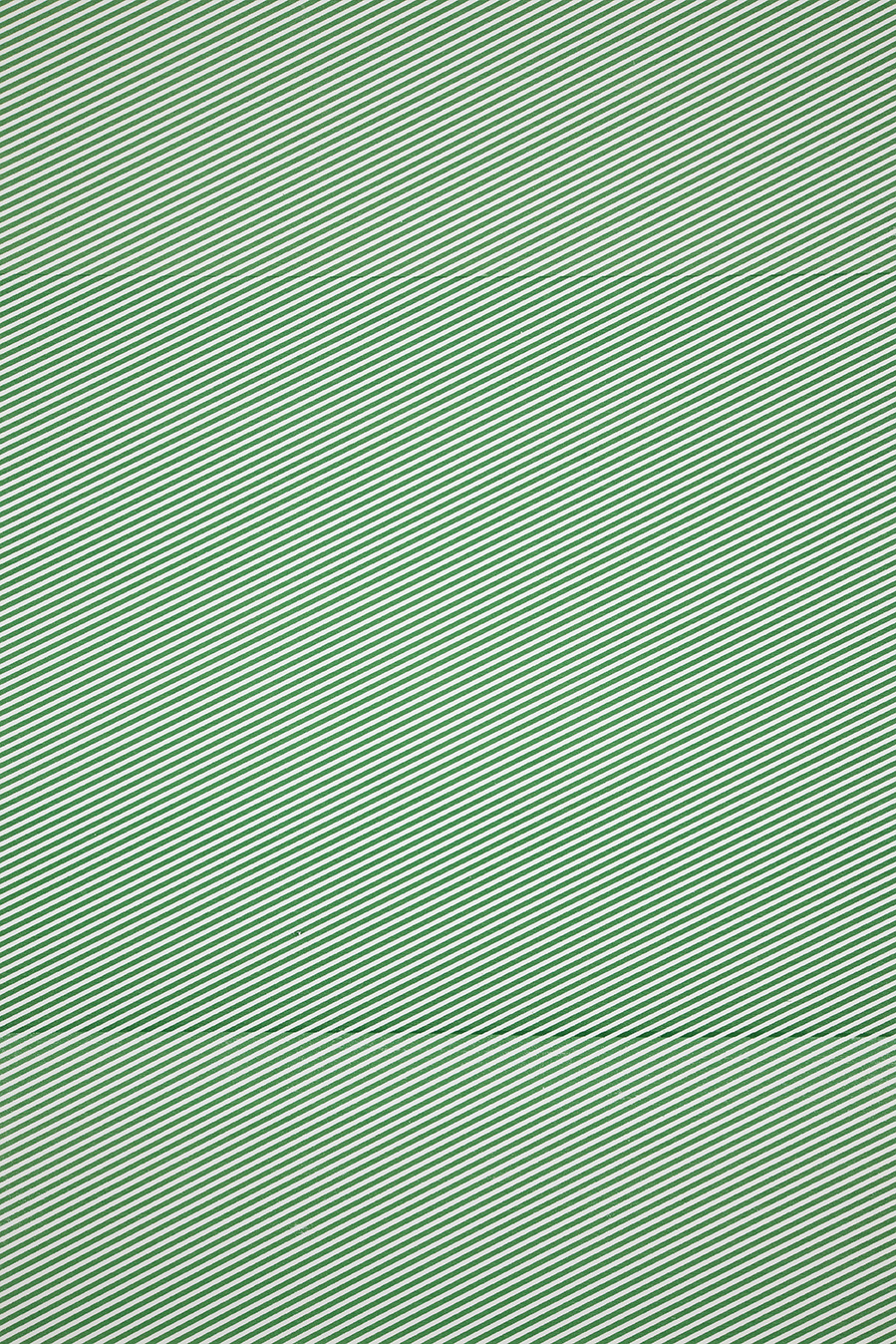 The exhibition included new works from a number of ongoing series. The Daily News (RIP) is the product of months of research into newspaper archives; the artist selects and then reproduces the grid layouts from the first and last page of extinct local journals, creating abstract works by pushing ink through blank silk screens. These were accompanied by large-scale prints on canvas that on which coloured grids overlap to create dazzling patterns that resemble digital interference.

Blow Up Modernists also used the medium of screen print to enlarge reproductions of early Modernist paintings from catalogues, revealing the surface cracks of age while creating new abstract compositions. These works were contrasted with more intimate paintings in a series also titled Material Evidence. Here, close up studies of studio surfaces such as walls, floors and tables were presented as terrains of pattern and texture.

The central gallery featured Gordon’s distinctive Structures for Viewing, suspended screens interwoven with coloured elastic that, viewed from one angle, create a grid through which to see works on the walls and, from the other, appear as a dense colour field. The screens were strung with cord and weighted with the kinds of sandbag used in stage sets, allowing the installation to be adjusted throughout the show.  As the artist moves between printing, painting and installation, so she employs tricks of perspective taken from theatre, as well as the history of painting, to explore the ways in which visual information is perceived and reproduced. 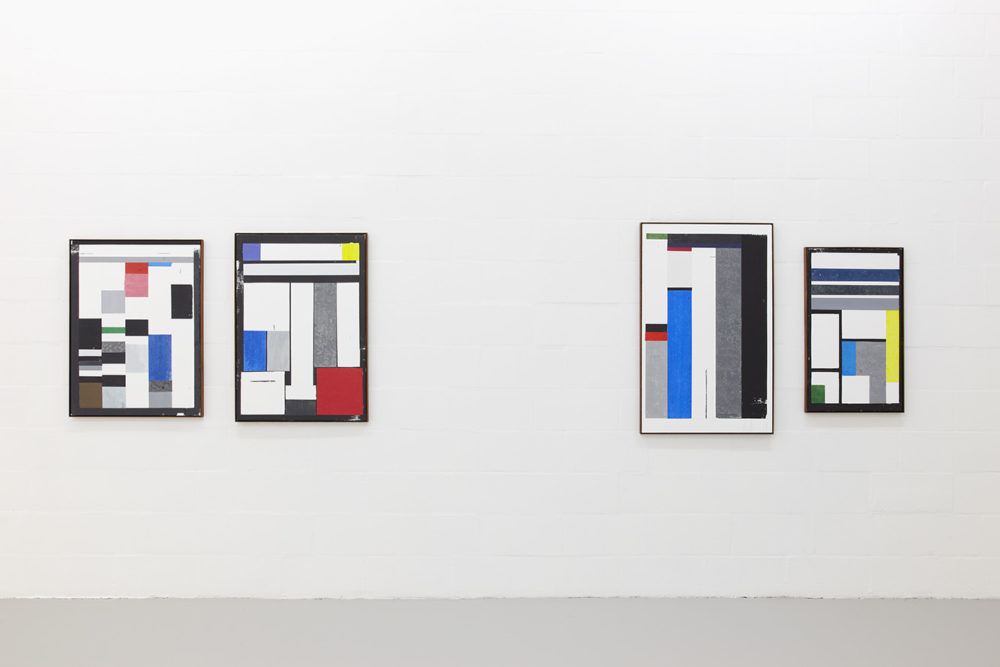 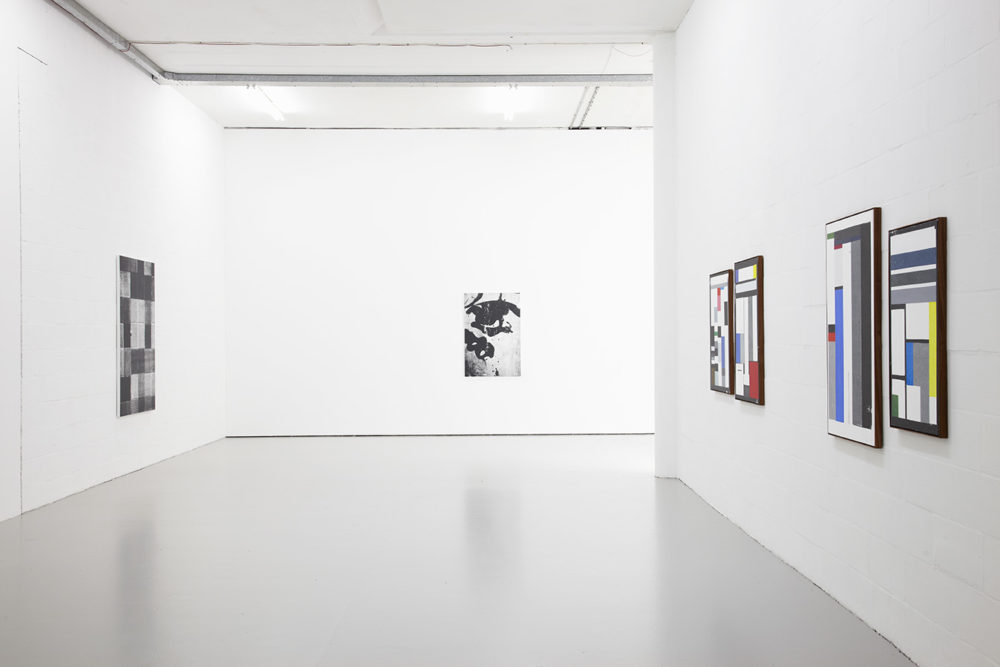 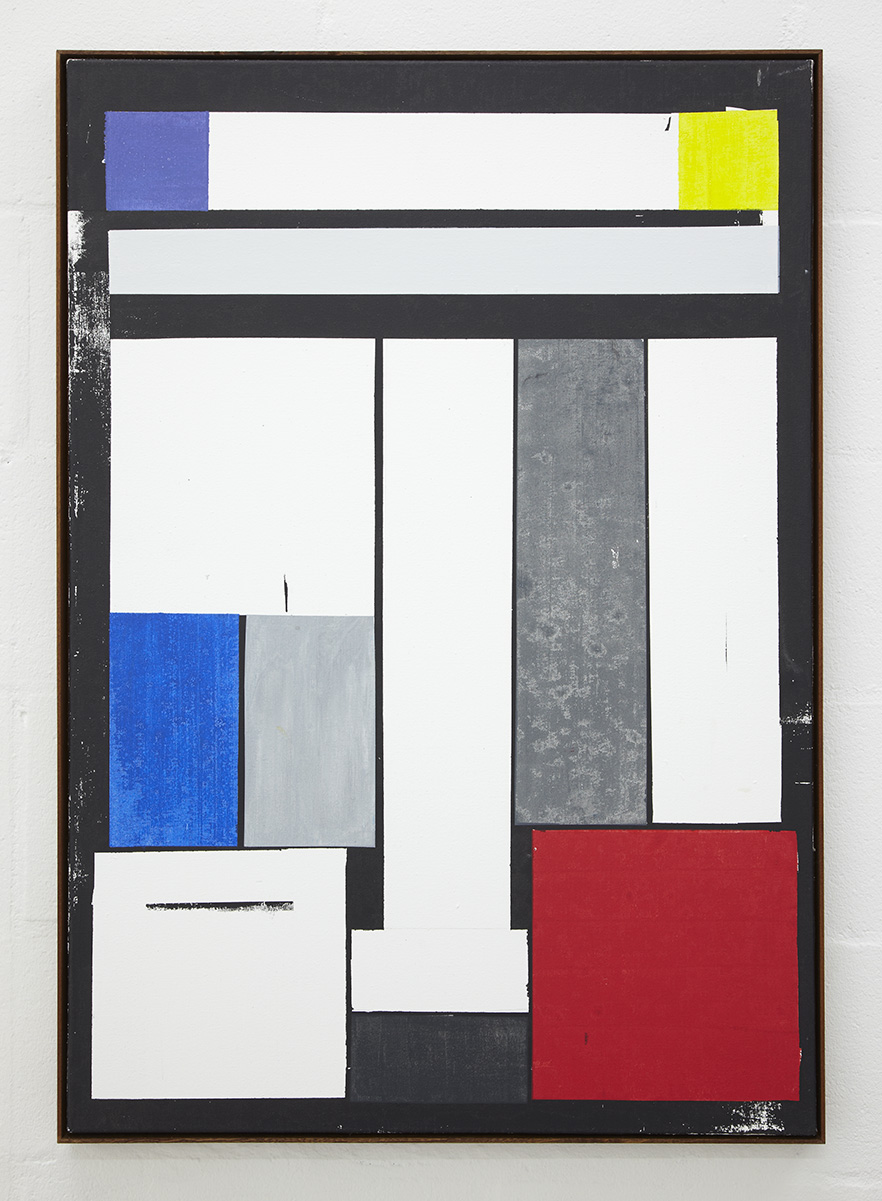 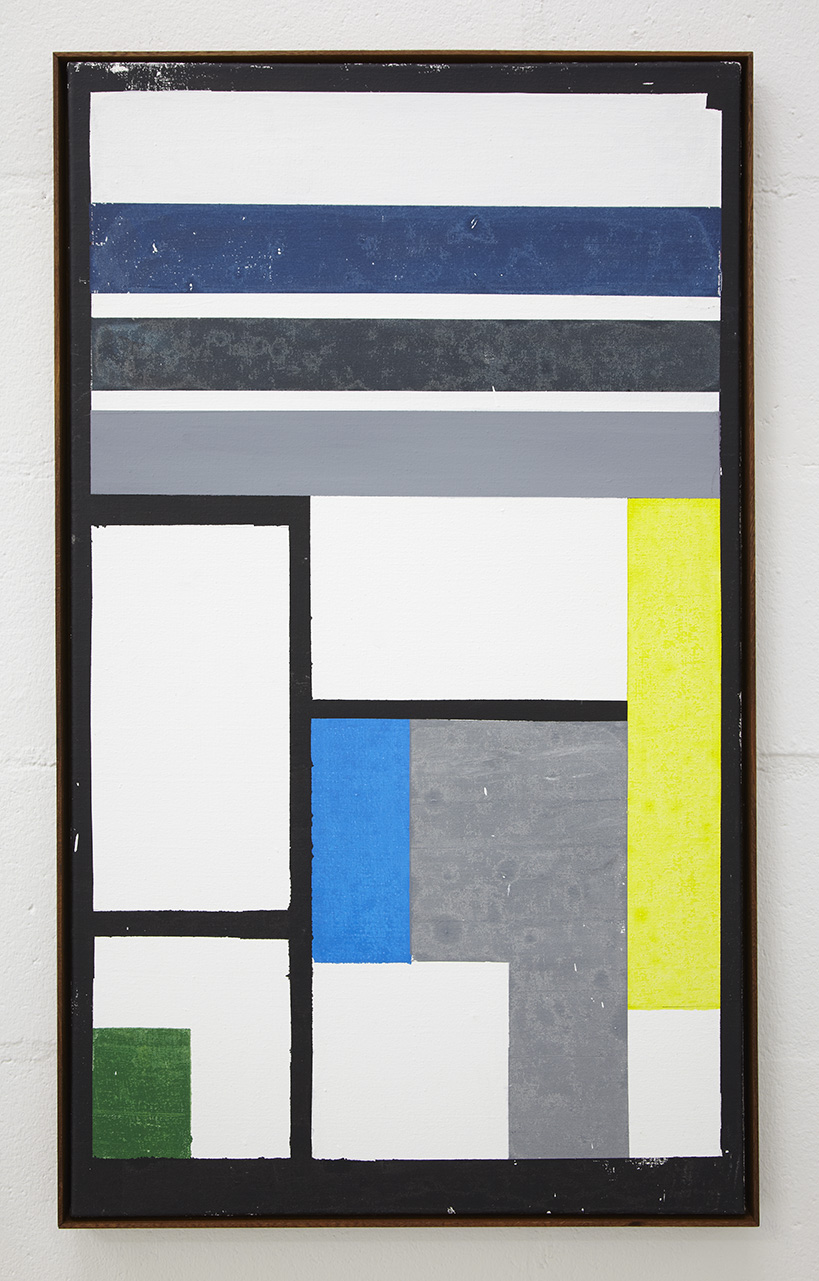 Melissa Gordon (1981) is an American artist based in London. She was the winner of the ABN AMRO Kunstprijs 2007 and the Royal Prize for Painting in the Netherlands in 2005, and studied at Rhode Island School of Design, Cooper Union in New York and De Ateliers in Amsterdam.