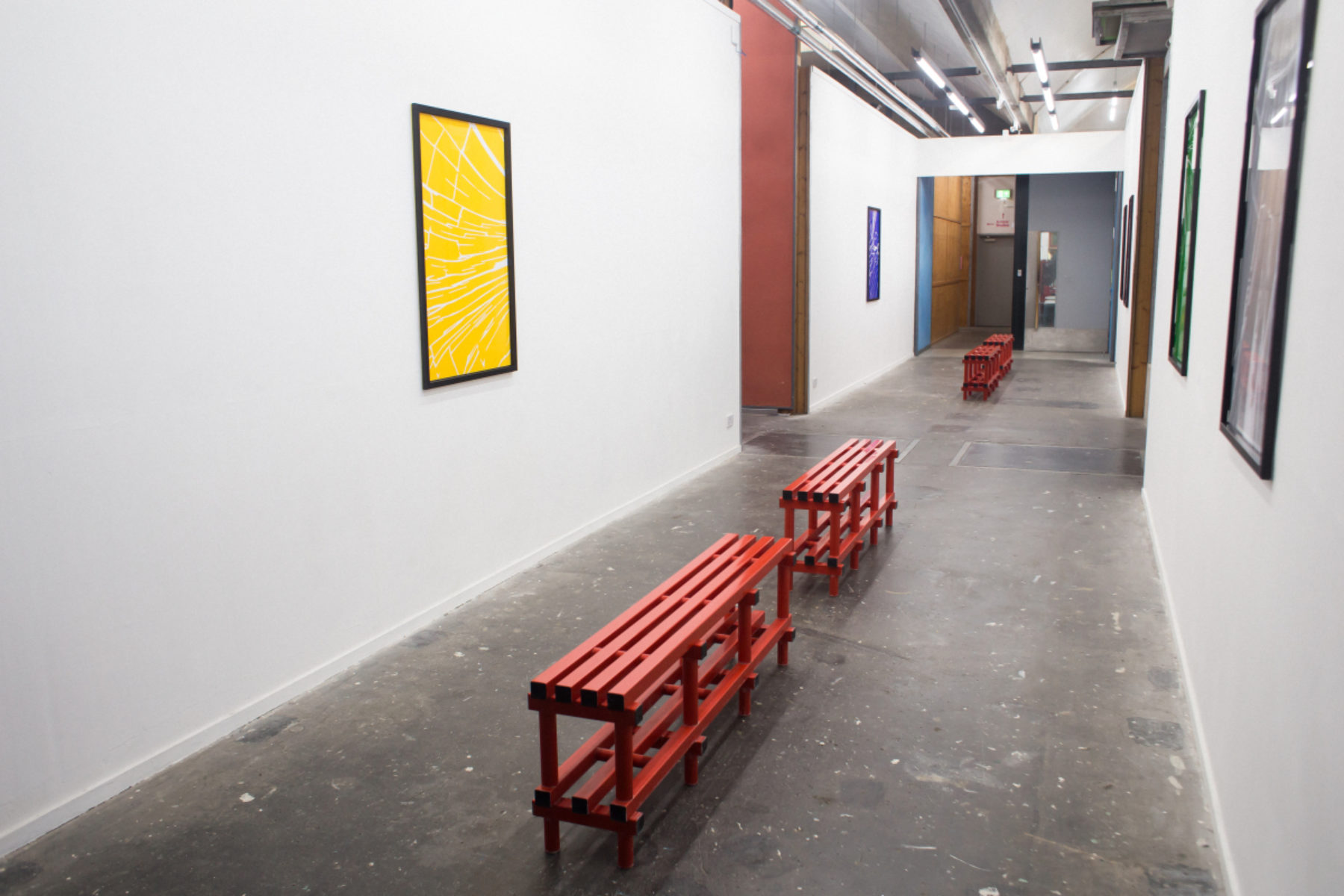 An exhibition of work by the artist lewdjaw, including broken paintings, some fake plug sockets, some benches, and an infinitely long screen saver.

The artist hoped that the show will appeal to national gallery membership card holders. It featured some paintings on a wall, some benches to sit on, and some unused plug sockets. The exhibition space is frequently used as a corridor, so like the national gallery, someone else would stand or pass in the way whilst visitors looked at the work. The benches helped visitors to stare really hard at the paintings without getting too tired, or rest while they failed to charge their phones. The screensaver at the entrance/exit to the exhibition was used to remind visitors how to conduct themselves during their visit and then again as they headed downstairs towards the gallery cafe.