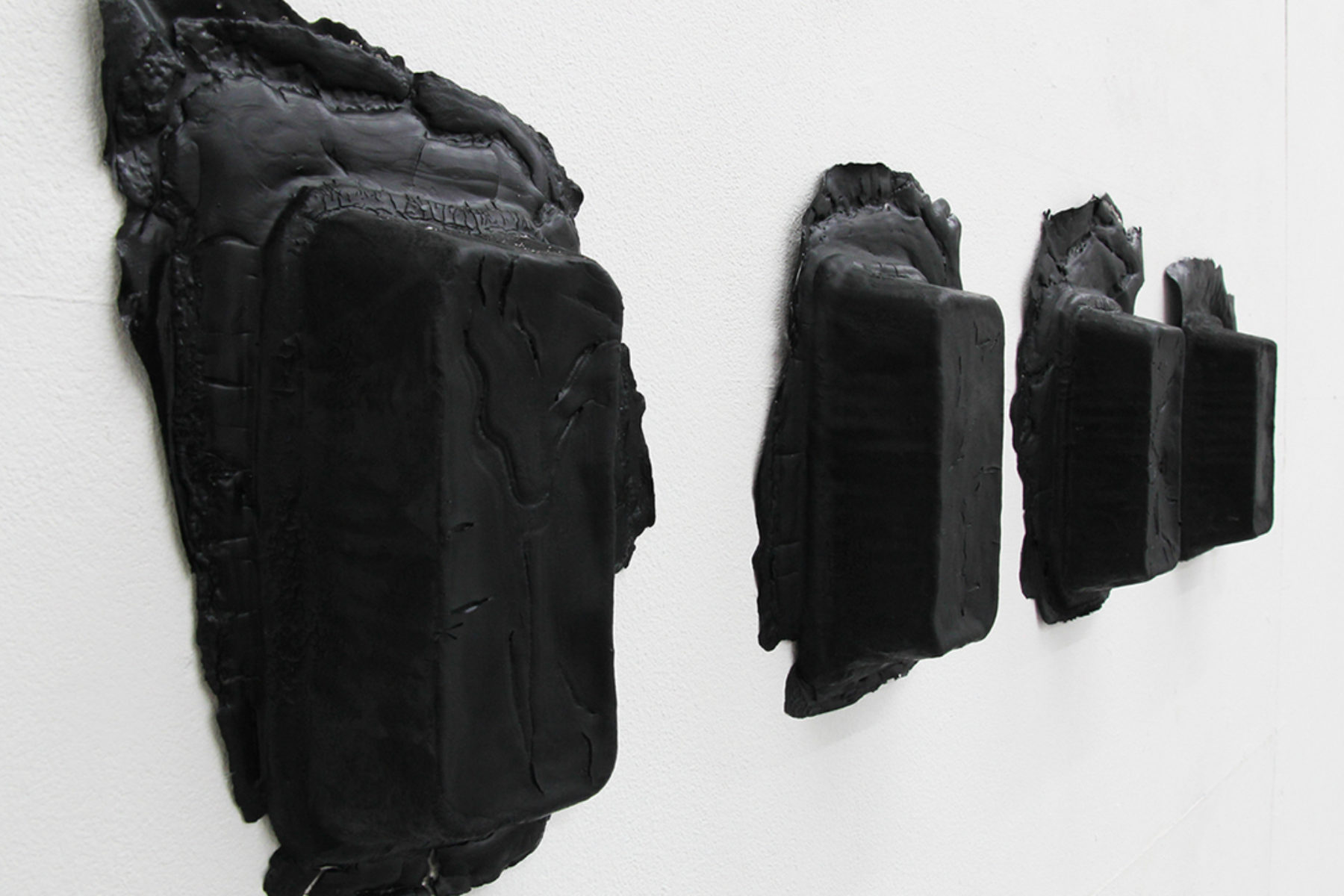 Howard Silverman’s wall based installation Reservoir is made from casting the aluminium trays he mixes paint in. Through this he examines ideas of repetition and variation in the history of his activity as an artist.

Howard Silverman was born and educated in the US and has lived in Bristol since 1972. In 1974 he initiated the artists’ studio scheme, originally Artspace Bristol, which became Spike Island, and has been active in its development ever since. He was also instrumental in the founding of what has now become Spike Print Studio.

Silverman’s work has encompassed installation, sculpture, painting, printmaking, video and digital imagery. He has exhibited in Europe, the US and Japan, including at the John Moores Painting Prize.