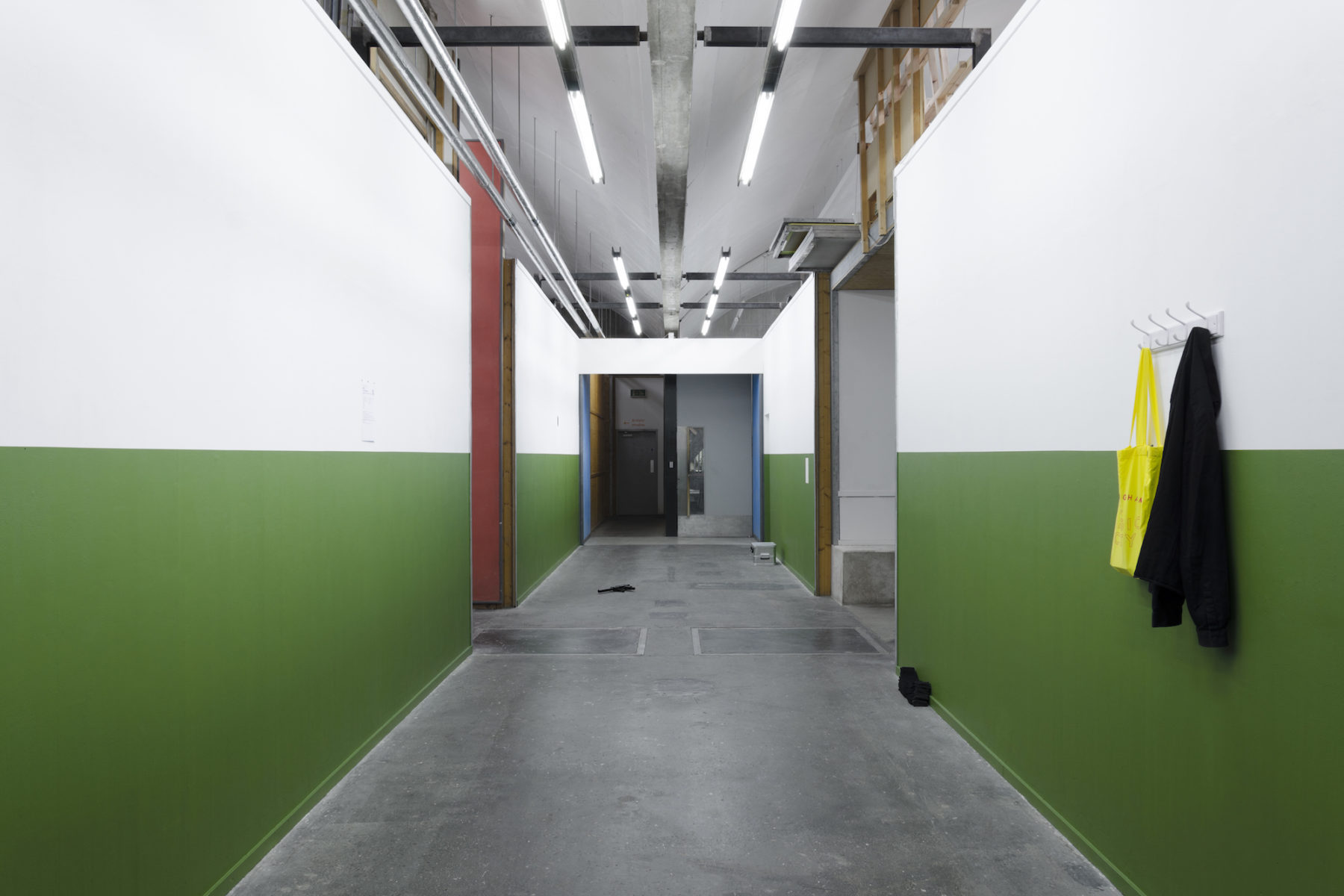 Harry Meadley presented the third in an ongoing series of exhibitions, appropriating the traditional computer game format of ‘levels’ and inviting the viewer to assume the role of a player.

For LEVEL 3, Spike Island’s Test Space was painted to resemble a section of the multiplayer ‘Archives’ level from Goldeneye (Nintendo 64), and the almost identical hallways of a rehabilitation clinic for teenagers addicted to online multiplayer games, as seen in the BBC Storyville documentary ‘Web Junkies – China’s Addicted Teens’. Multiple works littered the space, taking the form of either puzzles or hints.