Tunnels of Love in the Corridors of Power

Tunnels of Love in the Corridors of Power 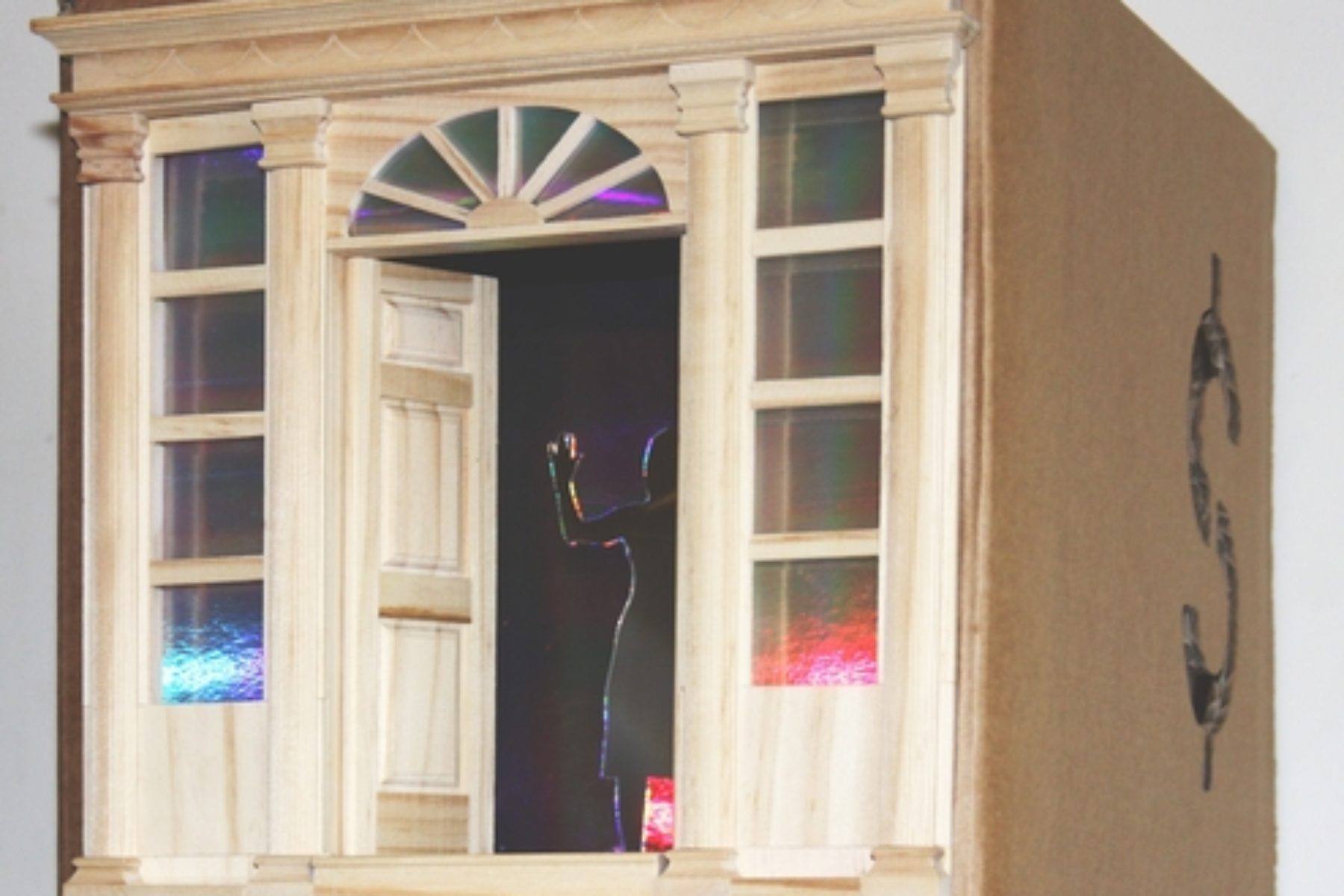 Chris Fordwoh sets love in the context of power, or vice versa, in a series of constructions which confuse and conflate ideas around the global, the personal, the façade and the domestic.

The Test Space area is a large corridor situated within the Spike Island building in which Fordwoh investigated the idea of the corridor as a conduit and a promise. Representations of the spouses of the world’s most powerful men and women lie behind doorways set into cardboard box constructions. The cardboard boxes reference production and impersonal commerce but, with their dollhouse entrances, may equally recall an idealistic child-like game of playing house.

The love marriage is a relatively modern concept replacing the idea of marriage, in the west, as a decision largely concerned with economics and status. With his amalgamation of the intimate and the high-profile Fordwoh questions whether love really conquers all or whether the love relationship is exploited by and subsumed into the machinations of power.

Any risk of cynicism, however, is denied by Fordwoh’s humour and playful optimism. Fordwoh says: ‘Artists are the capricious lovers of power. We tunnel our way into its corridors and change the wallpaper.’

Chris Fordwoh was born in London and completed his MA Fine Art at the University of the West of England. He has exhibited nationally and internationally.