The Death of Optimus Prime

The Death of Optimus Prime 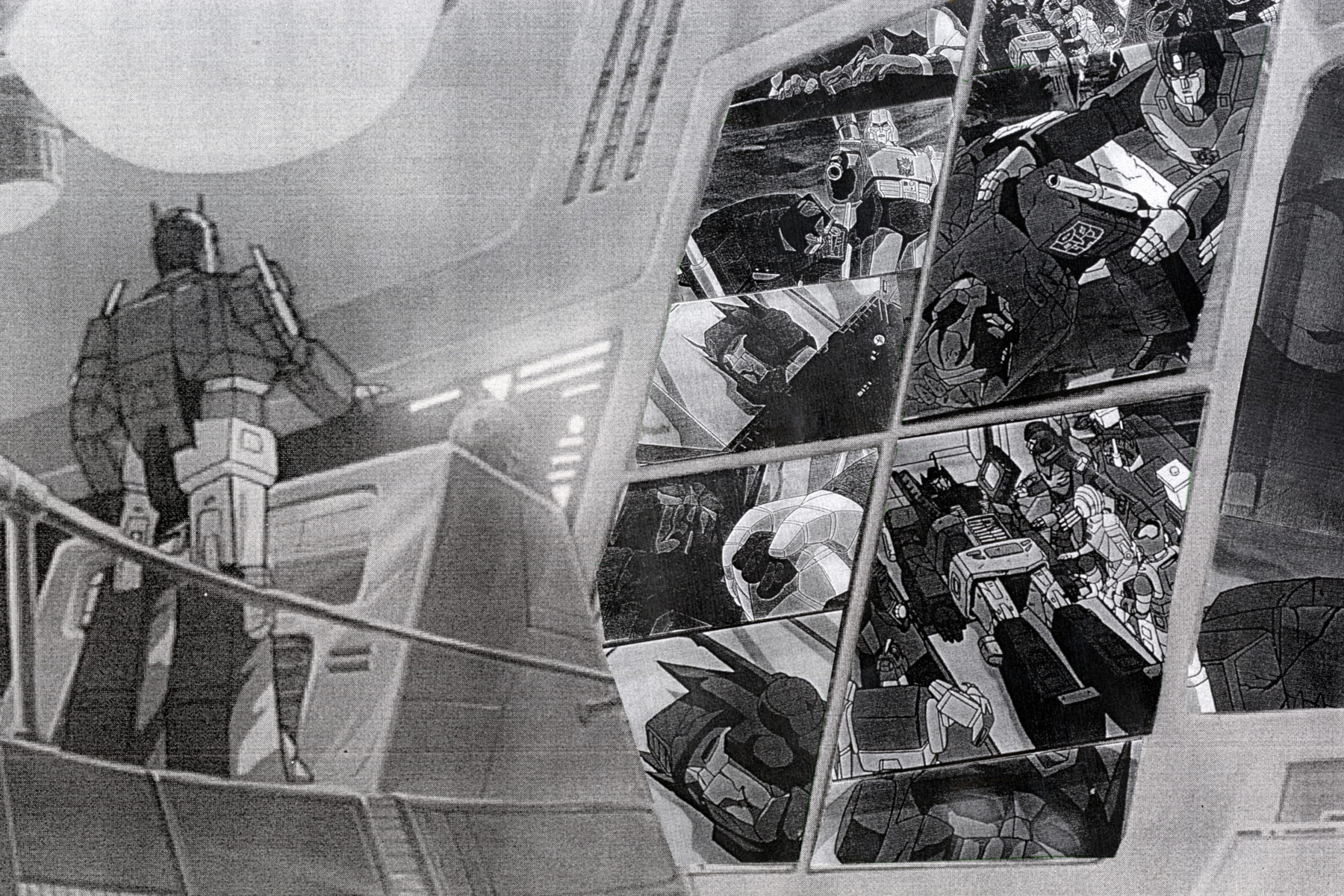 Bo Lanyon, Optimus Prime observes his own death from Moon Base One

This exhibition explores the memorialisation, shared grief and continuing resonance of the unexpected death of Optimus Prime in the original Transformers: The Movie 1986 animated film.

The Transformers ruthlessly blended commercialism and characterisation, merging a must-have toyline with a Marvel comic book series that solidified fan devotion to the core cast.  However, in the 1986 animated film, the decision to rapidly kill off Prime created an unexpected and severe response in their young and devoted audience.  For those who experienced it, it serves as a resonant and pivotal moment, a connecting trauma amongst the Transformers fan community.

Born in Cornwall, Bo Lanyon currently lives and works in Bristol, England. He studied at the Royal College of Art, London (2005-07) and the University of Gloucestershire (2000-2003).

Lanyon’s work explores our relationships with conflict. The work exists across painting, sculpture, publication and public intervention in a blend of history and near future. It seeks to articulate human responses to a range of conflict, from intimate trauma to global events.

Selected exhibitions & events include Where It Is, There It Is (2018) as part of the Groundwork programme, Cornwall; Age of Panic, White Moose Gallery, (2017); Plymouth Contemporary 2017; publication of The Post-Apocalyptic Colouring Book (2016); Kith & Kin, Falmouth Art Gallery & Museum (2016); Broomhill National Sculpture Prize, (2015); Resilience, Goldman Sachs (2015); Hidden, Royal College of Art (2010); 4 New Sensations, Saatchi Gallery & Channel 4 (2007); Jerwood Drawing Prize (2005). He was selected for the Cornwall Workshop 2017, has work included in the Zabludowicz Collection and has received a number of awards from Arts Council England.

In April 2019, he presents a new commission on the conscientious objector and future Labour MP Walter Ayles for the First World War & its Legacy: Commemoration, Conflict & Conscience festival across Bristol.

In May 2019, he is part of the group show London Bronze at Squire & Partners, London, which features works by a range of UK-based contemporary artists working in bronze.