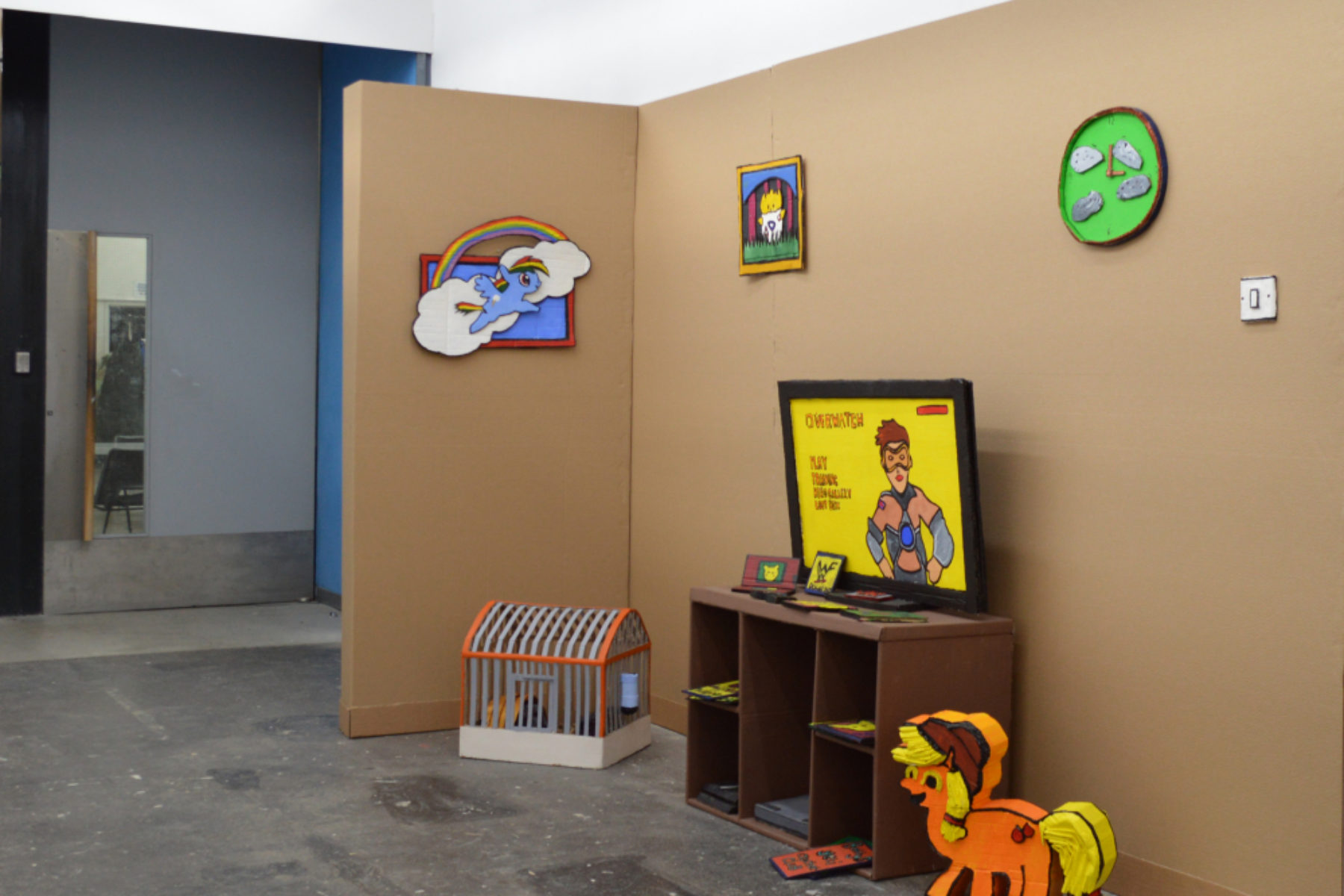 Betty Sargent presented a series of new collages created using photographs of objects from her home; Chris Rose created an installation in the form of a cardboard imitation of his flat; Jeff Johns’ work was an imagined record collection; Dave Pearse explored the visual impact of his writing; and Jonathan Barr Lindsay’s work used painting to investigate the personal space and environment of his home.

Art in motion (AIM) is a participatory arts organisation based in a studio at Spike Island, Bristol. AIM provides opportunities for artists with learning difficulties and neurodiverse artists to engage with contemporary multidisciplinary arts, exploring ideas and concepts with a specific focus on heritage, the built environment and sense of place.

Betty has a diverse arts practice, is a photographer, object maker, uses collage and crochet. She exhibited The Dress at the Arnolfini in 2016 a large crocheted piece based on an Elizabethan costume, as part of Somewhere in the City an AIM initiated project and exhibition. Between 2015-2017 she was involved in Expanding Realities, an EU funded international exchange program between AIM, CIT Crawford College of Art and Design and GASP, Cork Ireland and Debajo del Sombrero, Madrid, Spain. In 2016 Betty exhibited as part of Perceptions, an international exhibition in Cork Ireland.

Chris Rose is a visual artist who paints in a cartoon style using bright, vivid colours. He tends to make work from easily accessible materials such as cardboard. Recently he has branched out into 3D and installation. He exhibited Memory Boat at the Arnolfini as part of Somewhere in the City. He has been involved in Expanding Realities since 2015, an EU funded international exchange program. He later developed Memory Boat to include a film which was exhibited as part of Perceptions (2016) Cork Ireland. In 2017 as part of a Different Voices workshop, he created the film Creative Flow which was screened at Oscar Bright 2017 film festival in Brighton and subsequently toured to other UK venues.

Jeff Johns is a visual artist, DJ and nominated local legend who views himself as a creative outsider. His visual work can be both introspective and direct. He uses written and spoken text in his work, drawing images with words in a colourful and bold manner. For Jeff, his work is a cathartic process and it can be emotional, angry and passionate. More recently he has started to use animation and sound, he screened The Black Cobbles at Arnolfini (2015) as part of Somewhere in the City. Since 2015 he has been involved in Expanding Realities, an EU funded international exchange program. He has continued to develop his interest in film and animation and in 2017 was part of a Different Voices workshop where he made Anything But Me which was selected and shown at Edinburgh film festival in 2017.

Jonathan Barr Lindsay is a painter and sculptor. Jonathan’s work focusses on the city and its history, exploring the details of old buildings and statues. In his recent work, he has imagined himself as historical figures making painting and sculpting himself as a public monument. In 2015 he exhibited two stone cast artworks, The Time Traveler and Somebody of History at Arnolfini as part of Somewhere in the City, an AIM initiated project. In 2016 he exhibited Bristol’s Bestan artwork created in response to an archival printing plate, this was shown as part of Set in Stone an exhibition at Tobacco Factory Bristol. In October 2016 he exhibited at the Crawford Art Gallery in Cork, Ireland as part of Perceptions.

Dave Pearse is a poet whose work is inspired by nature and local history. He performs his work for audiences across Bristol. He screened his video work All That Once Stood at Arnolfini as part of Somewhere in the City, an AIM initiated project and exhibition (2015). Dave has been involved in Expanding Realities an EU funded international exchange program. In 2017 as part of Different Voices workshop, Dave made A Ghostly Inspiration, a work that has since been screened locally. 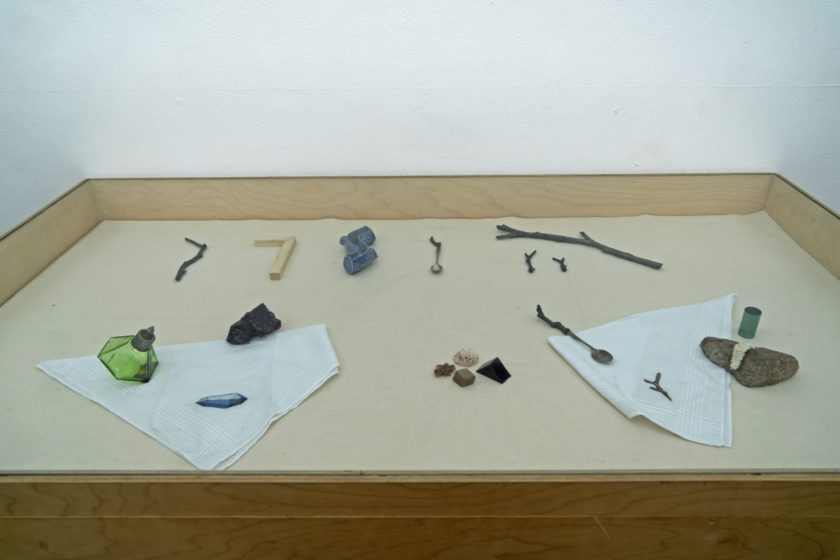