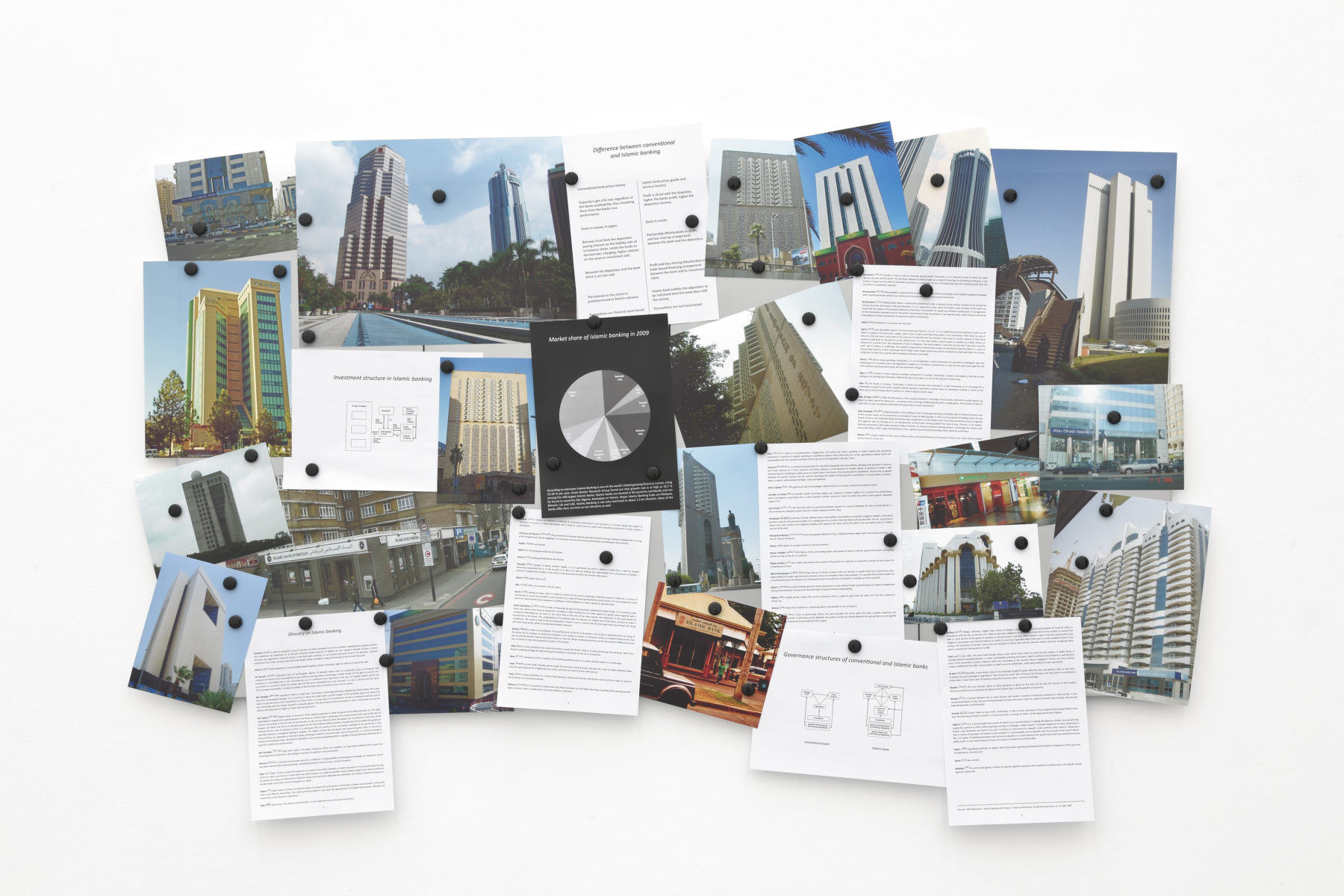 Installation view of Wealth of Nations (2010). Lots of photographs of buildings are pinned to a corkboard, alongside graphs and cards that are heavily printed with text.

Kristian Lukić and Gordana Nikolić, who collaborate together under the banner of the ‘Institute for Flexible Cultures and Technologies – NAPON’, were invited by Spike Island to re-stage their exhibition Wealth of Nations, first presented in Novi Sad, Serbia in 2009 as part of the Cinema City Festival 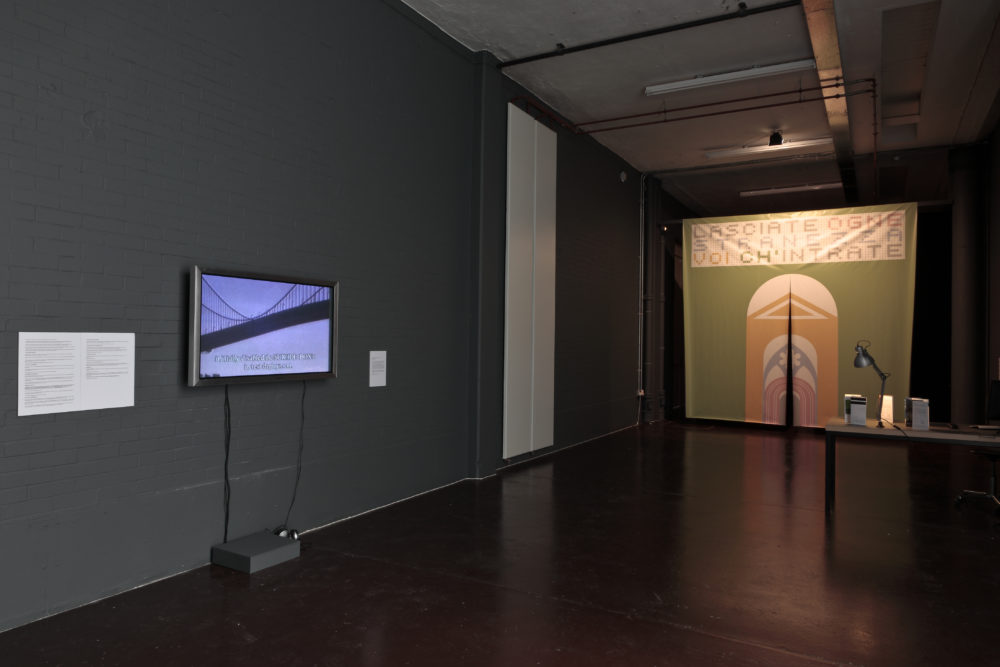 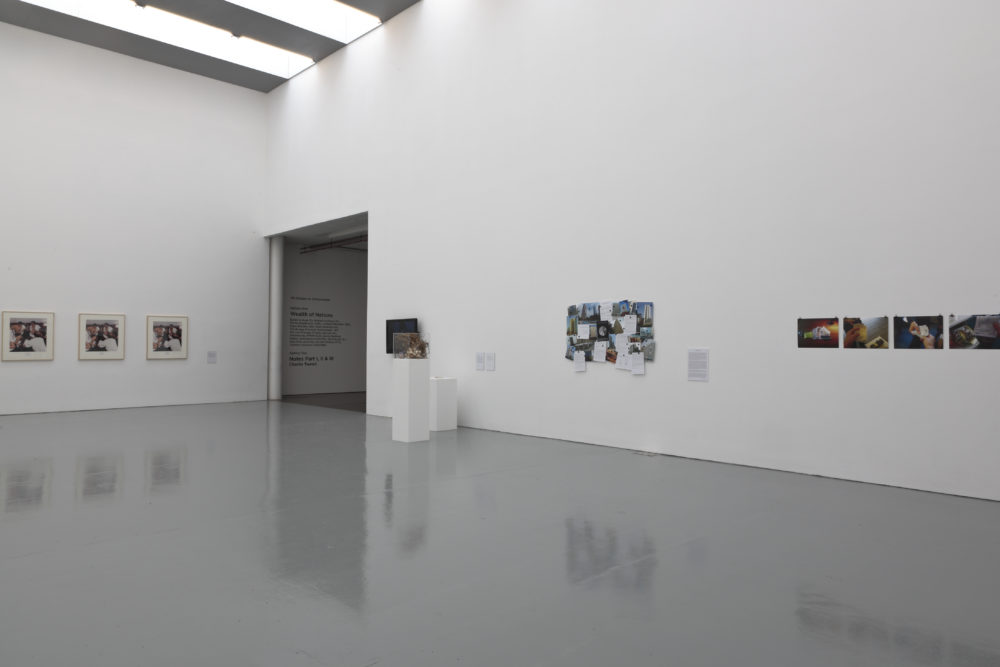 Wealth of Nations explored the influences that the economic and financial sectors have on society and, consequently, on cultural production through a selection of works by international artists and collectives, some of whom have directly experienced the shift from socialist to liberal political and financial systems. The artists selected by the curators variously investigated the role of the market on the ‘true’ value of an artwork, illustrate stock exchange relations in choral form and highlight the commodification of nature in new forms of currency. Others explored alternative economic systems from the social and cultural capital traded by artists to quasi-legal trading in real world identities and the historic moral propositions laid down in Islamic Banking.

This group show was initially organised in response to the global financial crisis that became abruptly visible in 2008 with the collapse of Lehman Brothers: an event symptomatic of the ongoing crisis of Neoliberal capitalism. This free market system, predicated on deregulated trade and private investment, has developed since the 1970s whilst State Socialism has waned as a viable alternative. The free market is now so enmeshed within contemporary political systems that governments can not afford for it to fail, yet are powerless to regulate it. Increasingly trading in virtual commodities and debt, the global financial sector appears to have its own momentum, a momentum beyond the control of even the few who directly engage with its dematerialised processes of futures trading and shadow banking, that in turn affect the very stability of society. 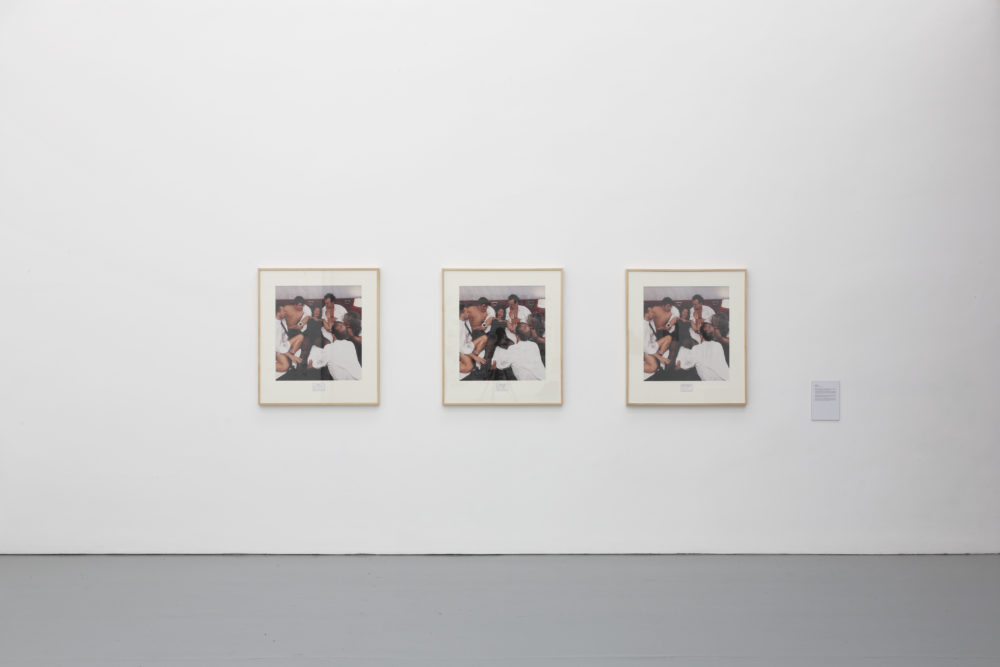 The curators took the title of the exhibition from Adam Smith’s seminal 1776 thesis on economics, An Inquiry into the Nature and Causes of the Wealth of Nations, in which he proposed that the ‘invisible hand’ of ‘self interest’ would spur economic progress. As well as highlighting contemporary and historic practices, NAPON use the framework of this exhibition to ask, what really constitutes value in its material and immaterial forms? Is value manifested in social interaction, beliefs and fears as well as market indexes? To what extent is money nature or culture? Is capital the equivalent of goods and labour, or is it self-referential?

Both Lukić and Nikolić were present in Bristol on the first Saturday of the exhibition to discuss these questions, the art works they selected and their wider research into virtual communication systems, emergent technologies and unofficial media histories. 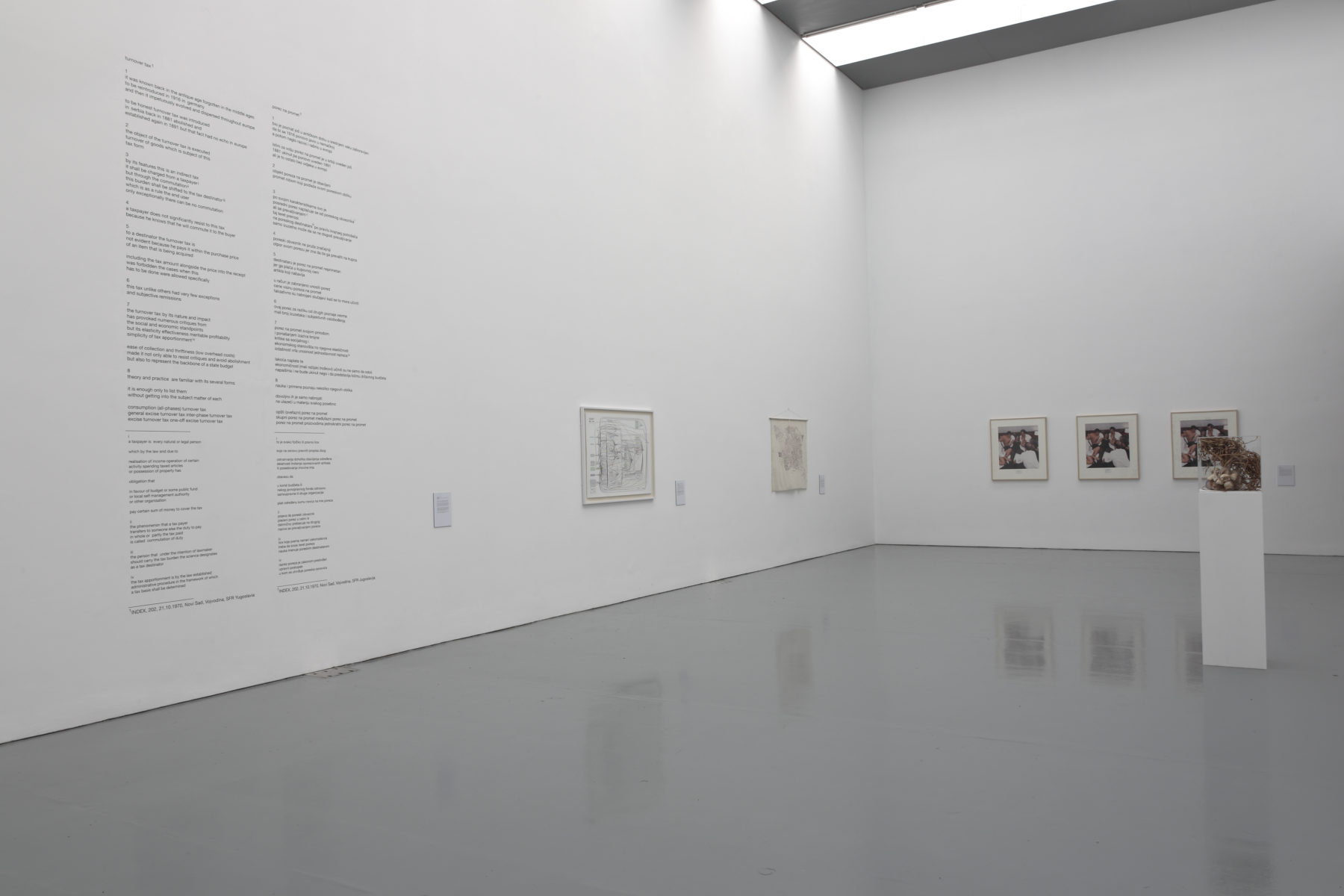 Installation view of Wealth of Nations (2010). The gallery is light and the walls are white. Five pictures hang on the walls and a plinth has a sculpture made from twigs atop it.