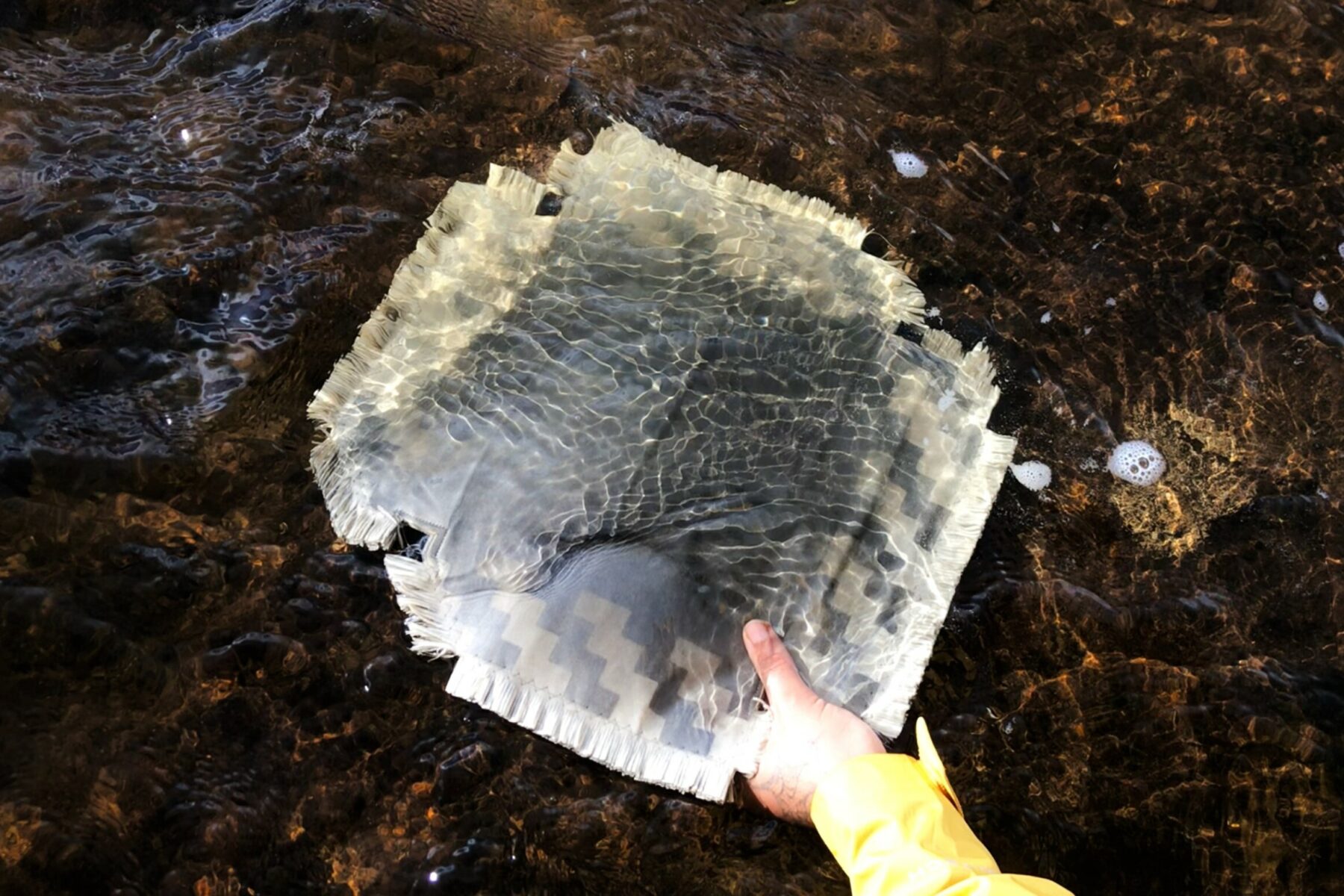 A major solo exhibition by Tanoa Sasraku including works on paper, photographs and bronzes that build upon the artist’s ongoing research into hostile wildlands, and personal relationship to the energy, mythology and memories stored deep within the British landscape. Made using digital and analogue techniques, and processes that shift scale, materiality and texture, the works draw connections between microchip circuitry, tartan textile fabrics and ancient rock formations.

The title of the exhibition comes from Sasraku’s series of earth photos documenting sites of personal significance: Dartmoor – a vast moorland near where she grew up, and the Scottish Highlands – the site of a recent residency, and where her partner is from. Heavily worked sheets of blank newsprint are hand-rubbed with foraged natural pigments, where they take on geological and geographical information in ochre, graphite and manganese. The sheets are then stacked, cut and stitched together to form abstract geometric compositions, before being steeped in water. Shards of paper are then gesturally torn away, revealing layers that both expose and encrypt details about the materiality of the land, like microchips storing data or a clan’s tartan cloth.

Looming over these modestly-sized pieces are freestanding Liths in which slithers of stained and modified newsprint, torn from the Terratypes, are flattened, scanned and enlarged into monolithic structures reminiscent of standing stone formations. Encased in totemic wooden frames, these structures evoke portals or doorways to an alternate landscape. Large enough to reveal the warp and weft in the structure of the paper but difficult to take in at once, the Liths both give and withhold. They recall the wonder of stone circles in charged rural spaces yet like these sites, are equally unknowable and mysterious.

Sasraku’s works are bound up in emotional memory, and dwell on how we understand or connect deeply to rural environments and their potential energy. Moving between opposing scales and poles of the British Isles, she harnesses technological processes to glitch and disrupt traditional rural ideologies, whilst also recognising that history, tradition and myth frame our responses to her work. 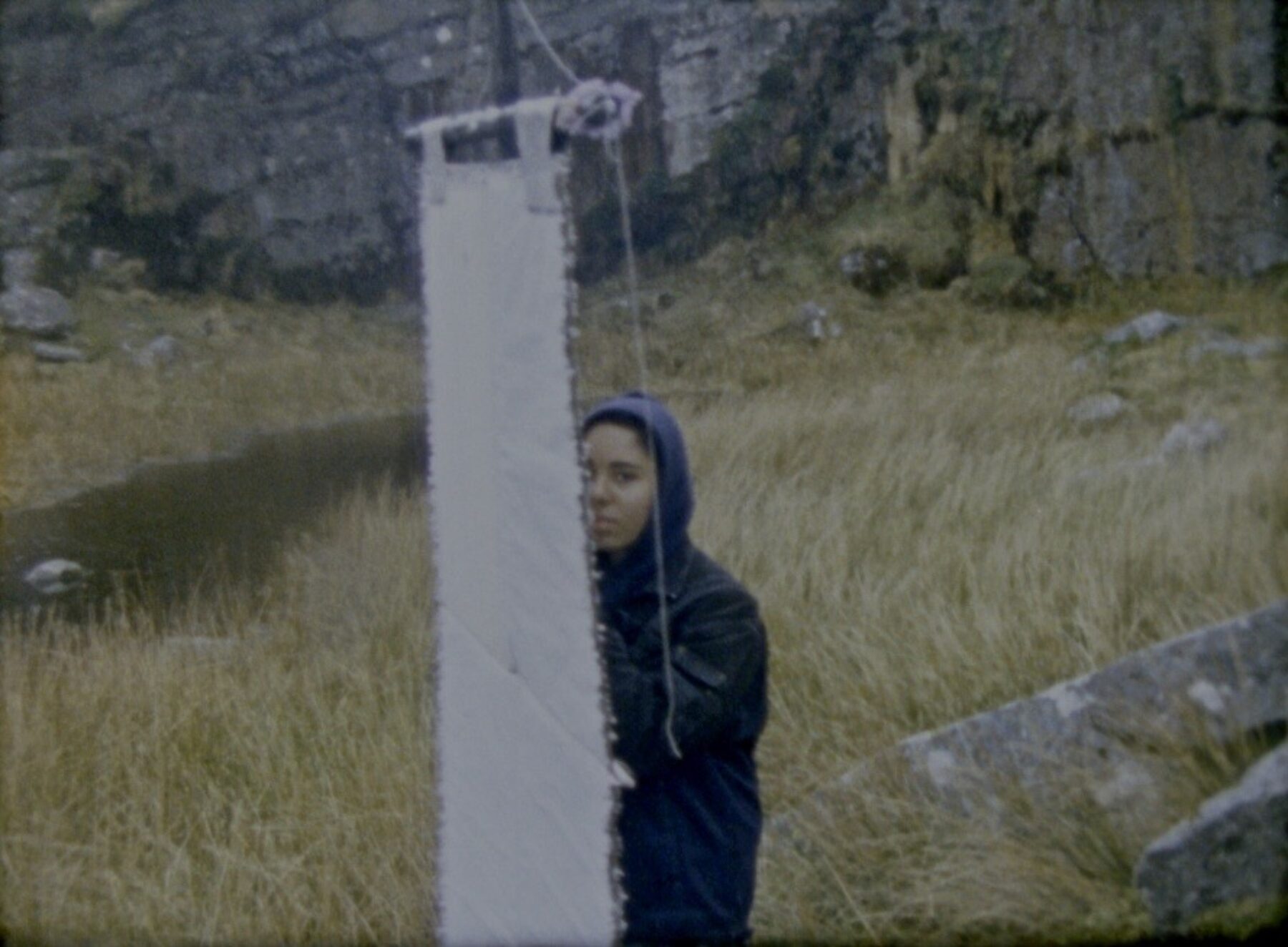 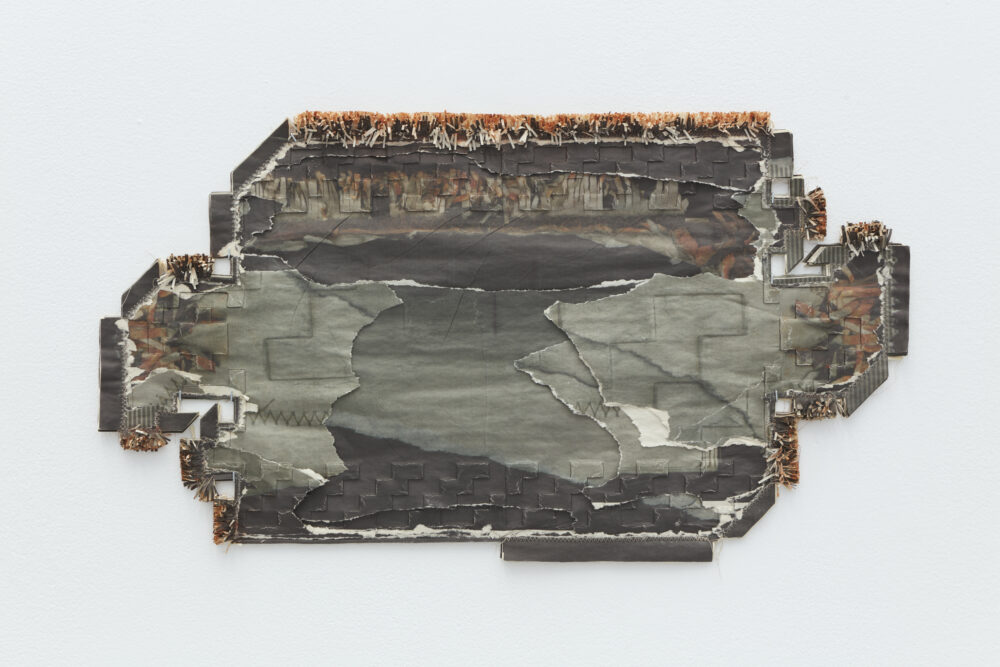 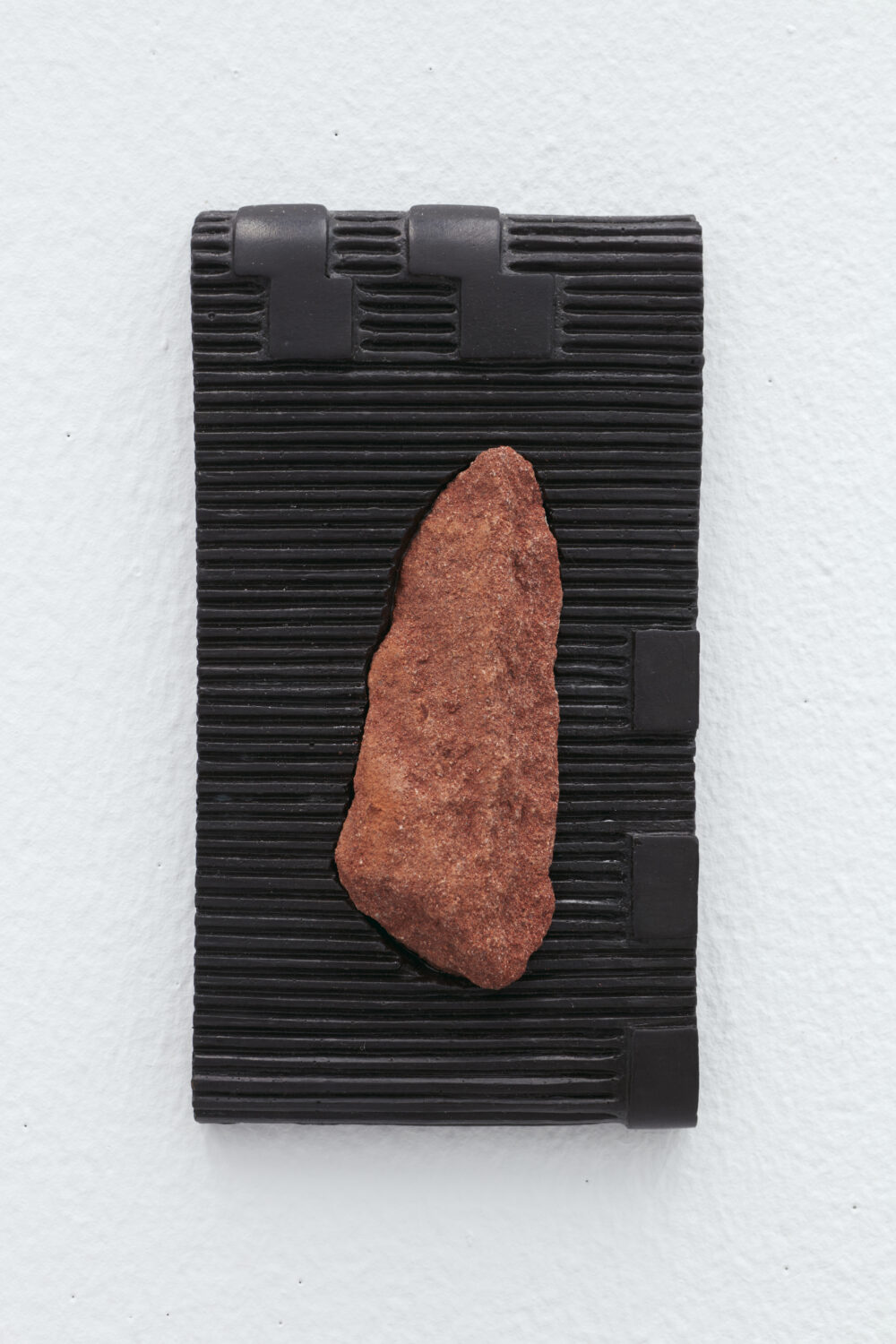 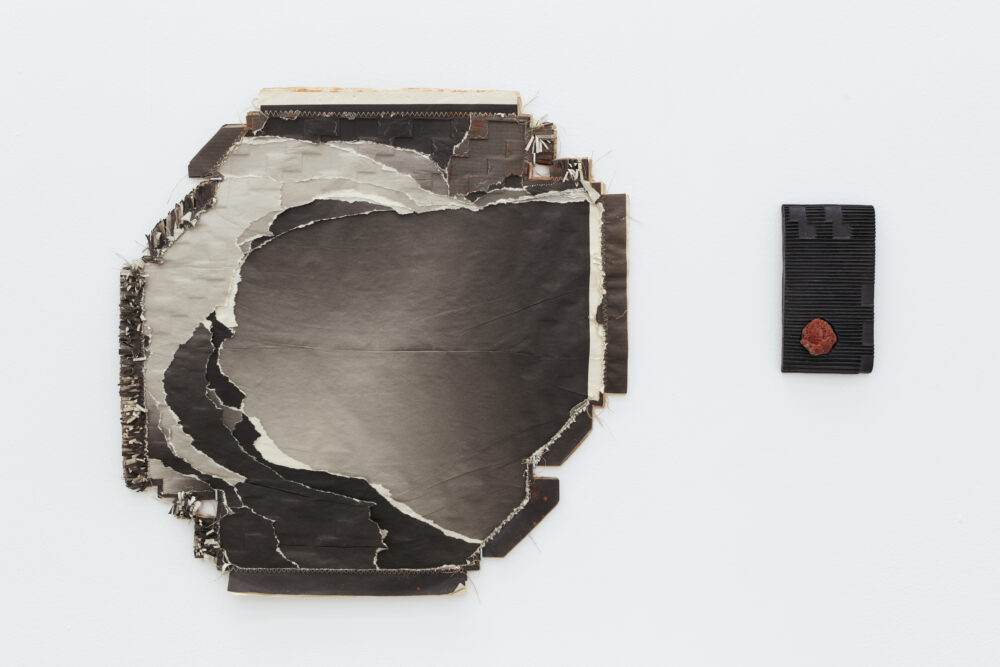 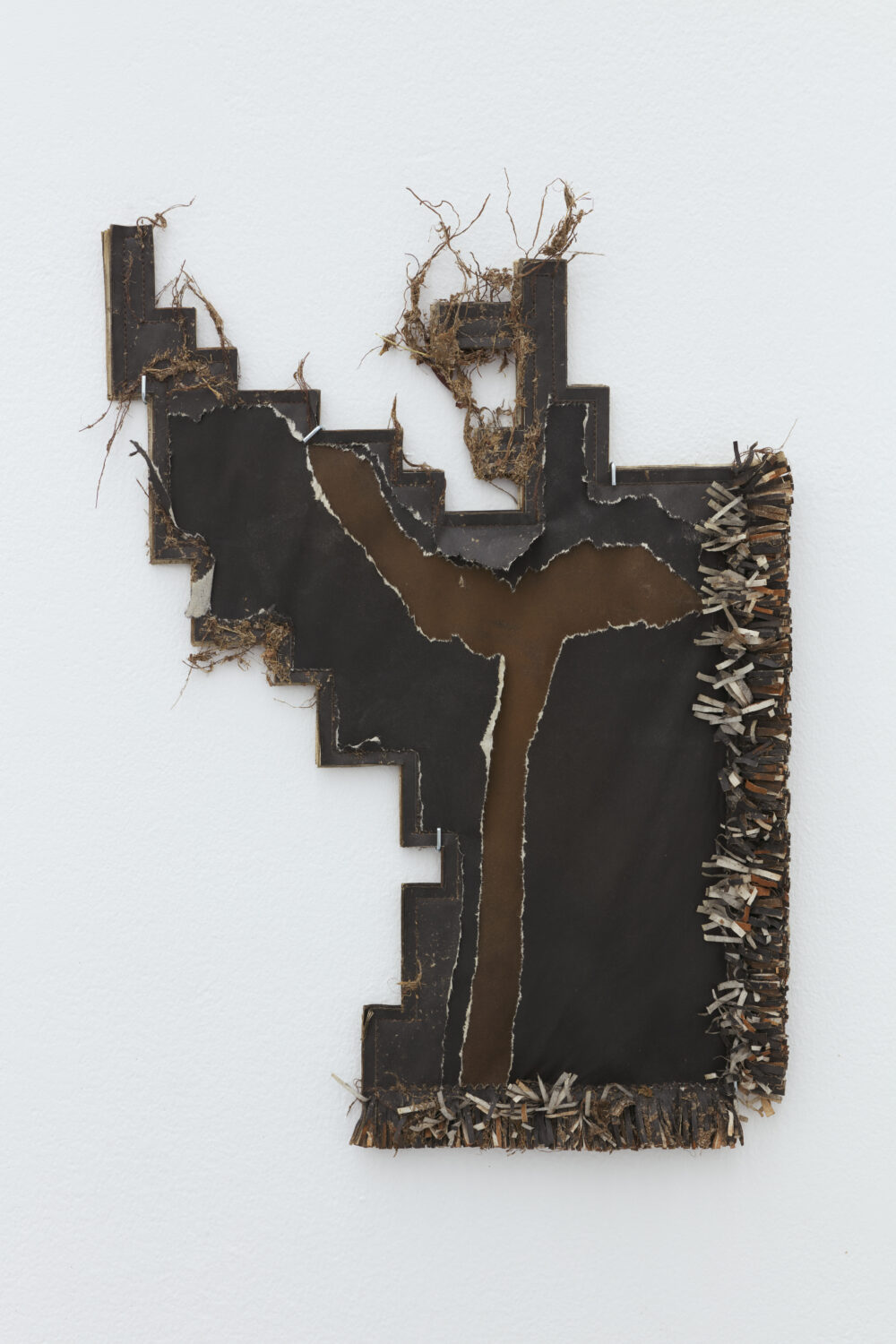 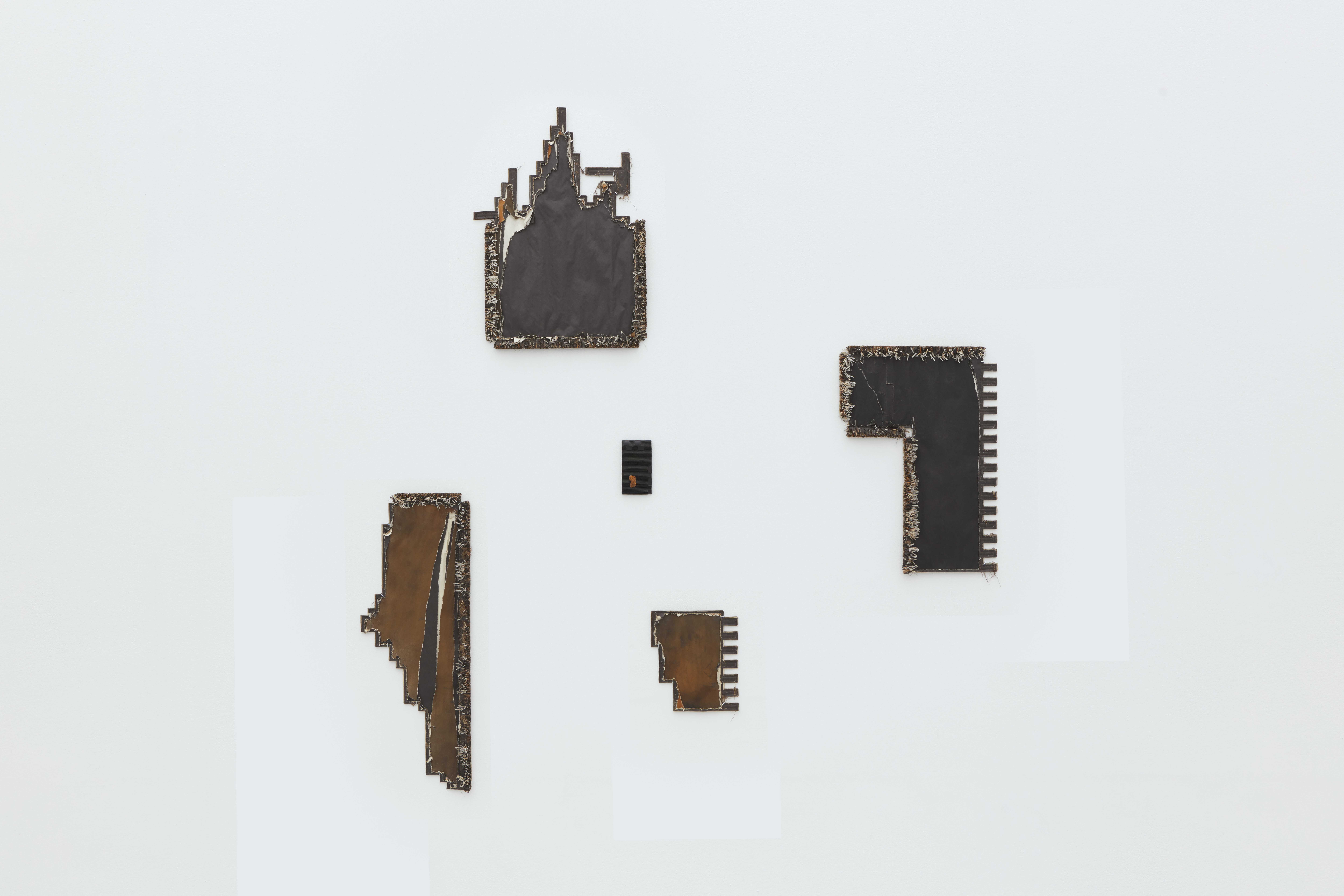 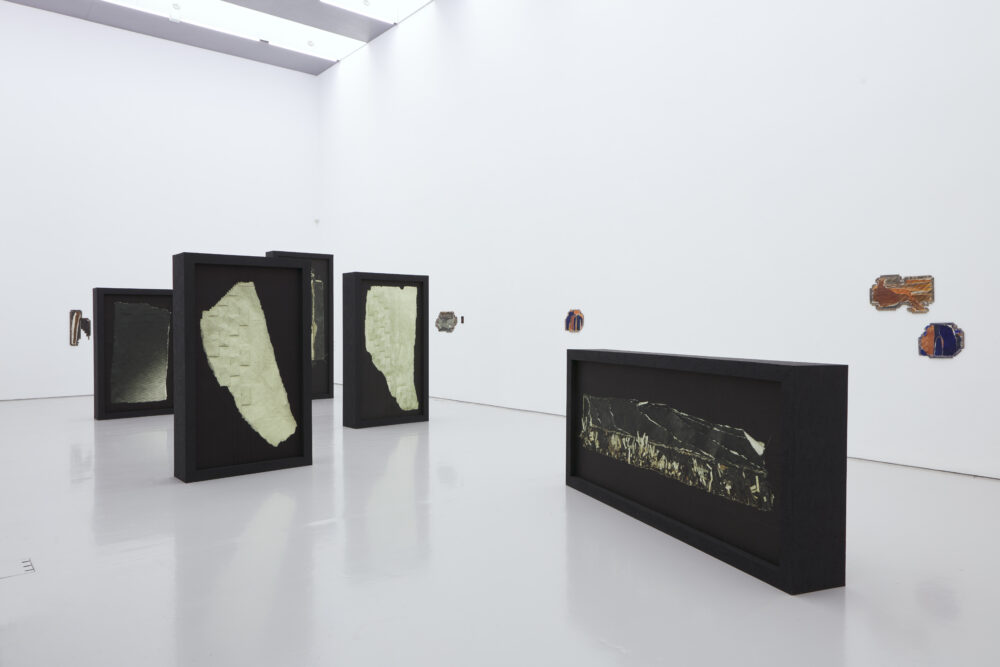 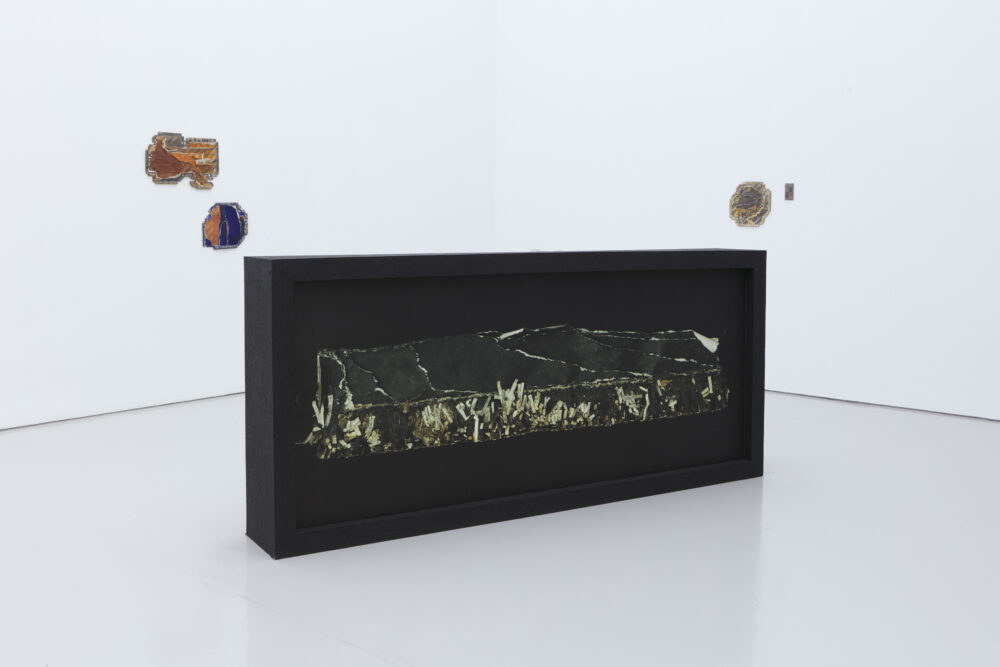 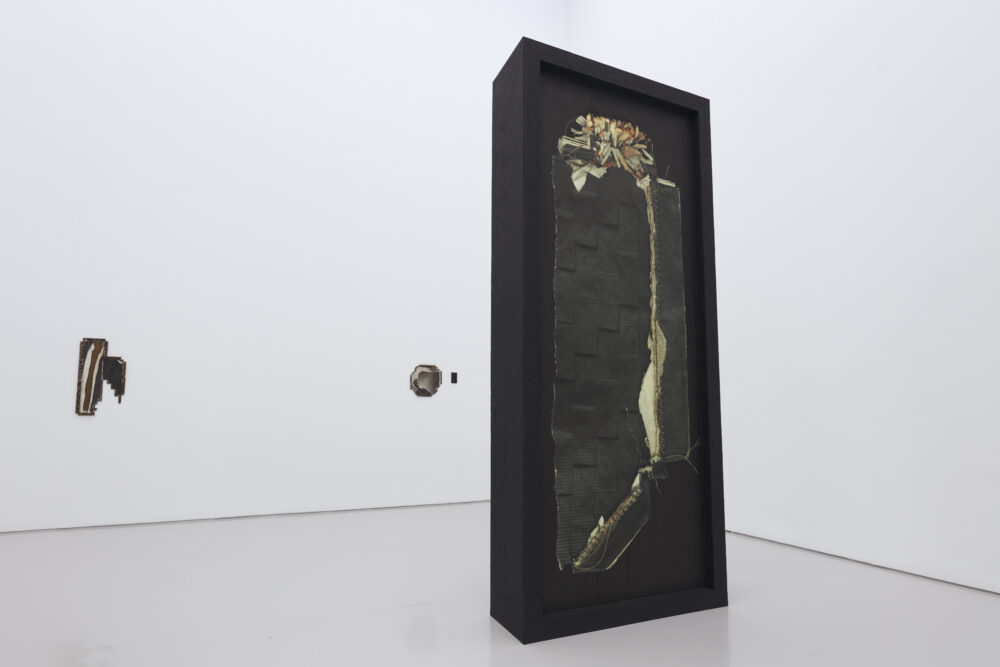 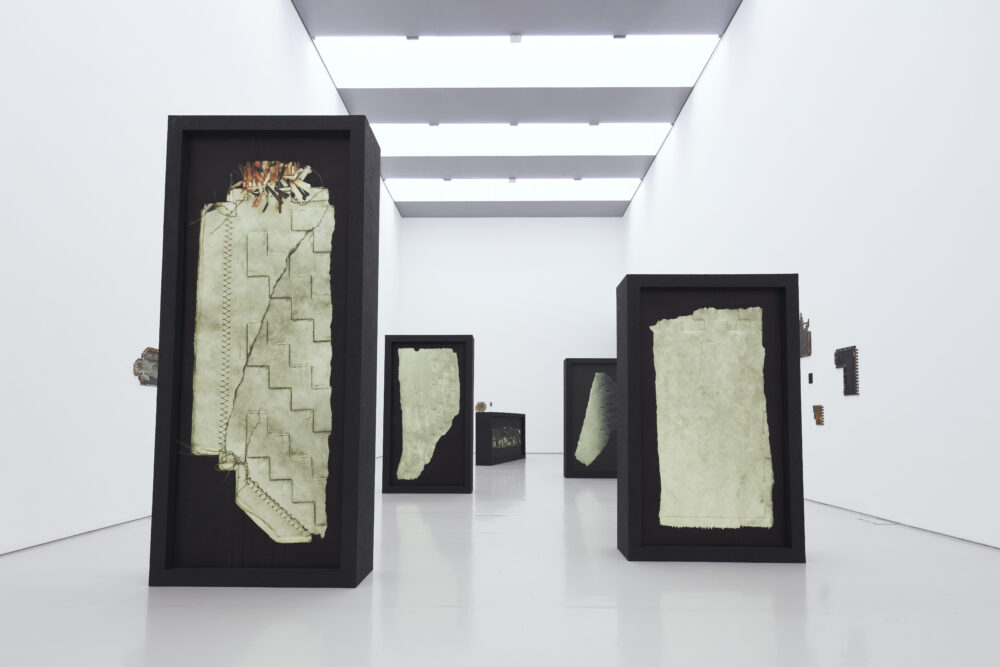 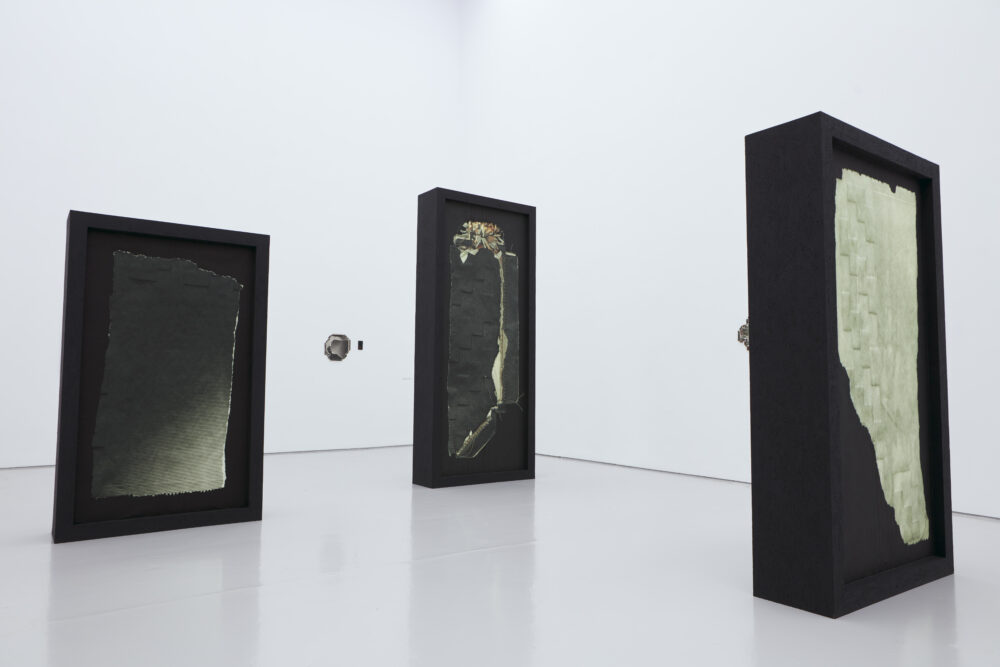 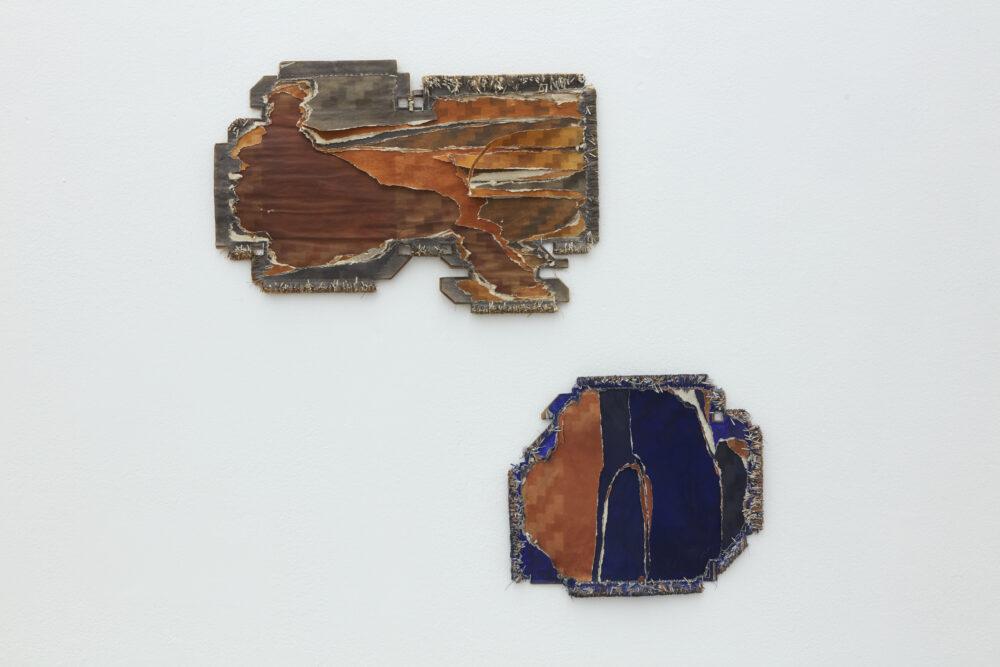 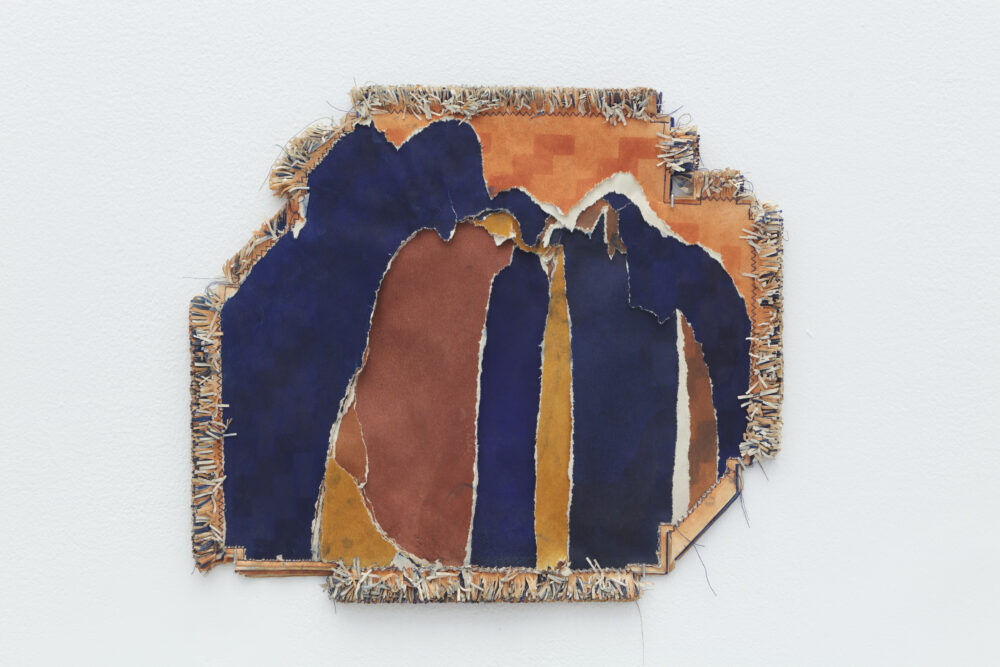 Watch a short interview with Tanoa Sasraku about the exhibition

The exhibition is part of the West of England Visual Arts Alliance programme, supported by Arts Council England.