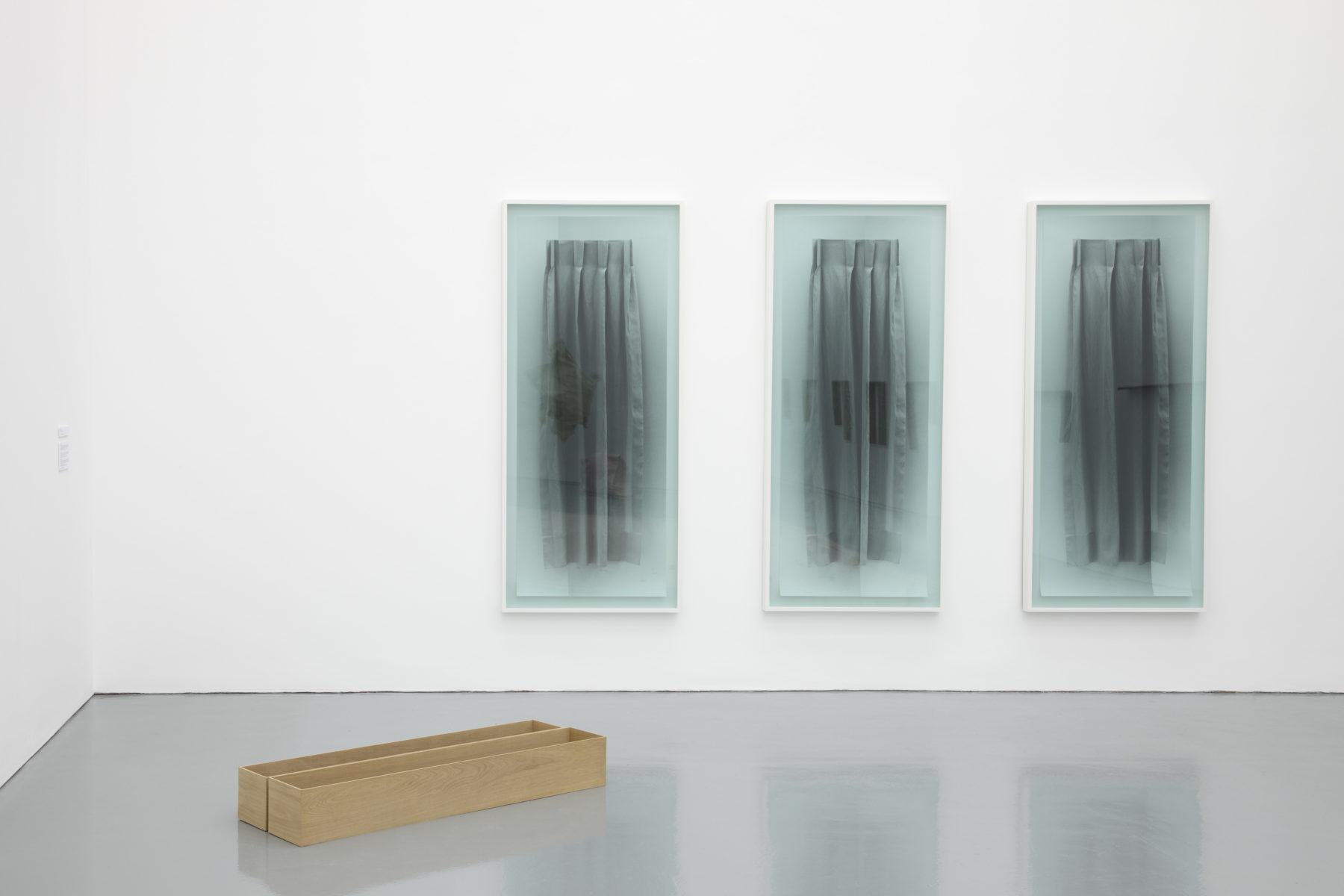 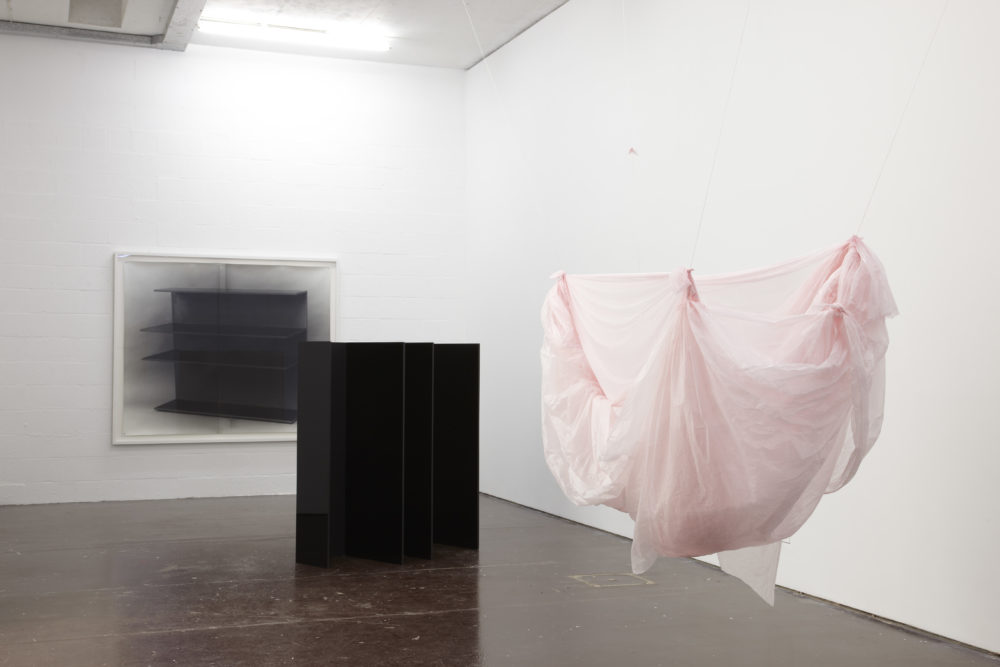 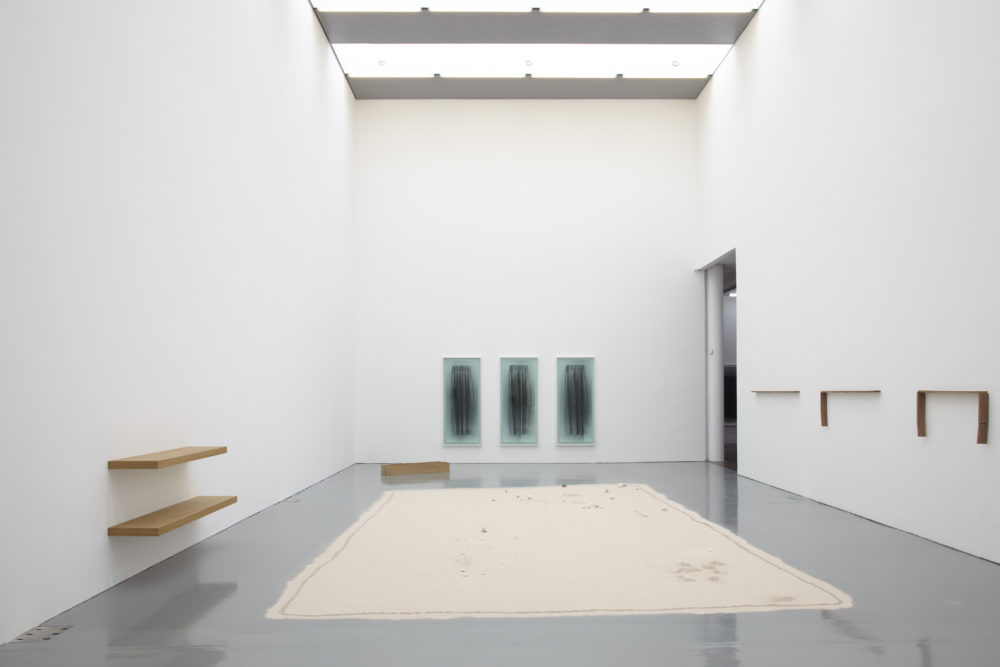 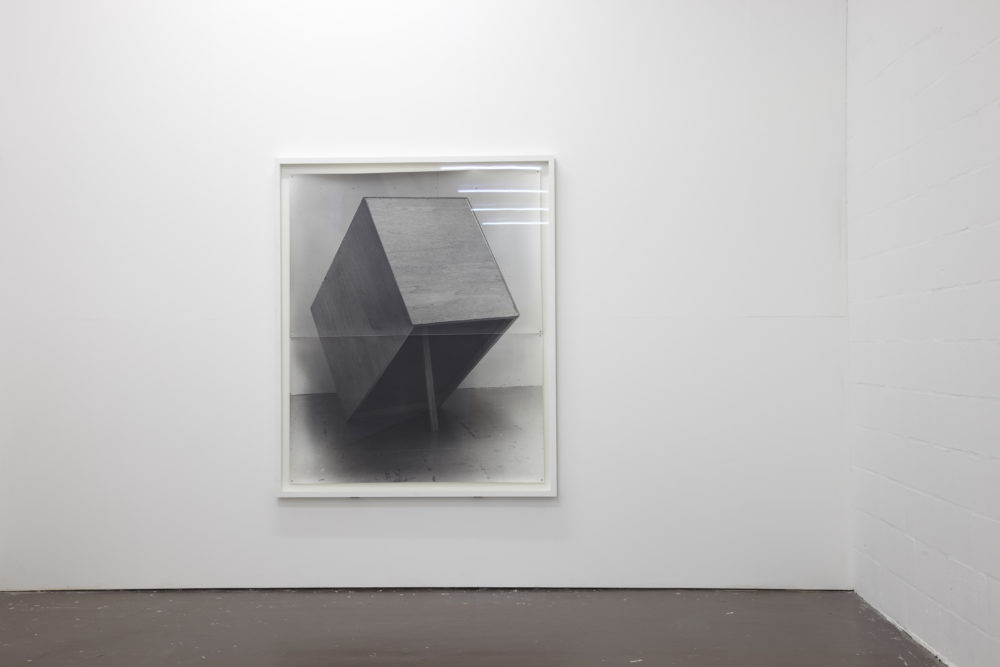 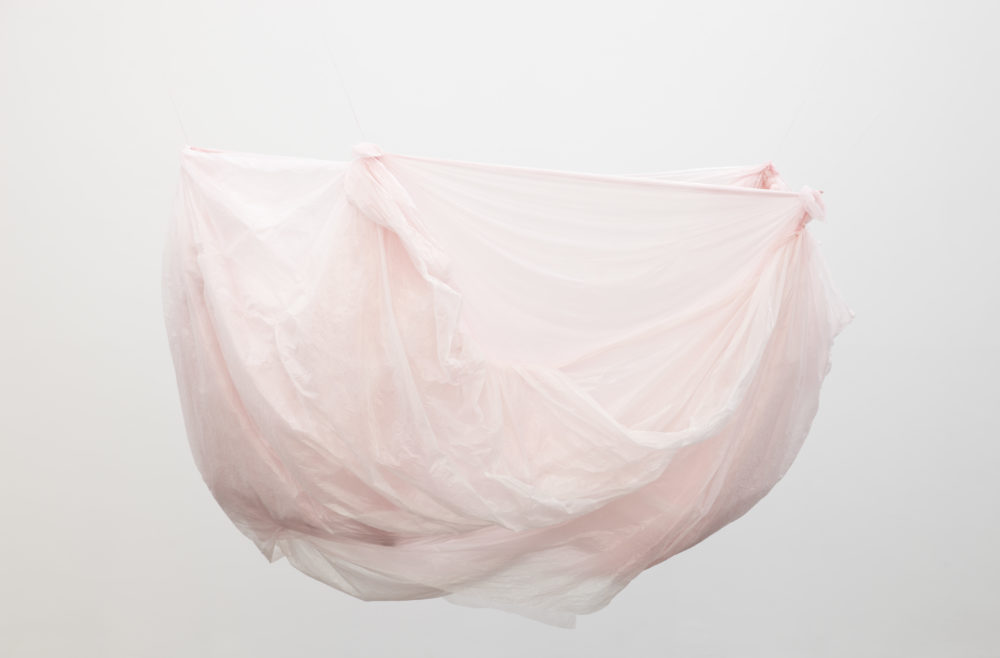 The artists’ chosen media and techniques are diverse. Unlikely sculptural materials such as cosmetics, sugar paper, blackboard paint and brass hinges, or craft in the form of carpentry and tapestry, are co-opted by all three to distinctive effect, making the familiar and everyday unsettlingly strange. From elements that are sometimes meagre or over-familiar, new poetic forms are created that are often mysterious and highly evocative.

The works in the exhibition were brought together by a shared sense of instability, ambiguity and fragility.  A paper and cellophane construction by Black looked initially as if it could be easily crushed, whilst other works appear as if they could blow away. Beasley’s equally fragile life sized photographs and delicate brass-hinged woodworks are deeply personal explorations into the relationship between the inanimate object and its image, the individual and its fate. Works by Barclay suspend traditional handcrafts and industrial techniques in a delicate balance – soft leather, wool and traces of manual labour are at odds with machined brass spikes and gimlet steel rods. 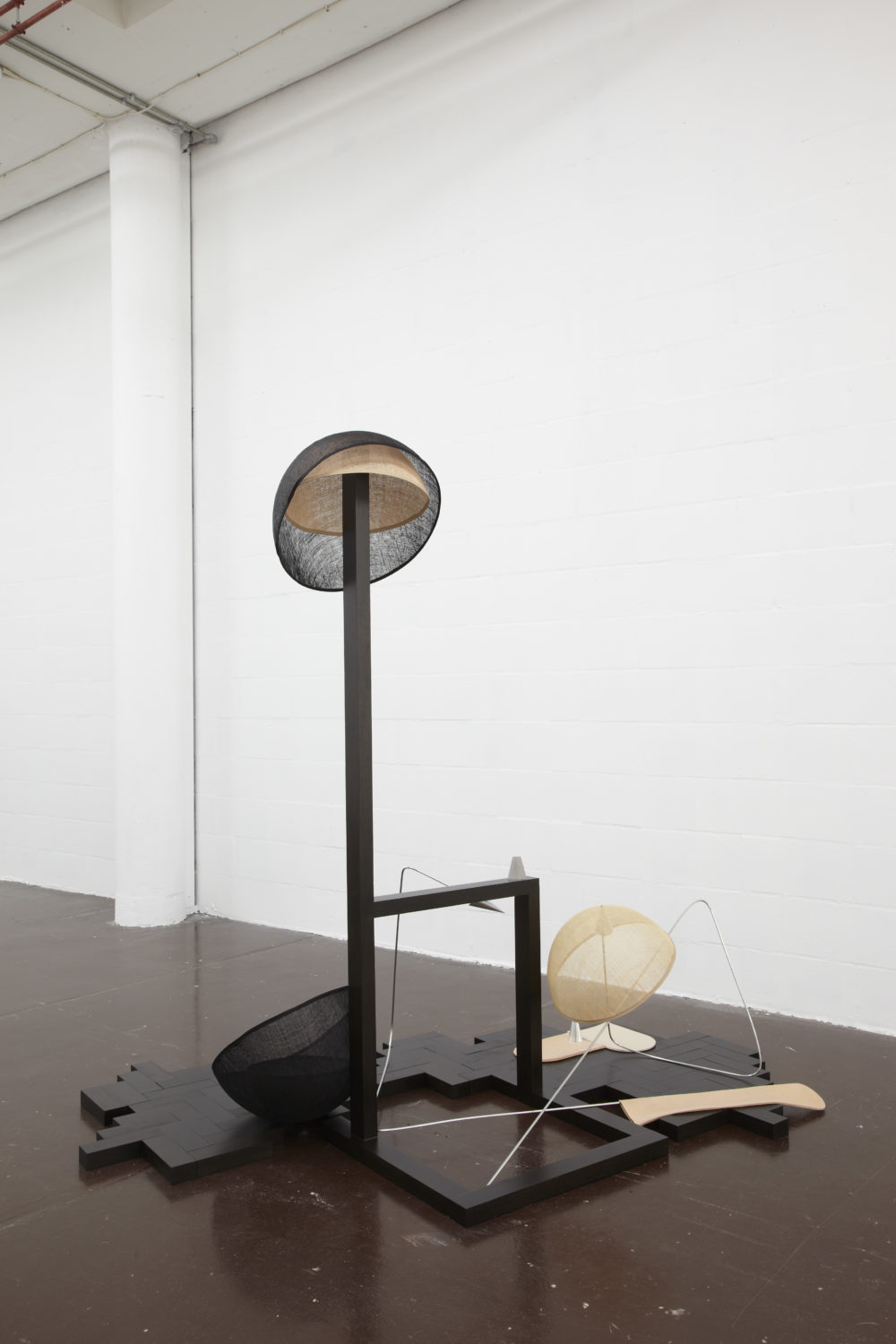 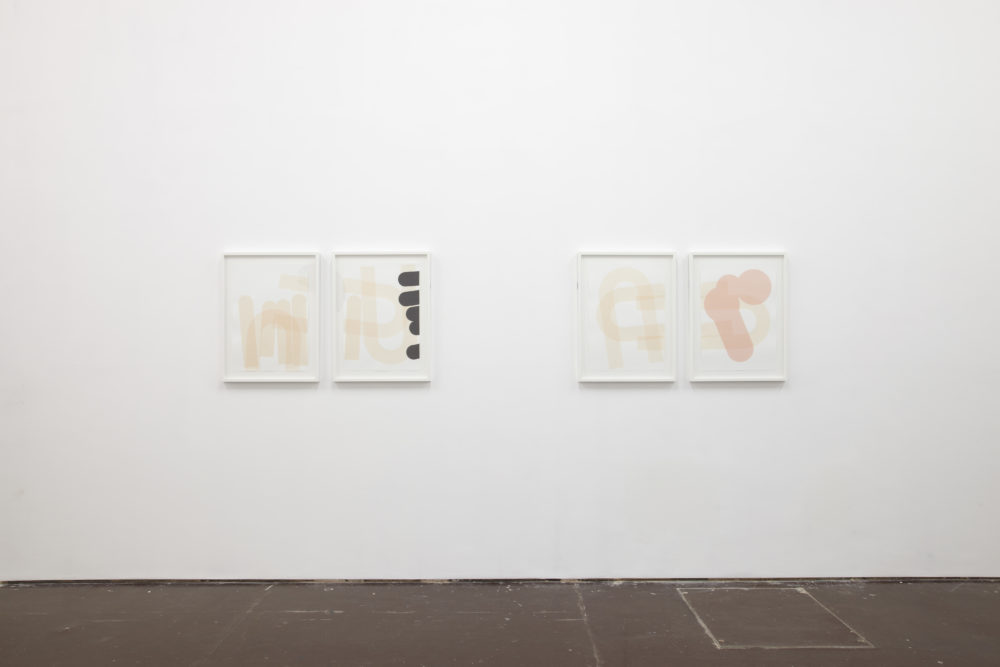 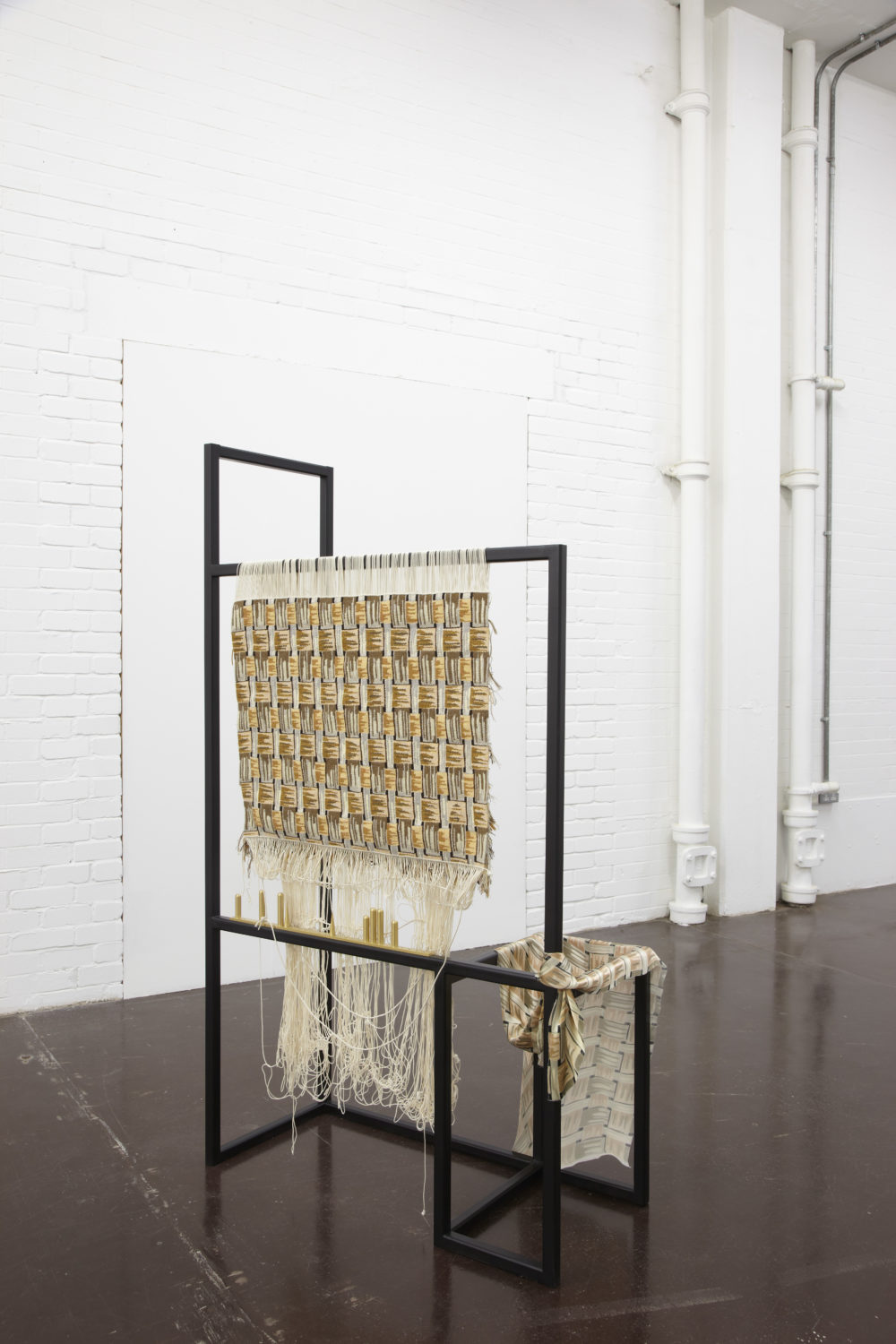 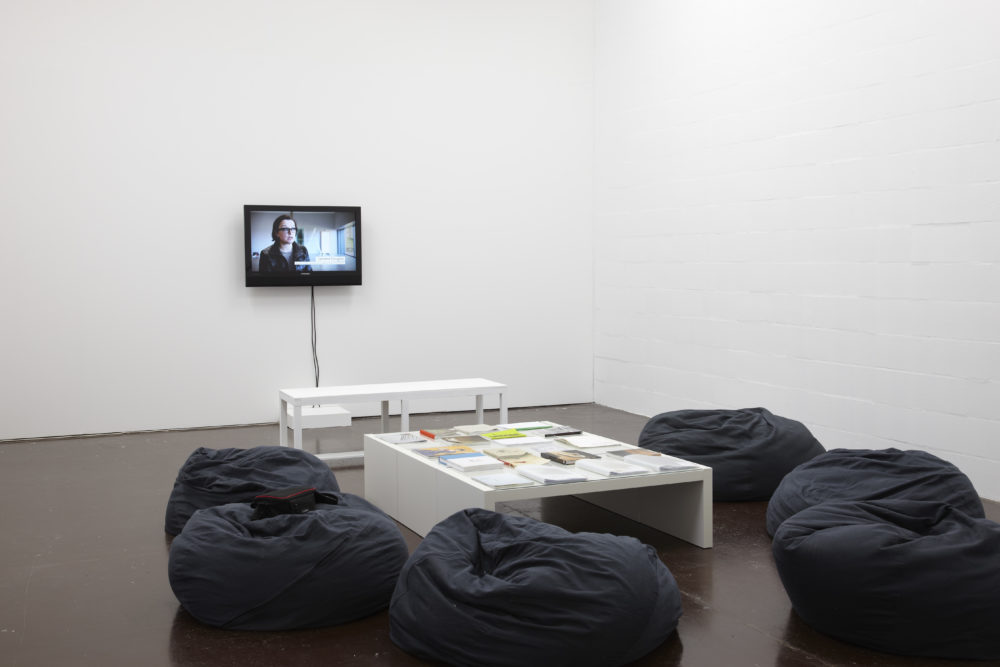 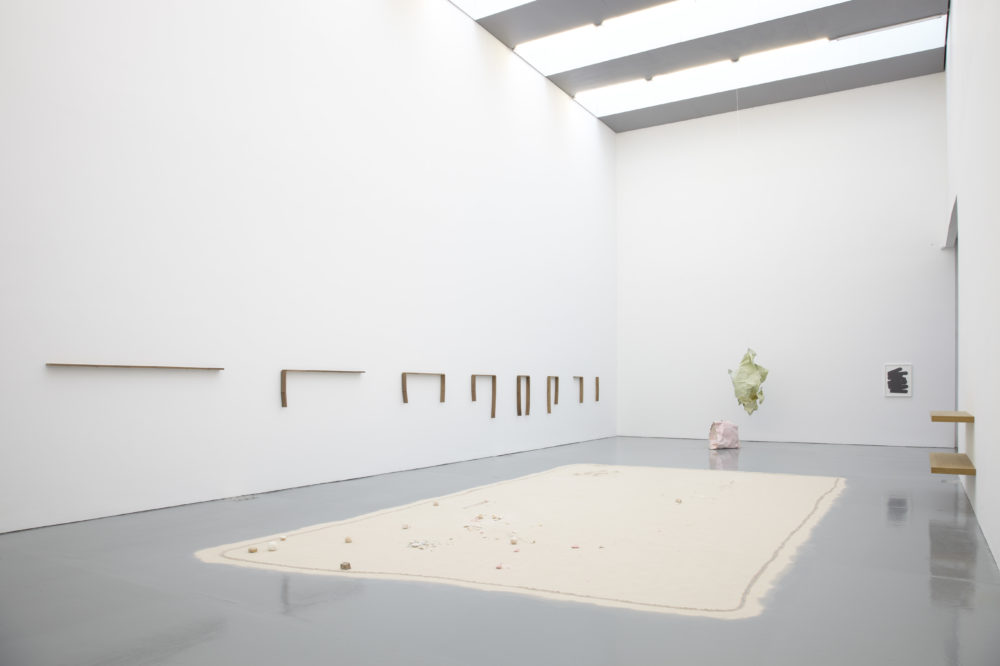 Claire Barclay (1968) lives and works in Glasgow where she received an MFA from the Glasgow School of Art in 1993. Recent solo shows include Shadow Spans, the Bloomberg Commission at Whitechapel, London (2010), Openwide at The Fruitmarket Gallery, Edinburgh (2009), and at Camden Arts Centre (2008). Group exhibitions include Material Intelligence, Kettle’s Yard, Cambridge (2009) and Group at doggerfisher, Edinburgh (2008).
Claire Barclay at Stephen Friedman Gallery

Becky Beasley (1975) lives and works in St. Leonards-on-Sea. She graduated with an MFA from the Royal College of Art in 2002, and solo exhibitions include The Outside at Tate Britain (2012) and Francesca Minini Gallery, Milan (2011) and Setting at Laura Bartlett Gallery, London (2012). Group exhibitions include Je Suis Un Autre at Kunstverein Freiburg (2012), The Imaginary Museum at Kunstverein Munich (2012) and Apropos of the Kissing of the Hand: A Celebration of the Writer Robert Walser in Newcastle upon Tyne (2012).

Beasley is represented by Laura Bartlett Gallery in London and Francesca Minini in Milan.

Karla Black (1972) lives and works in Glasgow where she received an MFA from the Glasgow School of Art in 2004. Recent solo exhibitions include Ten Sculptures, Kunsthalle Nurenburg (2010) and Karla Black at Modern Art Oxford (2009). Black represented Scotland at the 2011 Venice Biennale and was nominated for the Turner Prize 2011. 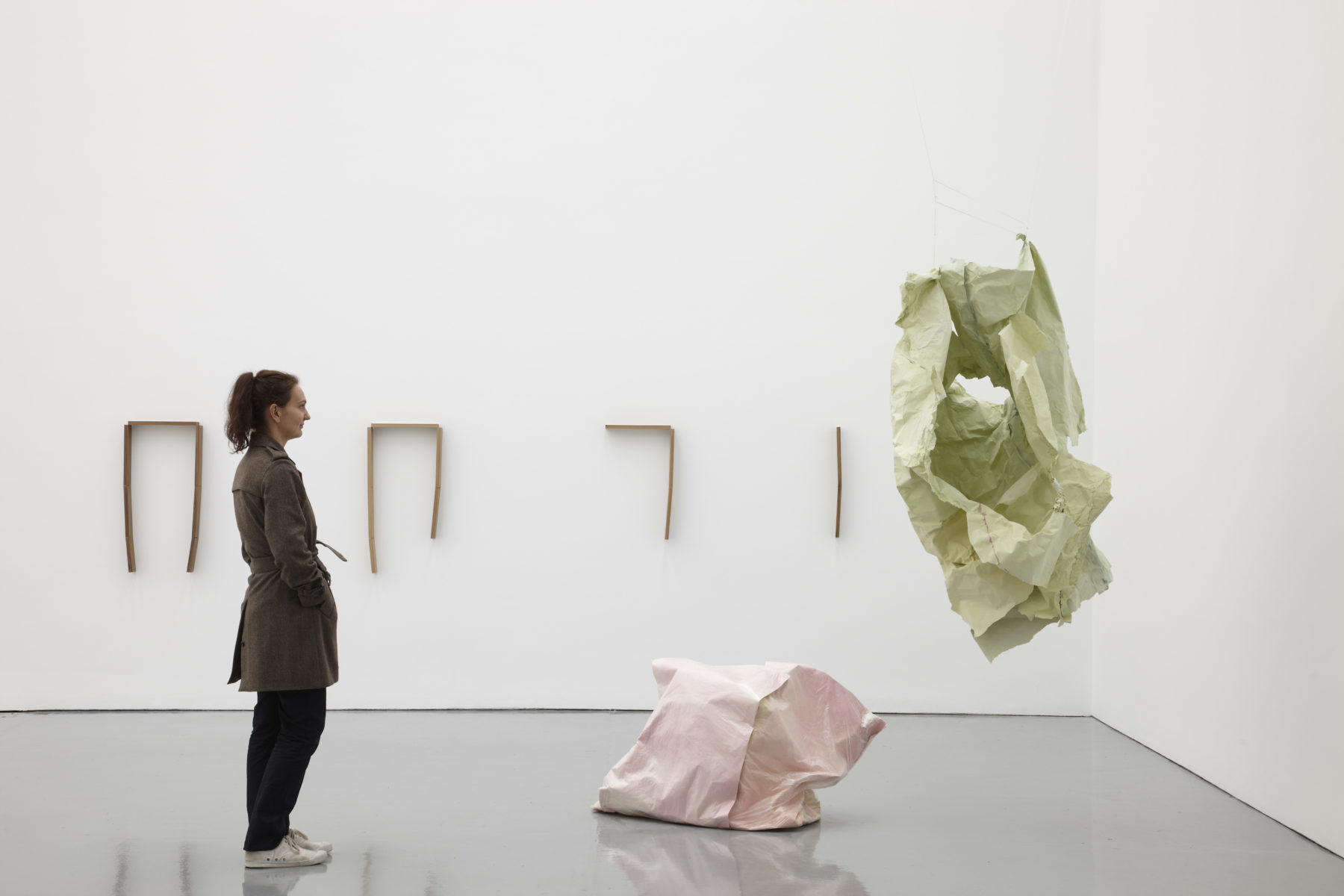 Structure & Material is an Arts Council Collection exhibition curated by Katrina Brown and Caroline Douglas in collaboration with Spike Island.