Sophie Warren and Jonathan Mosley with Can Altay

Sophie Warren and Jonathan Mosley with Can Altay 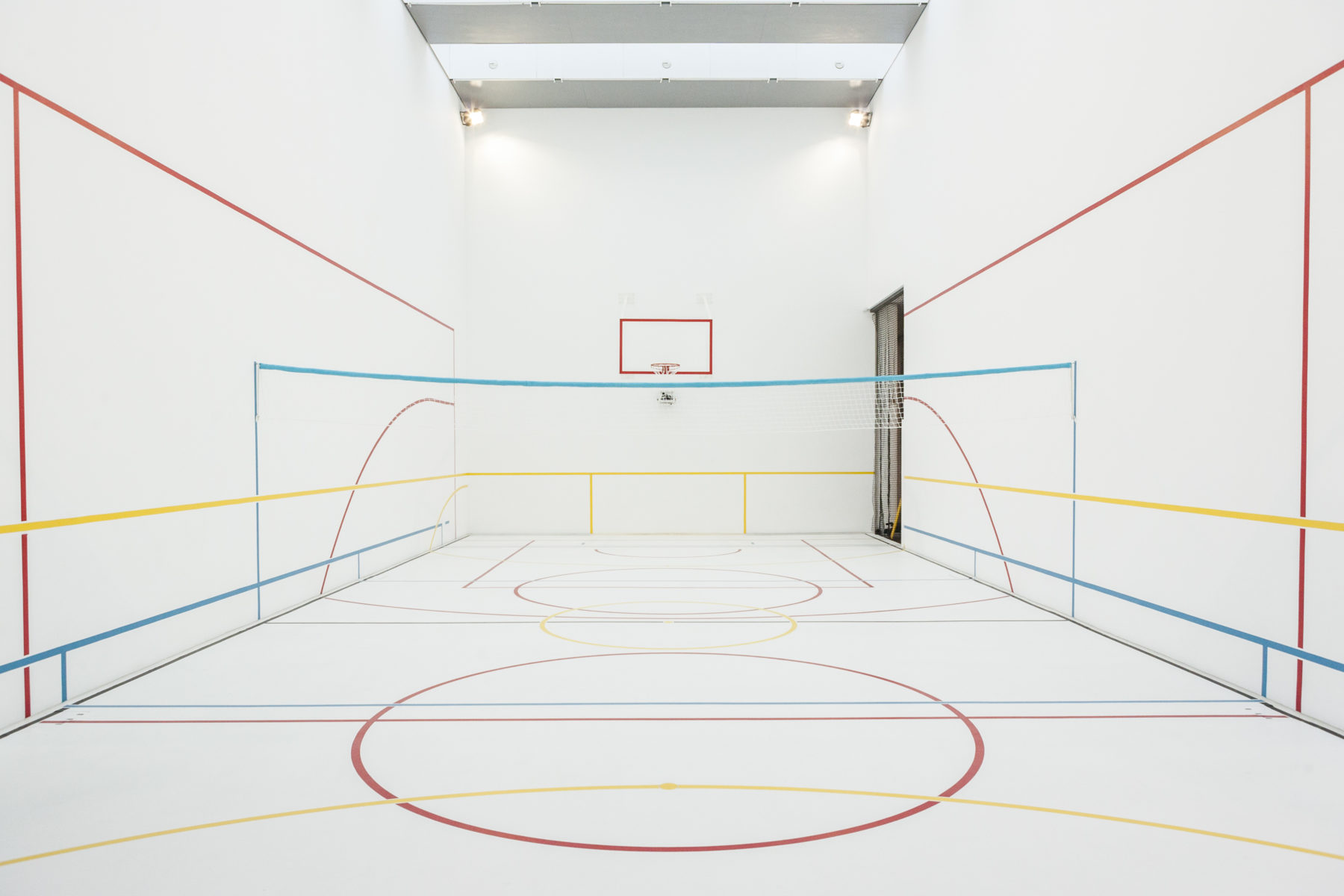 Rogue Game is an ongoing project devised by Bristol-based artist/architect collaboration Sophie Warren and Jonathan Mosley with Turkish artist Can Altay. The game brings together three different sports staged simultaneously in the same arena, with each game played according to its own rules. In doing so, Rogue Game constructs a setting that gives rise to moments of improvisation, subversion, ingenuity and chance, proposing itself as a metaphor for how we might share the urban realm. 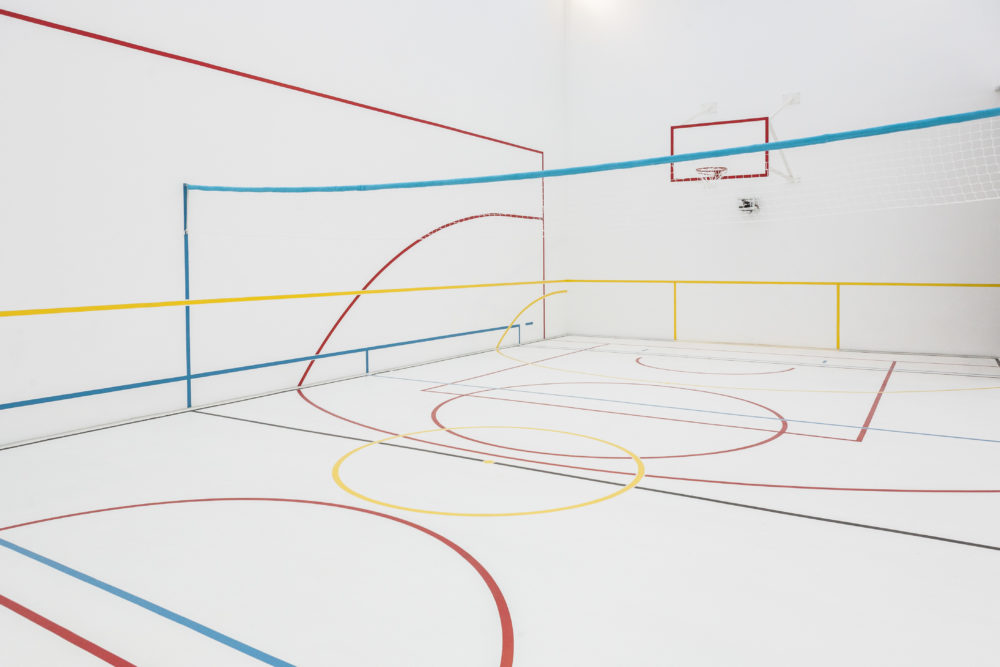 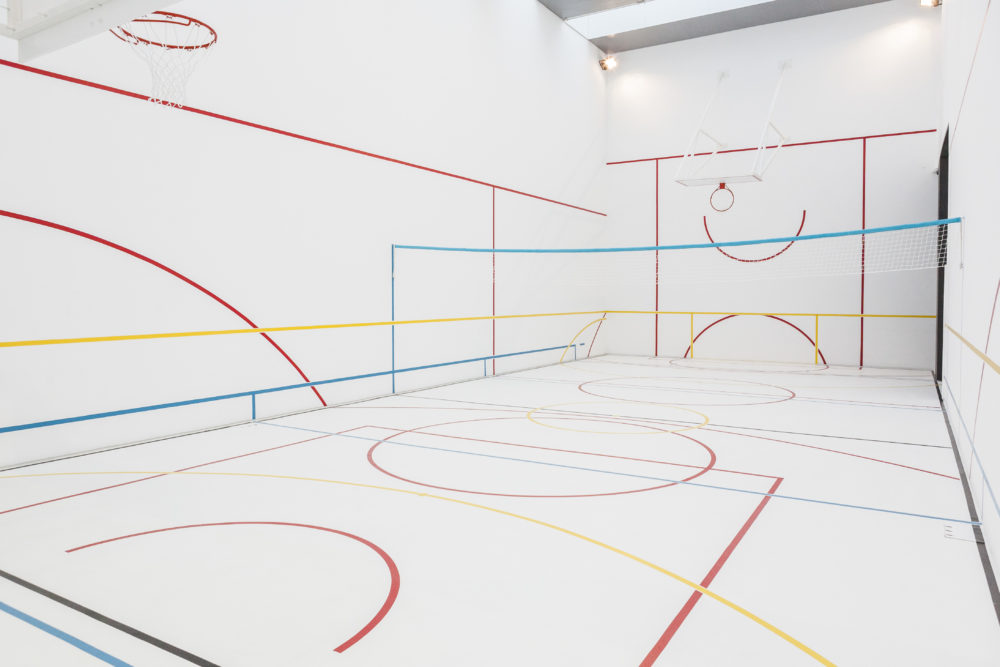 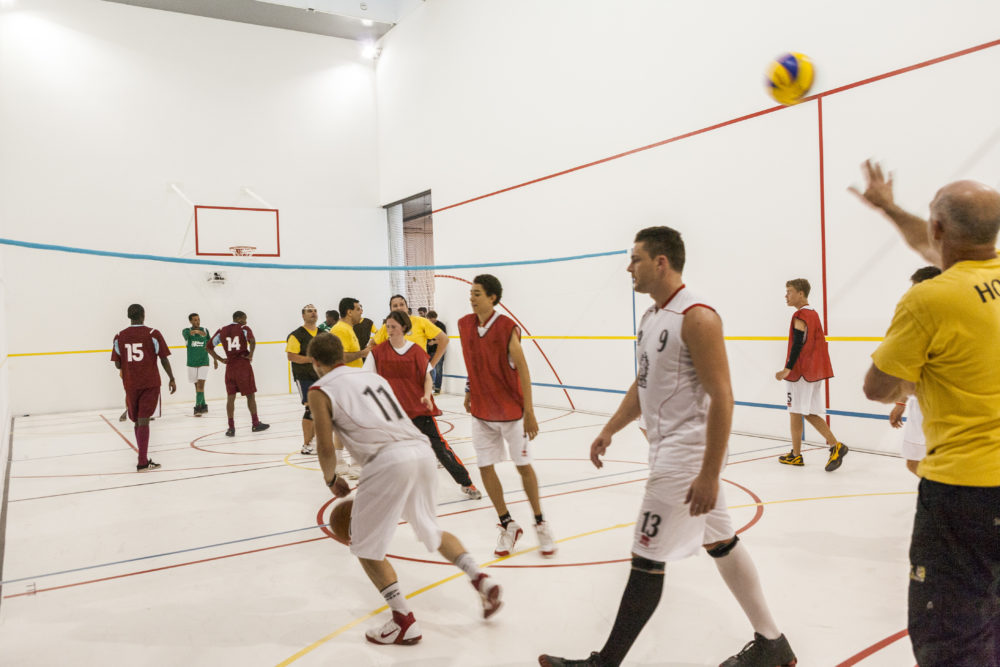 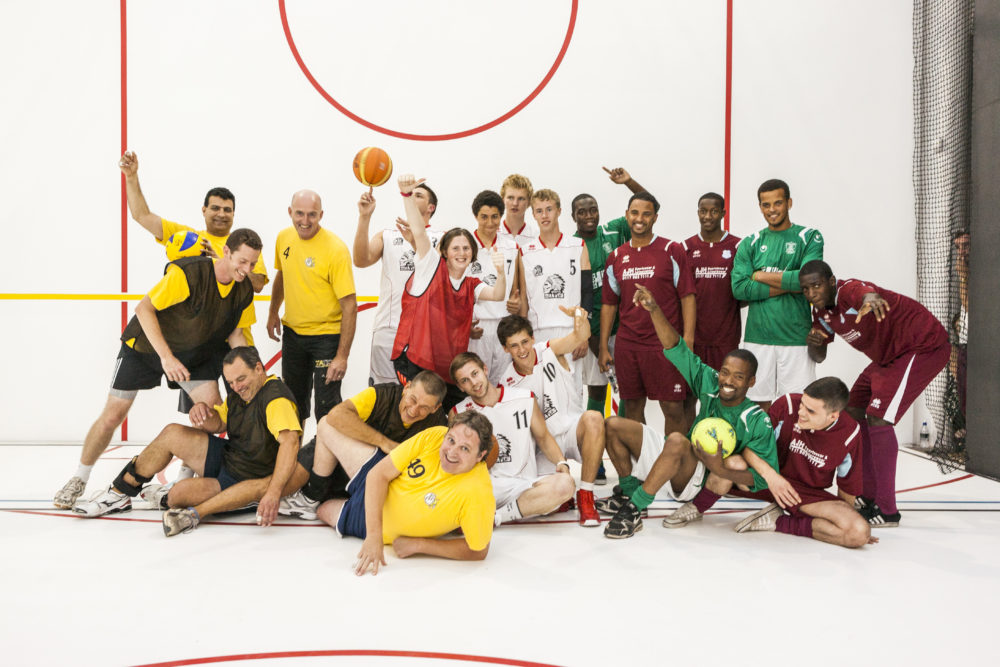 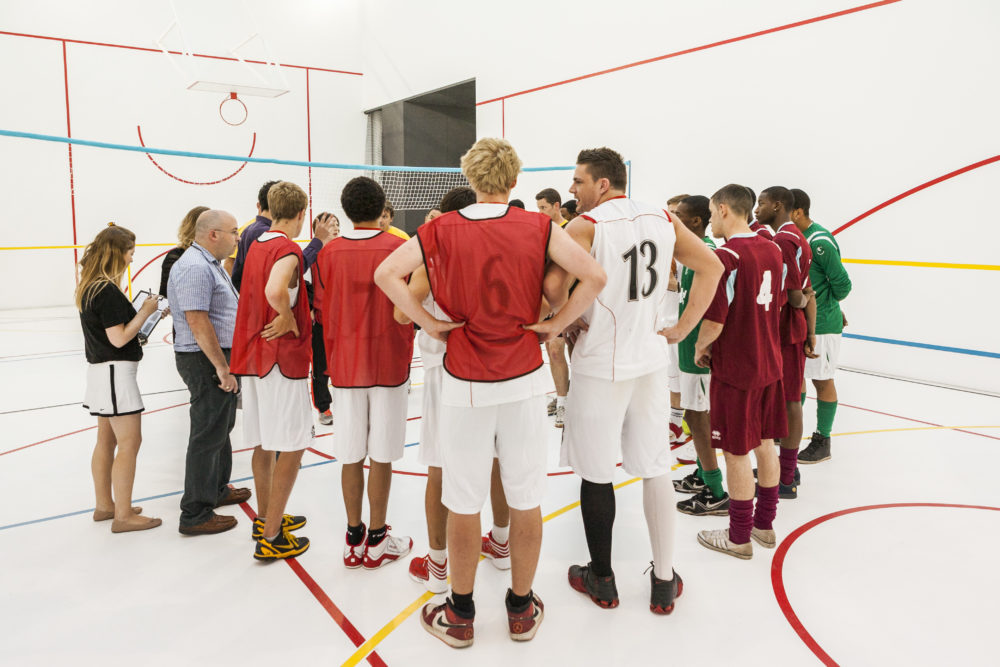 Within the zone of play, the markings of multiple game courts – here five-a-side football, basketball and volleyball – were transplanted into the gallery, introducing the architecture of the multipurpose sports hall into the space. Through this simple overlaying of time and space, players negotiated their own game and those of others, moving between individual and collective tactics. As Rogue Game is played, the struggle between the three games and their players begins to exchange known rules for new, ever-changing strategies, through which a novel gaming instinct emerges. Scheduled matches between invited sports teams took place each Saturday afternoon during the exhibition; at other times visitors were invited to take part themselves on the ‘court’. 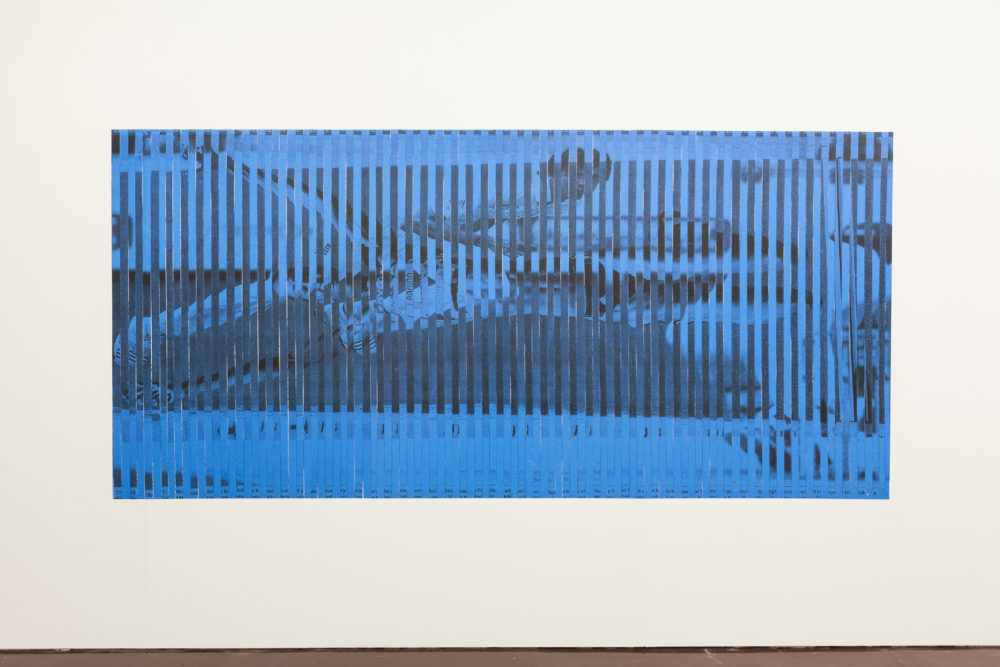 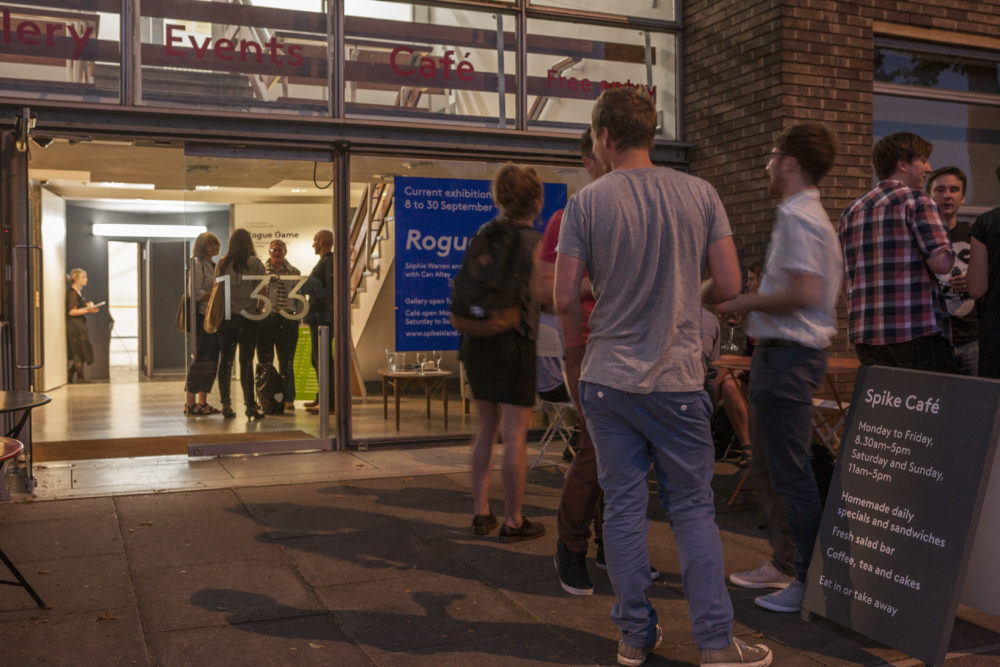 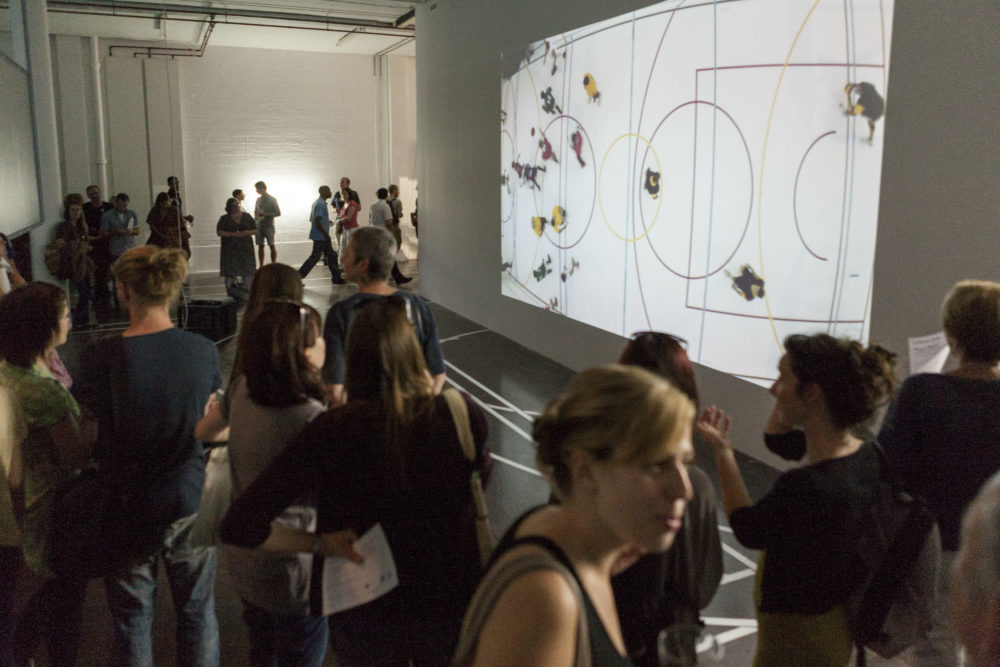 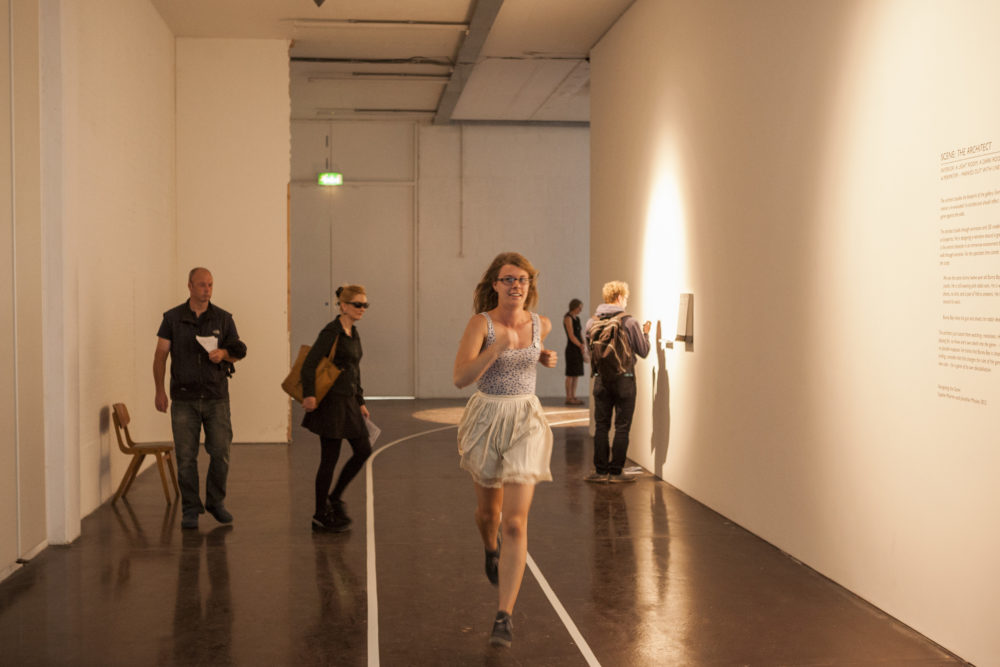 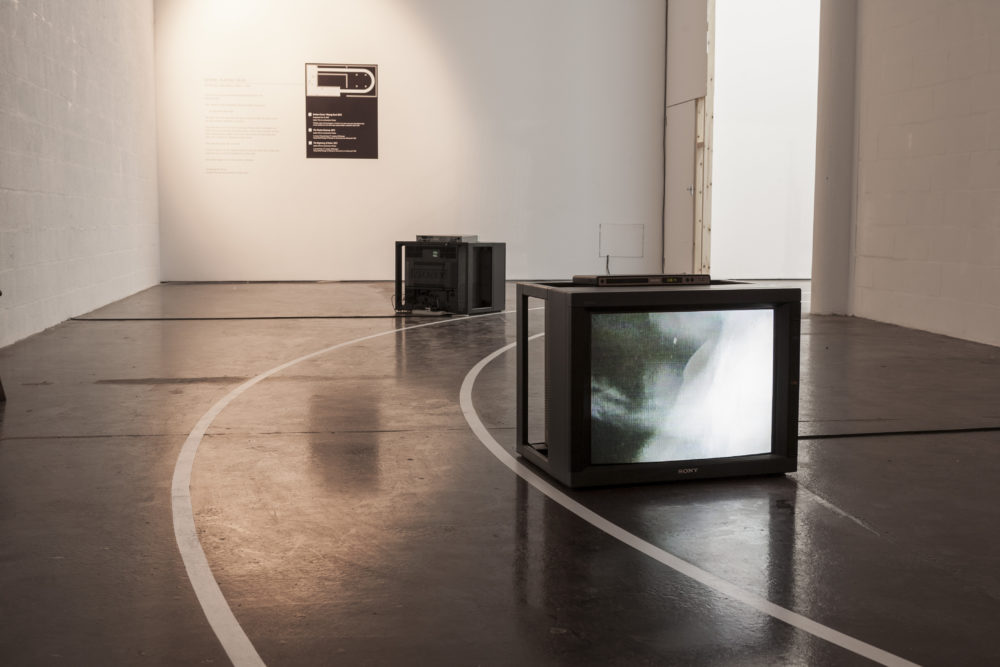 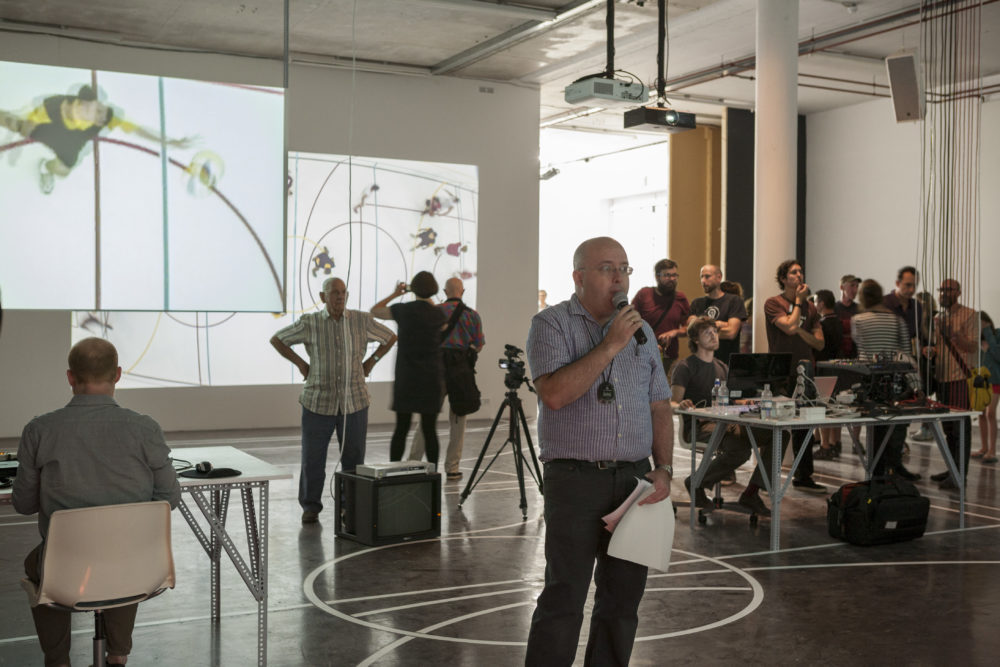 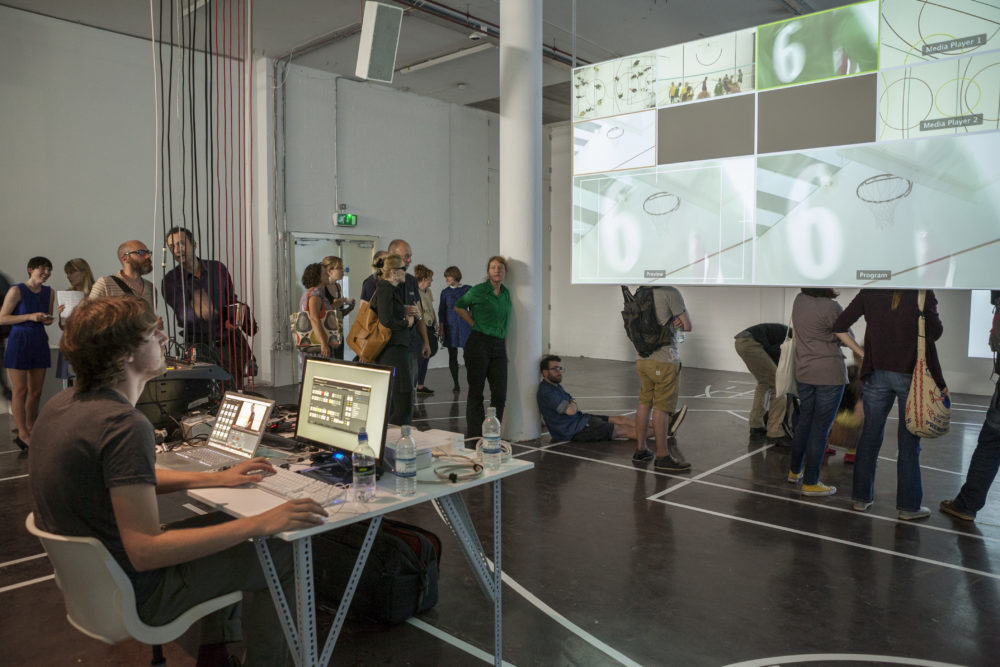 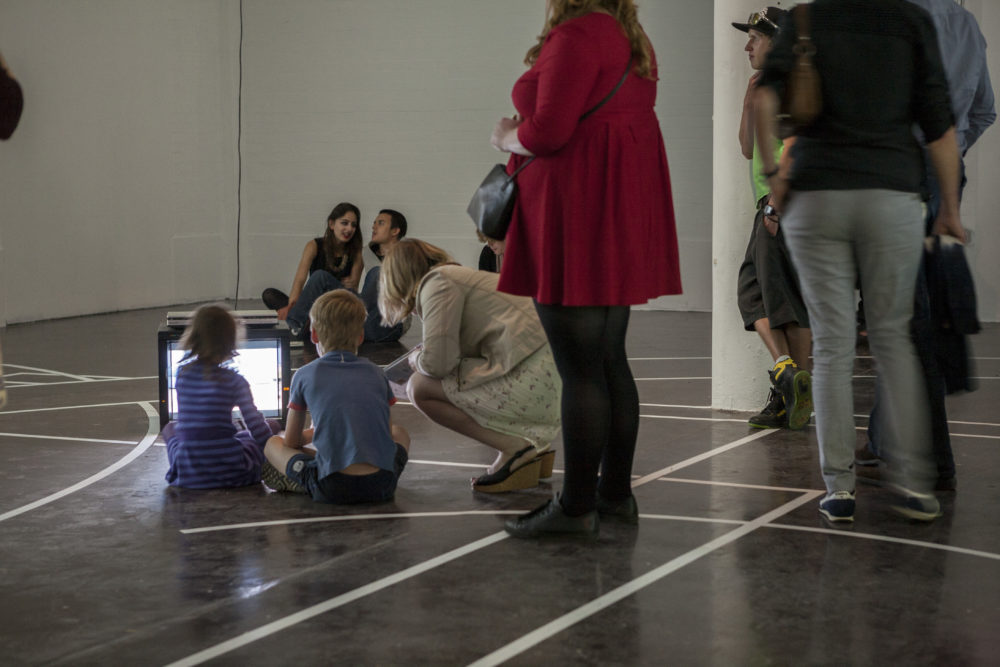 This hybrid work saw the game evolving and mutating according to each location in which it was realised. Warren and Mosley, both Spike Island studio holders, originally conceived Rogue Game with Altay during his residency here in 2007. The project has since been produced at The Showroom in London, Smart Project Space in Amsterdam and Casco in Utrecht. At Spike Island, the artists configured the entire gallery space as an immersive environment of play, which included newly commissioned works.

By entering into Rogue Game, participants took on multi-faced roles, moving fluidly between art audience, sports spectator and player. As these positions shifted, we were invited to consider what it means to be in or out of position, on or off the pitch, following or not following the rules. The gallery was presented as a space for spectacle and action, a setting for new communities to come together and for developing alternative frameworks for co-habitation through the informal and unplanned possibilities of play.

Can Altay is an artist living in Istanbul. He investigates the functions, meaning, organisation and reconfigurations of public spaces. Altay’s “settings” provide critical reflection on urban phenomena and artistic activity. His work is staged and manifested through the spaces and publications he produces.

Altay has had solo exhibitions at Casco, Utrecht (2011), The Showroom, London (2010), Kunstlerhaus Bethanien, Berlin (2008), Sala Rekalde, Bilbao (2006) and Spike Island, Bristol (2007). His work has been included in Biennials of Istanbul, Havana, Busan, Gwangju, Taipei; and in museums and galleries such as the Walker Art Center (USA), VanAbbe Museum (Netherlands), ZKM (Germany), P.S.1 MoMA (USA), and Platform Garanti (Turkey). He was recently commissioned by London 2012 Festival and Frieze Foundation to develop a public artwork.

He is the founding editor of Ahali: A Journal for Setting a Setting, and works as an academic in the fields of art and architecture.

Sophie Warren and Jonathan Mosley are an artist/architect collaboration. Their work generates physical and imaginary architectural settings for occupation by participants and protagonists. The settings are constructed as installations, events or publications, using architectural elements and objects, live and recorded action, text and narrative. Each setting overlays the logics of distinctly different architectural, conceptual and game structures, bringing them into productive tension.

They are working on forthcoming project Architecture of We and were artists in residence at the French Communist Party Headquarters in Paris. During 2016 they were Institute français laureates at the Cité internationale des arts in Paris, and won awards from Arts Council England and British Council for development of Architecture of We. 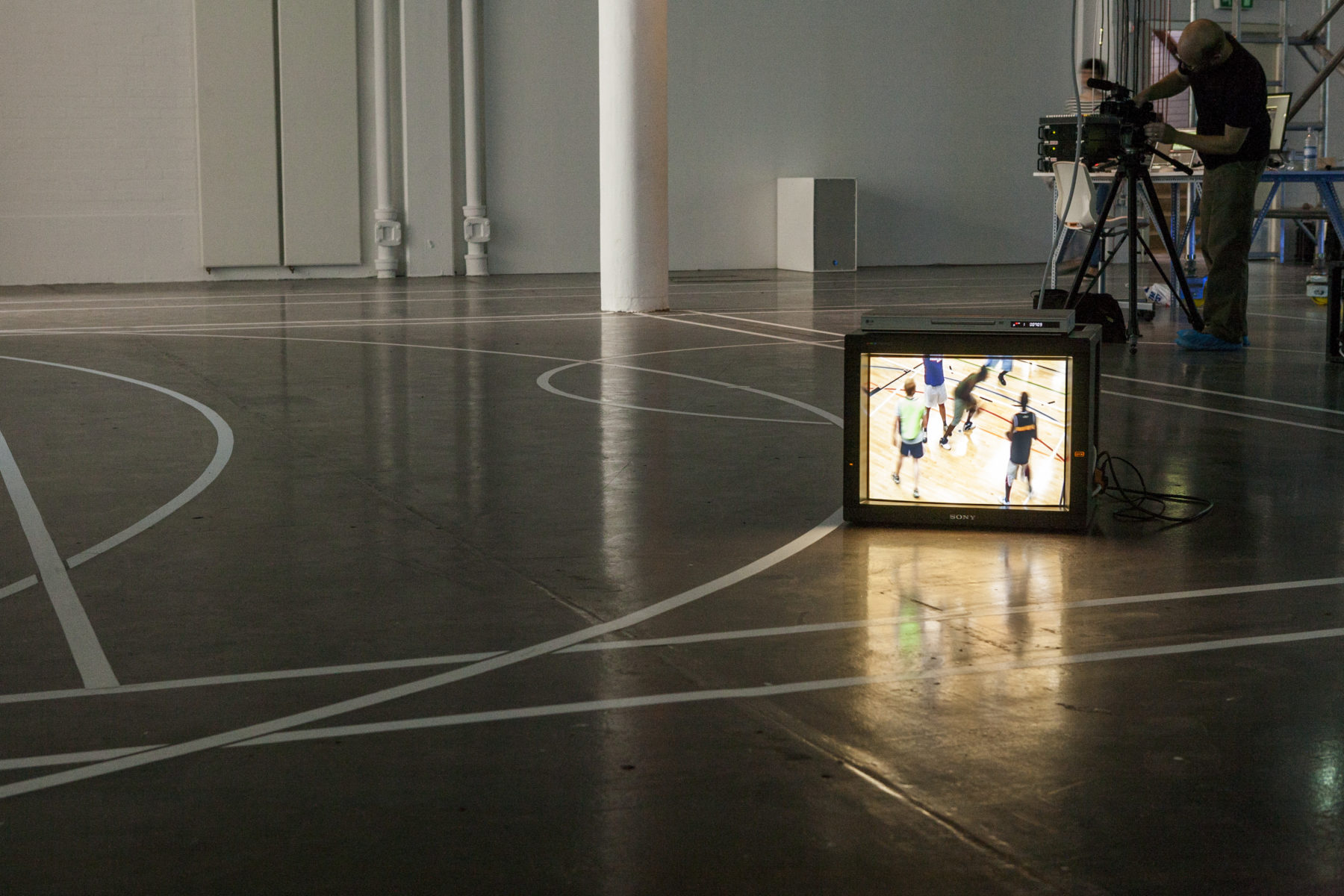 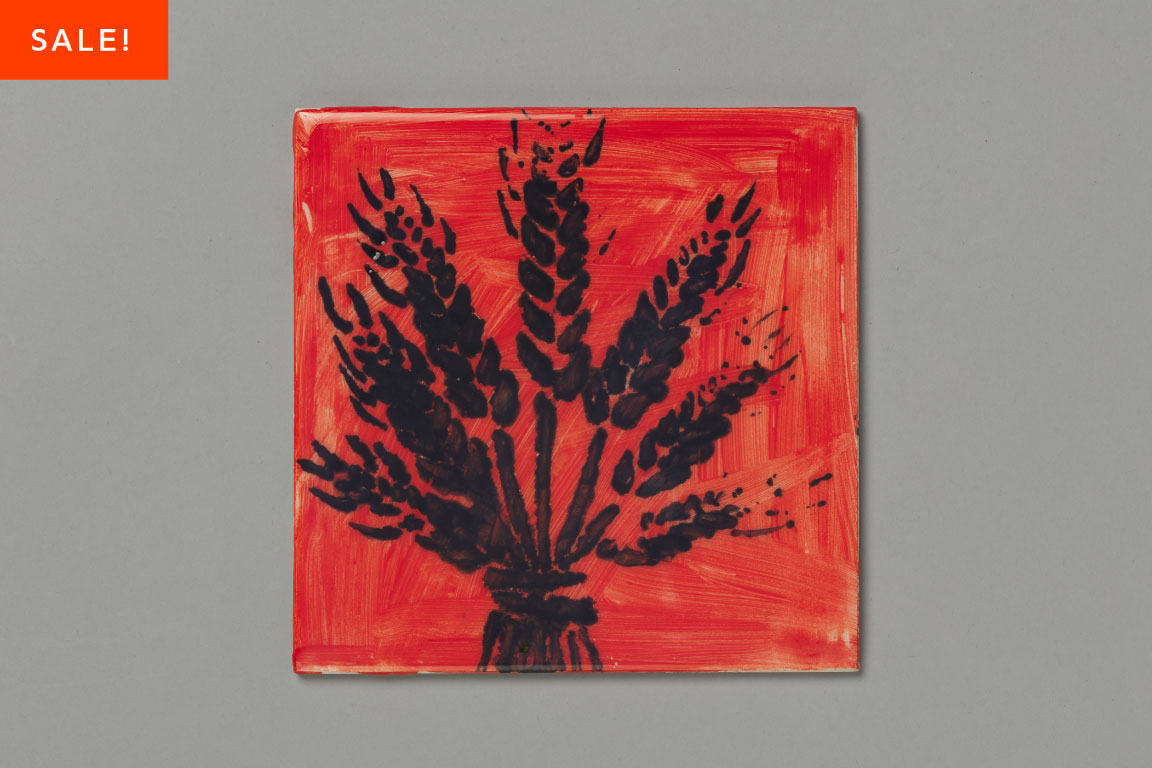