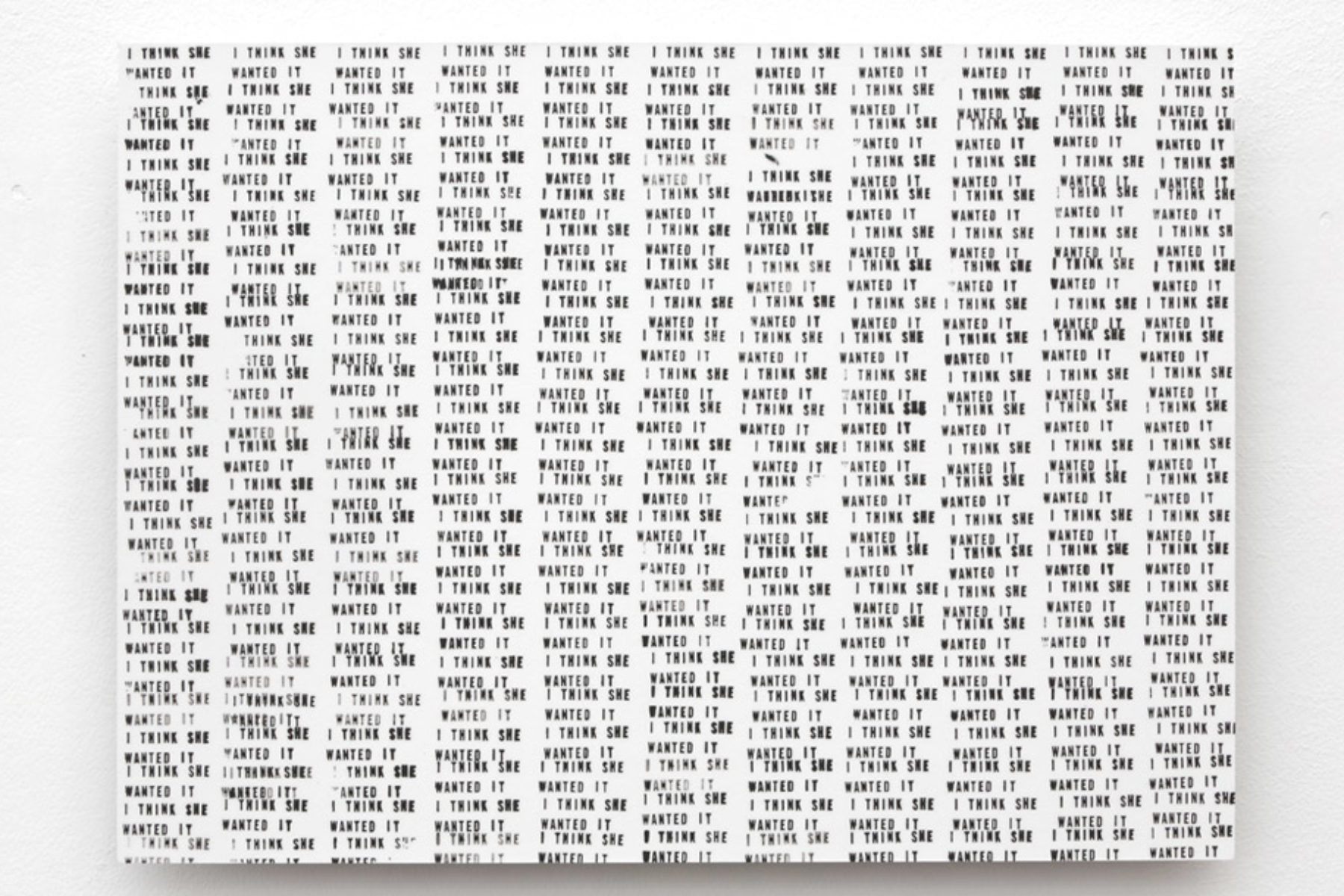 Spike Island presented a new multi-media installation Like Love – Part One by British artist Sonia Boyce. This body of work included drawings, prints, hand-made wallpaper and an animation. Like Love – Part One has been developed through a residency with The Meriton School for Young Parents, Bristol. 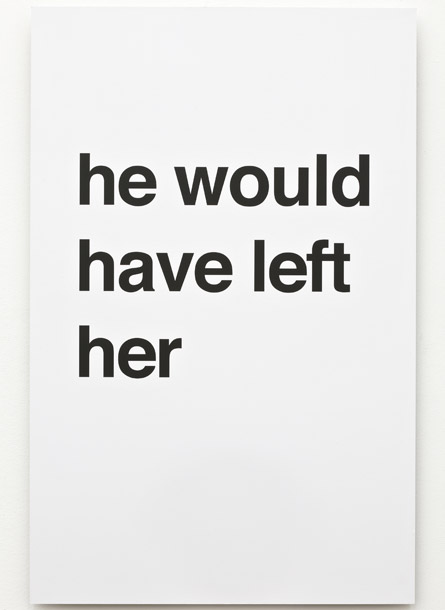 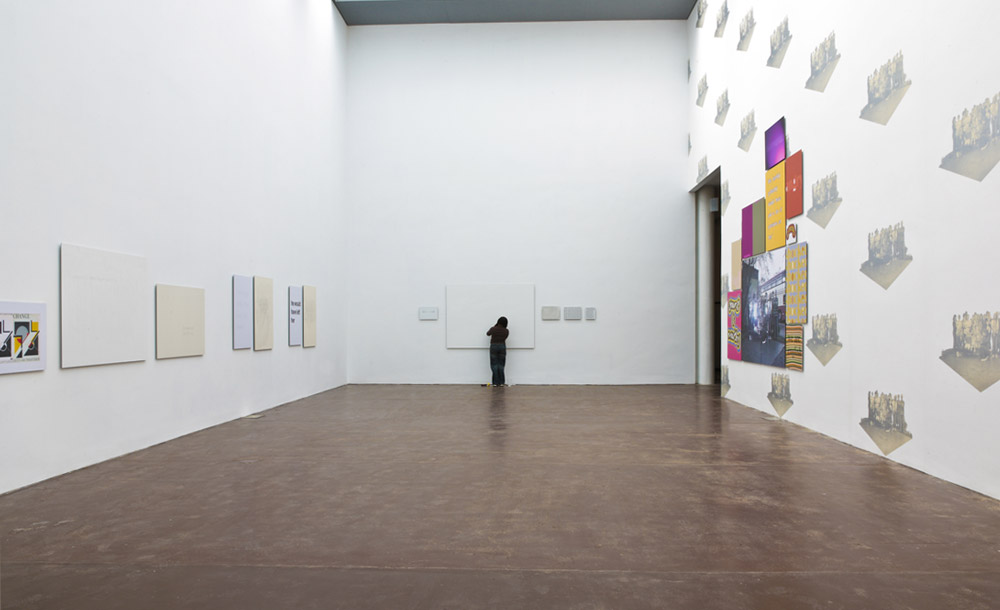 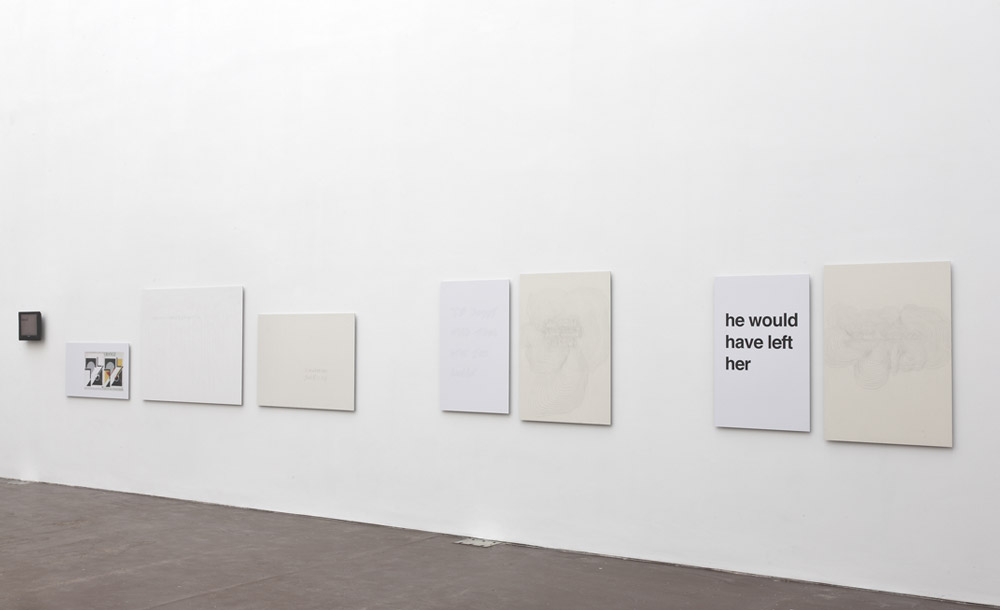 Central to Boyce’s practice is the act of working with other people in what she terms “improvised collaborations”, and here the artist took extracts from conversations with young parents, creating a visual and textual dialogue that speaks equally of young desires and insecurities. This installation did not, however, set out to be read as a portrait of the young women nor did Boyce intend to expose private lives in the public realm. Instead, many of the quotes were derived from the students’ responses to a work of fiction. That said, the pervasive use of a photographic group portrait of Boyce’s collaborators, which cleverly manifested itself as a recurring semi-abstract motif within an expanse of wallpaper, subtly paid homage to the artist’s associates, while avoiding sentimentality or affectation. In other works, through choices of typography, the artist re-interpreted quotes to create a series of artworks that produced a fragmentary experience of longing and raise wider questions about the nature of due care in contemporary life. 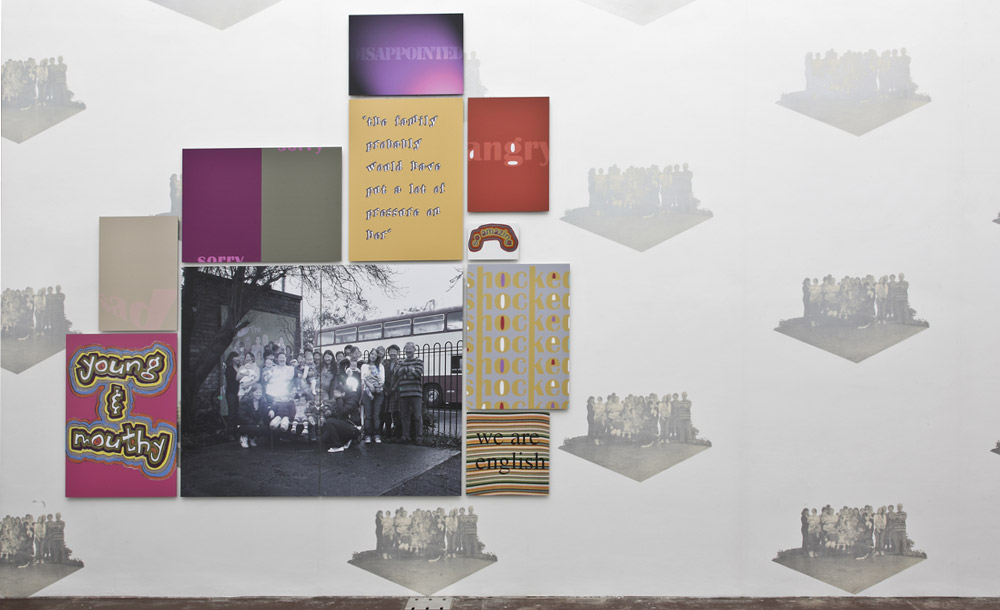 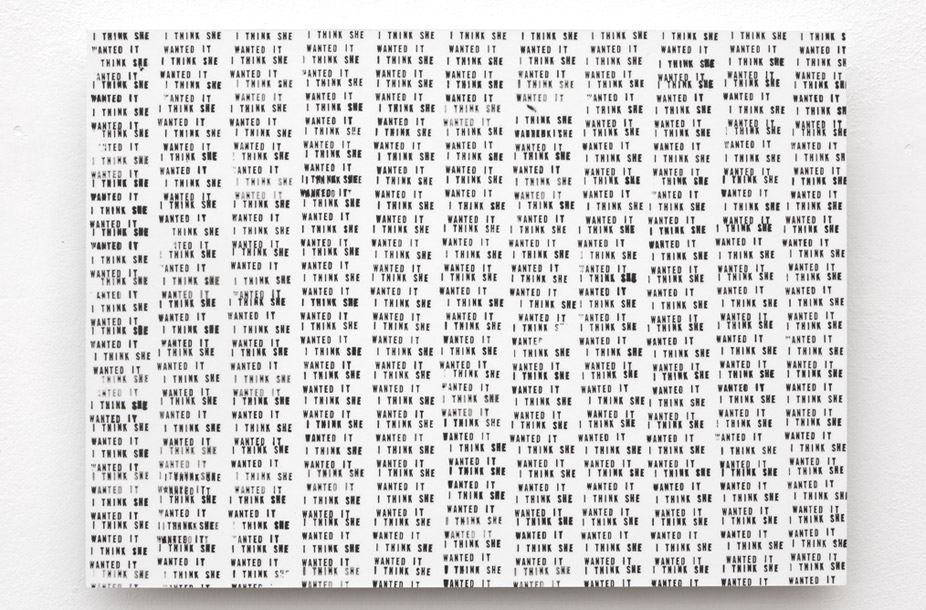 A selection of the work from Spike Island toured to partner venues the Bluecoat, Liverpool and The Potteries Museum & Gallery, Stoke on Trent, where further collaborations were setup, generating new elements for their installments of Like Love. No one manifestation of the show will therefore be the same, and the accumulative processes and encounters of Like Love will be documented in a joint publication at the end of the tour.

Like Love in its widest sense explored universal ideas around the concept of care and community cohesion – the emotion we invest in others and in the making of works of art. Taking as its inspiration Roland Barthes’, A Lover’s Discourse, Boyce used the combination of labour intensive and utilitarian processes to underscore the testimony, adamant posturing, ambivalence, longing and sometimes-tenuous nature of relationships.

Sonia Boyce (1962) lives and works in London. She studied art at East Ham College and Stourbridge College of Art and her practice spans a range of media including photography, installation and text. 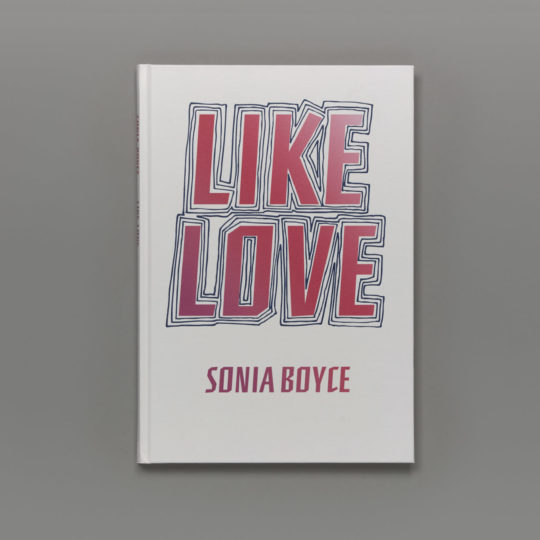