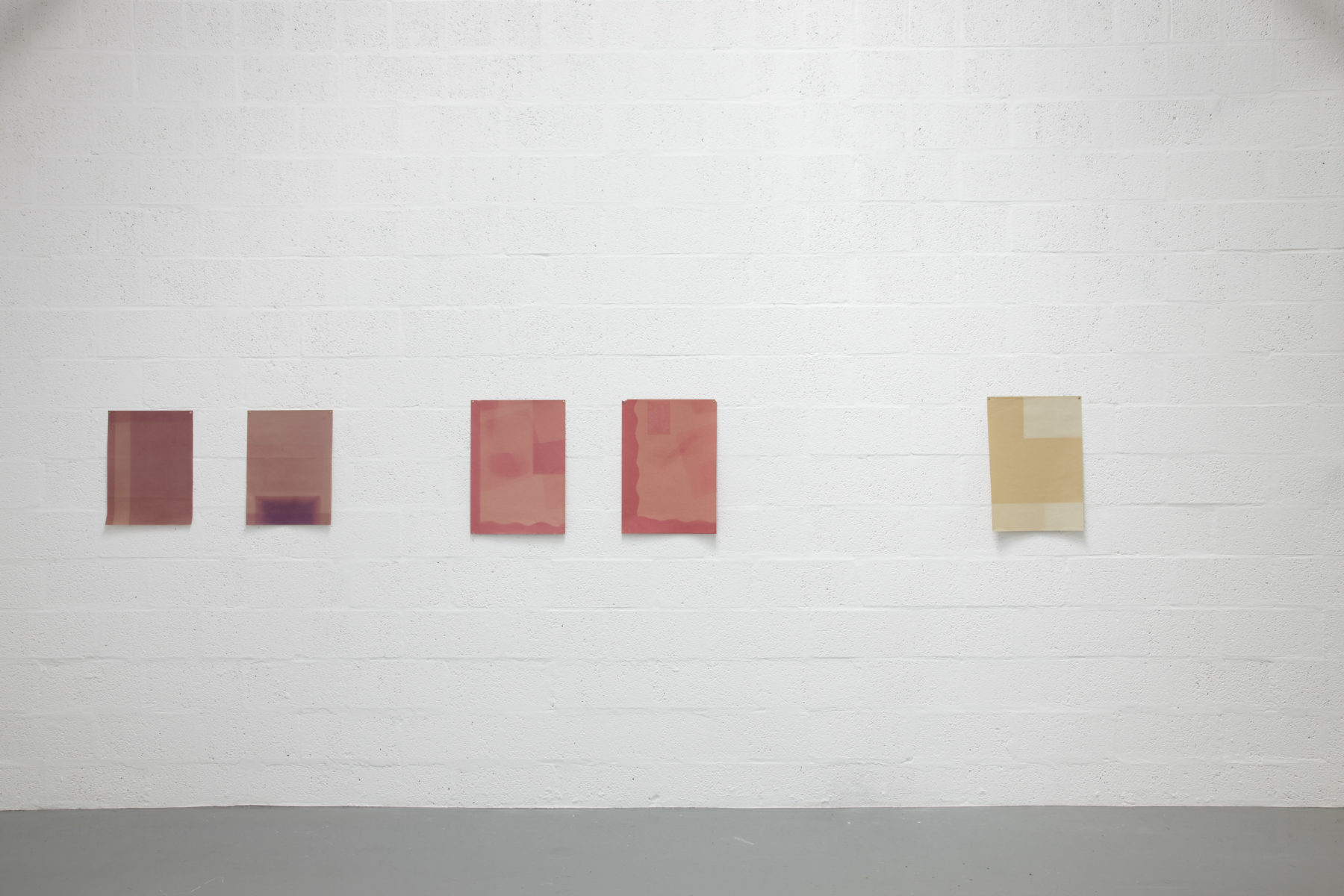 Sara MacKillop’s quiet, understated work takes everyday objects, such as jigsaw puzzles, record sleeves and felt tip pen caps, and configures them in ways that realign our perception of the world. For this Spike Island installation she used paper reclaimed from a disused notice board at her part time university administration job to stage a work that slowly evolved throughout the period of the exhibition. 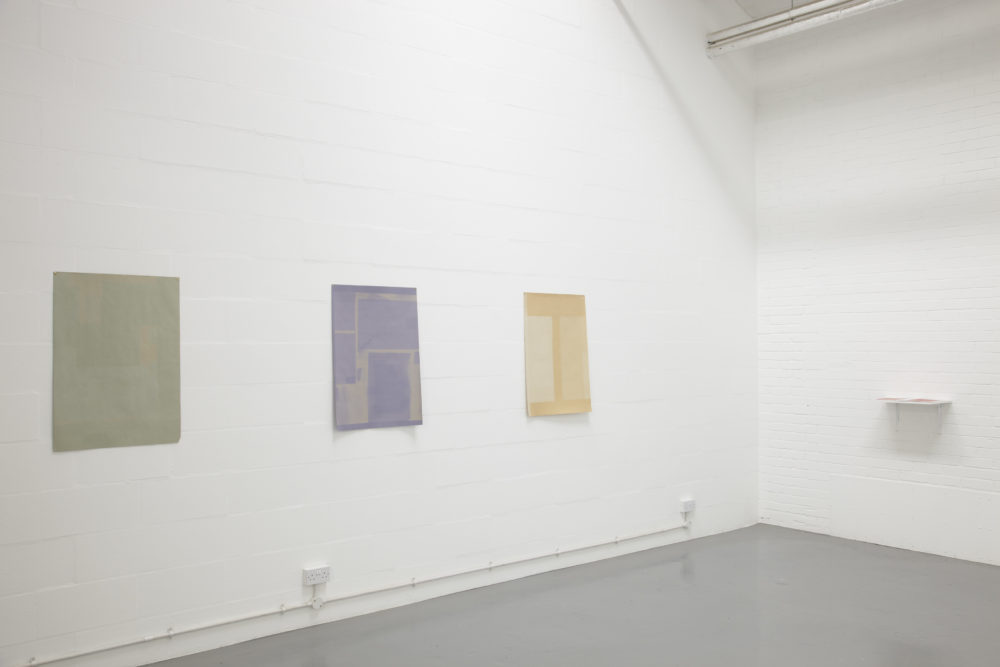 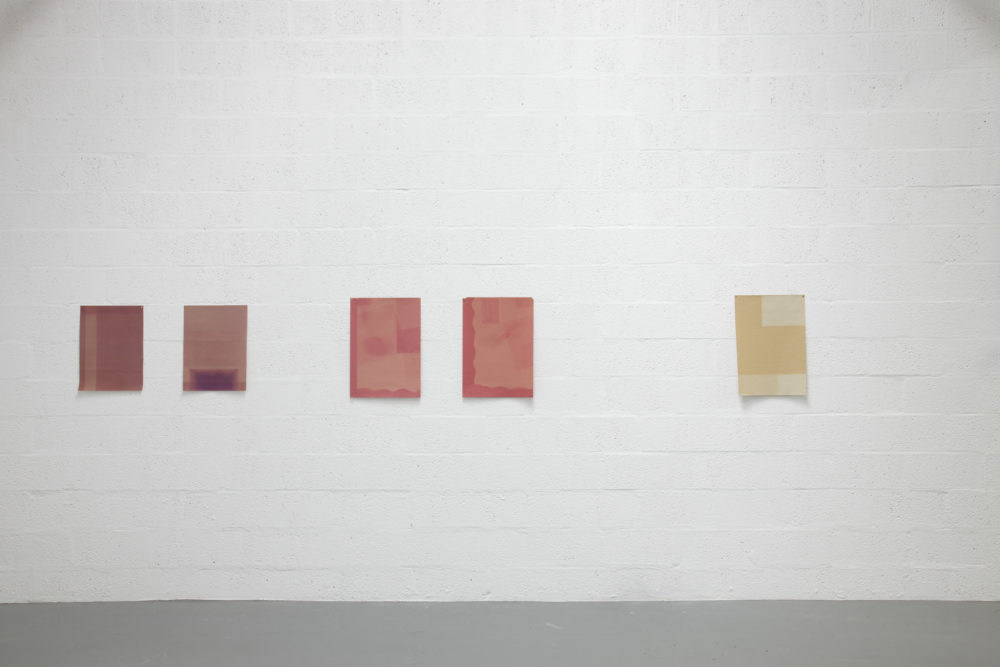 Partially covered in posters and flyers, the pieces of sugar paper were bleached by sunlight into ghostly patterns revealing traces of their previous role as a backdrop. MacKillop documented these X-ray-like images as they were when she came across them, hanging them in the bright Project Space at Spike Island, where the colours gradually faded away in the sunlight. 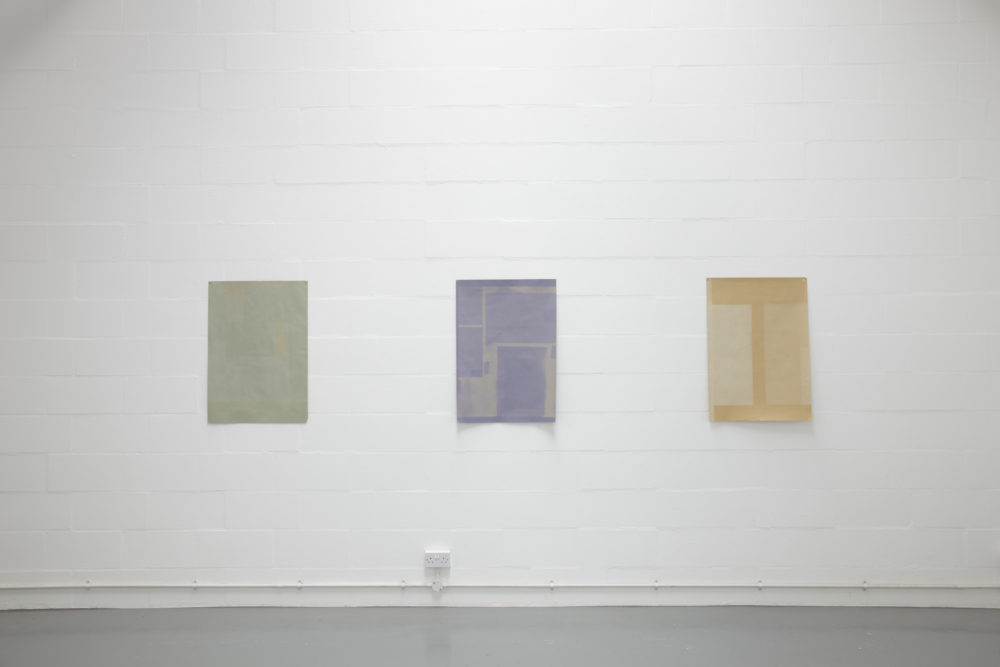 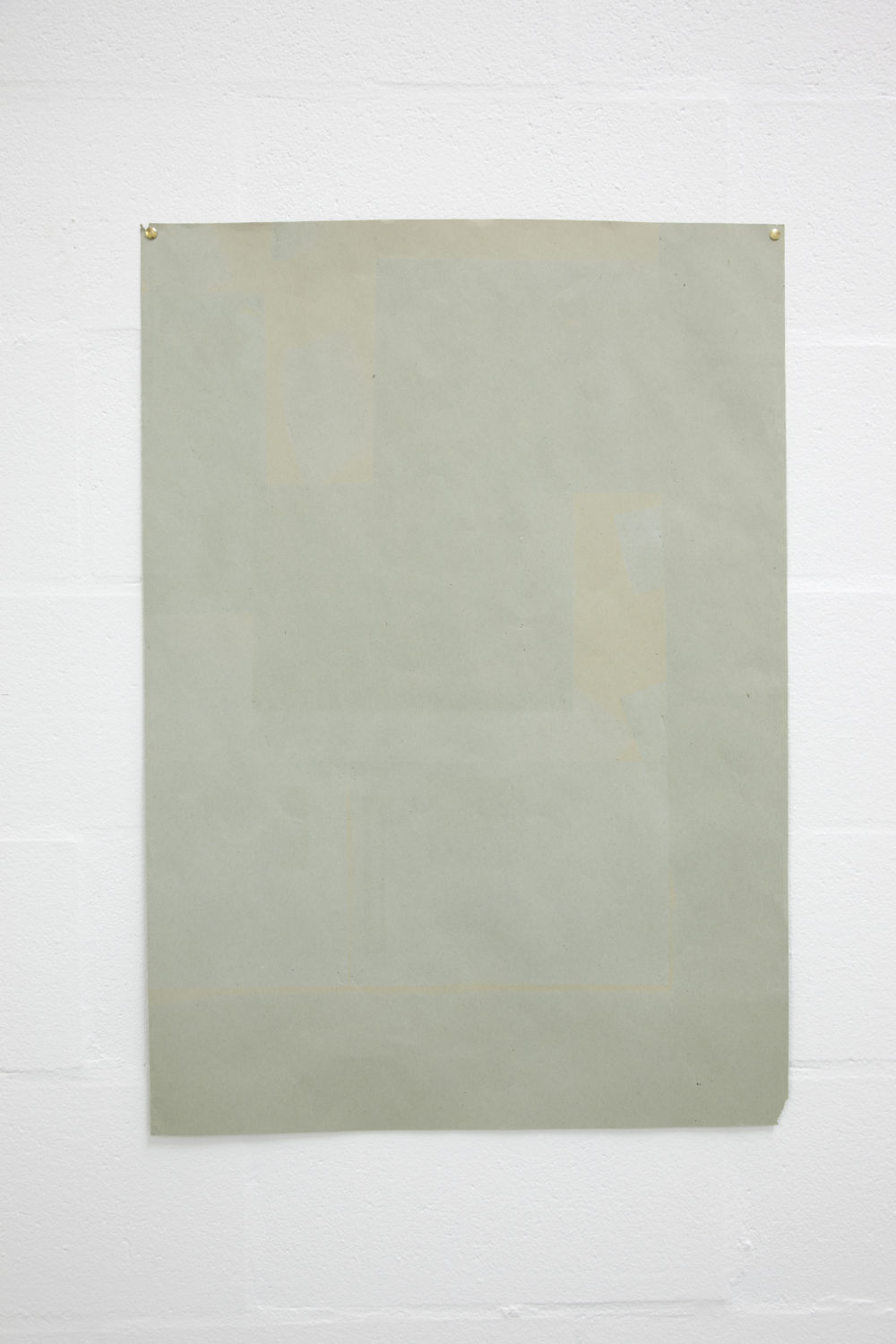 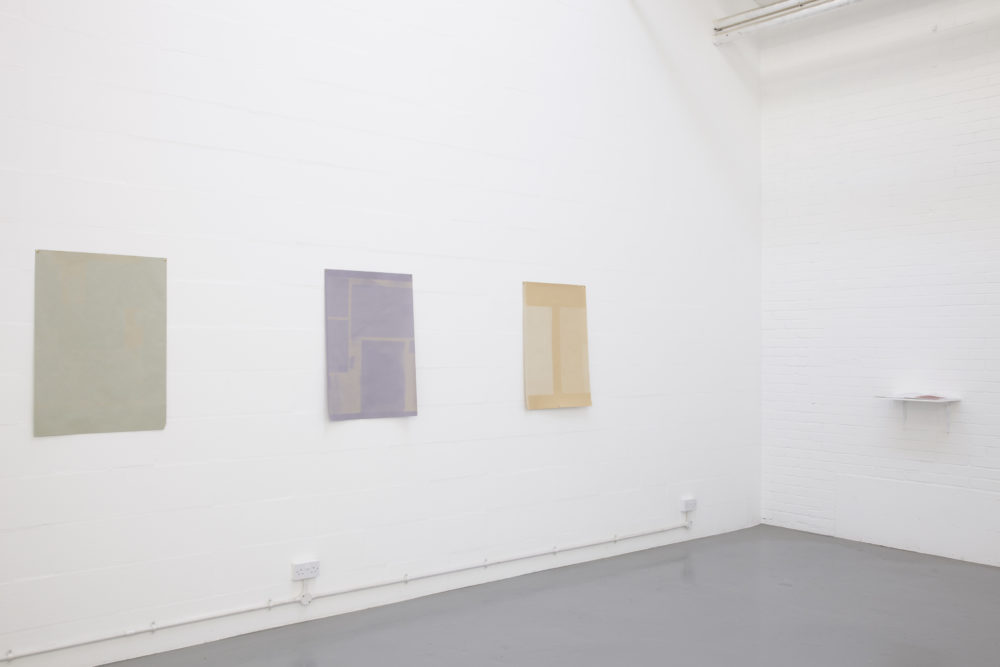 Sara MacKillop received her MA in Painting from the Royal College of Art in 2001 and solo exhibitions include Similar Variance at Dundee Contemporary Art (2010), Addendum at Salle de Bains, Lyon (2010) and 50 Envelope Windows at Whitechapel Project Space, London (2008). She was selected for EAST International in 2003 and 2007, and group shows include Working Things Out at Spike Island, Bristol (2007), and The Page at Kimmerich Gallery, New York (2010). Mackillop’s artist’s books include Arrows (2010), Mirrors (2010), and 32 Photocopied pages (2009), all published by Blue Feint, London. 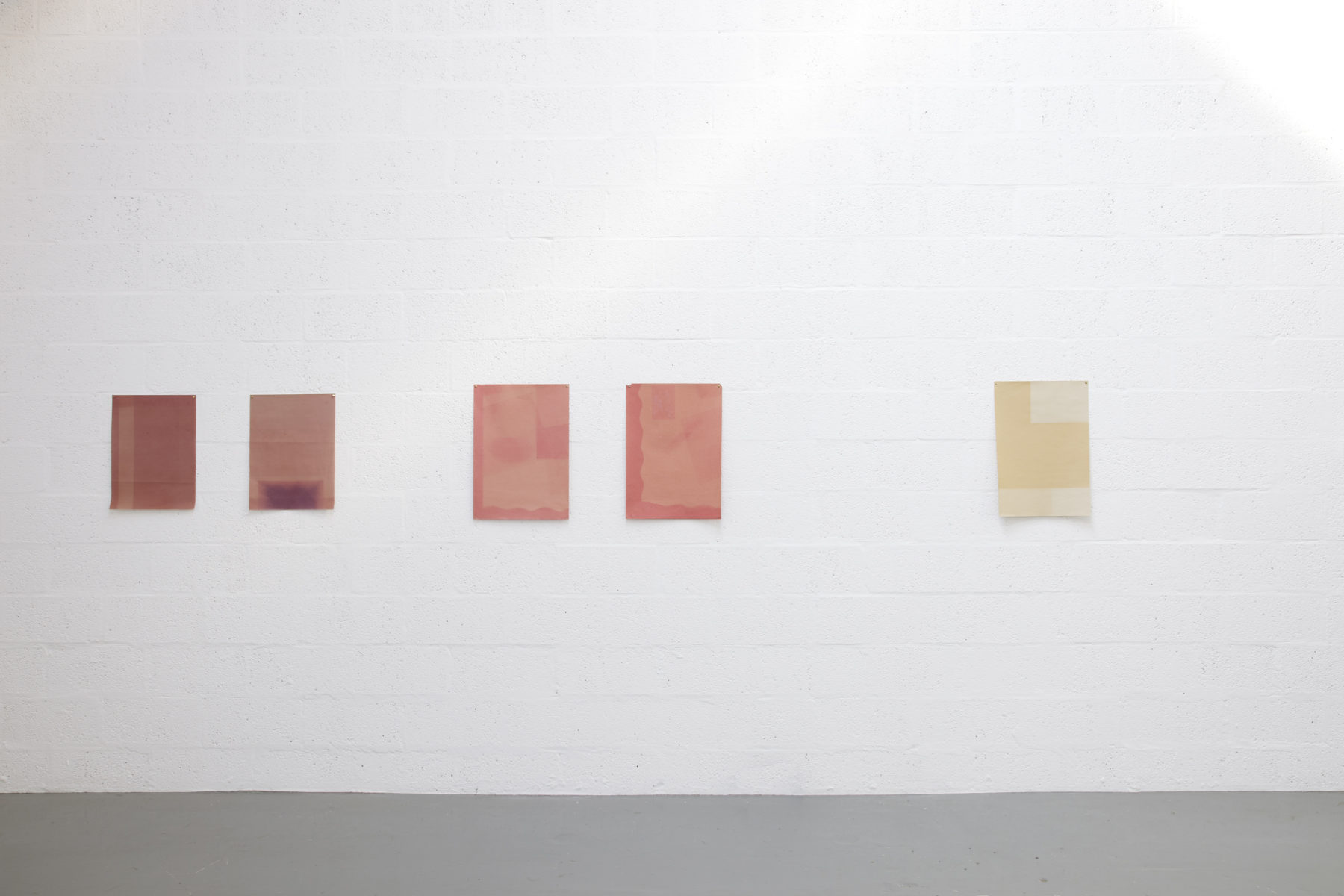