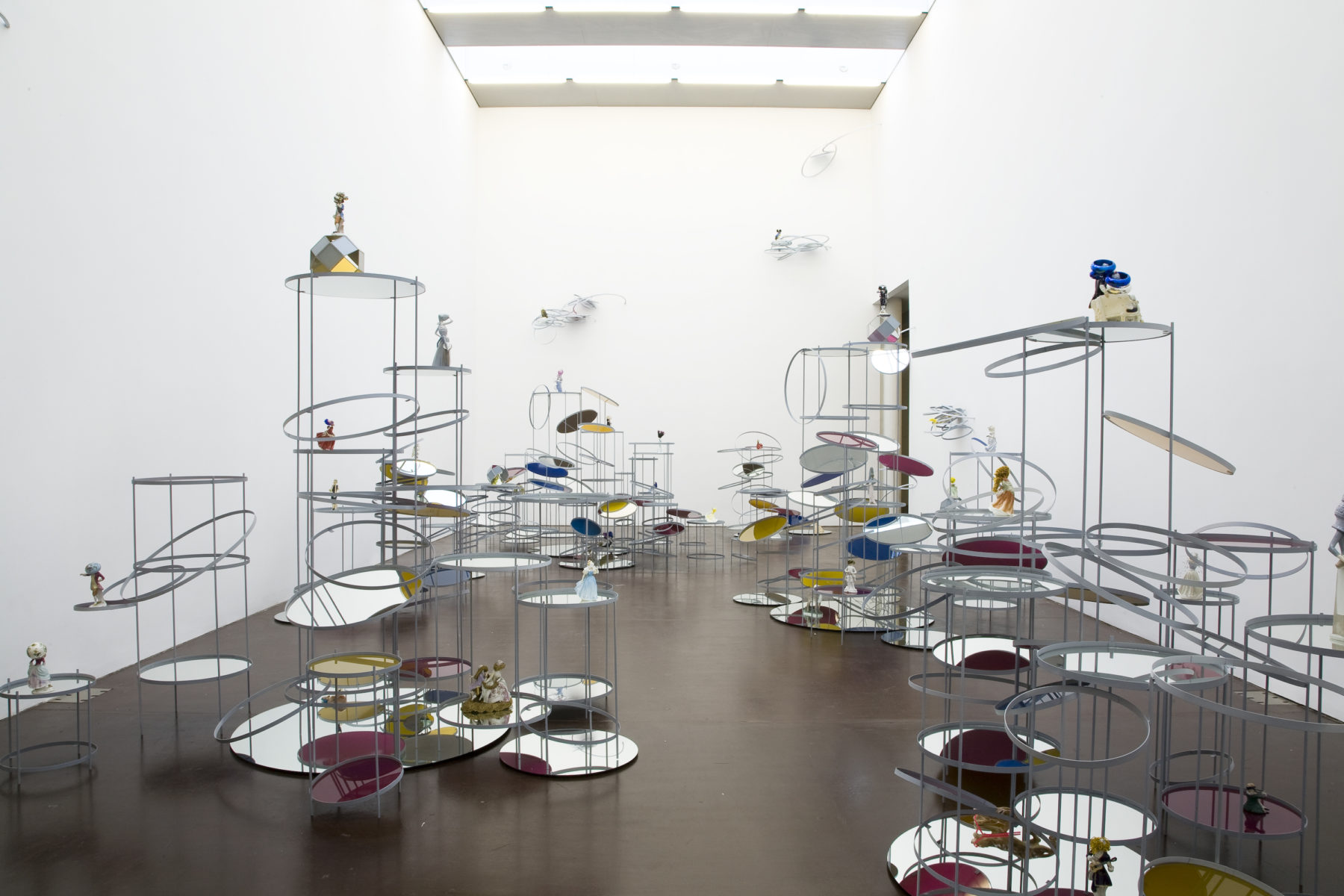 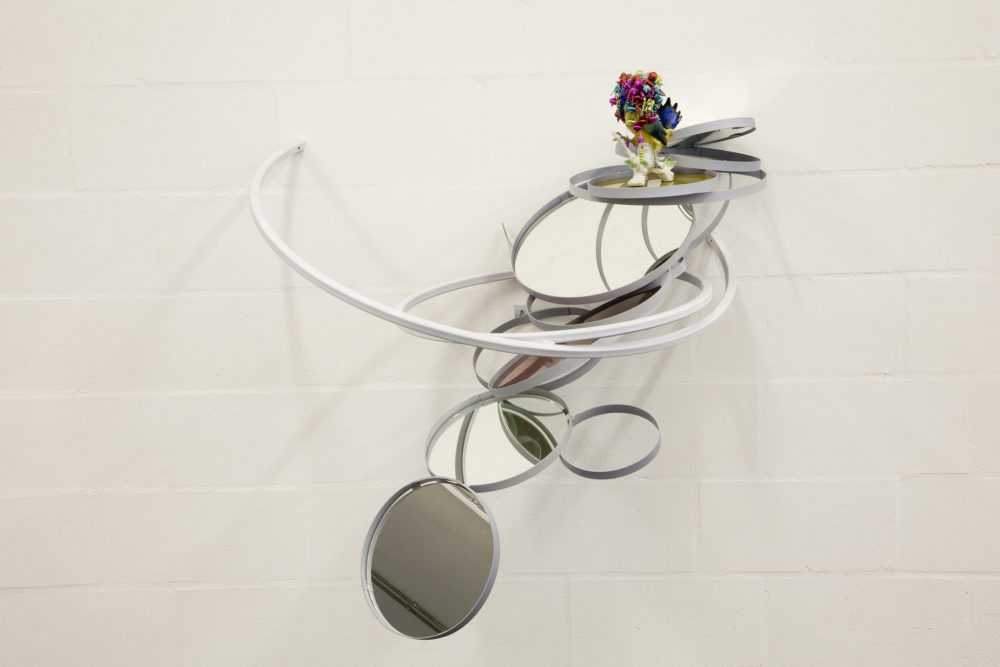 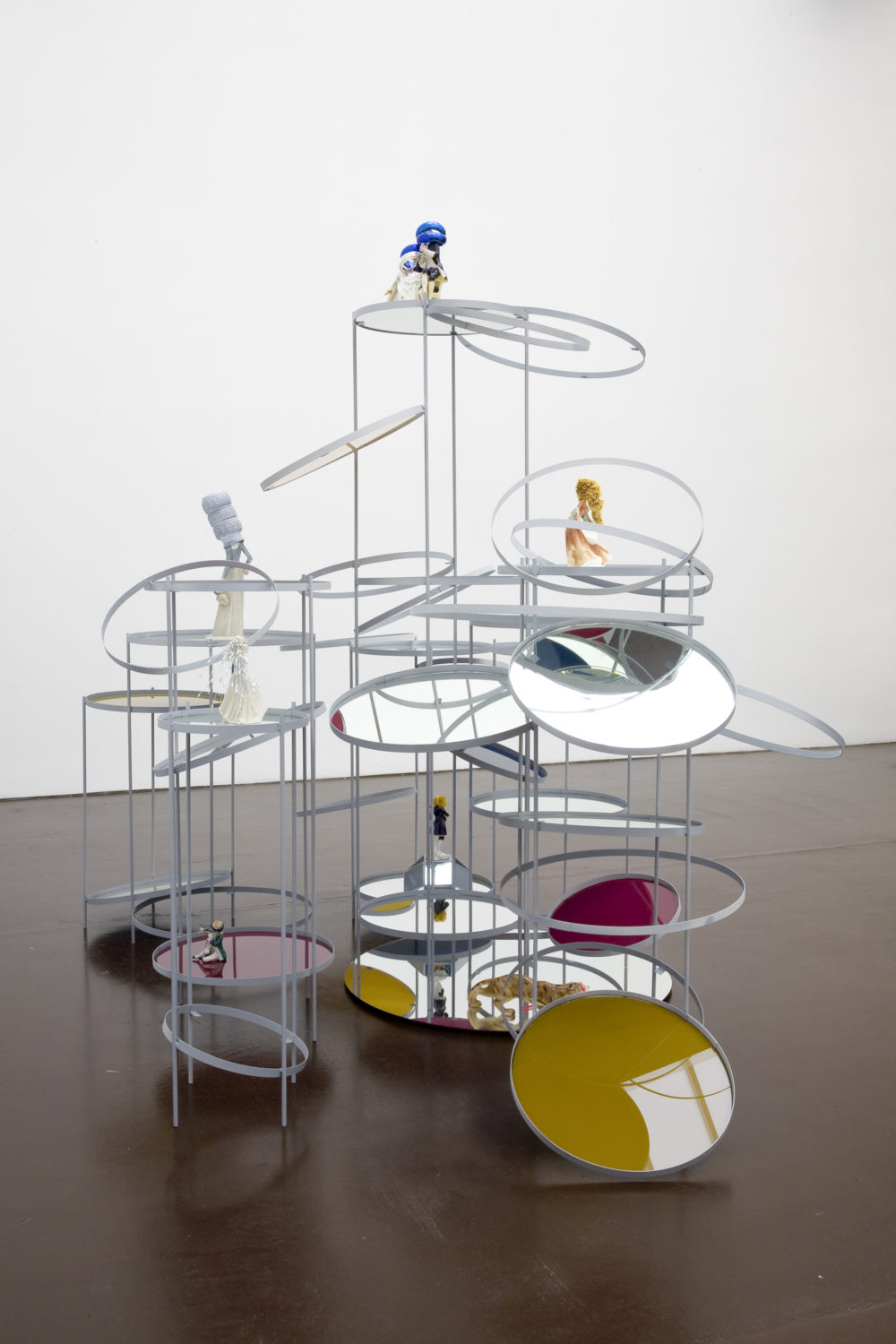 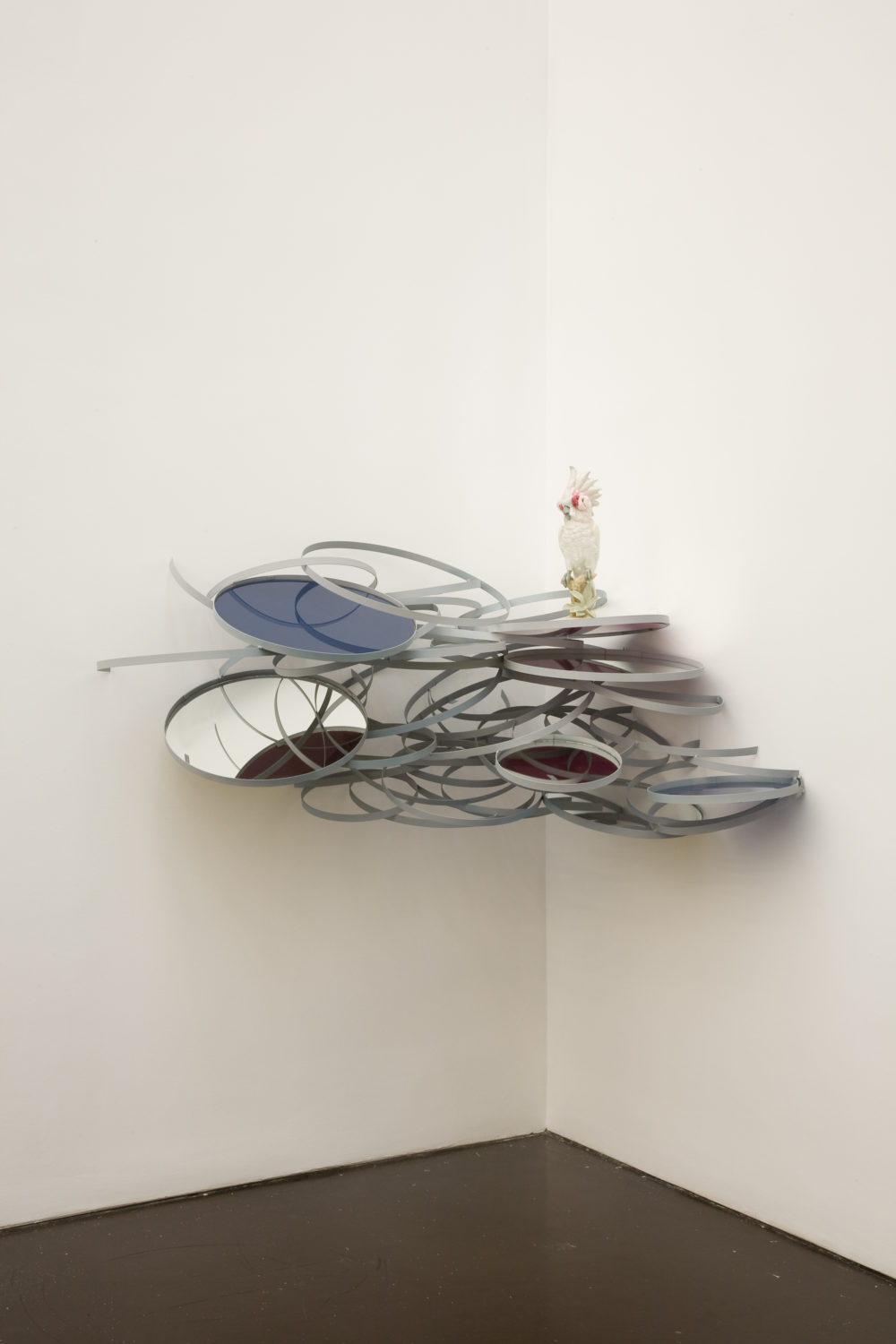 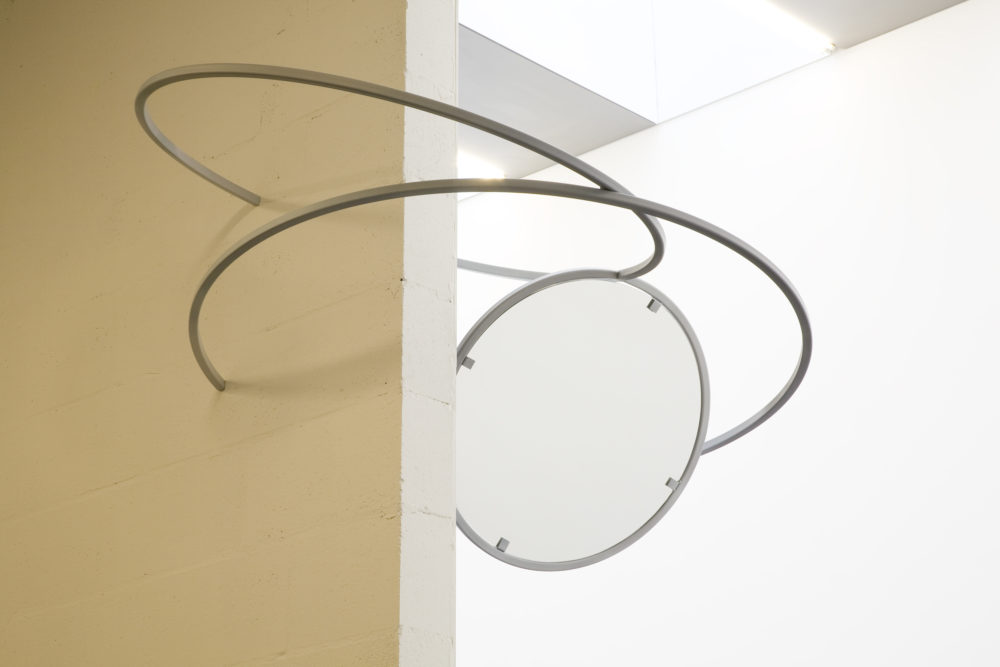 Lands End (2008-9) was a series of glittering components that together evoked an otherworldly landscape; a technological, rather than a natural sublime. Its landscape was populated with porcelain figurines, transposed from the mantelpiece to the gallery. The figures are enraptured by the colourful items that obscure their vision and punctuate the elaborate sculptural environment, creating a series of tableaux vivants. Paths were created through the installation’s reflective surfaces: the work waited for its audience.

Lands End is reconfigured by the artist into new scenarios at each venue, since all the galleries taking part in the tour have different architectural features which needed to be addressed. Claxton therefore produced new elements for Spike Island in response to the scale and volume of the gallery. 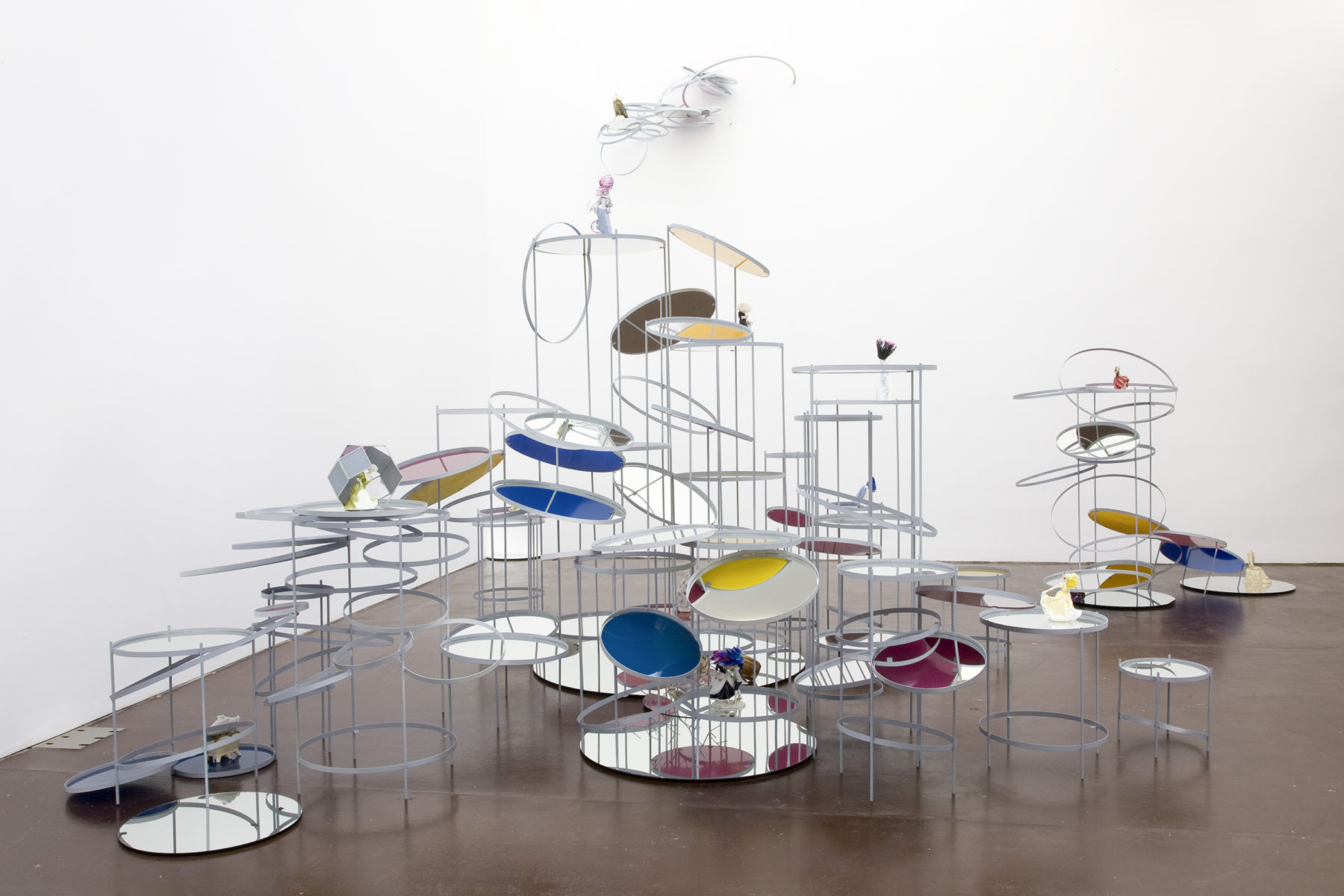