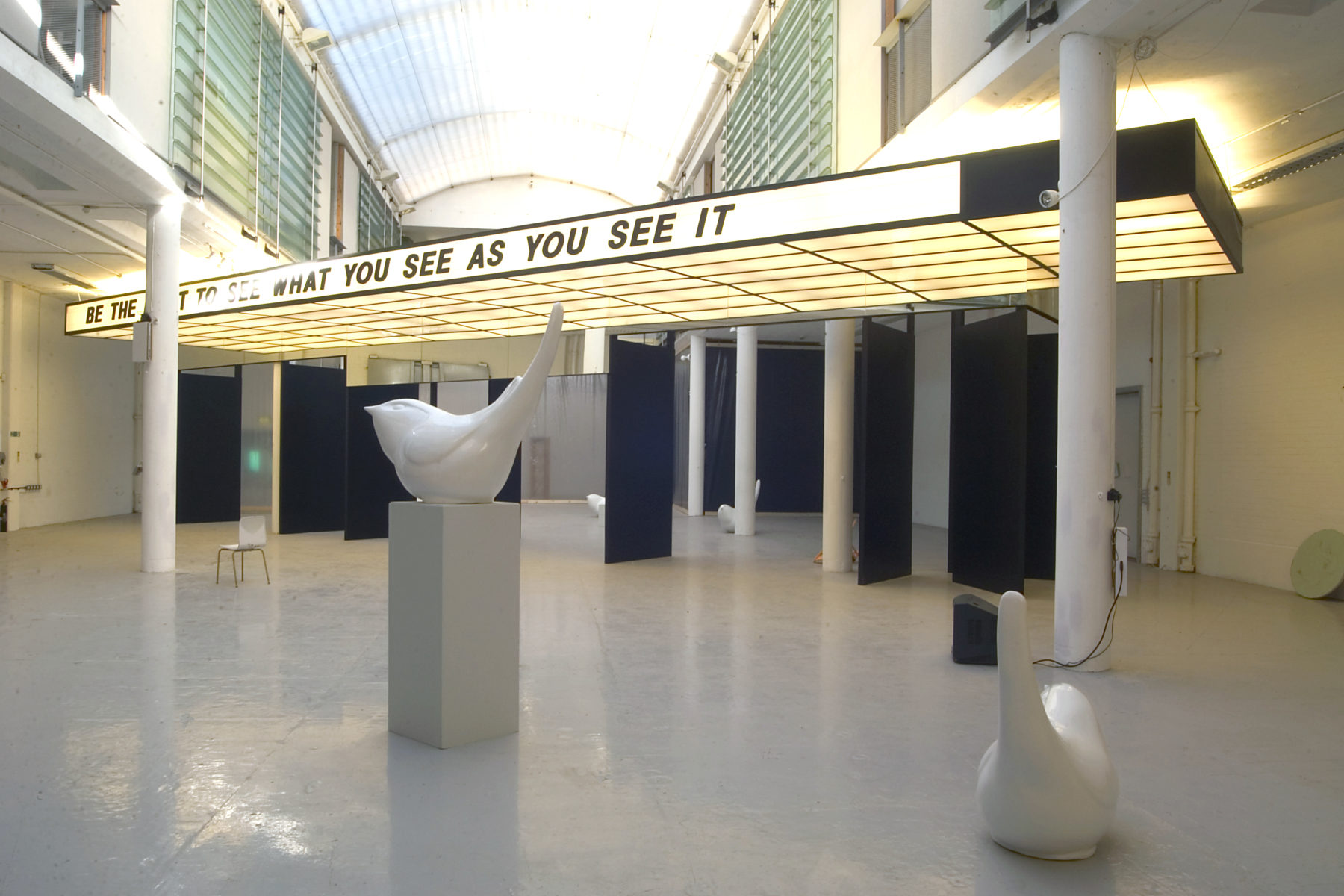 Installation view of Spin Cycle (2004). A canopy that looks like a cinema entrance hangs from the gallery ceiling, "be the first to see what you see as you see it" appears in capital letters across the front. Large ceramic sculptures of birds sit in the foreground.

Spike Island presents Spin Cycle. In early 2003 Spike Island was awarded funds through the Arts Council England’s Decibel initiative to establish a Curatorial Fellowship to enable a curator to develop a project as a central element of the 2004 programme at Spike Island.

Nav Haq was awarded the Fellowship later that year, he then went on to invite three artists to work with him over a period of three to four months based at Spike to develop new work for Spin Cycle. The three artists, Runa Islam, Damian Roach and Hiraki Sawa have contributed major new works to both the exhibition within the main space at Spike and to the new publication produced as part of the project. 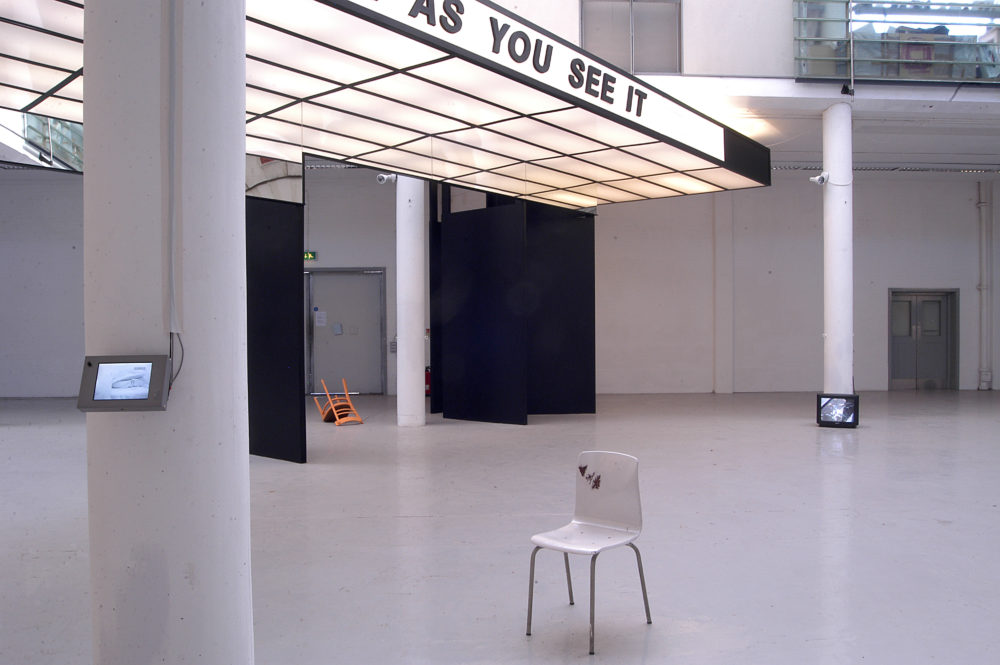 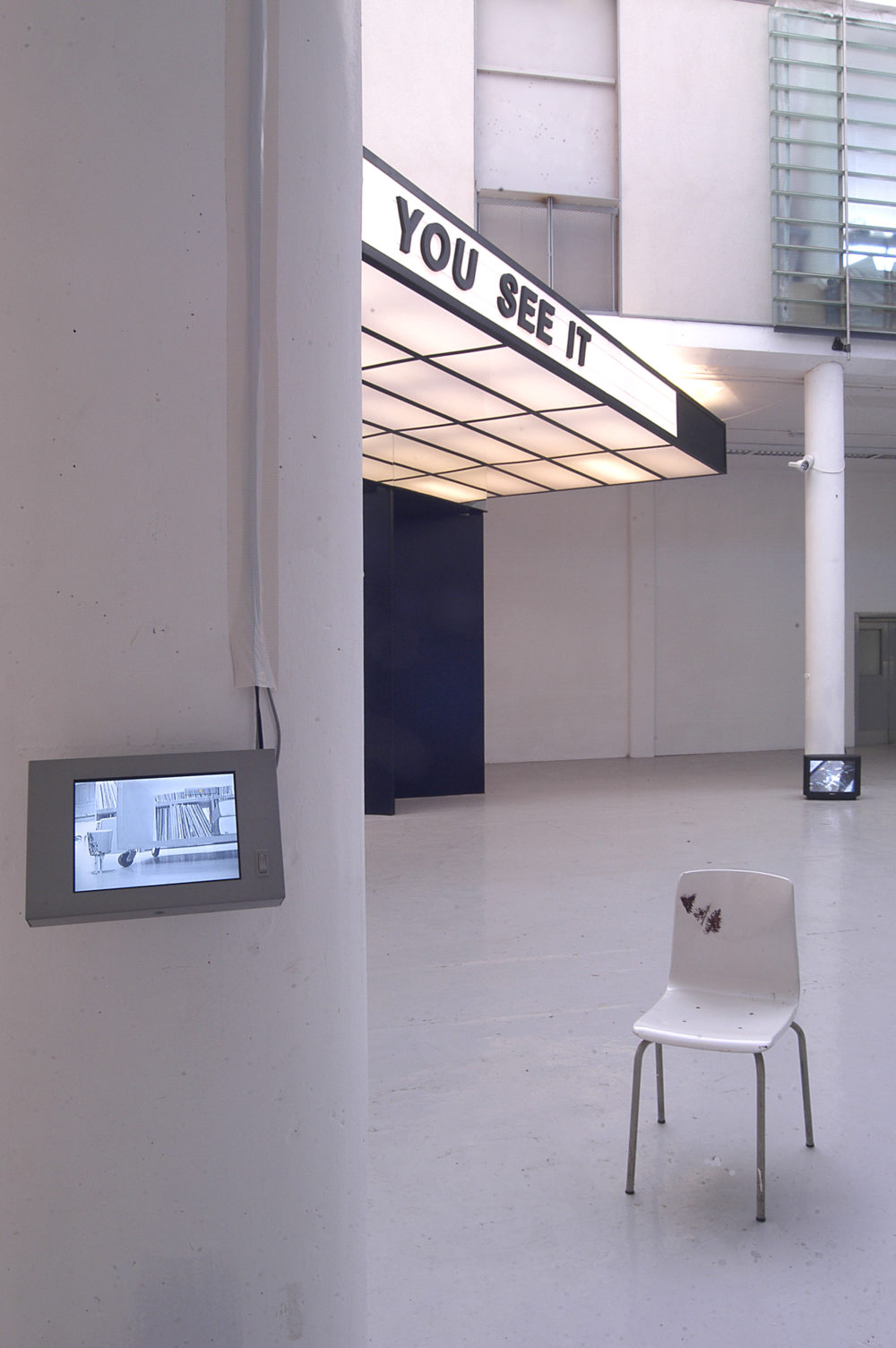 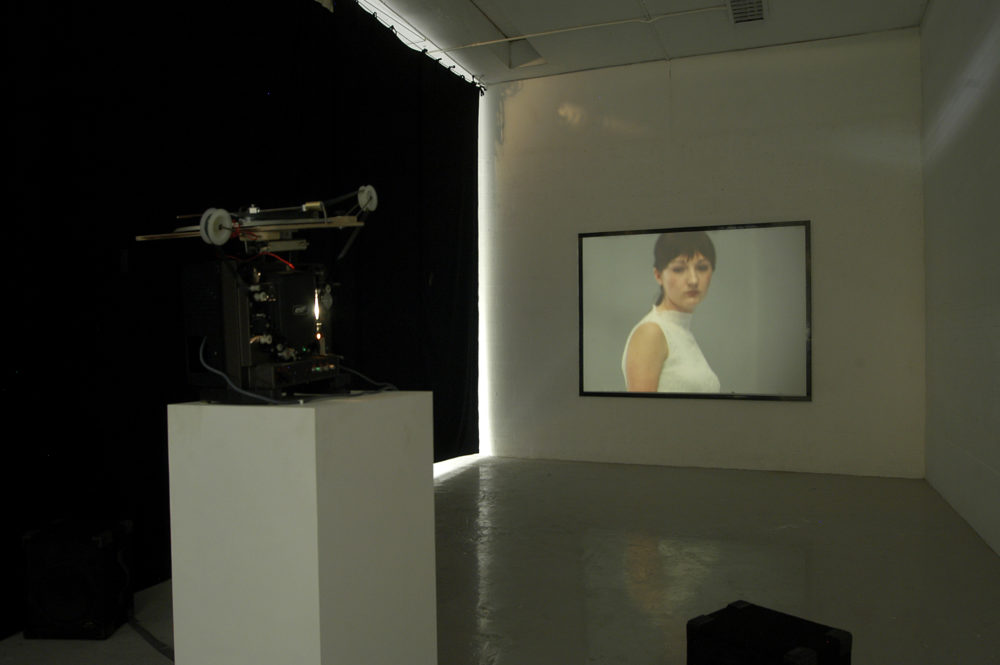 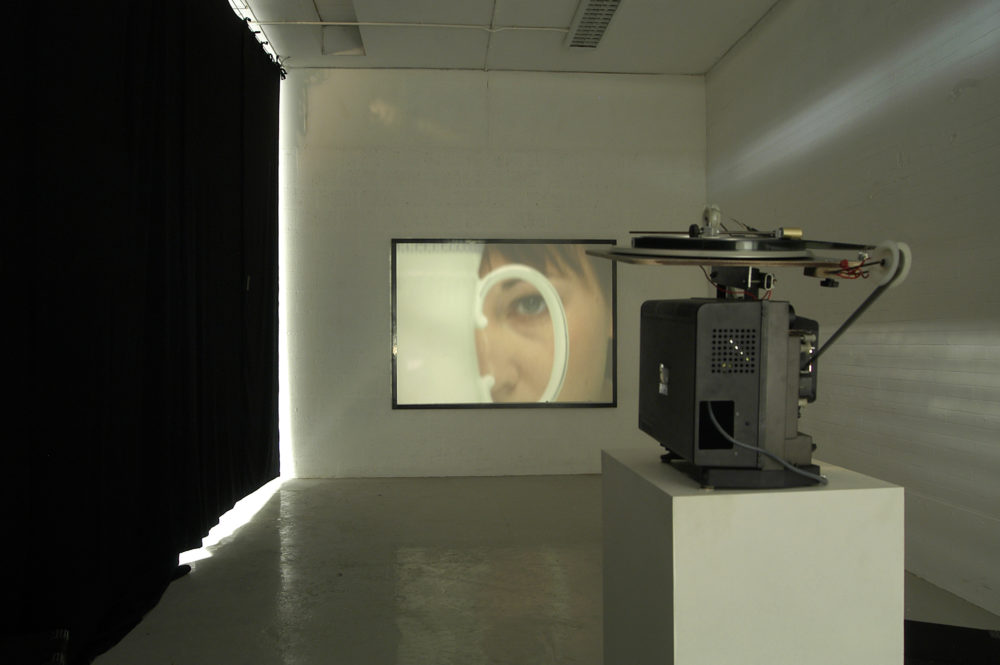 Nav Haq is a young independent curator, he has recently returned to England after a spell working at the Kunstverein Muenchen, Germany, and was Guest Exhibition Organiser of ’East End Academy’ at Whitechapel Gallery, 2004. Concurrently he has been developing his critical writing, contributing to a number of publications. As part of the residency Nav has launched his not-for-profit publication organisation Systemisch, to co-publish the Spin Cycle book with Spike Island.

Runa Islam has a strong interest in cinema history and concerns herself with the mechanisms of the film- making process. Early on in her residency Islam produced an architectural maquette of the facade of the Curzon Mayfair which is the basis of a more large scale idea of replicating the facade, especially its light box canopy, within the gallery. The construction, which just fits within the large space at Spike Island, offers the schematic suggestion of the cinema facade allowing the viewer to conjecture the experience of the lacking film spectacle. Islam’s interest in the work of the film maker Robert Bresson, in particular his book, Notes on Cinematography has lead her to acquire his focused text for this work – ’Be the First to see what you see as you see it’ and collage it on to the facade as the fictitious film title. Islam has also made a new film for Spin Cycle, the girl in the image languorously smashes the china that is placed around her, as if on show – it falls repeatedly to the ground in gentle slow motion. 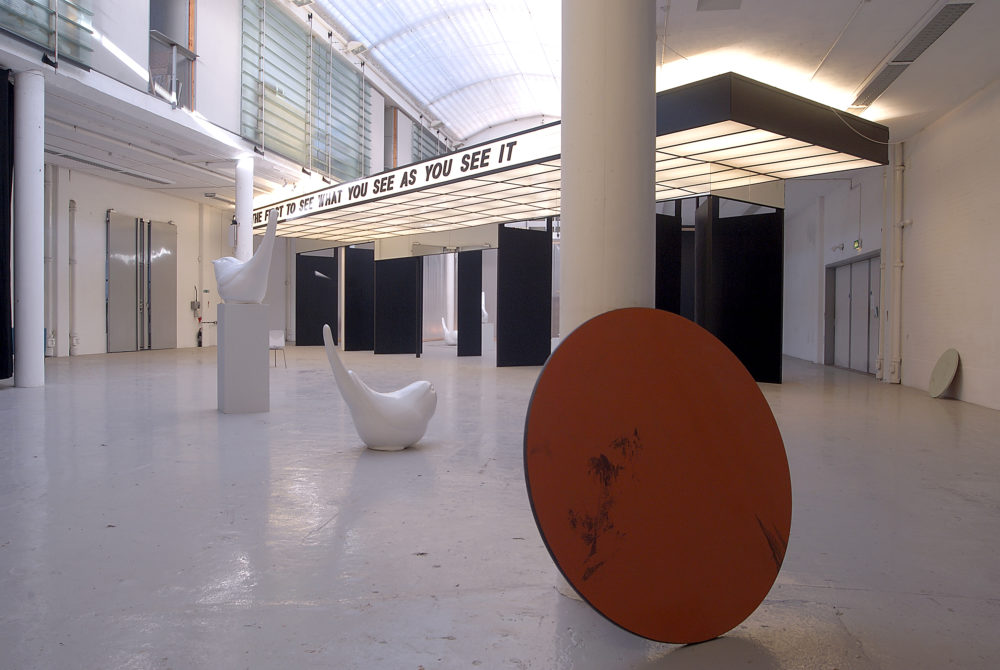 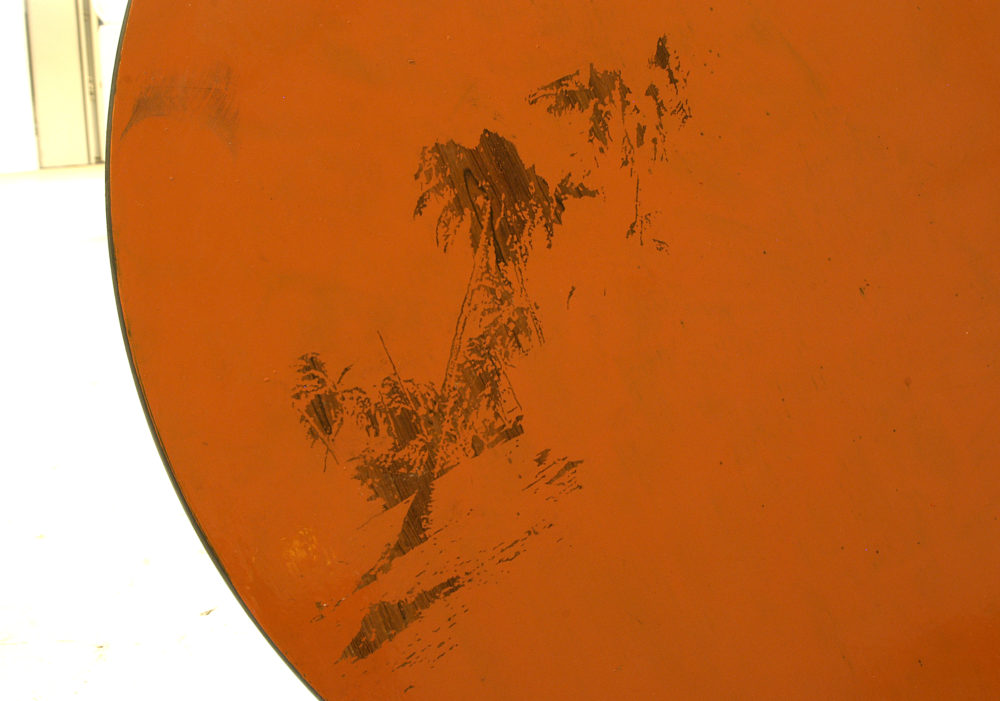 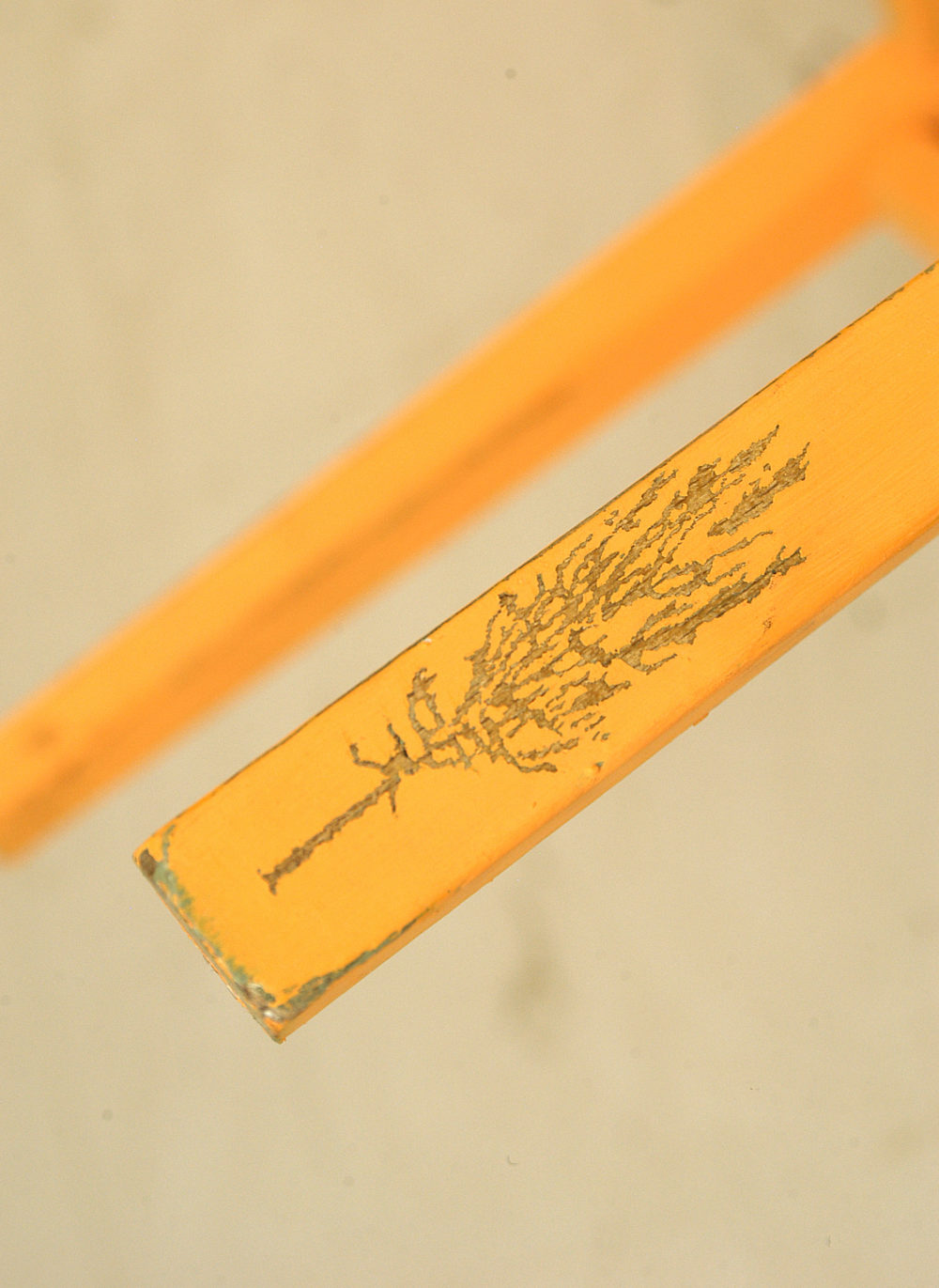 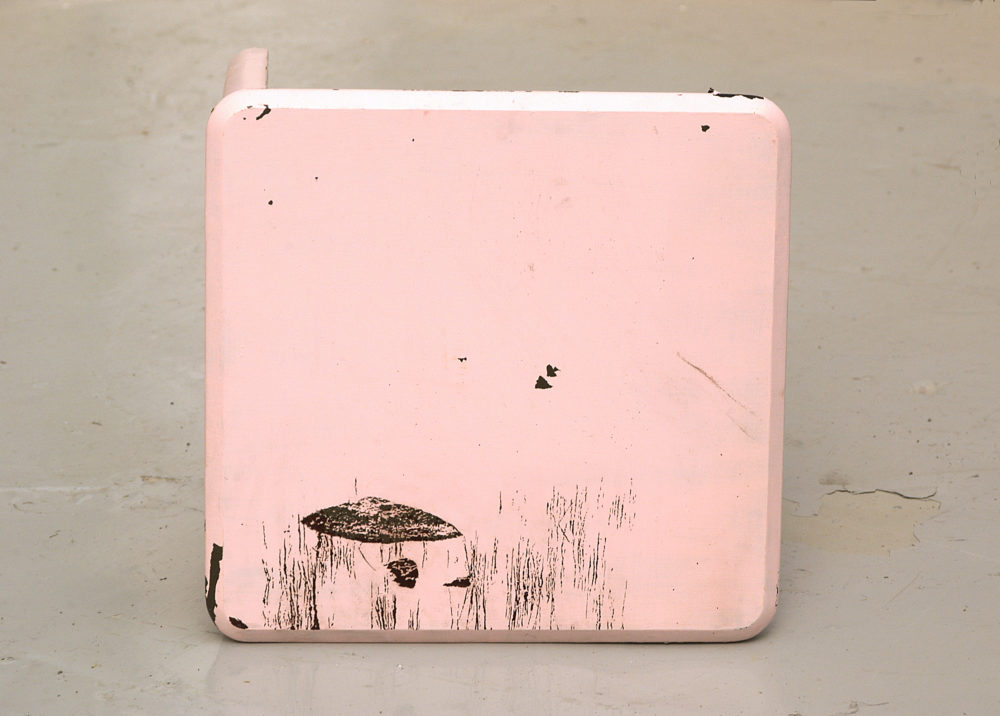 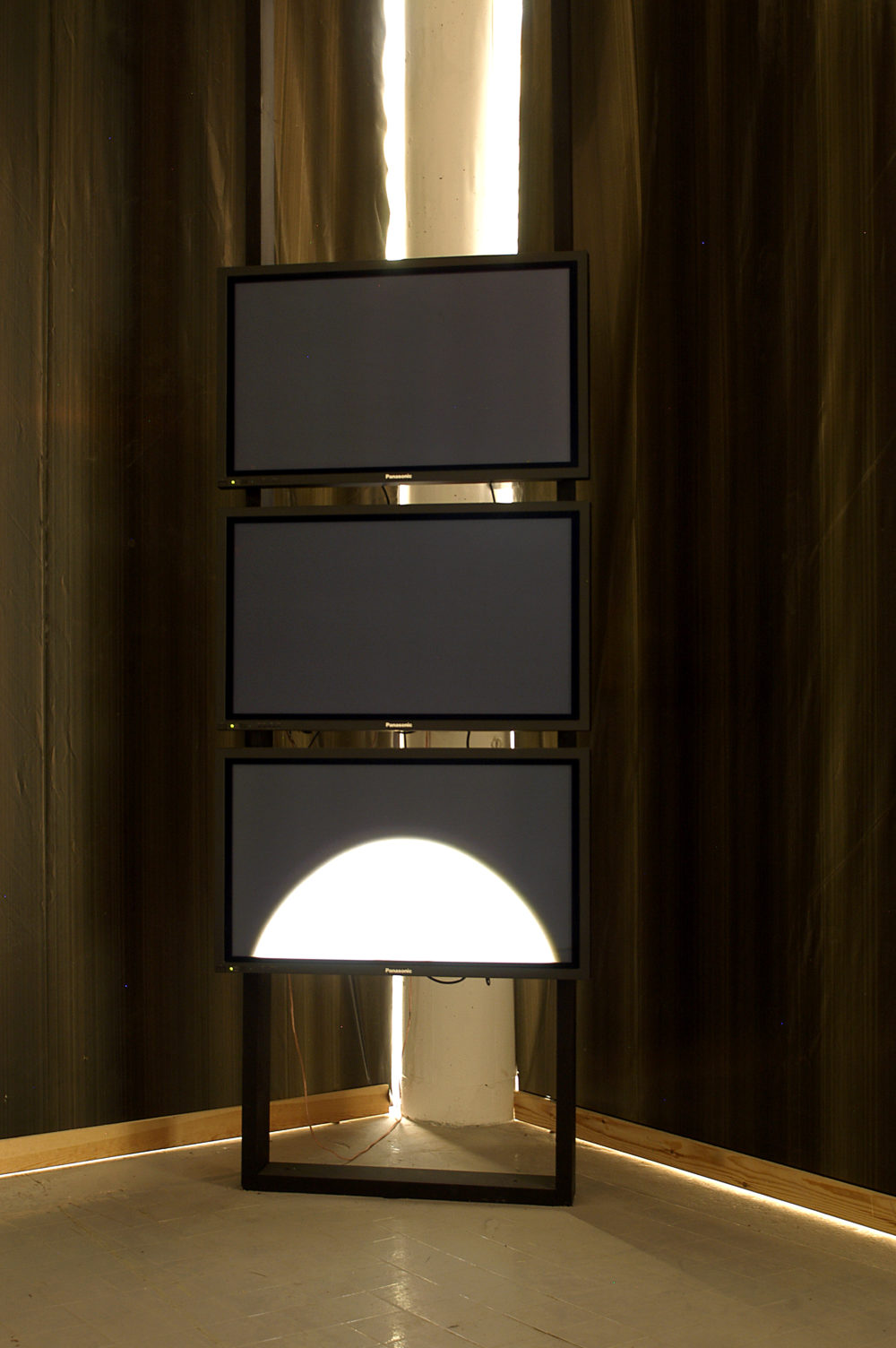 Damian Roach concerns himself with investigations into ideas of the indeterminate or transitional. Core to his practice is the discovery of strange or magical occurrences, within common experience, or where moments are seemingly devoid of any revelatory potential. For example, Roache’s painted objects, on first glance, appear to be discarded and reclaimed boards – weathered and distressed by time. On closer inspection the scratches and scrapes of the seemingly random markings reveal delicate and intricate vistas of nature – birds, trees and flowers. Much of Roache’s work combines a mixture of counter-culture sensibility mixed with a highly traditional or folk infusion – also a musician, he has produced a limited edition of a 7″ vinyl record.

Hiraki Sawa clearly plays with scale, usually things are reduced to being smaller than life-size. For Spin Cycle Sawa has used a small porcelain ornament of a bird and inflated its scale to produce a flock of identical birds, smooth and stylised, the surface, pure white and highly polished. The making of these objects is quite a departure as the work we are most accustomed to seeing are video pieces always set and created in his own domestic space, this type of space is for him the most comforting environment and backdrop for the production of his work. In the video piece Elsewhere, the reduced sized objects such as cups and teapots sprout legs and walk around, the limbs that the objects have sprouted may appear familiar as they are taken from the Eadeard Muybridge photograph sequences of people walking which Sawa has re animated. 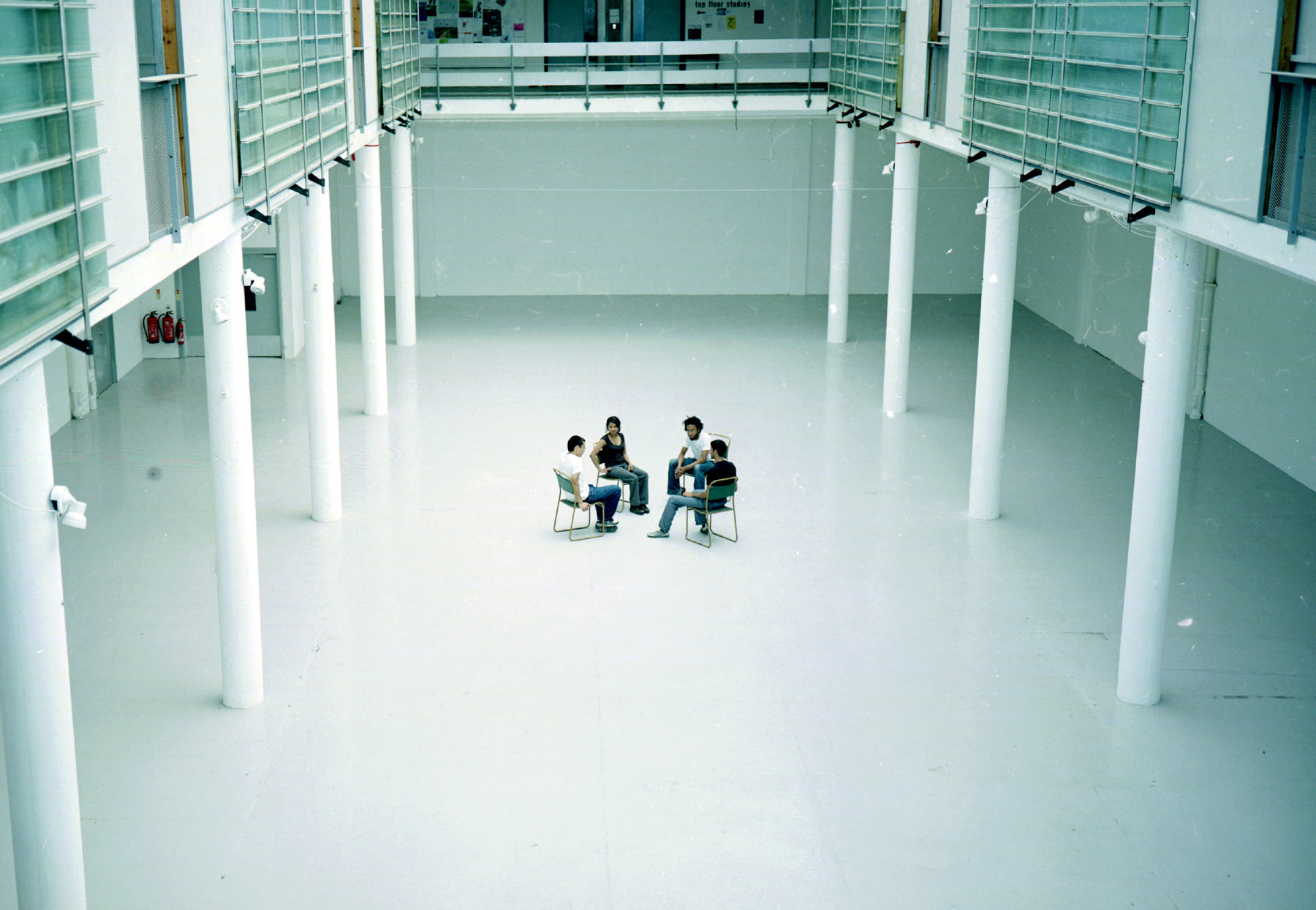