Instructions for use of Jiří Kolář

Instructions for use of Jiří Kolář 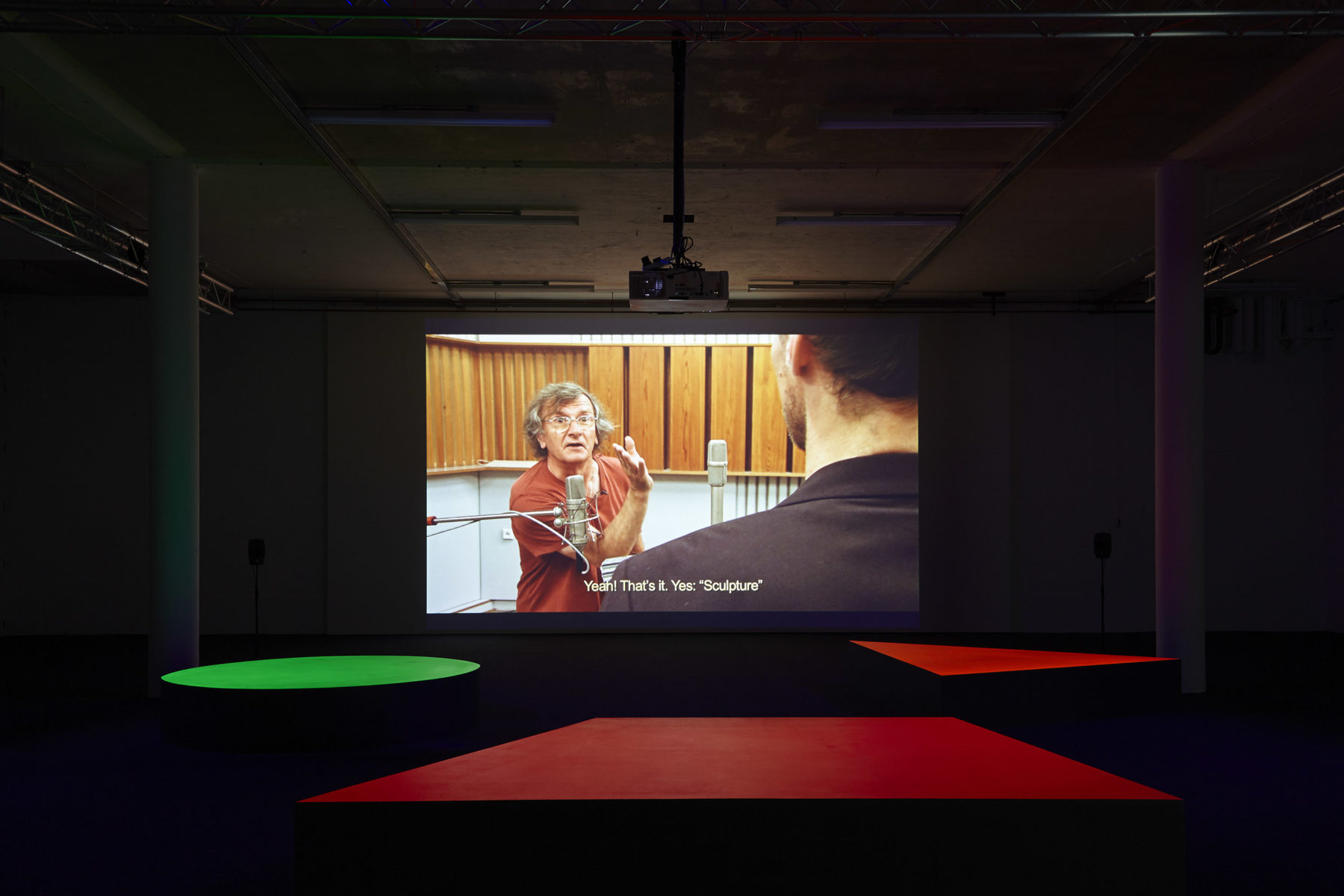 Czech artist Roman Štětina’s work investigates the ways in which broadcast media including film, television and radio are created. His videos, installations and sculptures foreground the props, studios and technologies that are otherwise hidden behind the sounds and images received by an audience. At Spike Island, Štětina presented a new feature-length film made in collaboration with Miroslav Buriánek—a long standing director of radio drama for Czech Radio—which traces the process of recording a series of poems by the Czech poet, artist and translator Jiří Kolář (1914-2002). 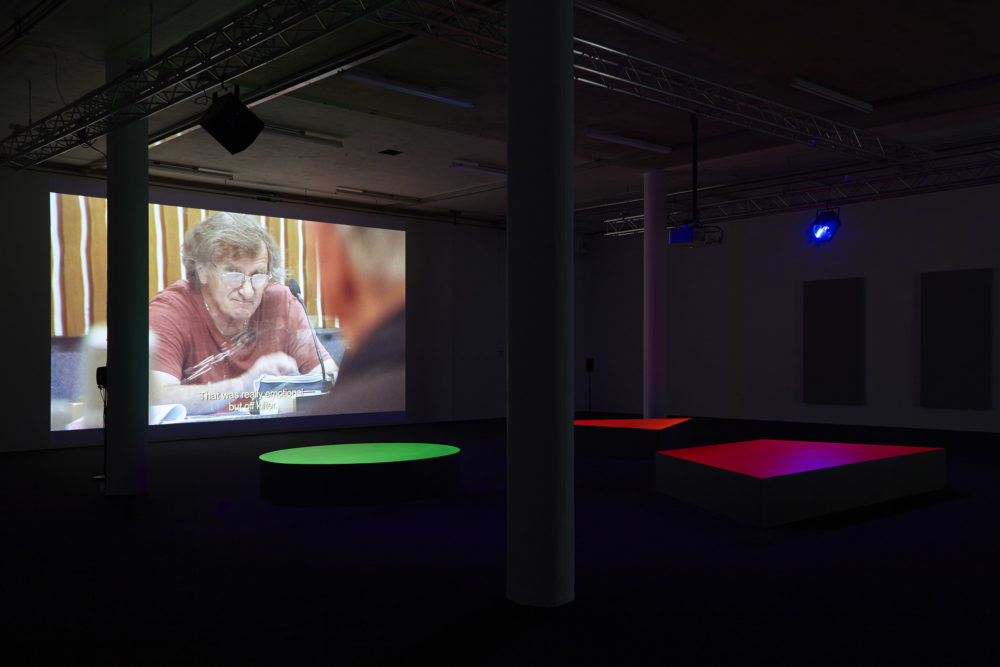 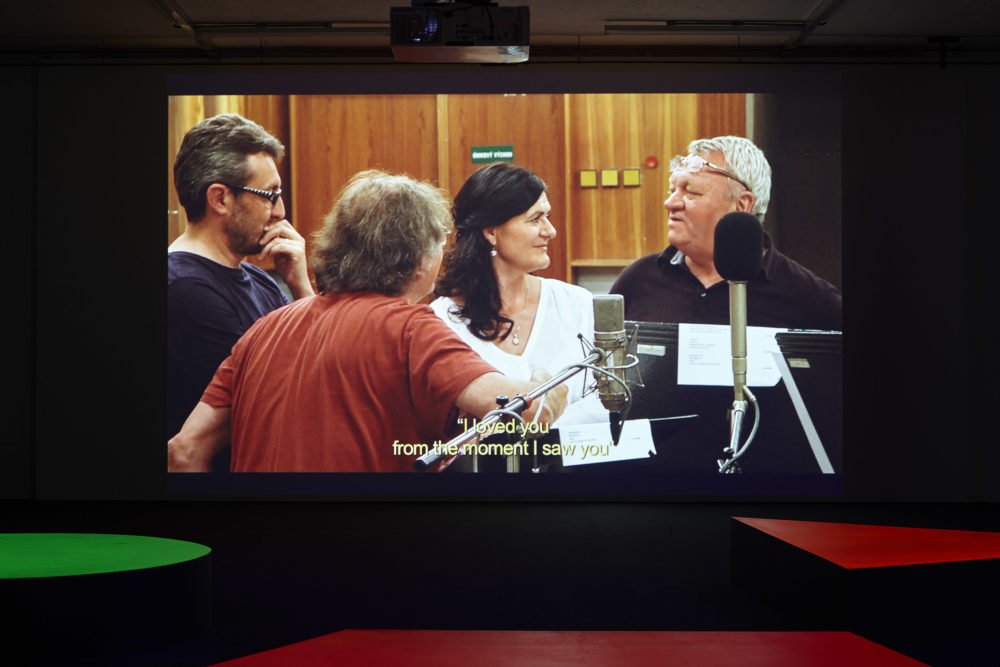 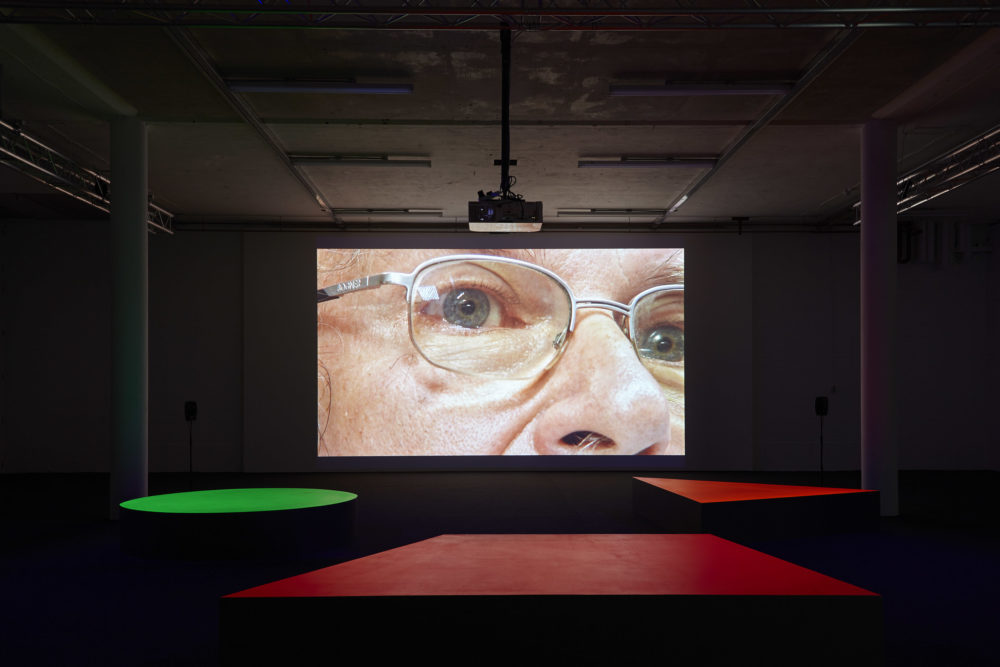 Buriánek’s interpretation of the poems, Instructions for Use (1969) is documented over the course of an arduous two-day recording session; translating them from the page through a precise and dynamic process, refining intonation, intensity and silences to convey Kolář’s meaning and Buriánek’s interpretation of it. The film exposes method, which we see in exhaustive detail and extreme close-up, with the final faultless recording being the one thing we never hear.

It was Buriánek who first opened doors for Štětina at the studios of Czech Radio (the country’s public radio broadcaster), enabling him to produce a body of work over the past ten years staged in their premises and using their technologies and archival records. As Buriánek approached retirement as a director, Štětina wanted to pay tribute to his personal generosity by capturing on film his exceptional way of working with a script, with actors, and physically, within the delimited space of the recording studio. Buriánek was invited by Štětina to select a text and – rather than a play or novel – he selected Kolář’s Instructions for Use, first published in Czechoslovakia in 1969.

Kolář was an important figure in the artistic and literary avant-garde which spoke out about the communist regime in place in Czechoslovakia from 1945 until the Velvet Revolution of 1989. The collection Instructions for Use sits between poetry and what might be called ‘action art’. Kolář’s texts suggest actions that are impossible in the real world and could only exist in the imagination. Within a repressive and censorious political system, the freedom of thought implicit in these poems proved a strong declaration and the collection became highly influential for Buriánek’s generation, who were coming of age during the Prague Spring of 1968. Kolář has been a significant figure for Štětina as well, revealing paths to expression that sideline traditional forms of art making. In the exhibition’s title, Štětina alludes to the way the words and images of one artist can be made use of by another, and the exhibition traces the movement of ideas across three generations.

Roman Štětina (b. Kadaň, 1986) currently lives and works in Prague, Czech Republic. Štětina graduated from the Academy of Fine Arts in Prague in 2015 after spending two years on the Städelschule in Frankfurt am Main studying under Judith Hopf and Douglas Gordon. Štětina is included in Manifesta 11, Zurich curated by Christian Jankowski.

Roman Štětina and Miroslav Buriánek’s exhibition is organised in partnership with the Czech Centre London. Štětina’s filmInstructions for use of Jiří Kolář is commissioned by Jindrich Chalupecky Society. Štětina won the commission in connection to receiving the Jindřich Chalupecký Award, the most prominent Czech award for young artists, in 2014.  The exhibition Návod k použití Jiřího Koláře was presented at PLATO, Ostrava from 23 June to 19 September 2016, curated by Marek Pokorný. 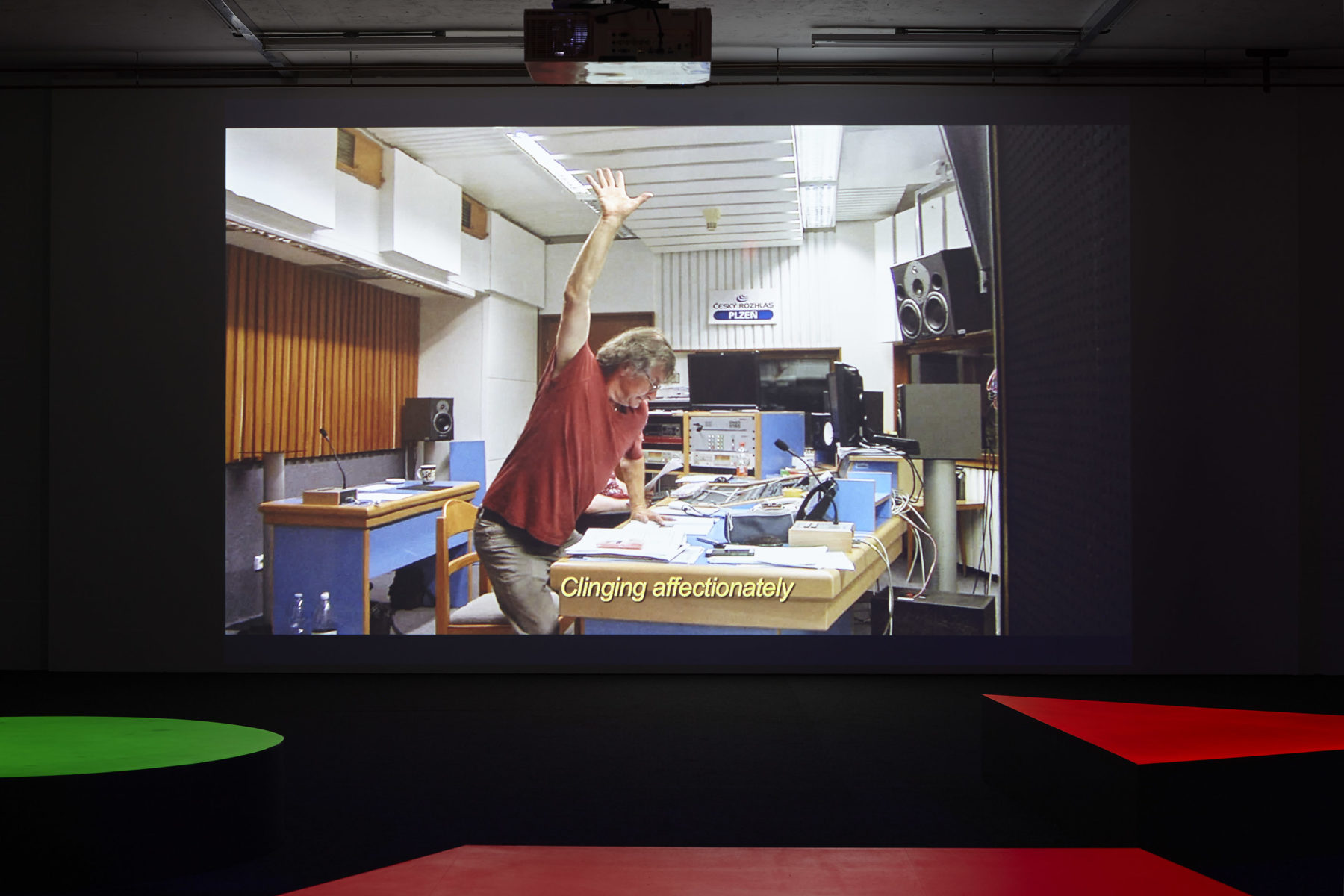