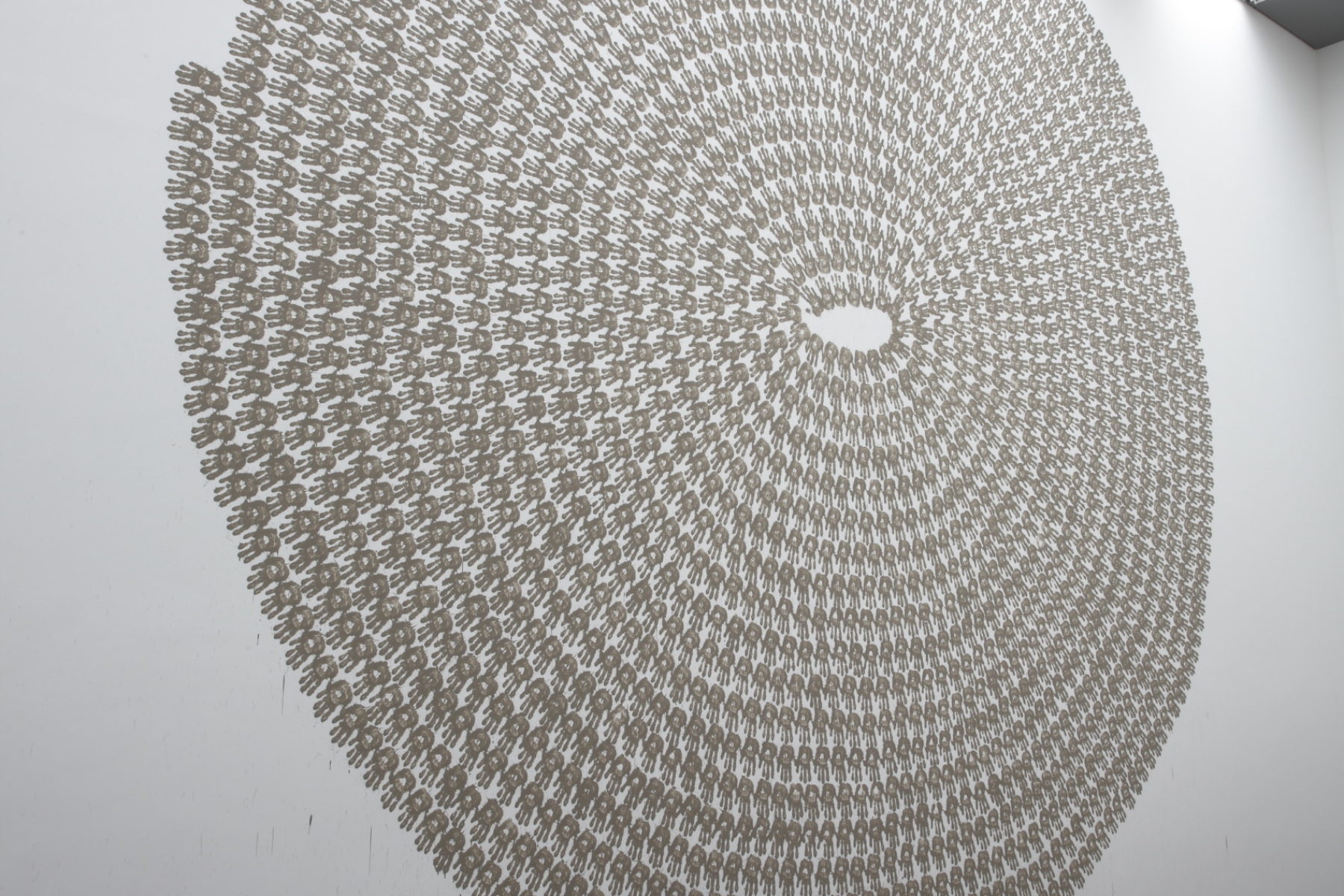 Spike Island commissioned new work by Richard Long and Simon Starling. This was the first time these Turner Prize winning artists exhibited together. Both works were site-specific and driven by interaction with the Bristol landscape.

Bristol-born Richard Long last exhibited here in his home town in 2000 at the Royal West of England Academy. The River Avon is a key part of Long’s work: the vast majority of his wall drawings in private collections and museums around the world are made using Avon mud. For Spike Island’s main gallery, Long created two large scale mud drawings in his last show before a major survey of his life’s work at Tate Modern in 2009. These new wall drawings are a magnificent response to the gallery’s nine metre high ceiling, recently described by Richard Cork as ‘one of the most epic art spaces in Britain’ (Financial Times, 2007). To accompany this new work, Long selected an intimate text piece written by him in 1990 which was distributed to visitors as a free, limited edition poster work.

Against the backdrop of Long’s drawings, Simon Starling presented a new commission comprising of two roughly cut but apparently identical lumps of rock displayed on large white plinths. One of these rocks, a ton and a half of locally sourced inferior oolite, made an epic journey on its plinth which in this case doubled as a simple raft. Propelled by the considerable power of September’s spring tide, the rock made its way 5 miles from Avonmouth into Bristol’s historic Floating Habour. The Avon has the second highest tide in the world, often reaching 14.2 metres. Following this initial tidal voyage, the rock then made a subsequent journey, its rough-hewn form momentarily dematerialised into a stream of digital data and transposed in minute detail onto another block of stone using a computer-guided milling machine – it’s almost science fiction-like, high-tech transposition playfully parodying the simplicity and economy of the original rocks river run.

An important exchange was created between the two artists within the gallery space: Long, whose work has influenced so many, an artist from a pioneering, even iconic generation, and Starling, an exceptional artist whose practice could not have formed as it has without the impact of Long and his peers. These are artists with differing methods of engagement with landscape, their interests ranging from personal experience, to the forces of energy constructed through nature and includes the use of the most highly sophisticated technologies available at the time. 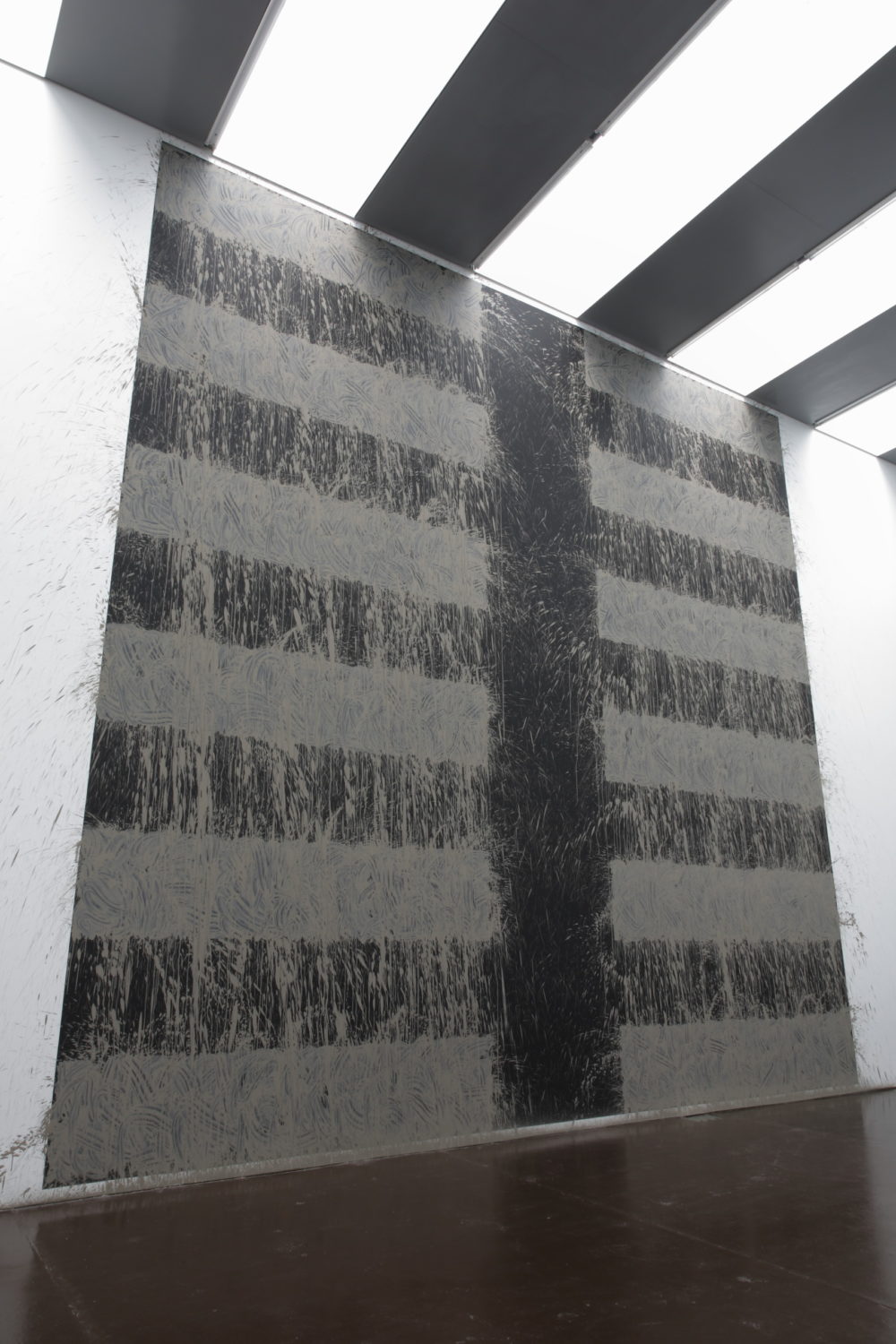 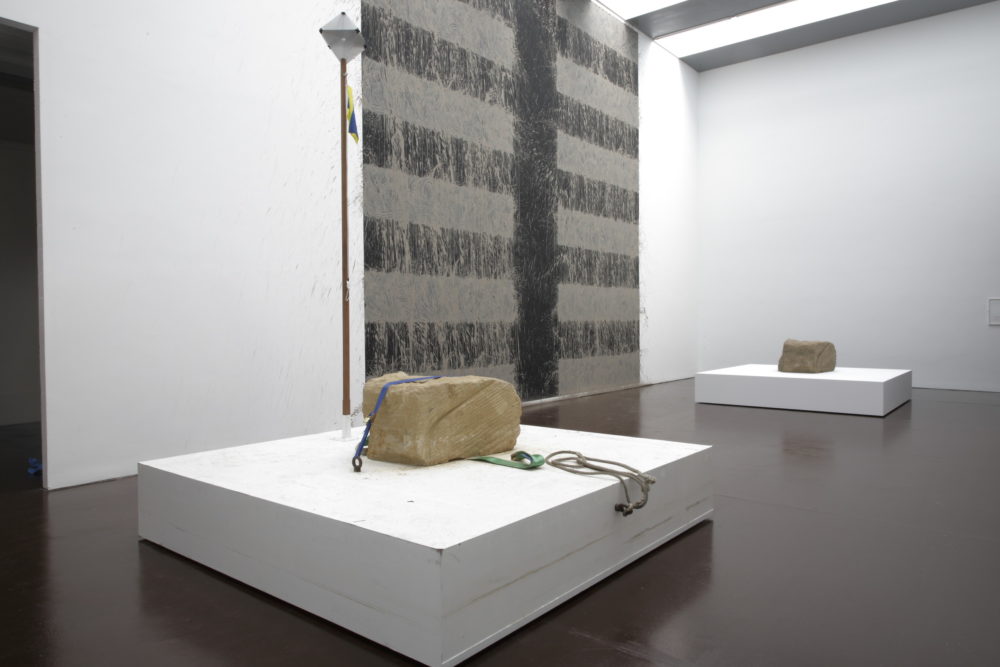 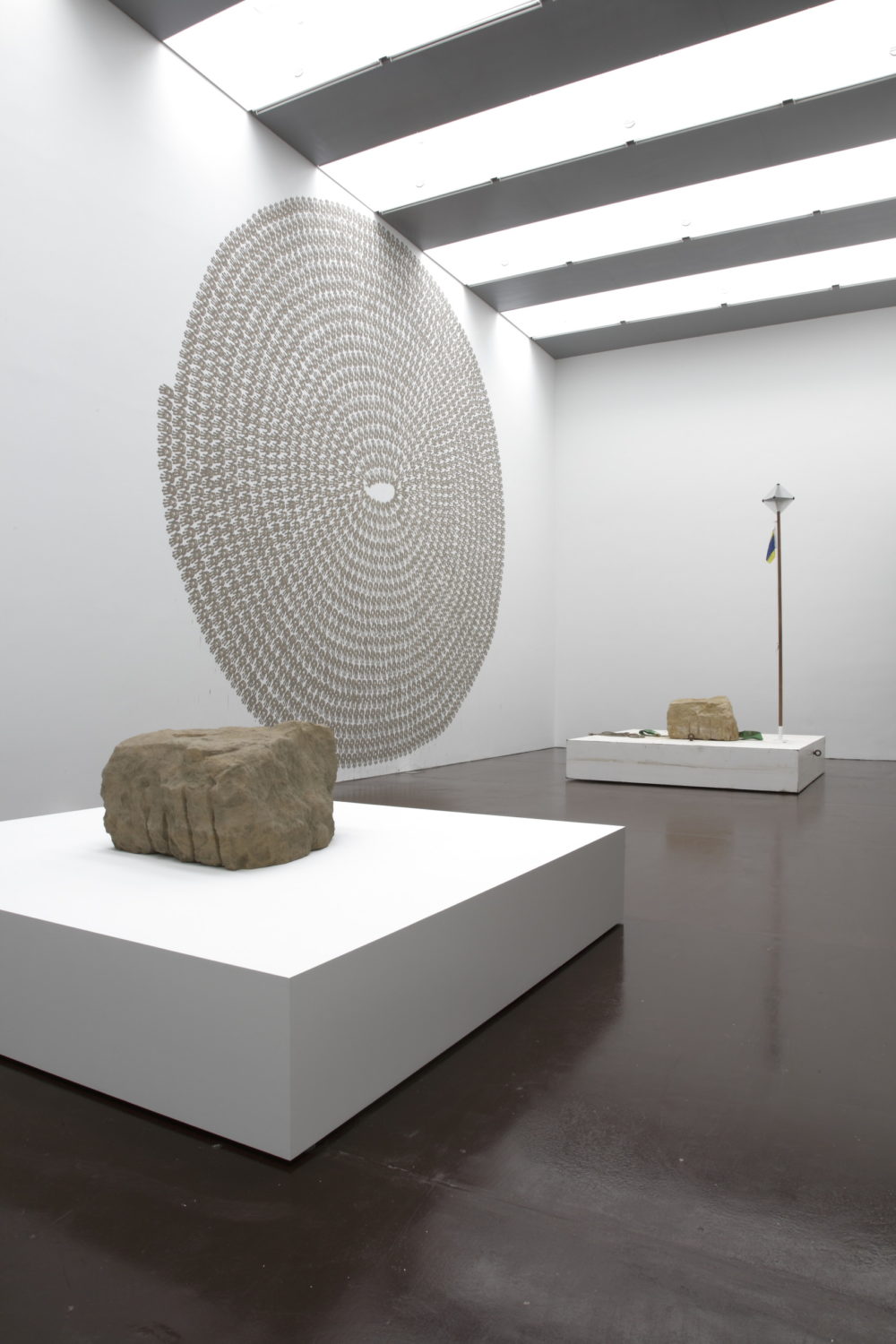 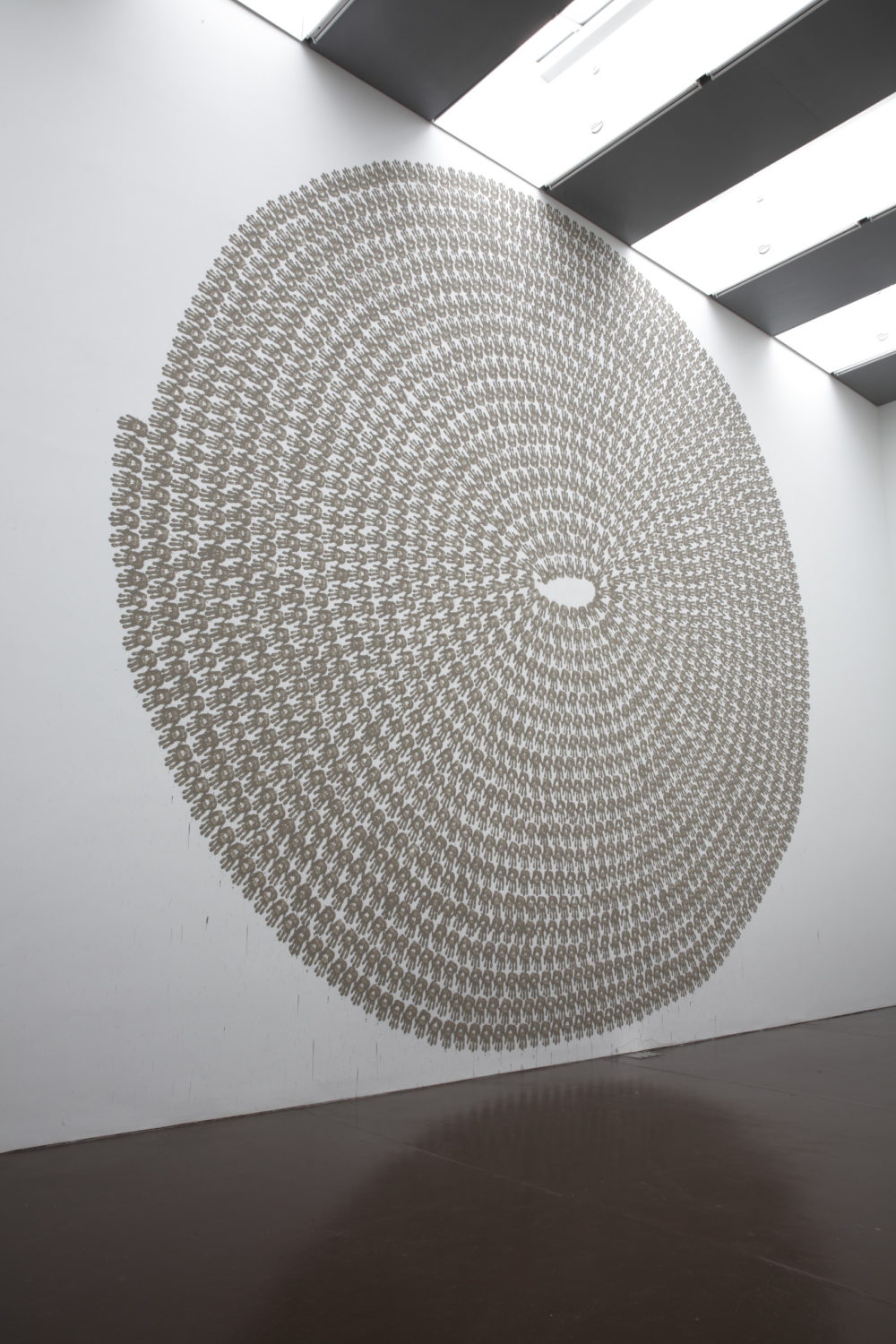 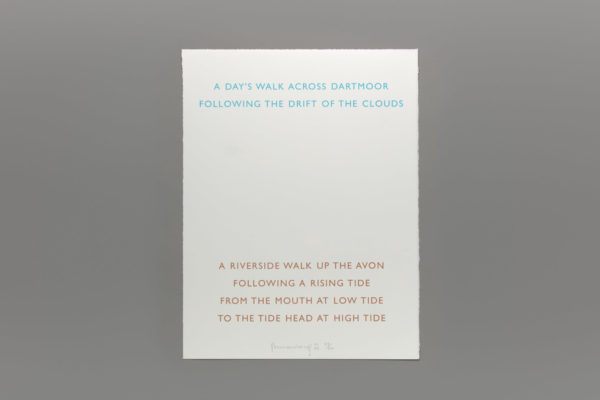 Published on the occasion of the artist's exhibition at Spike Island

Richard Long (1945) was born in Bristol where he lives and works. Recent solo exhibitions include Walking and Marking at the Scottish National Gallery of Modern Art (2007), The Time of Space at Haunch of Venison, London (2006) and The Path is the Place is the Line at the San Francisco Museum of Modern Art. He was awarded the Turner Prize in 1989.

Simon Starling at The Modern Institute 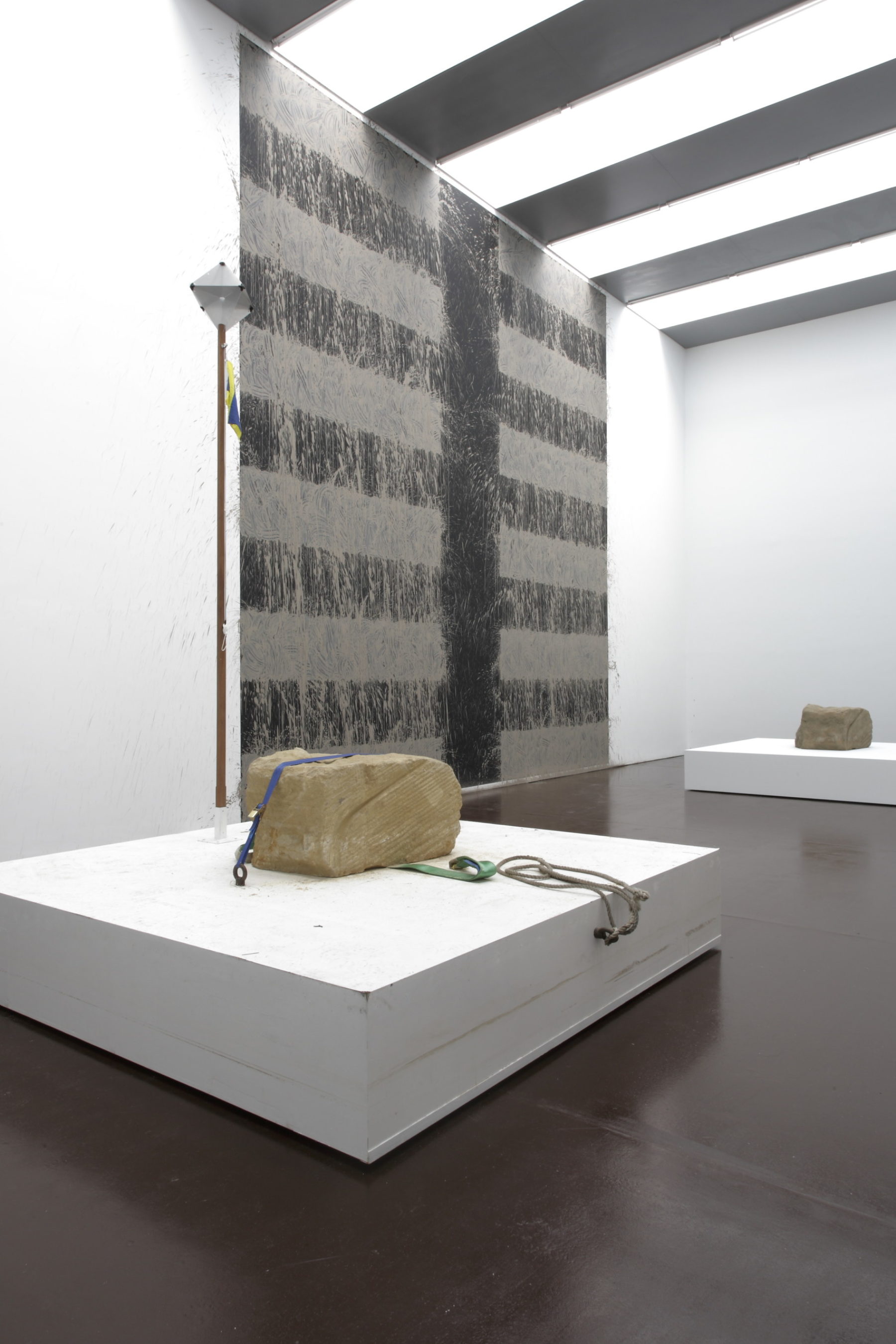