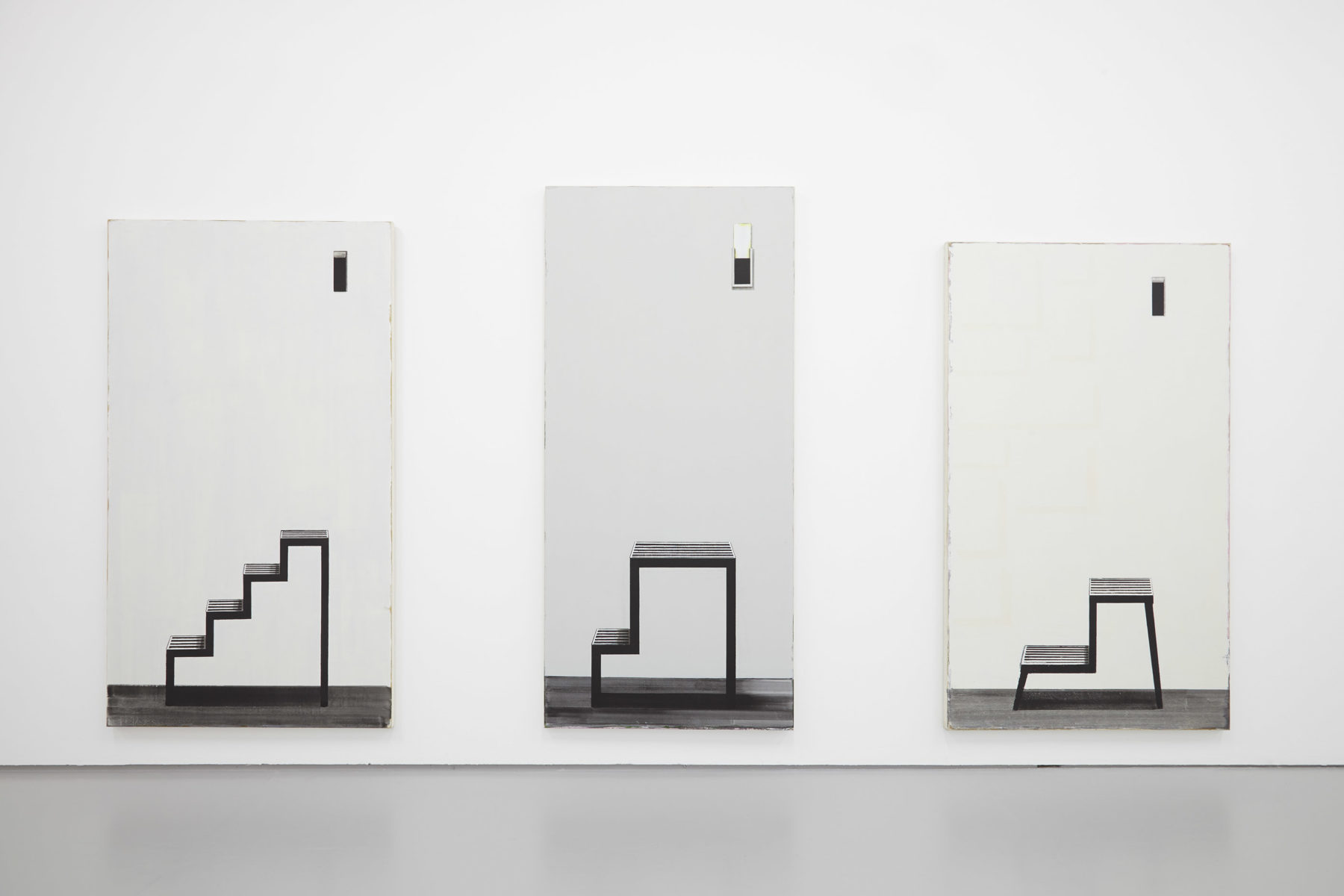 Michael Simpson makes large scale paintings in ongoing series that repeat and rework a number of key elements. Flat Surface Painting at Spike Island was his largest exhibition to date. Rooted in a fascination with fifteenth century Venetian and early Flemish painting, and inflected by the formal restraint and reduced palette of Minimalism, Simpson has developed a distinctive, darkly comedic artistic vocabulary with which to create works that move beyond their subject matter to question the nature of painting itself.

Included in the exhibition were works from Simpson’s Bench Painting series (1989–2009), originally intended as an homage to the Italian Renaissance philosopher Giordano Bruno. Burnt at the stake for heresy in Rome in 1600, he is regarded as the last great medieval thinker, a martyr to a fully secular freedom of thought, and is known for his vision of an infinite universe and for realising the full implication of the Copernican Revolution — the discovery that the earth revolves around the sun, rather than sitting at the centre of the solar system. Several of the bench paintings directly reference Bruno through the inclusion of titles of his books or the date of his death. Increasingly Simpson has come to see these as vanitas paintings that symbolise the transience of life. The bench itself often takes on a coffin-like form in paintings in which the human body is always absent.

Bruno’s fatal clash with the Catholic Church exemplifies the cruelty too often found in religious history, an enduring theme in Simpson’s work. Other series take as their subject architectural motifs associated with organised religion: pulpits or the Islamic minbar, confessional boxes and leper squints (holes in medieval church walls built to allow sufferers of leprosy and other “undesirables” to listen to a sermon without sitting amongst the congregation). 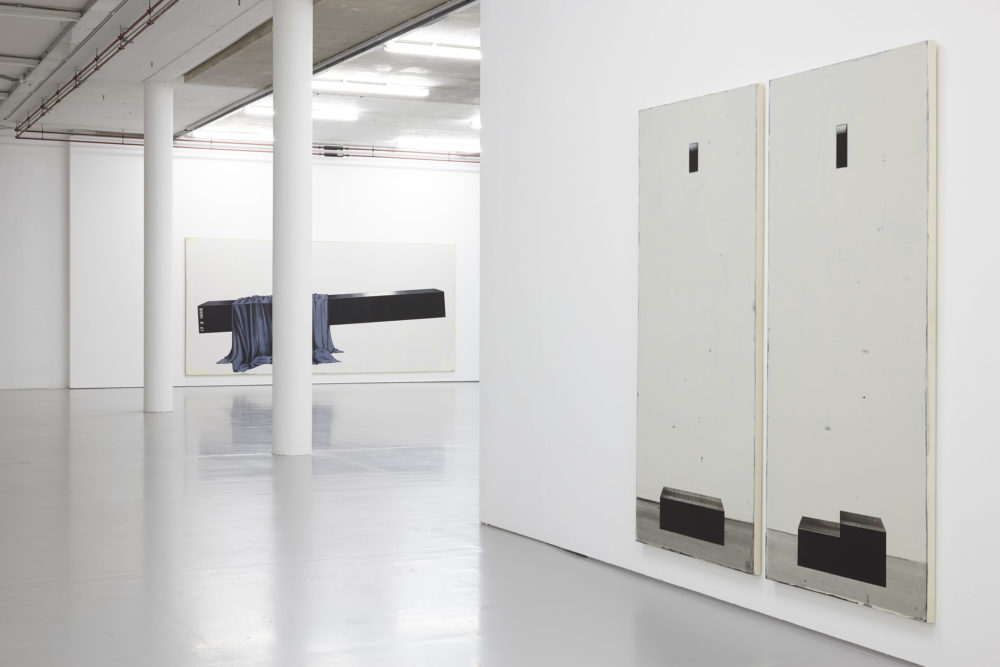 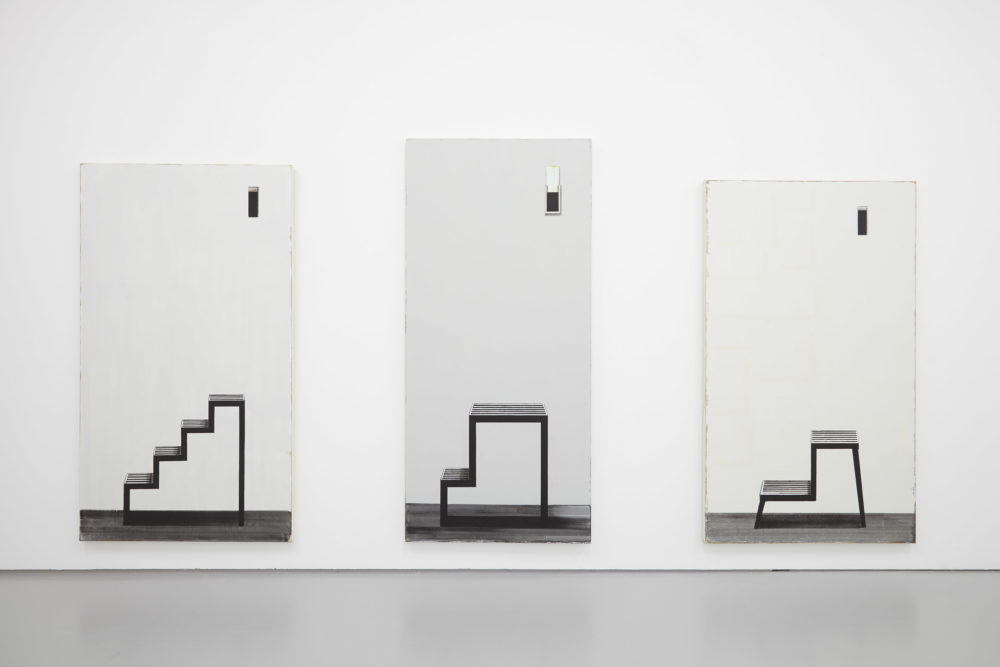 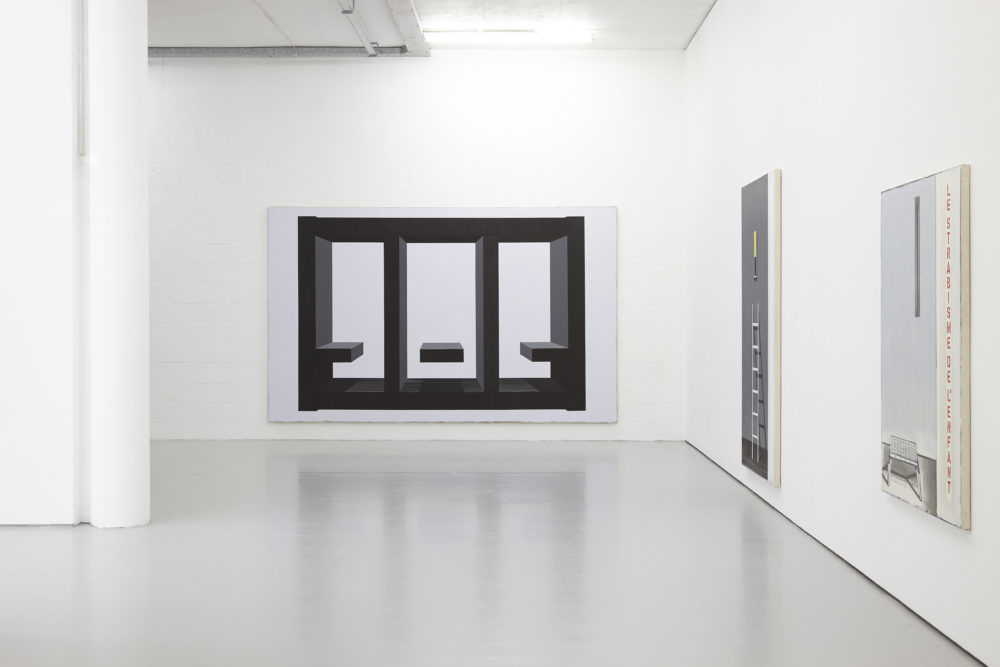 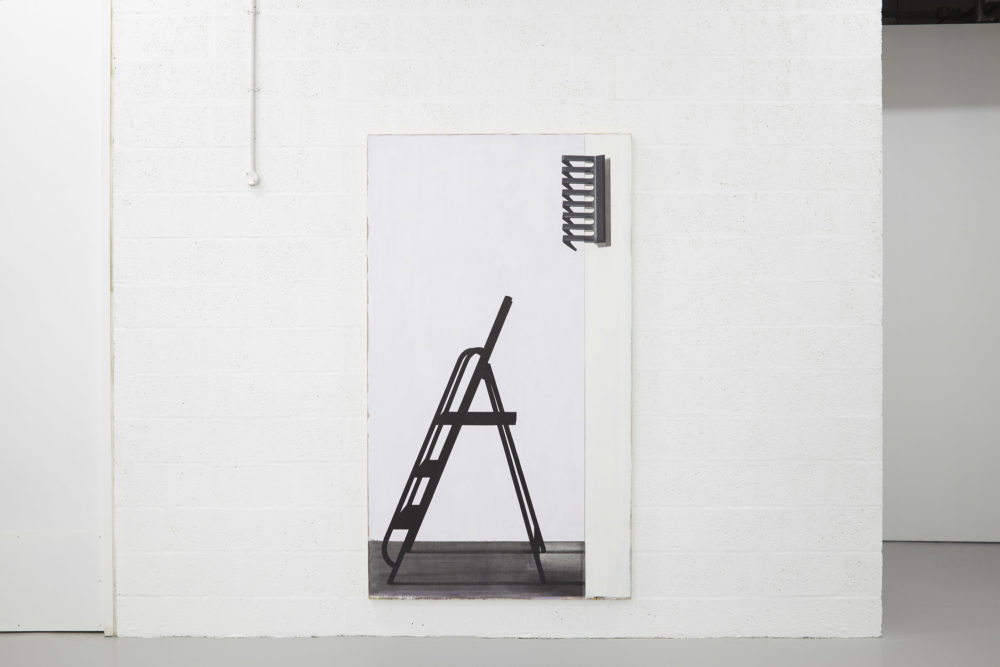 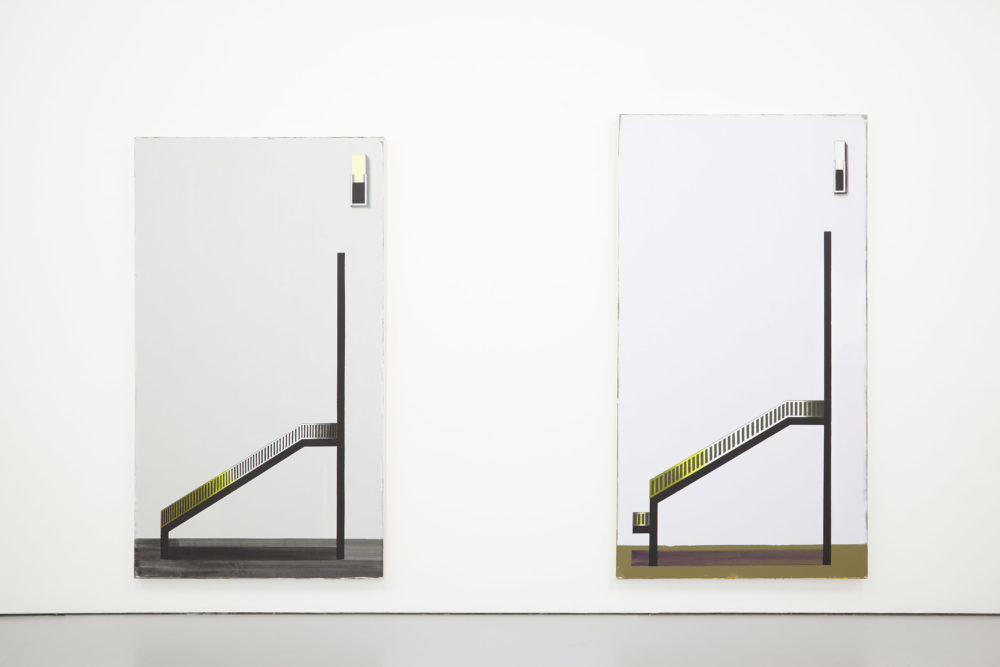 To look at many of Simpson’s paintings is to see-saw between abstraction and representation, between depth and flatness. The artist’s key motifs are reduced to their essential geometry and situated in similarly pared-down environments. Forms float, apparently suspended in space; elsewhere light, shadow and perspective root objects to the ground. Similarly, the precisely wrought illusion in some works gives way to a much looser rendering of the image in others. The use of larger than life-size scale of many of these works engenders a strong physical engagement; a sense that we could literally step into these exact yet indeterminate spaces. Simpson calls attention to the mechanics of painting, the deceptive force of the constructed image. 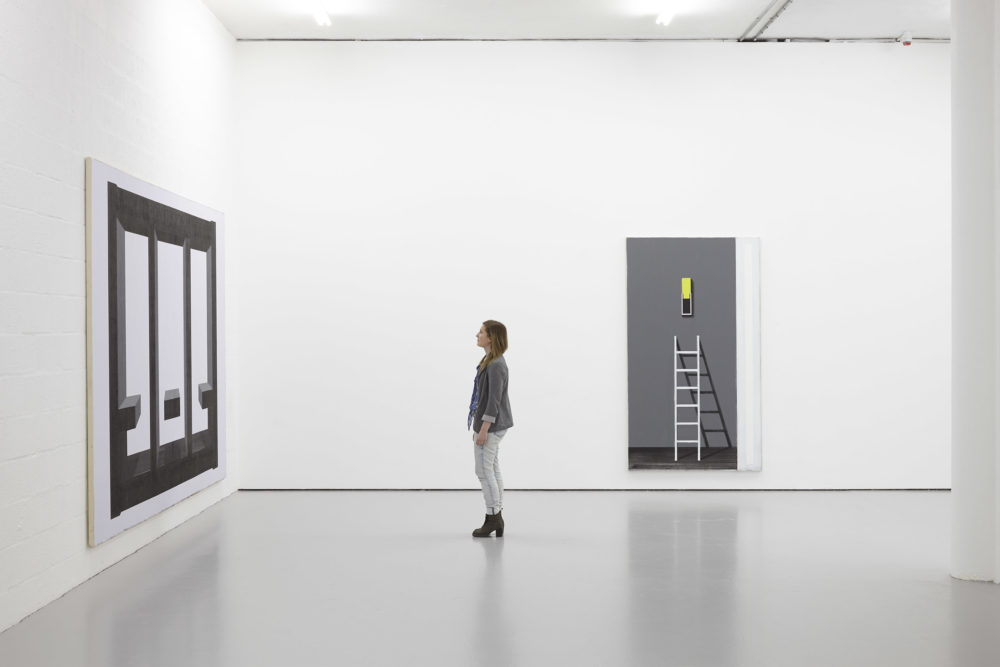 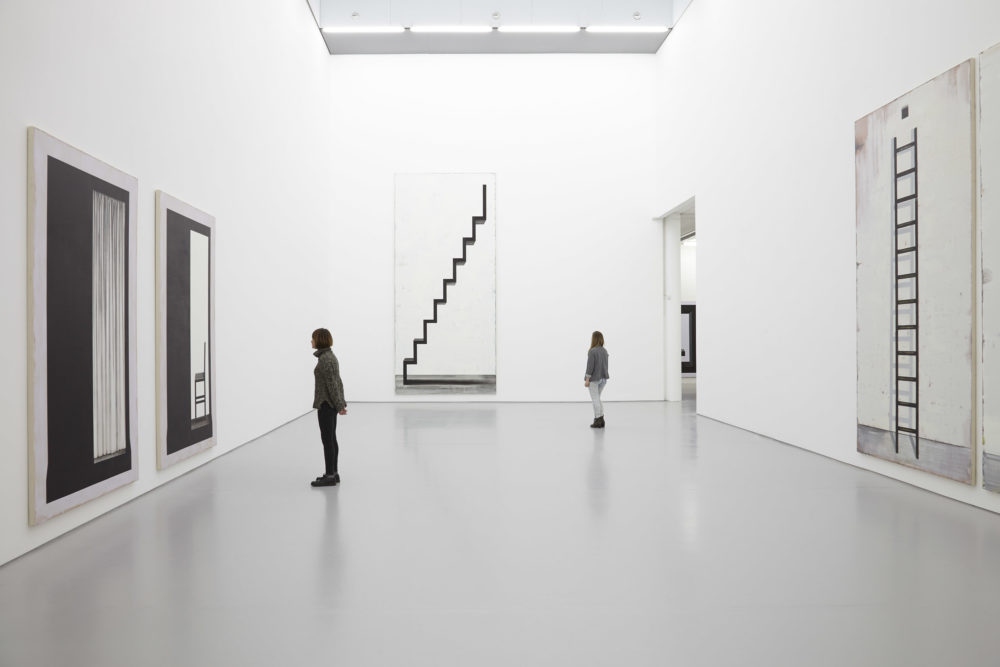 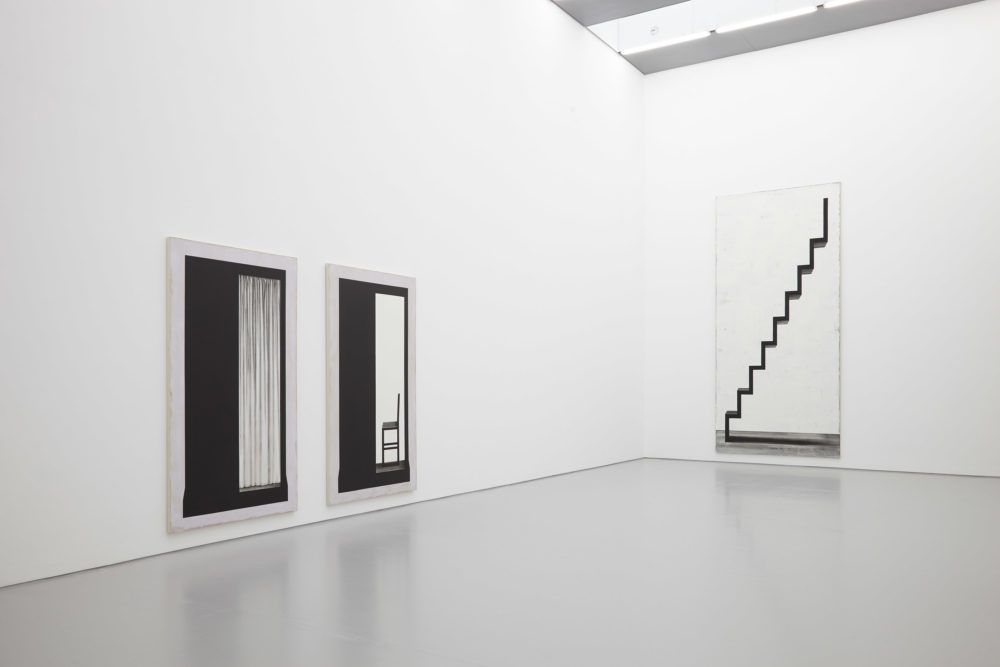 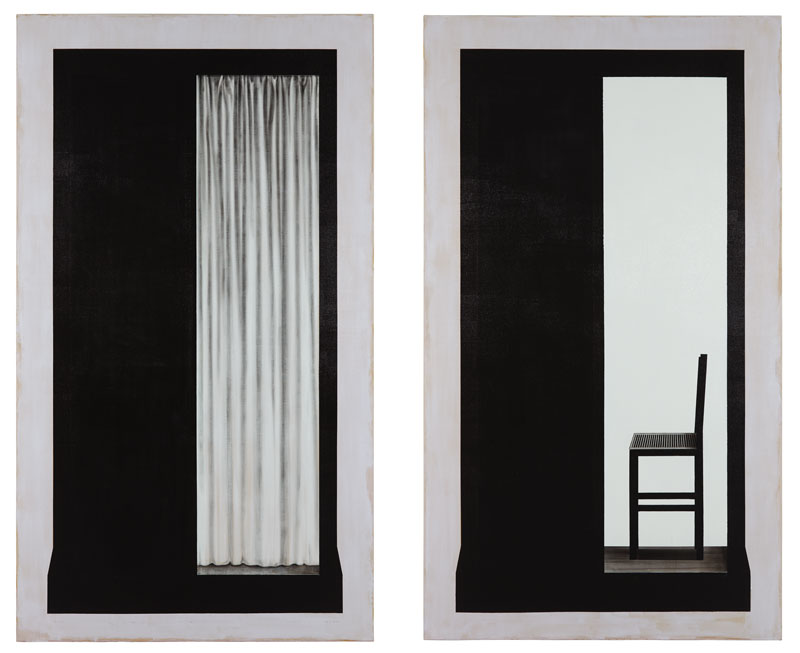 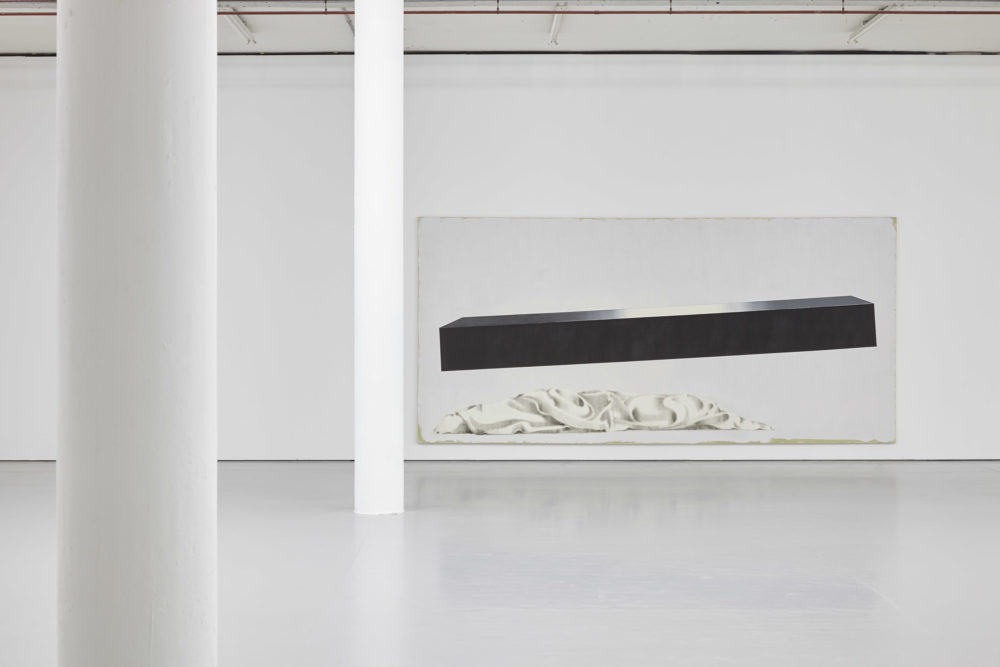 Michael Simpson shares the story of his journey as a painter 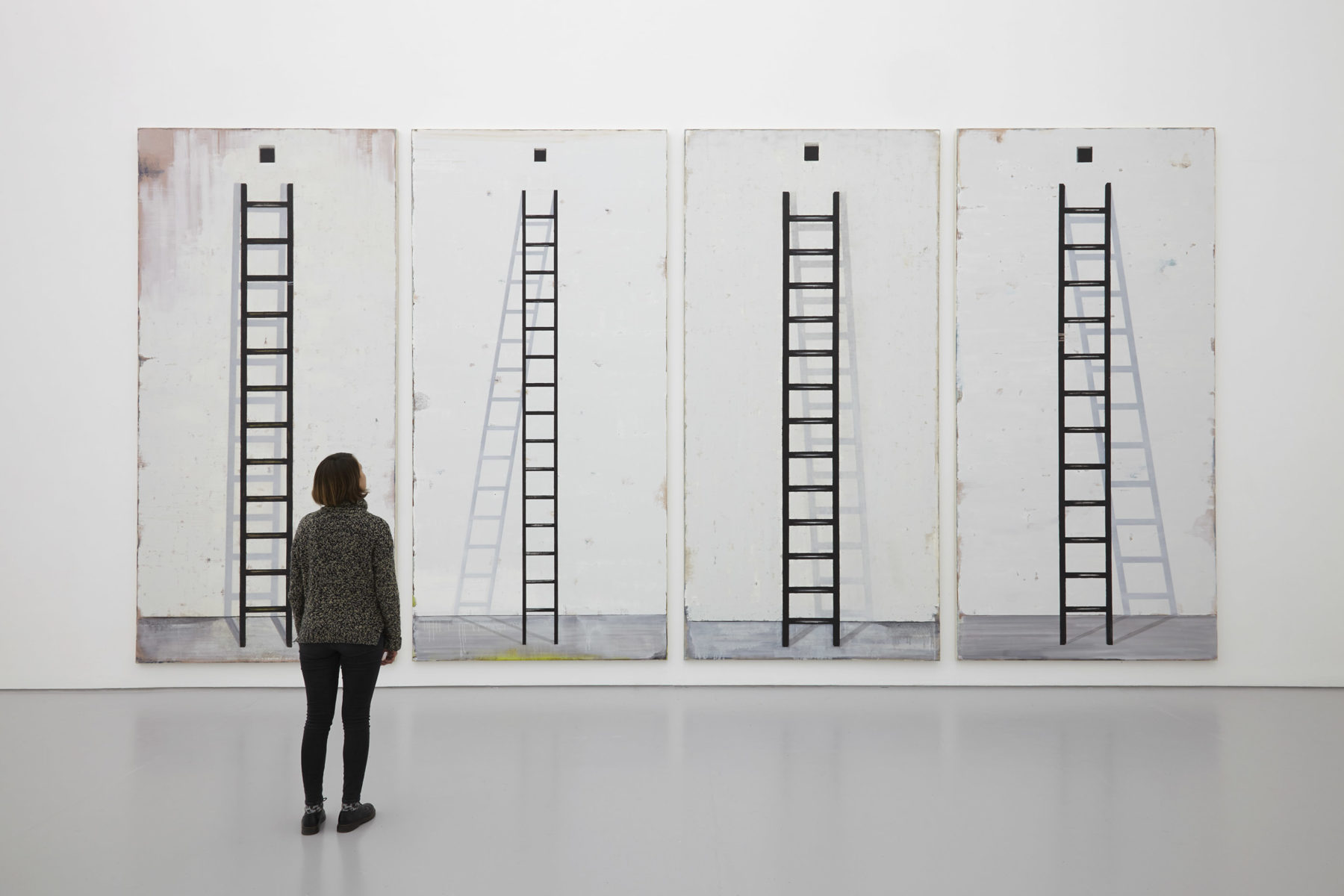