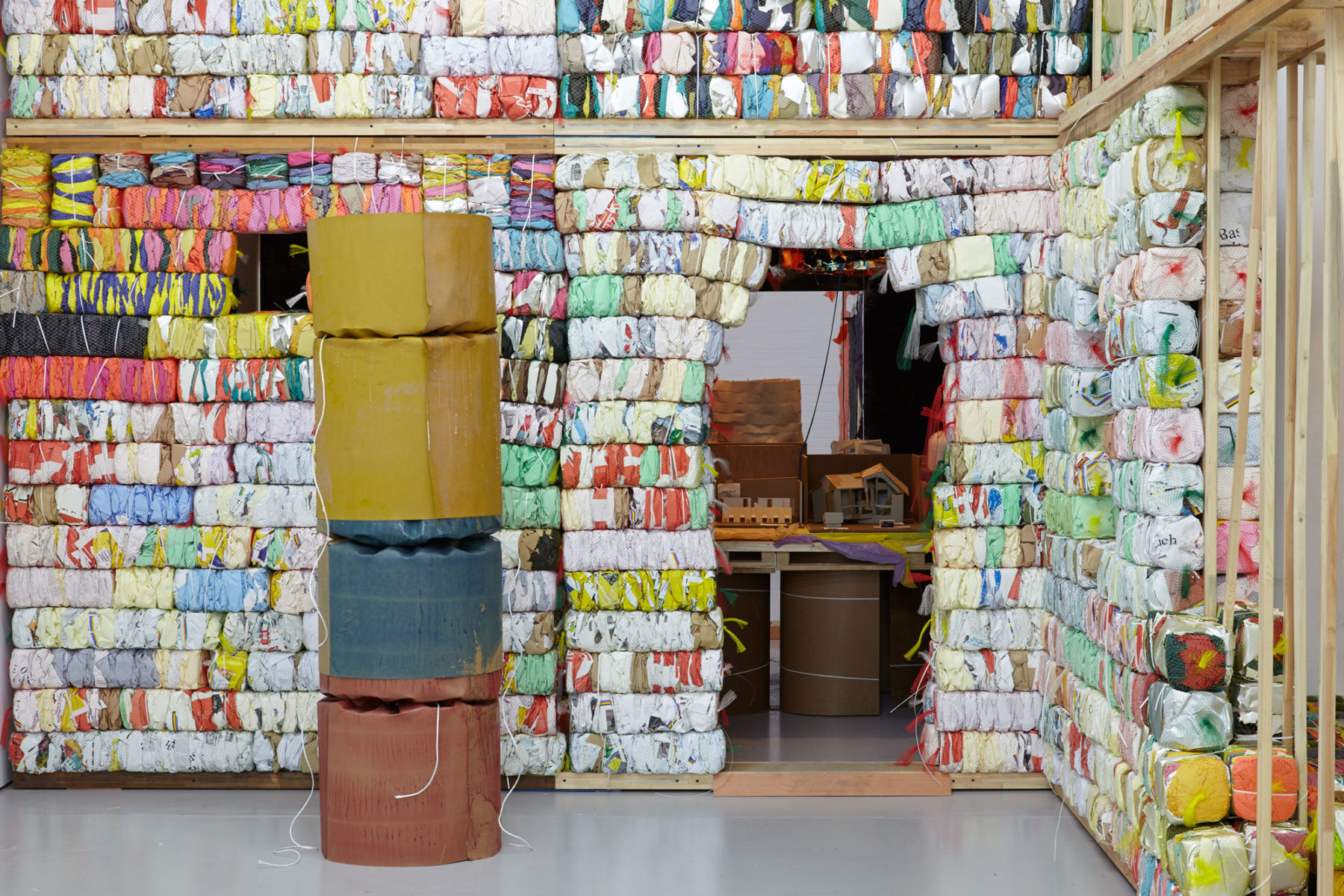 For his first solo exhibition in a public art gallery in the UK, German artist Michael Beutler presented an ambitious large-scale site-specific commission in two chapters. The first chapter responded to Spike Island’s use as a gallery and artists’ studio complex, and to its historic use as a tea packing factory.

Beutler works in situ and always uses industrial materials, which he repurposes and reinterprets in modular makeshift constructions with the help of hand-built tools (or ‘proto-machines‘, as the art critic Gregory Williams once called them). These tools are often shown alongside his installations as an integral part of the work. Beutler’s concern is with the process of production, and constitutes a subversion of industrial and serial manufacturing processes. Typically the artist involves a great number of collaborators and the social structure of the team they form acts as a catalyst for the development of the exhibition as a whole.

Pump House was a collaboration with Nottingham Contemporary, drawing upon the fact that the same architects who redeveloped Spike Island’s exhibition spaces in 2007 – namely Caruso St John – were also in charge of building Nottingham Contemporary from scratch soon after. Beutler specifically conceived an exhibition in two chapters which physically and conceptually linked the two art galleries. Each exhibition was made from the same elements and yet was completely different: ‘the project could be described as building two very different things with the same Lego blocks’, to quote the artist. 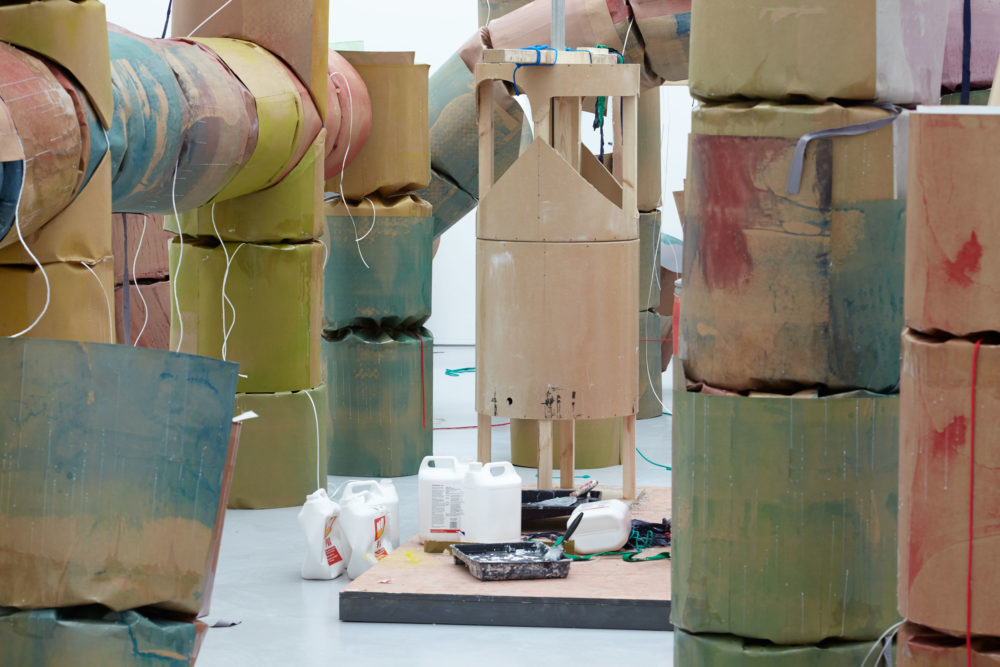 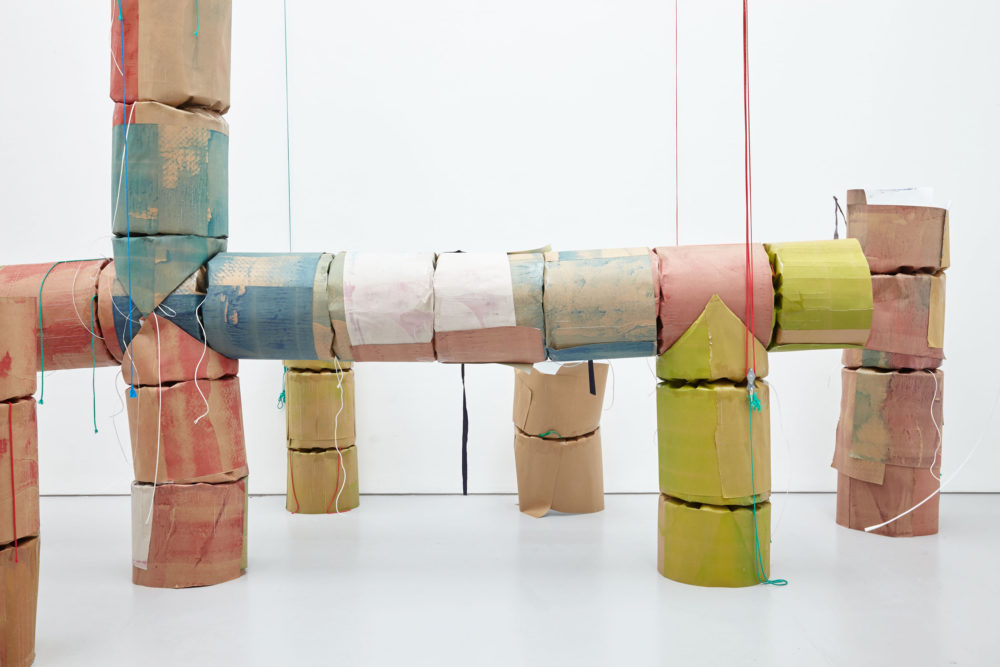 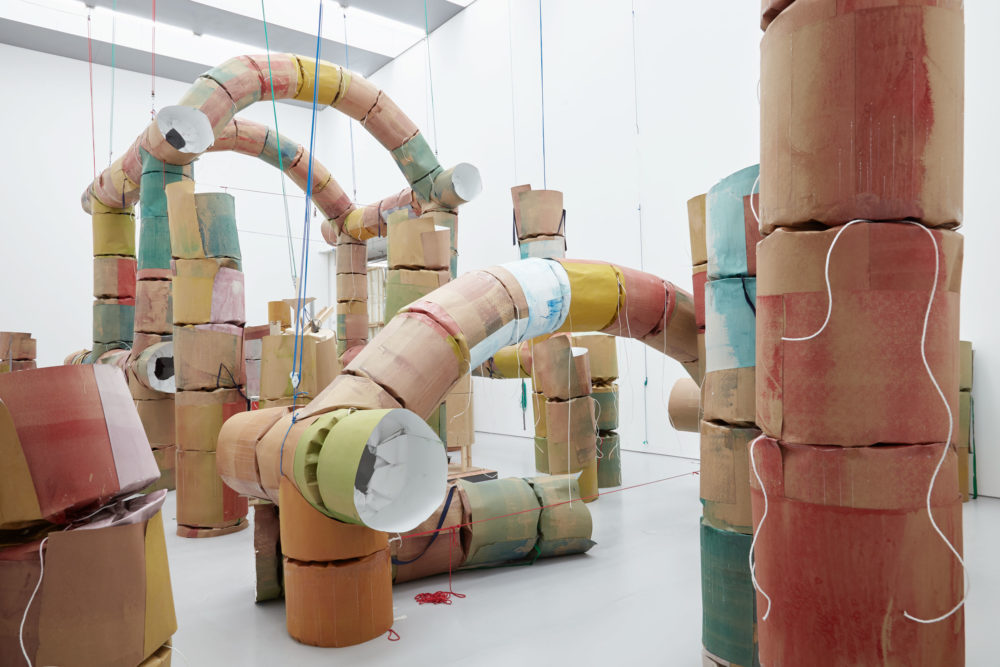 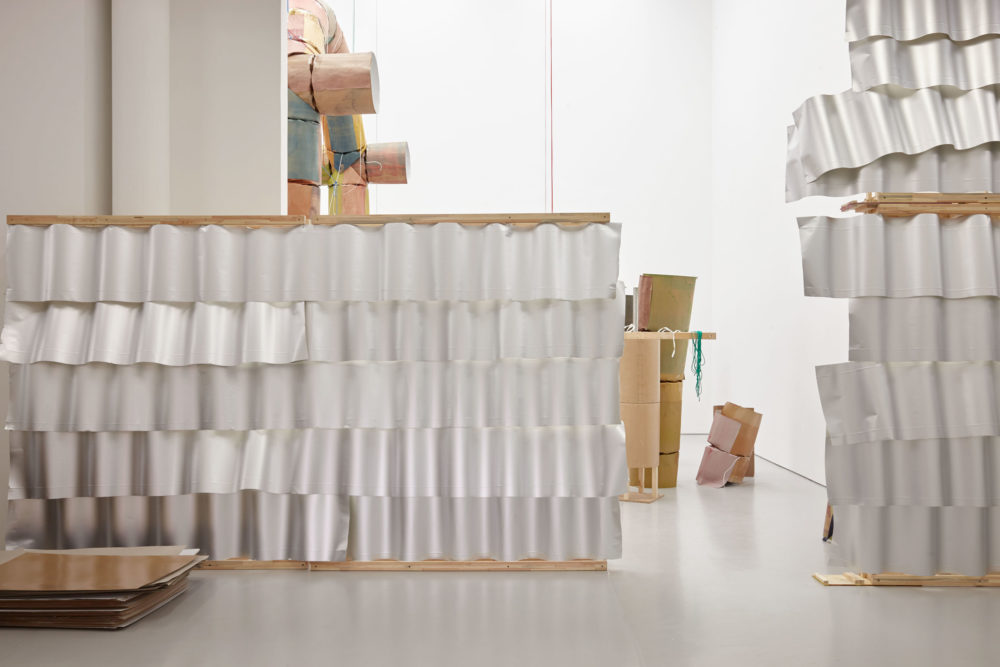 Titled after a site which itself alludes to a process (the action of pumping water to provide power), the exhibition was the result of a number of art-making methods including pumping air to inflate paper bricks. It was also a nod to the British industrial landscape where numerous disused pump houses are to be found, most of which have been redeveloped and converted into leisure venues (the Pump House is a well-known gastropub and restaurant in Bristol, only a short walk from Spike Island).

As with two of his recent exhibitions, Haus Beutler at Bielefelder Kunstverein (2014) and La Loge, Brussels (2014–2015), and Moby Dick, Hamburger Bahnhof, Berlin (2015), models, material studies, photo and video documentation as well as fragments of earlier projects were included in Beutler’s exhibition at Spike Island, demonstrating his inclination to respond to existing social or architectural structures and reaffirming his profound interest in recycling, DIY and prototyping.

Michael Beutler (b. 1976, Oldenburg, Germany) lives and works in Berlin. 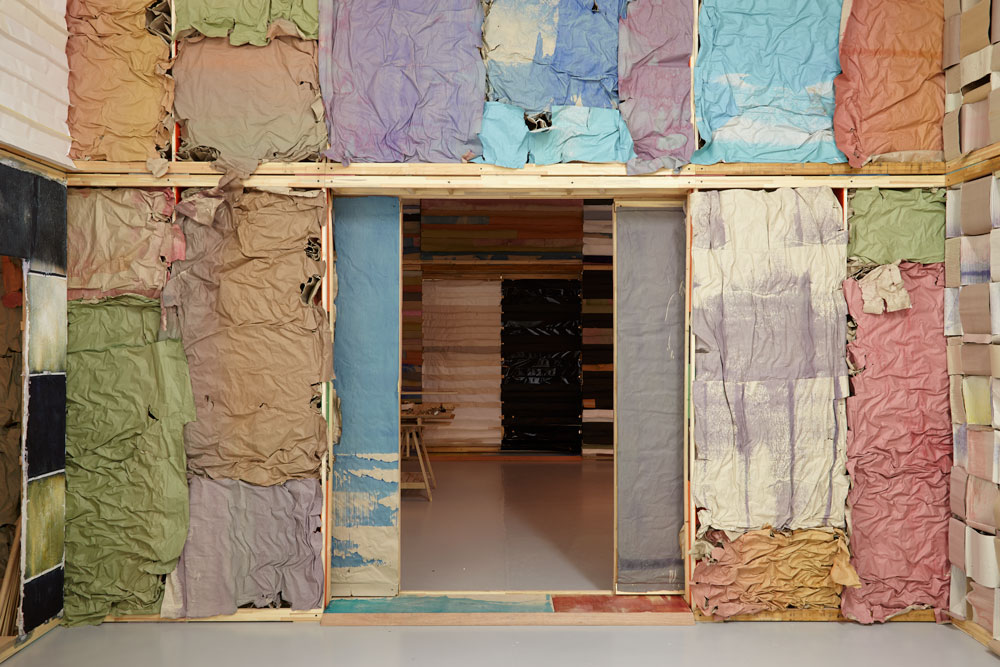 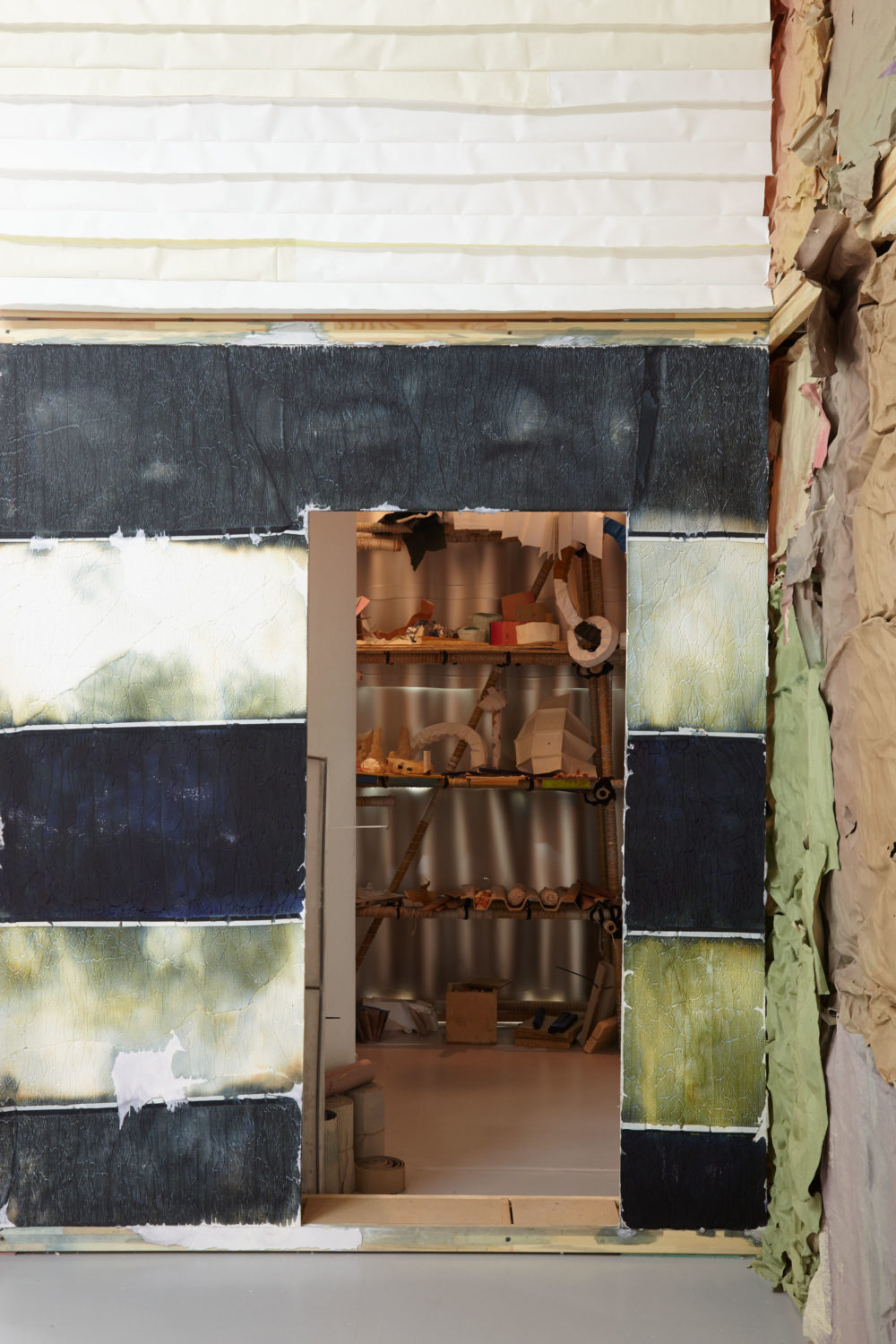 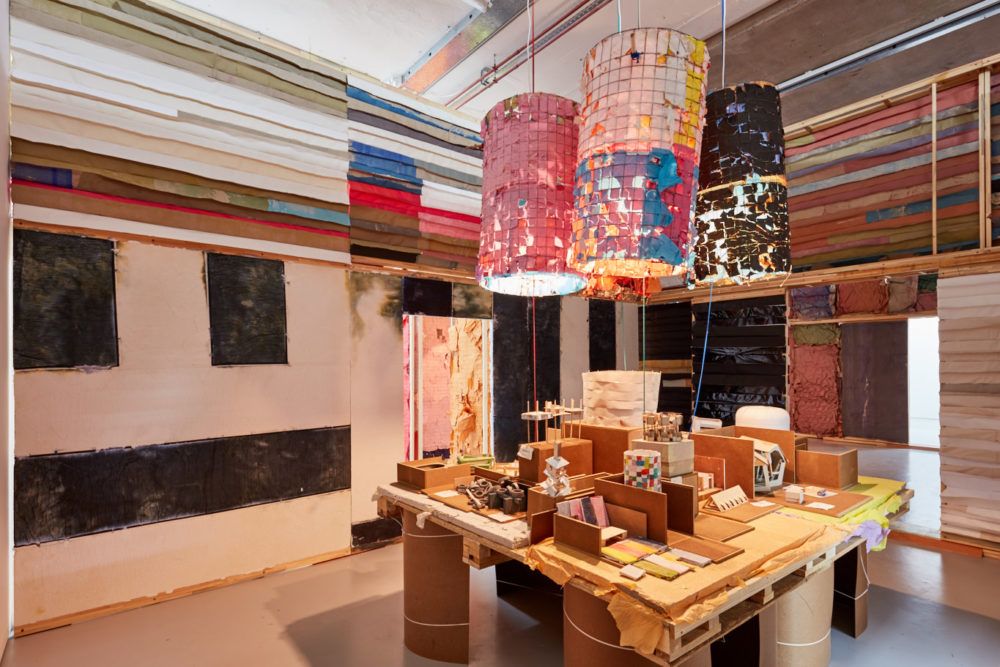 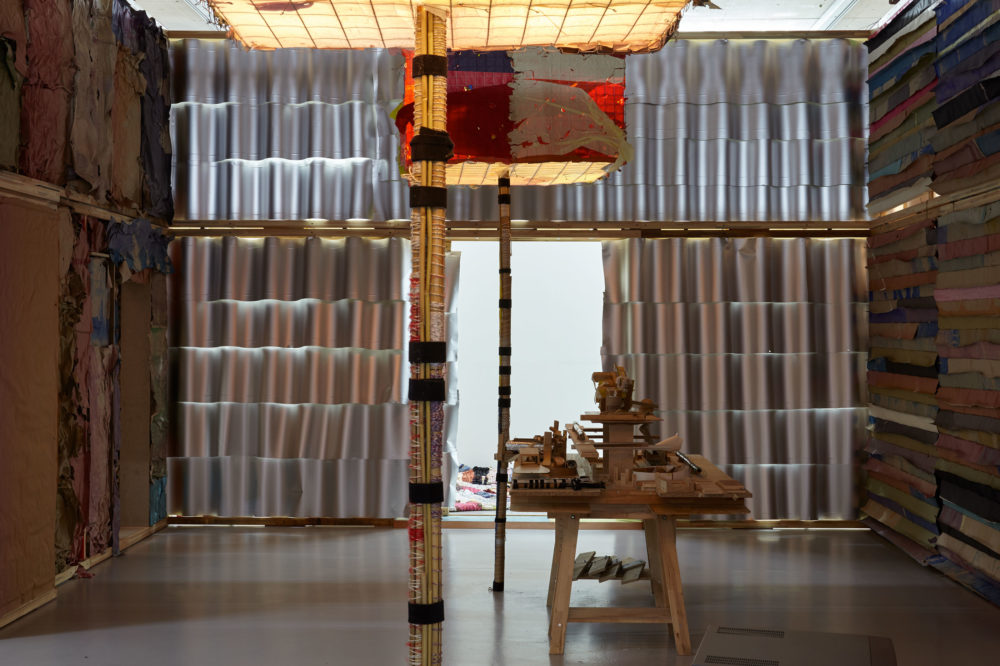 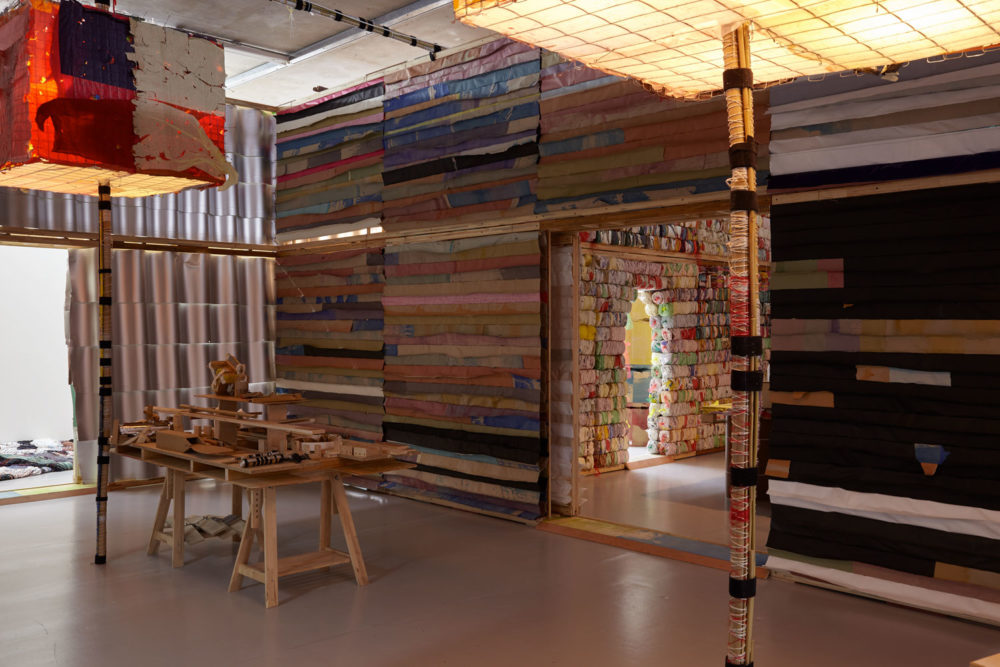 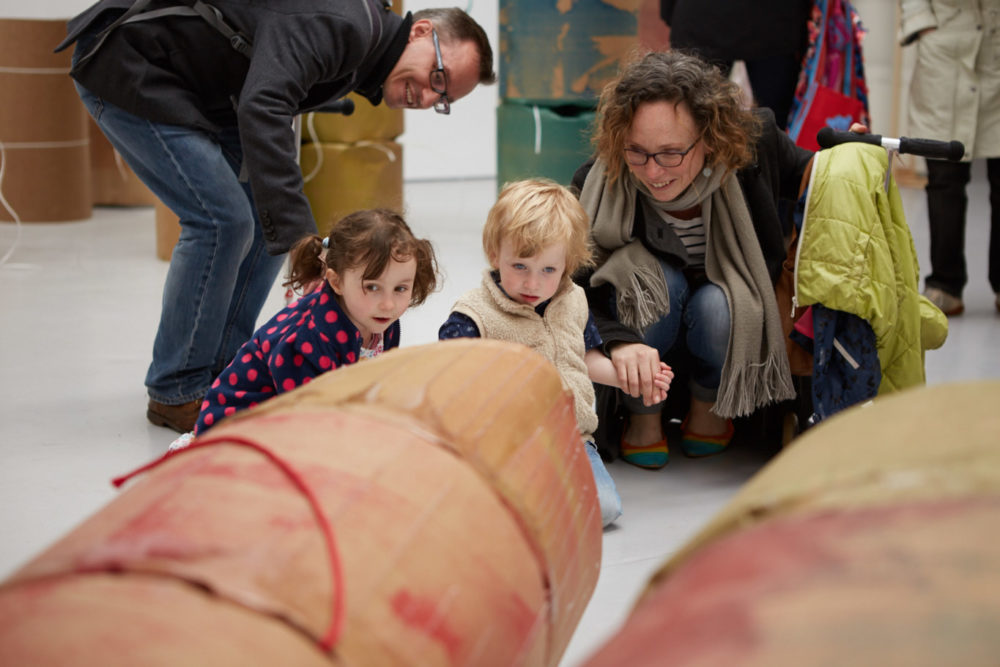 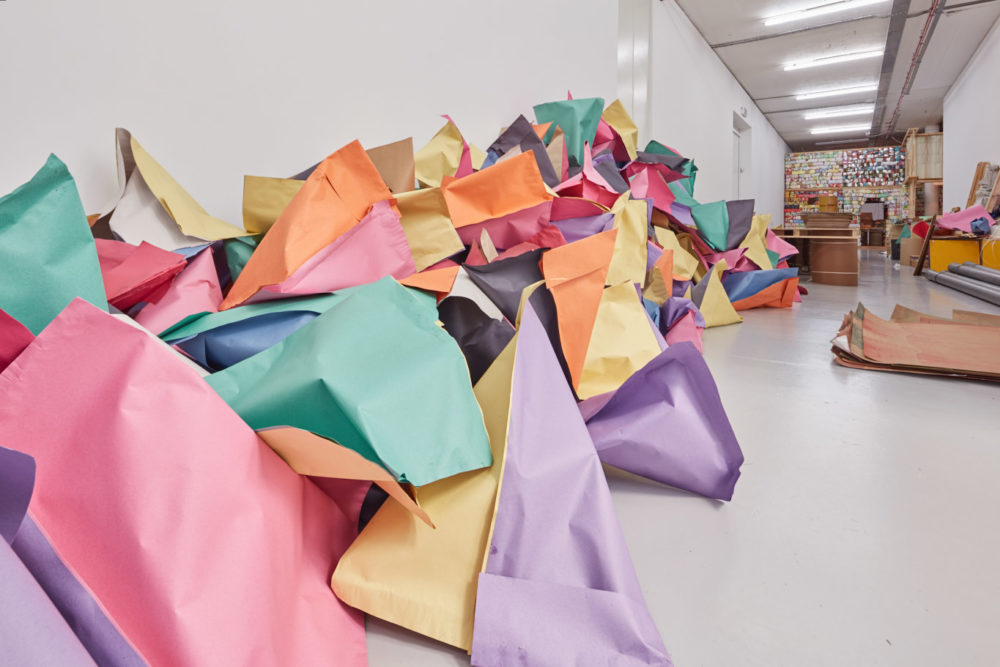 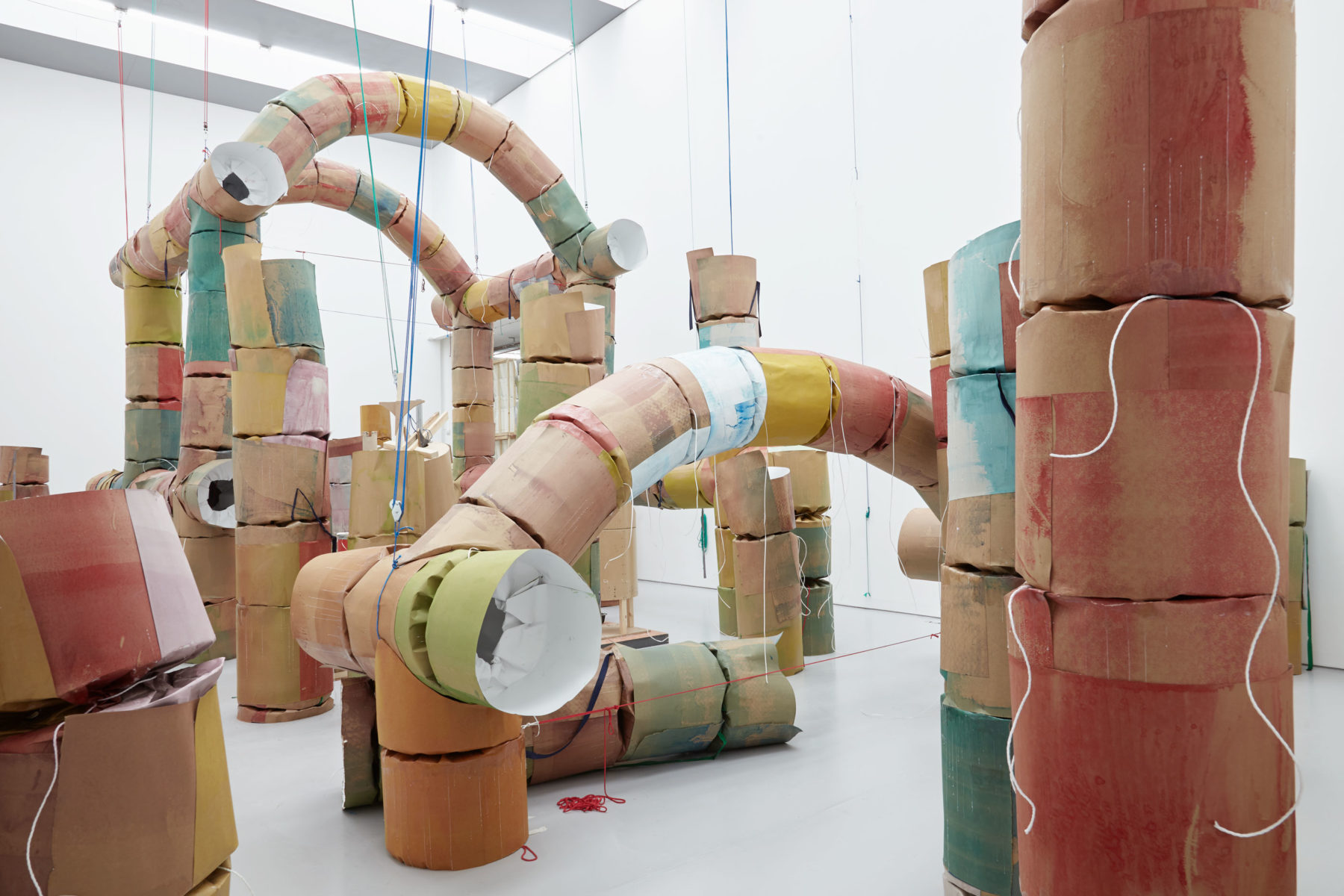