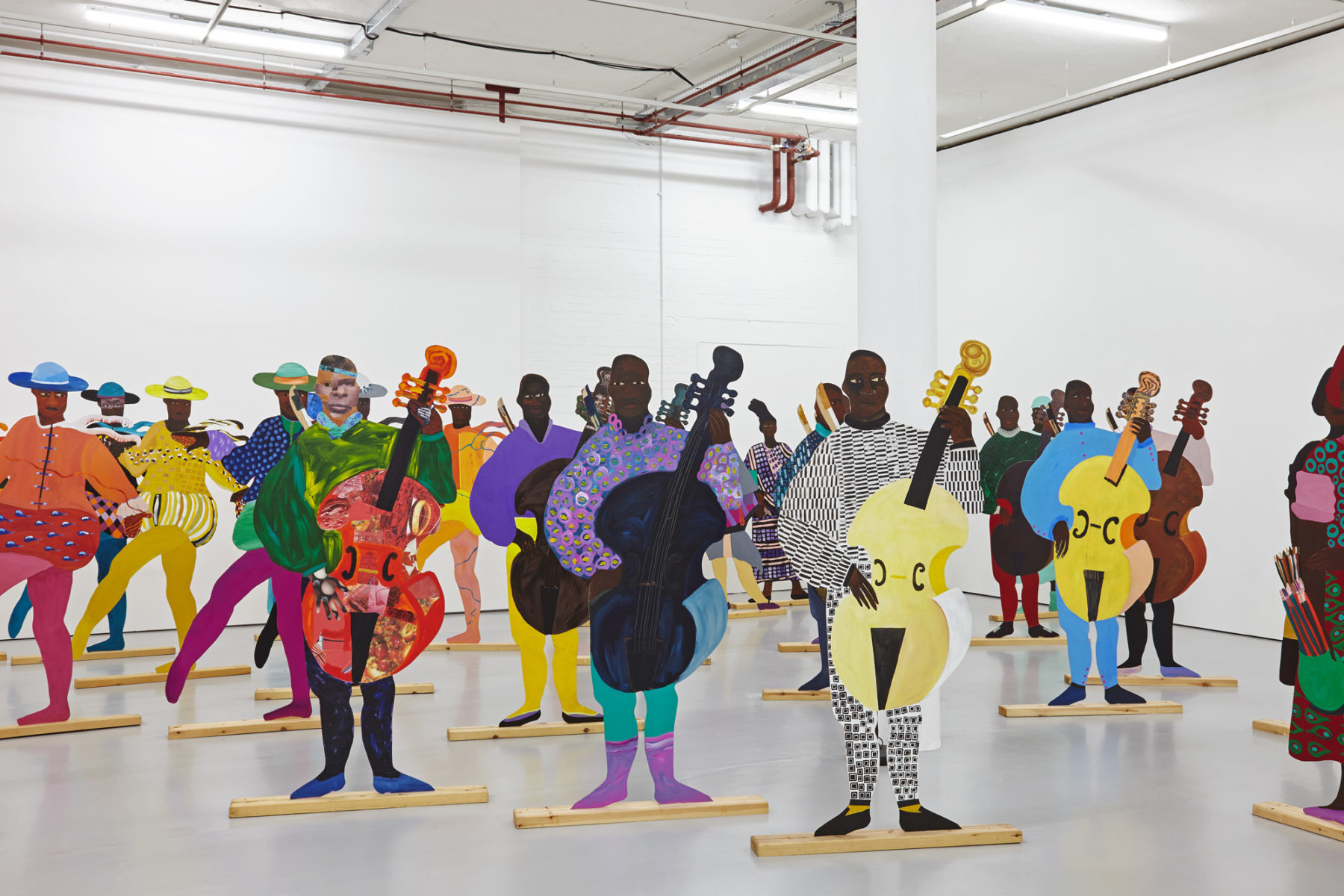 Lubaina Himid works in painting, drawing, installation and printmaking. A member of the Black Arts Movement of the 1980s, her work is politically critical, tackling questions of race, gender and class. This exhibition draws together paintings and installations from the late 1990s to the present day to consider issues of labour, migration and creativity. It takes place alongside two other major UK presentations of Himid’s work: Invisible Strategies, a simultaneous solo exhibition at Modern Art Oxford and The Place is Here, a group show at Nottingham Contemporary which traces conversations between black artists, writers and thinkers in 1980s Britain. 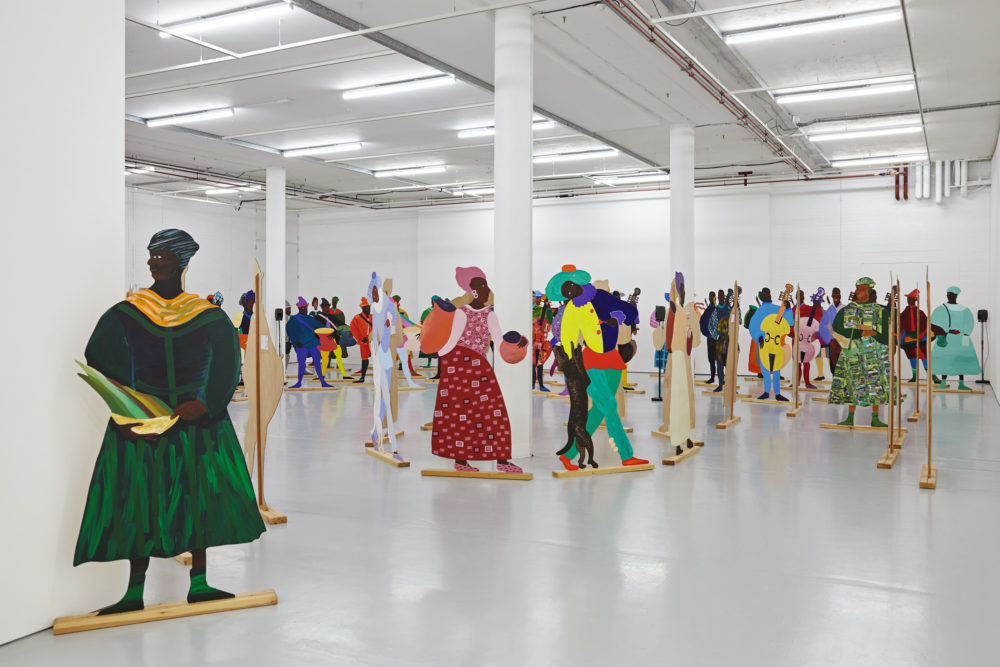 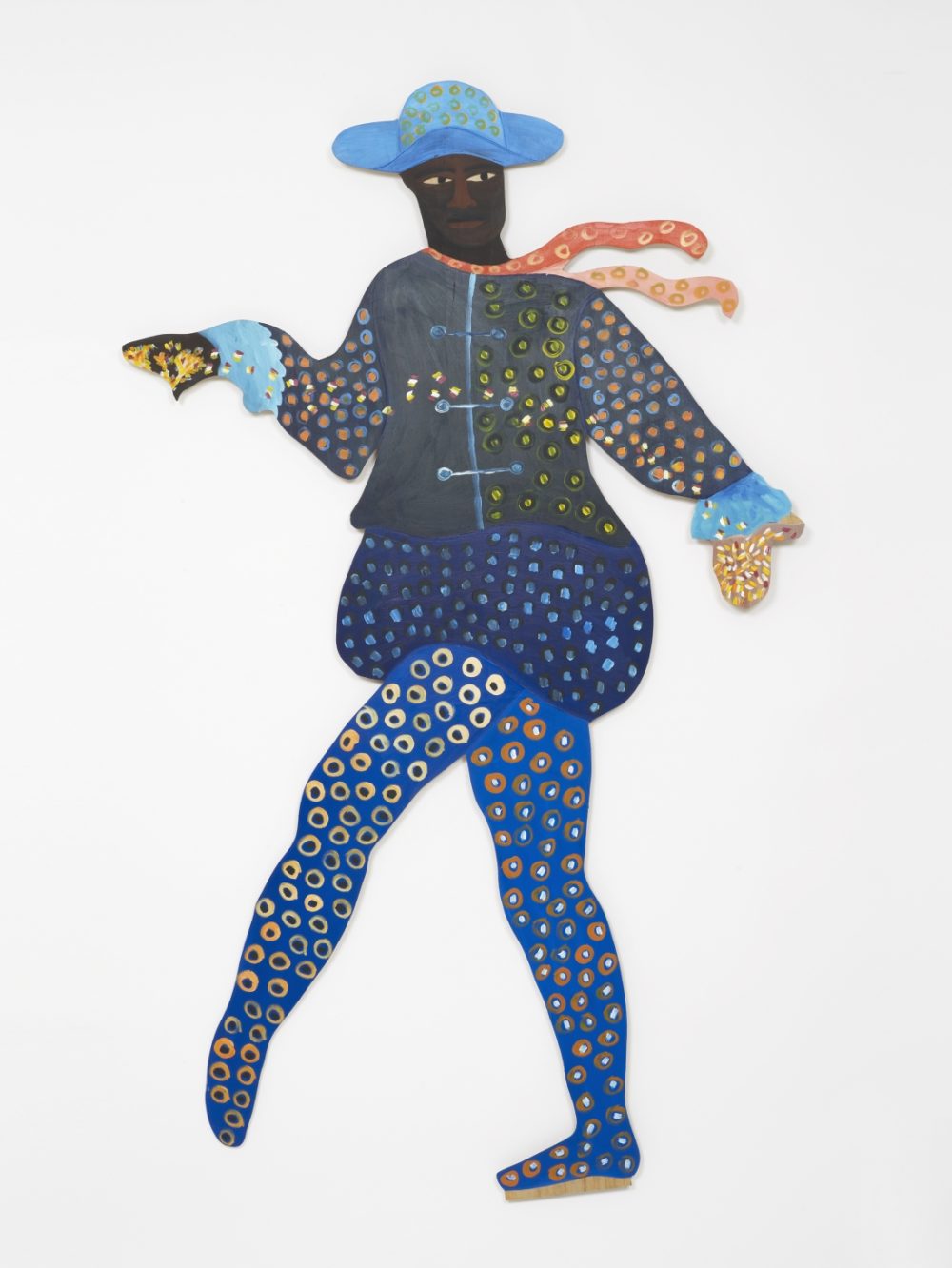 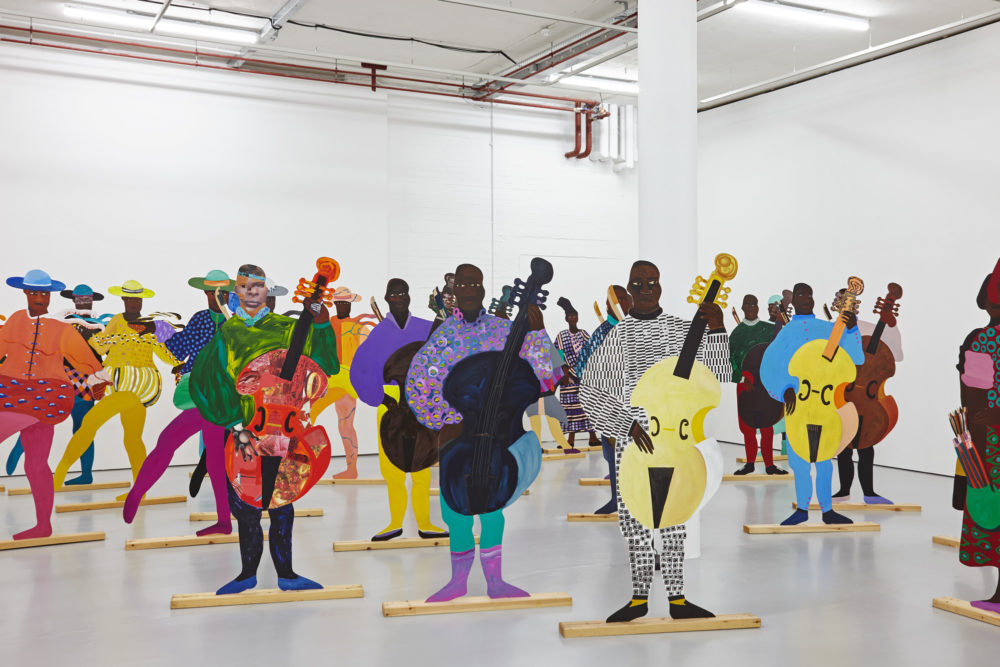 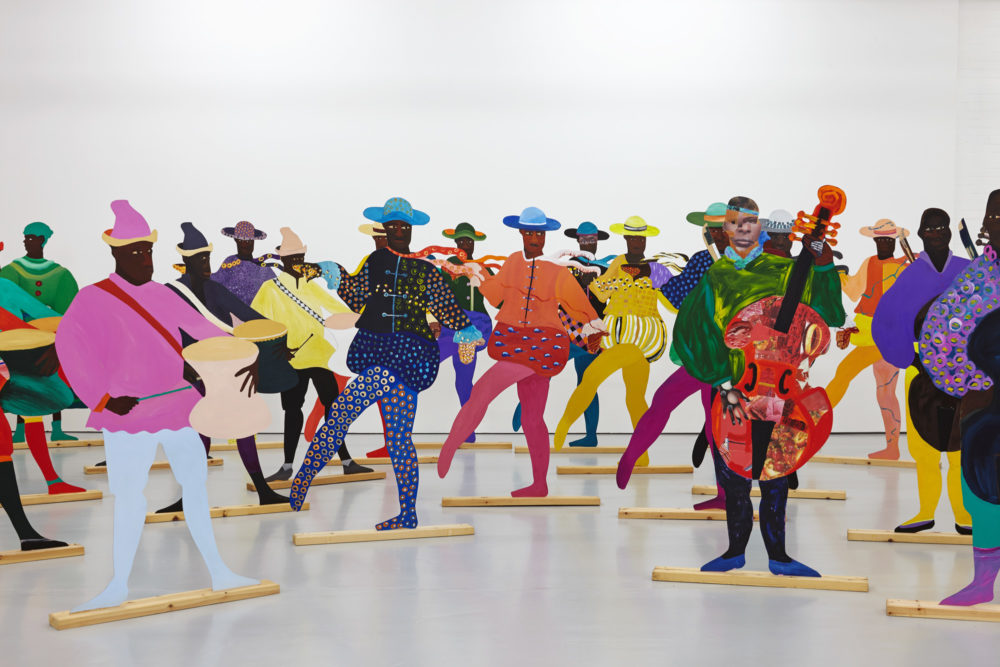 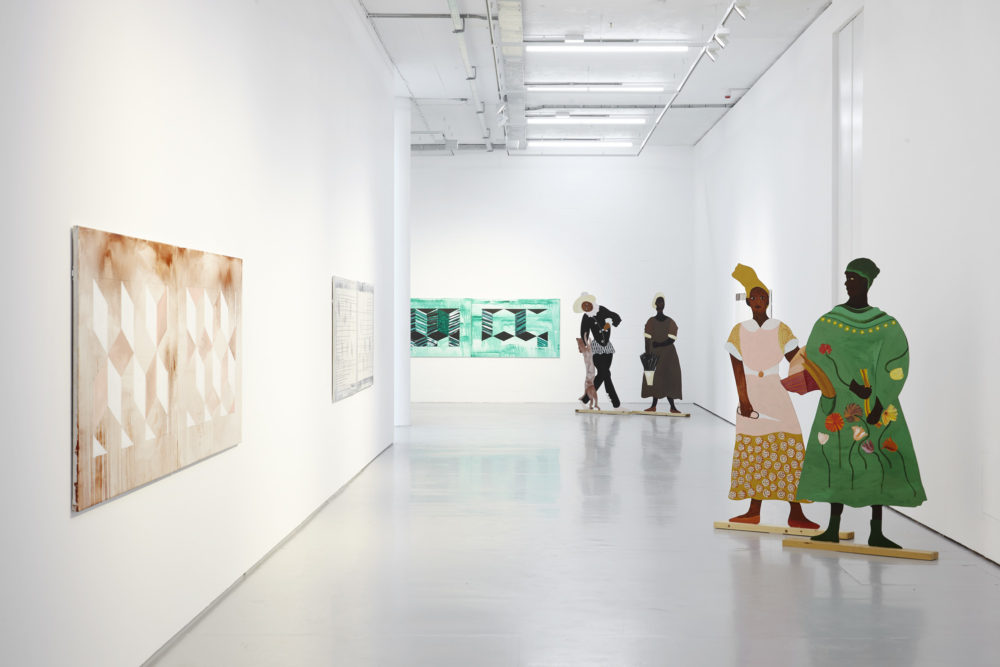 Himid is primarily known as a painter. Naming the Money (2004) is the largest installation to make use of her signature ‘cut-outs’ — paintings made on freestanding, shaped board allowing viewers to walk amongst them. These 100 cut-outs represent African slaves in the royal courts of eighteenth century Europe, put to work as ceramicists, herbalists, toy makers, dog trainers, viola da gamba players, drummers, dancers, shoemakers, map makers and painters. A soundtrack gives voice to the figures, speaking of their fluid identities, shifting between their original African names and trades and the new names and professions imposed upon them in Europe. Moving among them suggests the possibility of a conversation across time. The experience projected by Naming the Money is as much that of the migrant or émigré as the slave — people whose personal identities are undone and remade according to pressures exerted by global political and economic forces. 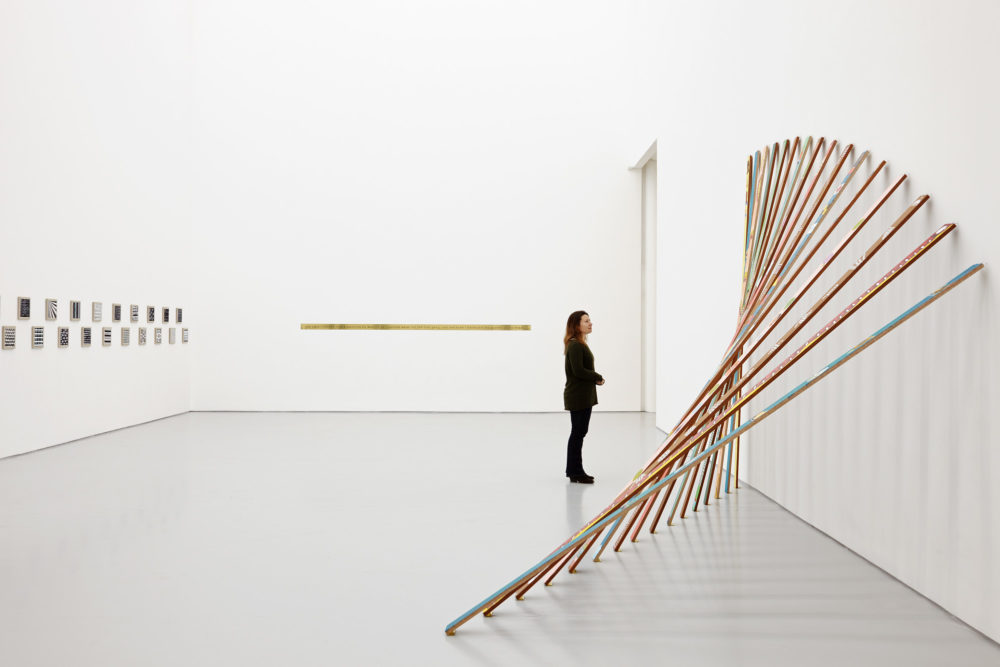 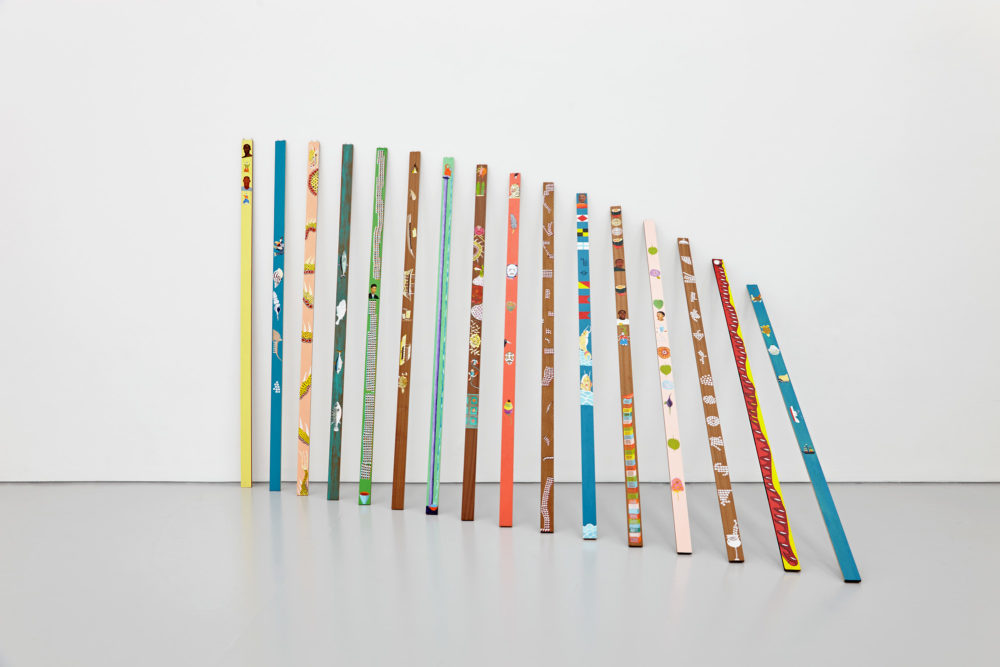 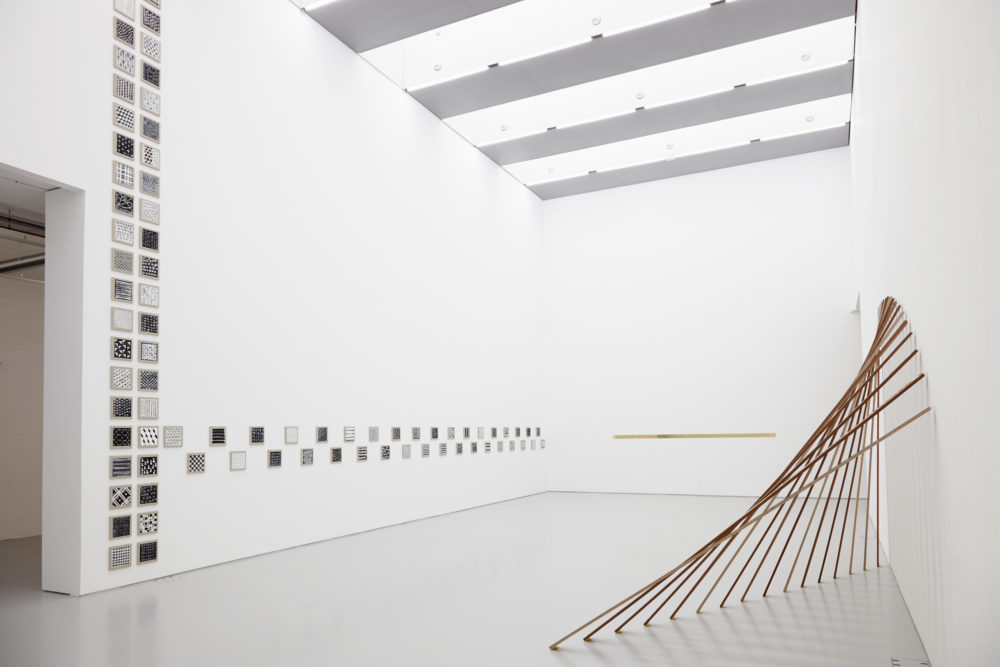 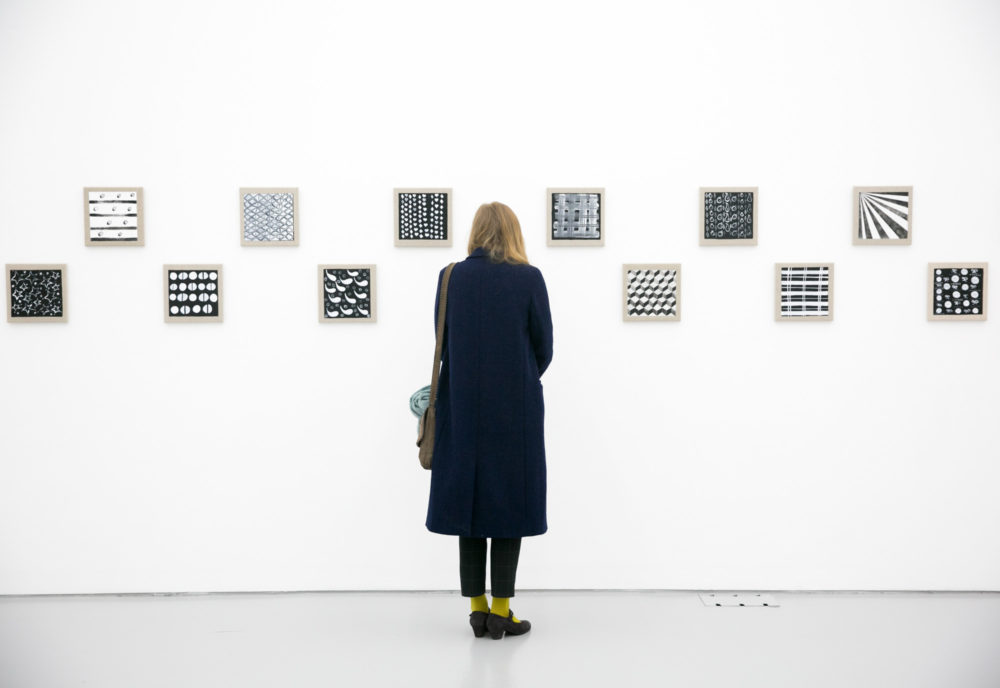 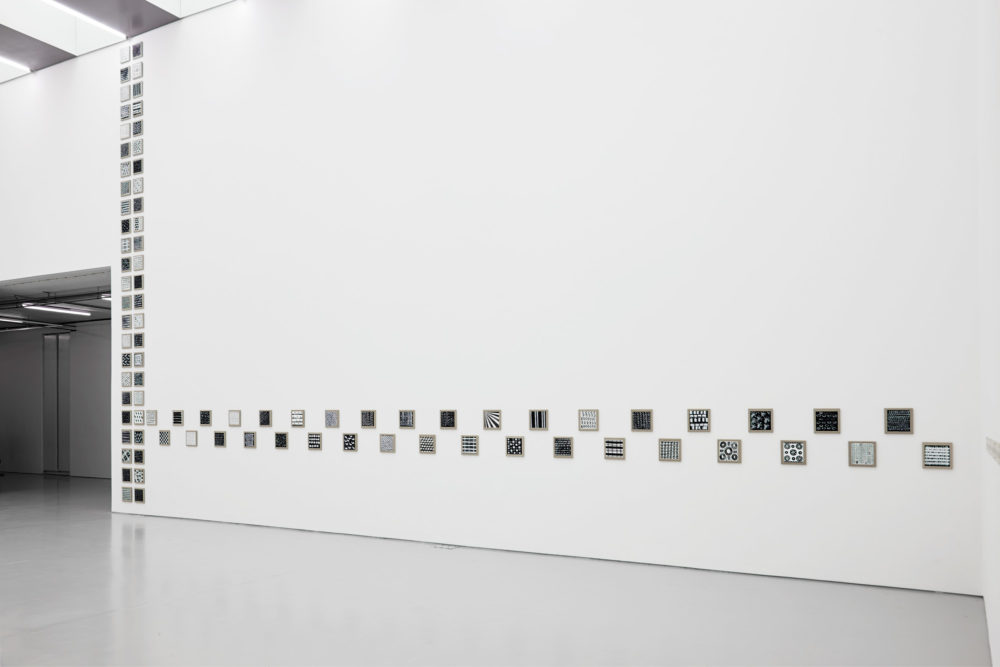 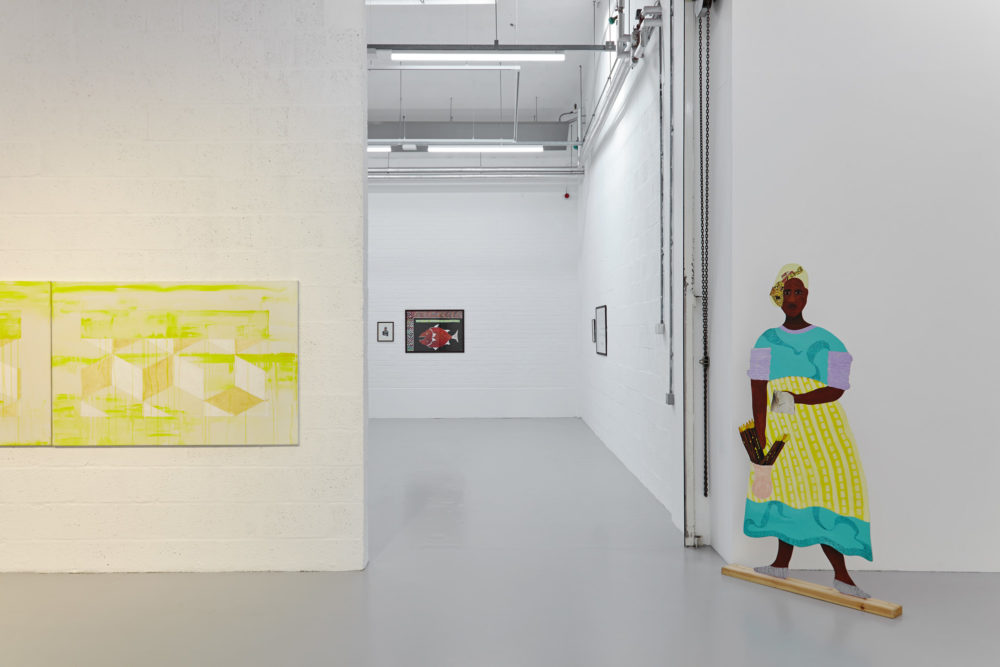 The contribution of diaspora to Western culture and economy is insisted upon throughout Himid’s work. Cotton.com (2002) derives from the defence of African slaves made by the workers of Lancashire’s cotton mills in the nineteenth century — a historic moment of solidarity between the British working class and their peers across the Atlantic. It was rarely acknowledged that the enforced labour of cotton pickers on the American plantations underpinned the economic successes of the Industrial Revolution in Britain, a fact that became evident as the American Civil War led to cotton shortages here. A series of 85 small-scale paintings and an accompanying text reenacts this conversation between workers on two continents. 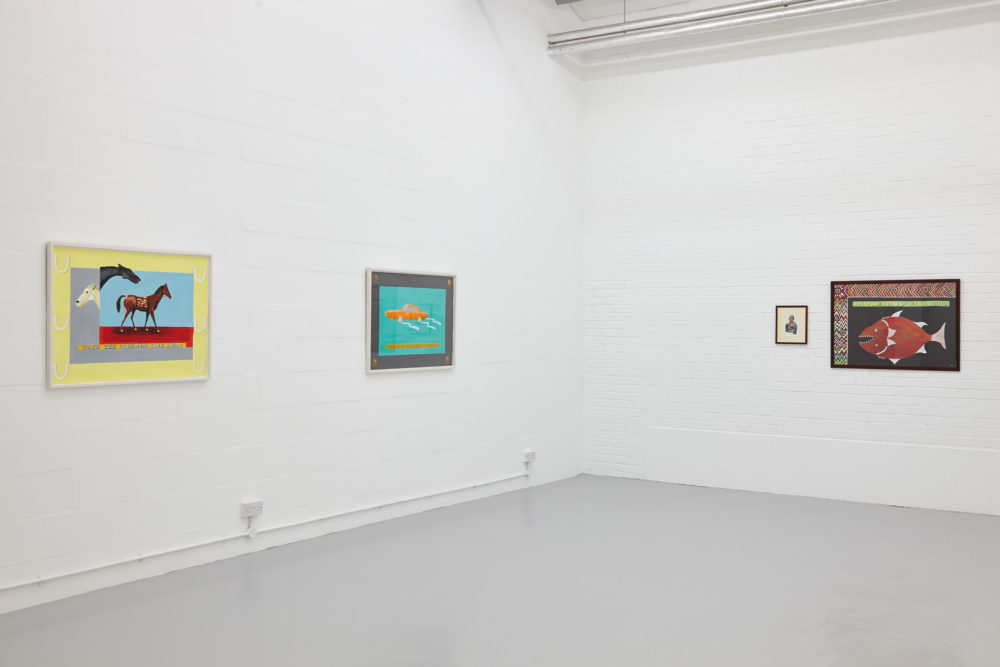 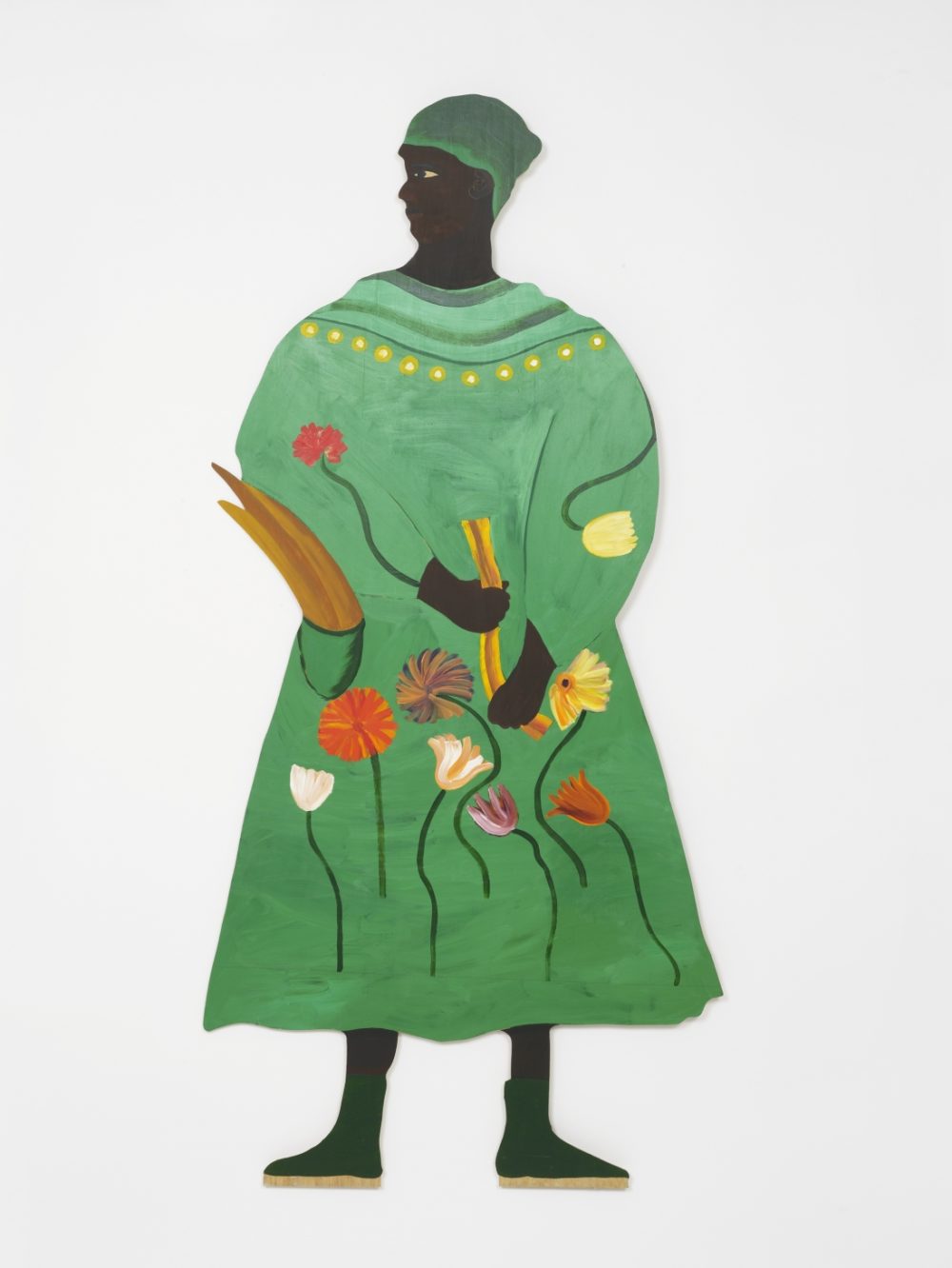 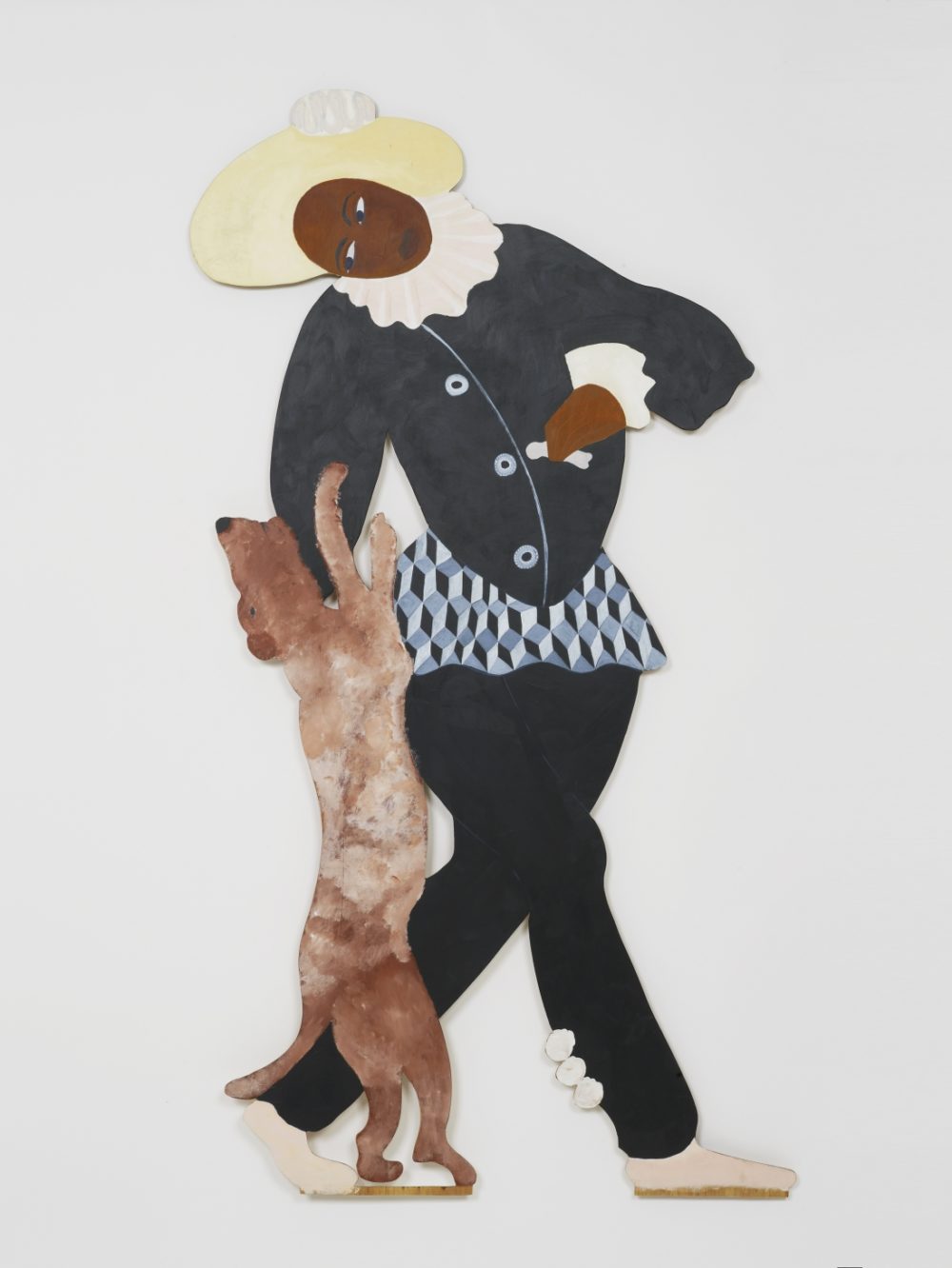 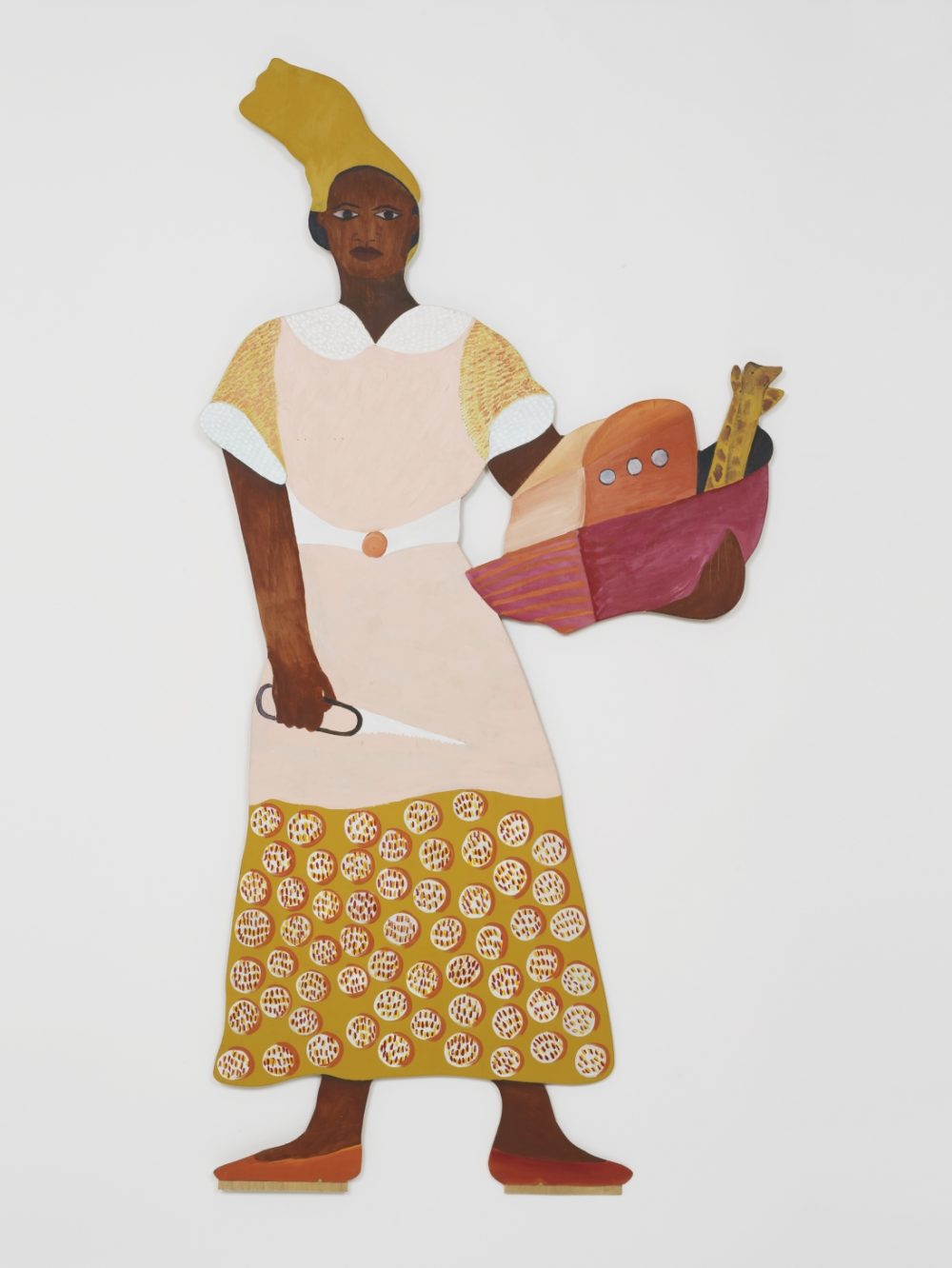 “‘The point I am often exploring vis-à-vis the black experience is that of being so very visible and different in the White Western everyday yet so invisible and disregarded in the cultural, historical, political or economic record or history.’ ” – Lubaina Himid 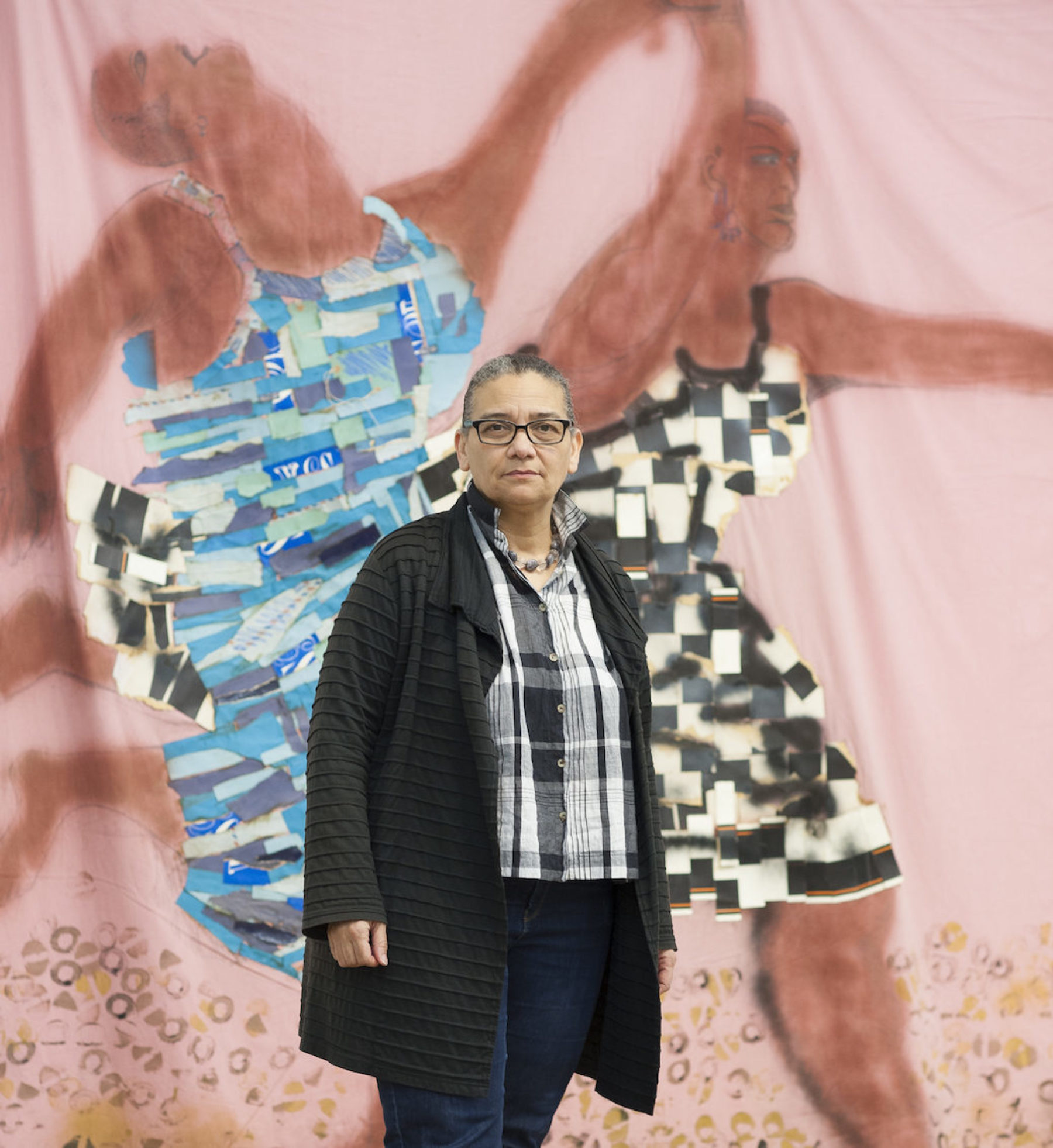 Lubaina Himid is the 2017 Turner Prize winner and Professor of Contemporary Art at the University of Central Lancashire. During the past 30 years she has exhibited widely, both in Britain and Internationally, with solo exhibitions that include Spike Island, Modern Art Oxford, Tate St Ives, Transmission Glasgow, Chisenhale London, Peg Alston New York and St Jorgens Museum in Bergen, Himid represented Britain at the 5th Havana Biennale and has shown work at the Studio Museum in New York, Track 17 in Los Angeles, the Fine Art Academy in Vienna and the Grazer Kunstverein. 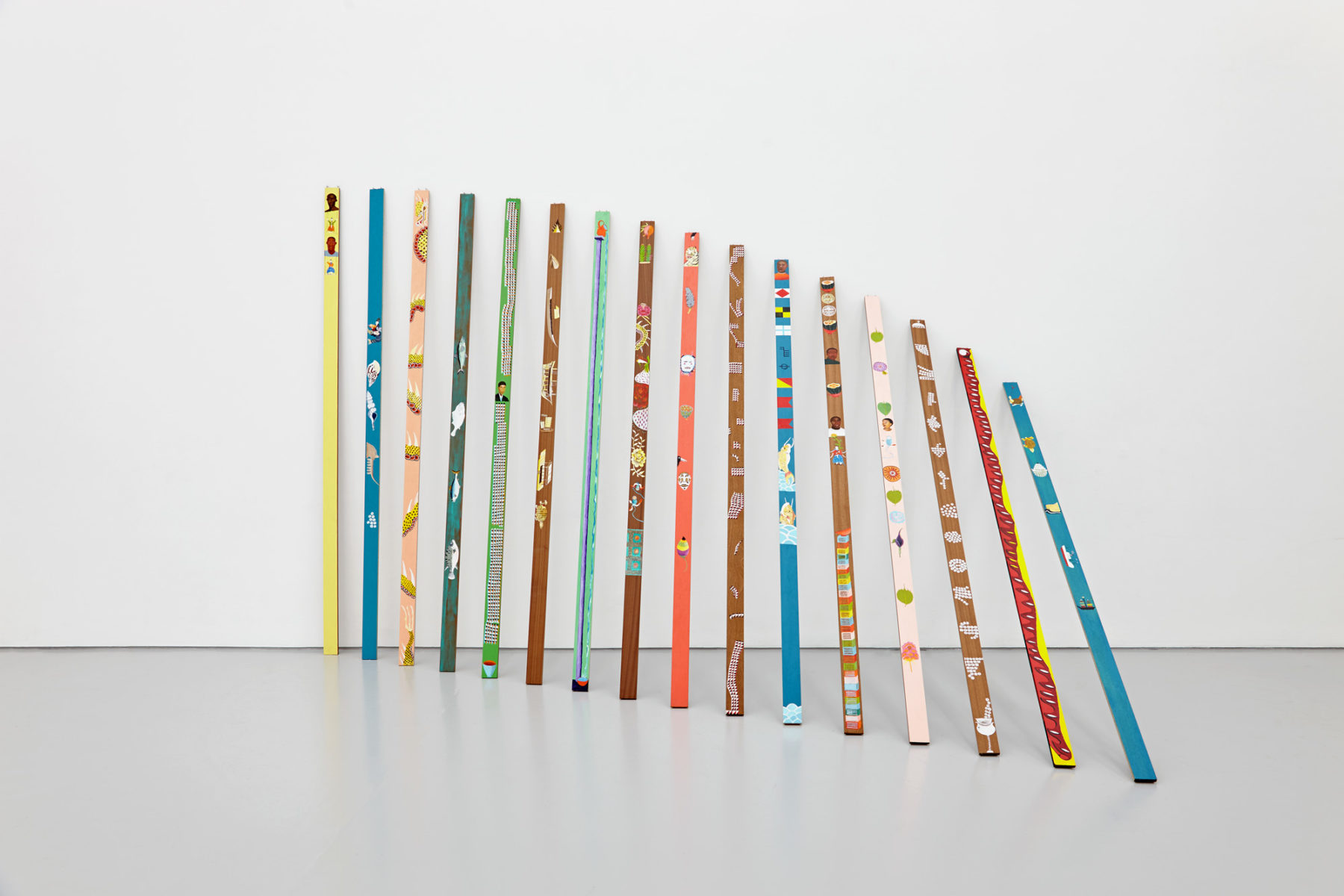 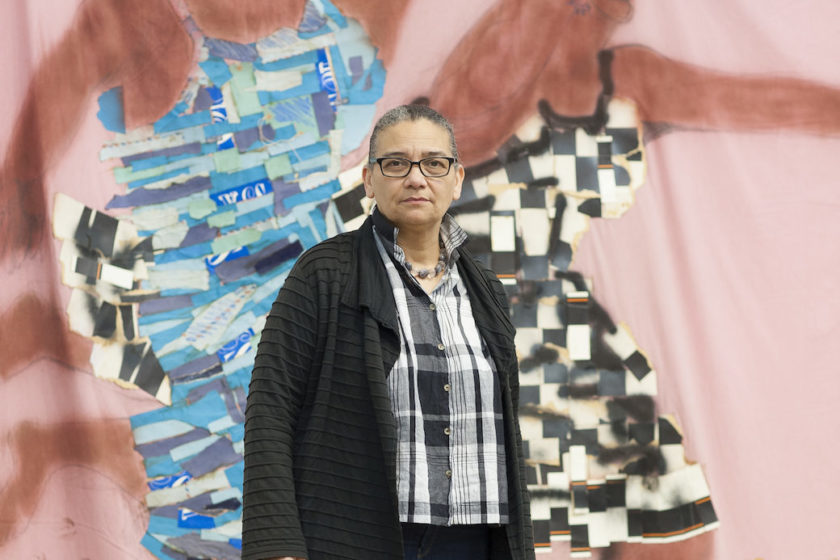