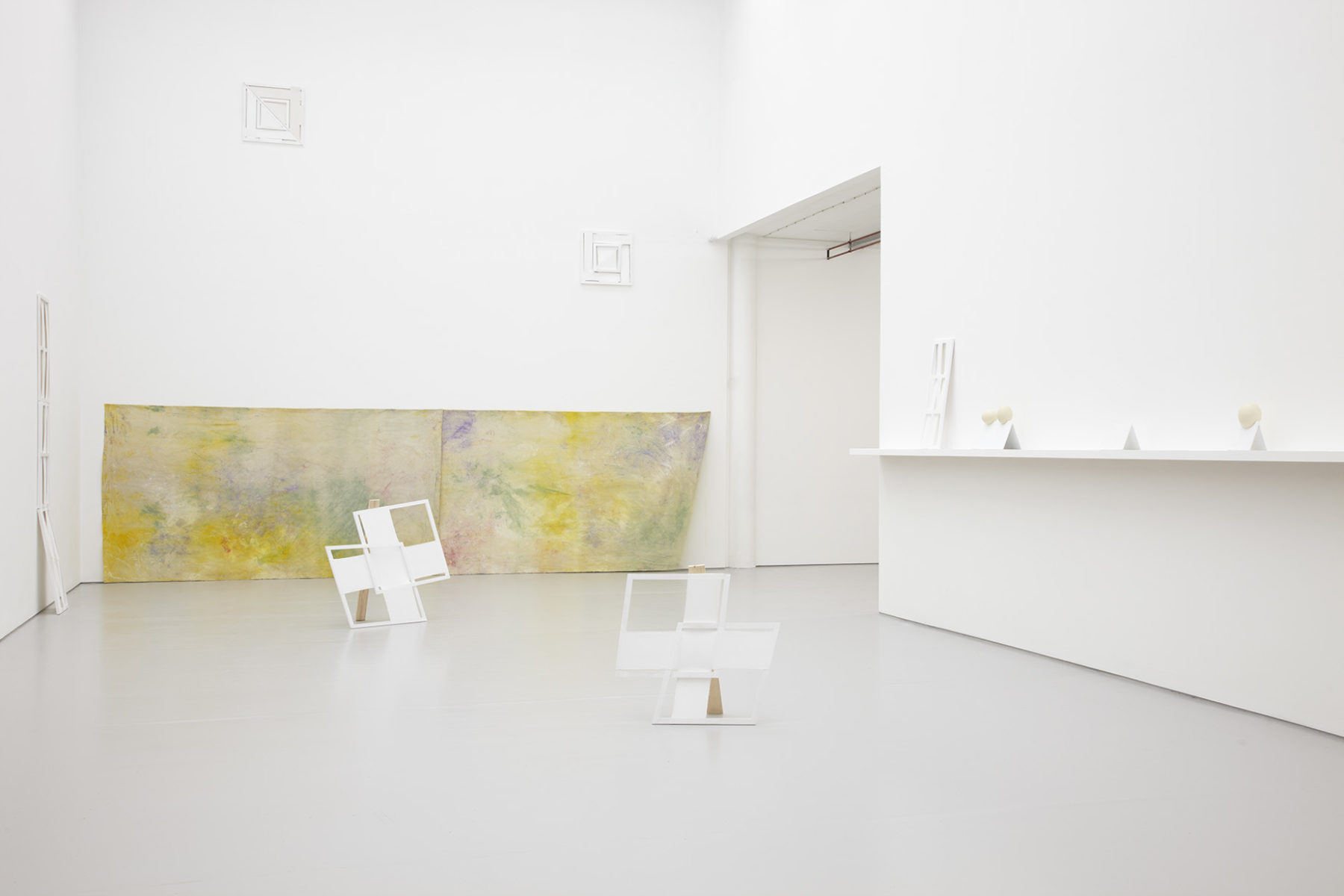 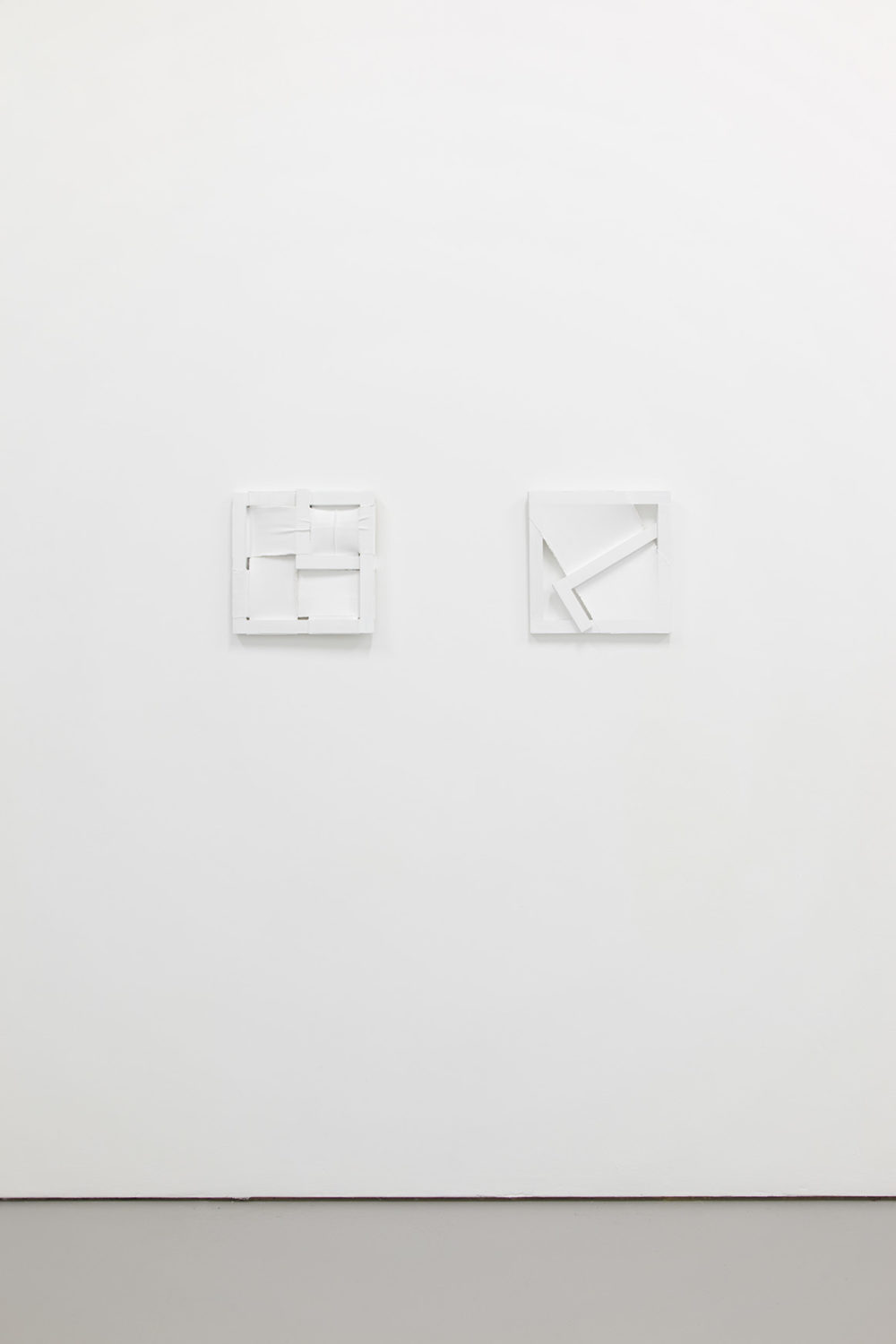 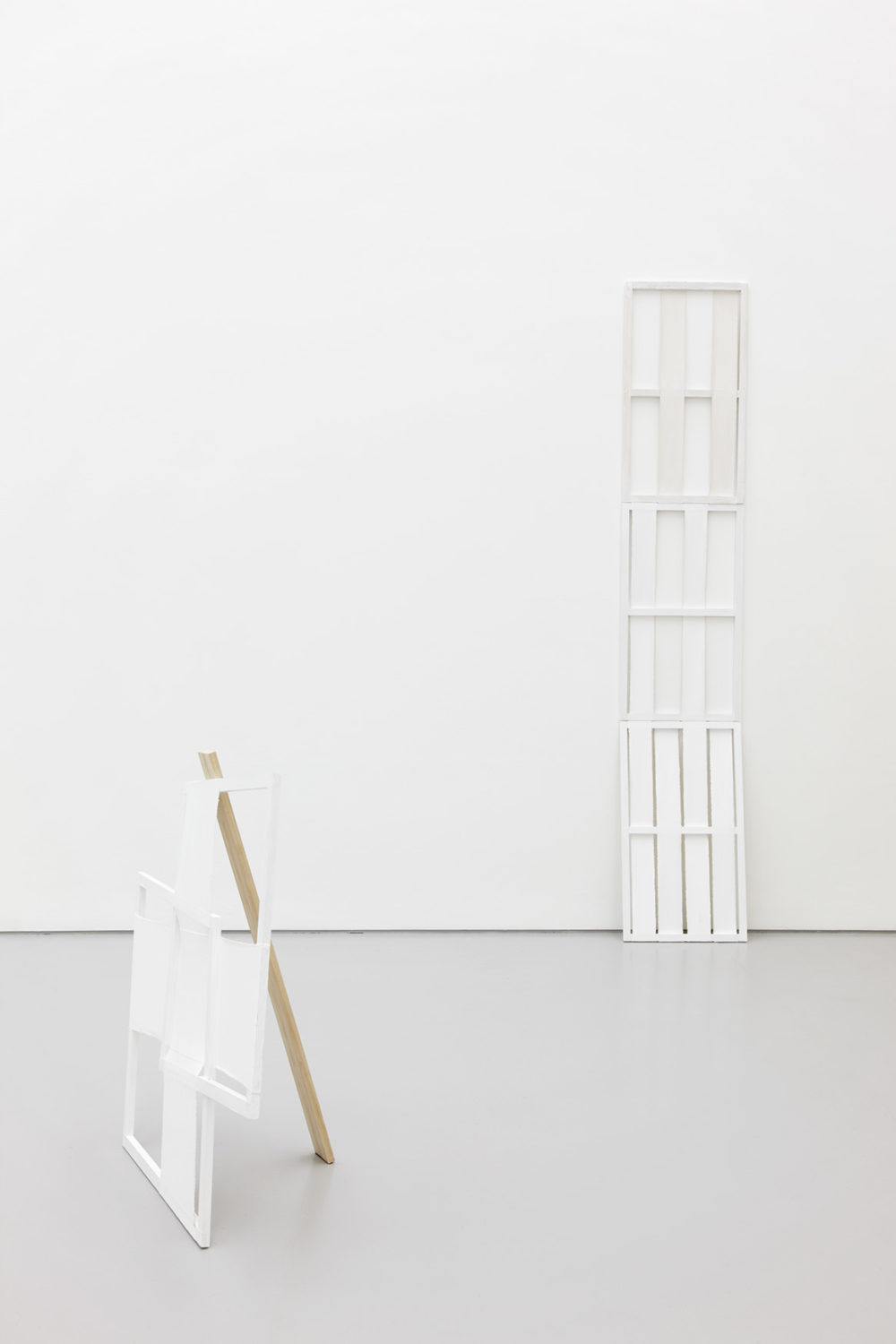 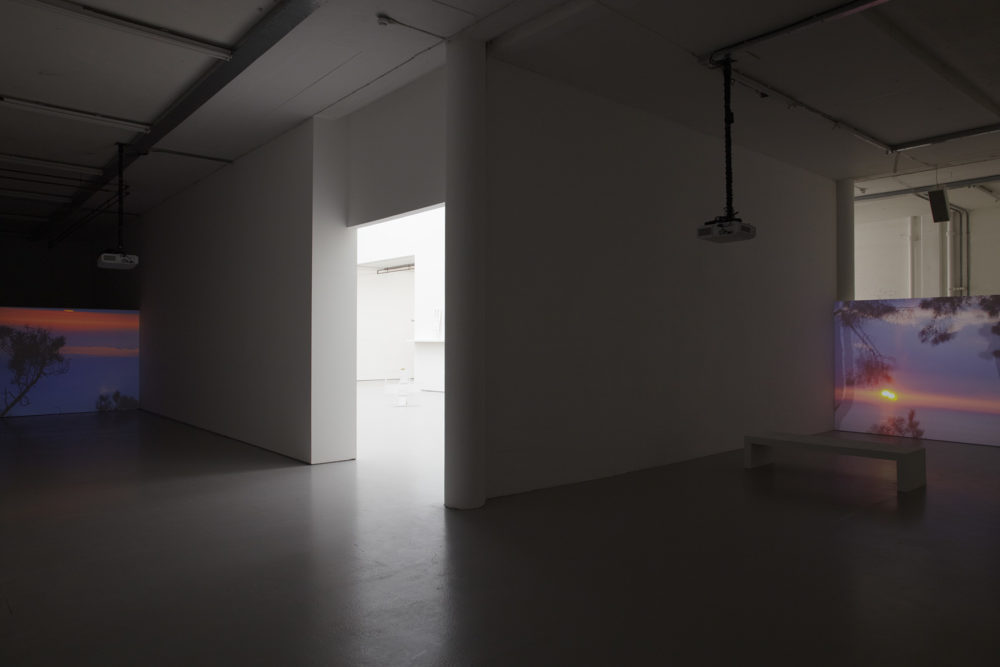 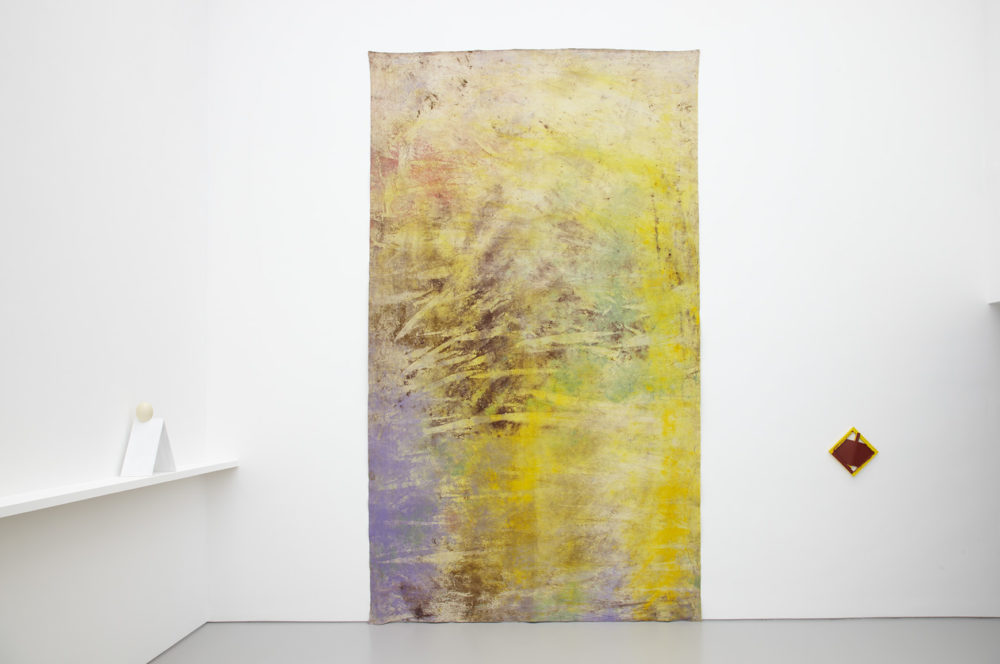 The title of the exhibition translates as ‘from the egg’, a reference to new beginnings or origins, which are recurrent themes in the artist’s practice. Warboys’ works are often poised on the verge of being something else, and readings of them are subtly shifted by the context in which they are placed and their relationships to other pieces. Canvases and objects reappear as props in subsequent films and performances, while form and colour are repeated to symbolic affect. 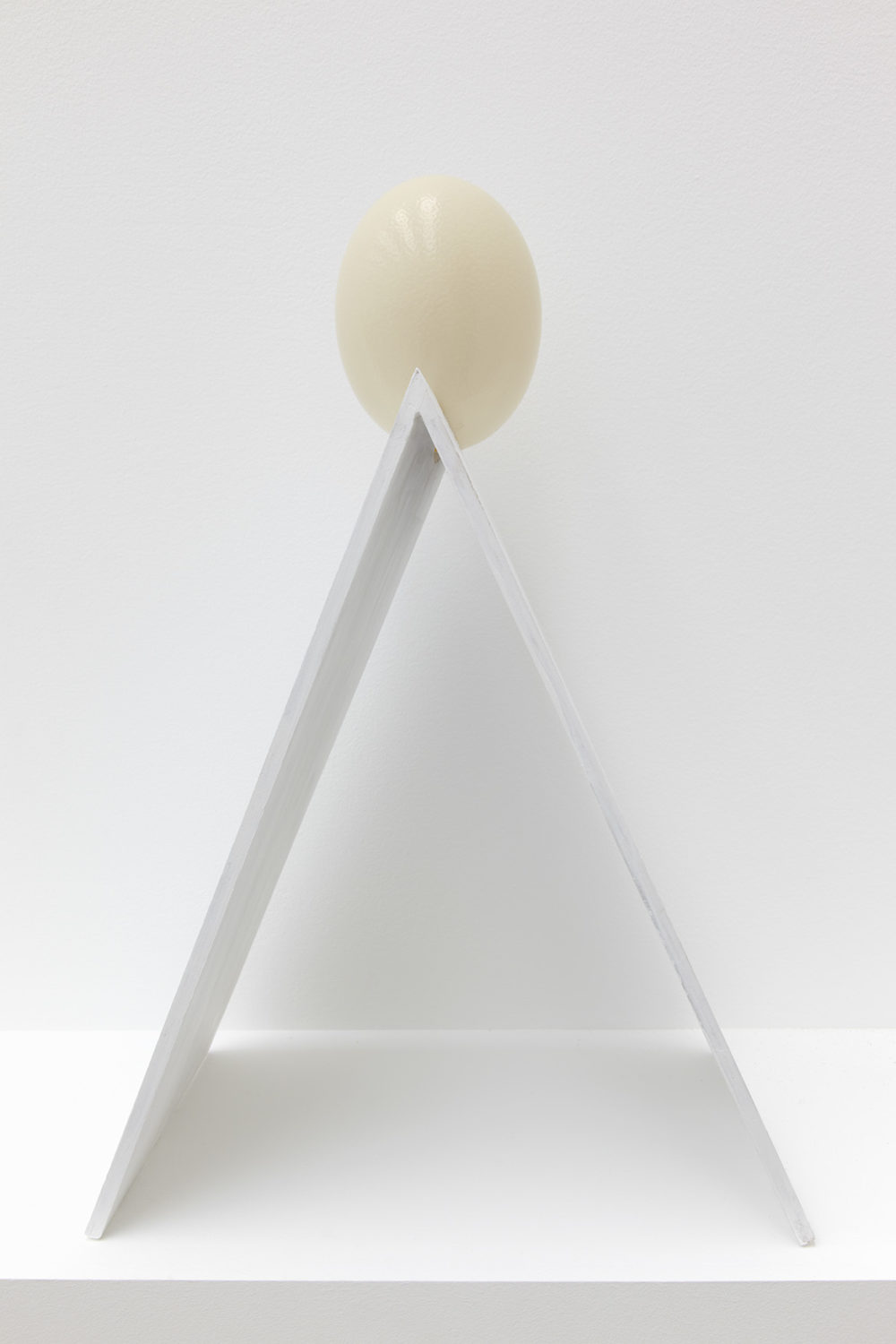 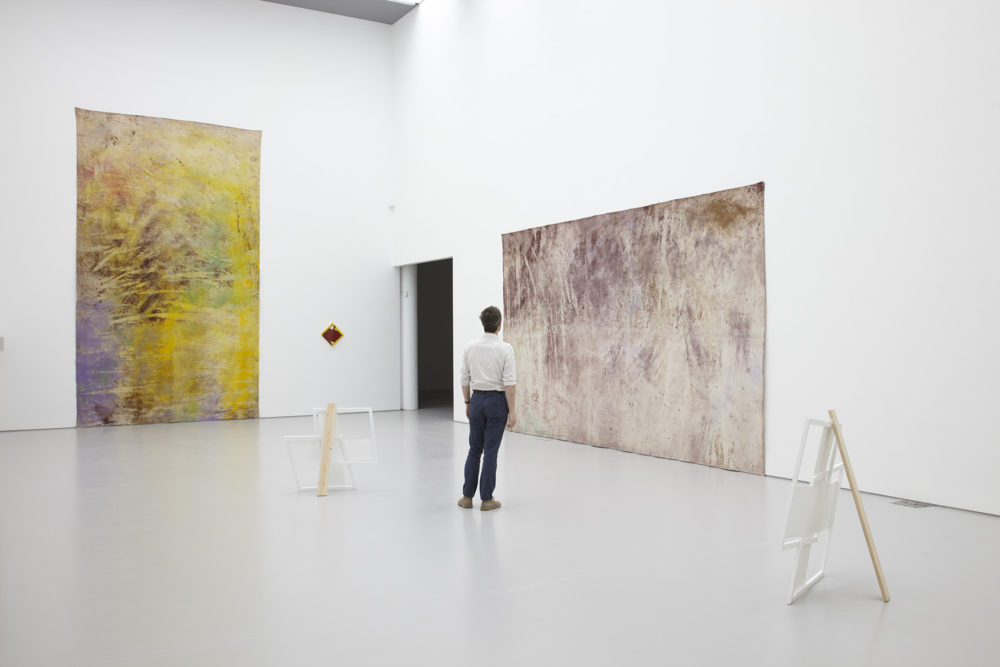 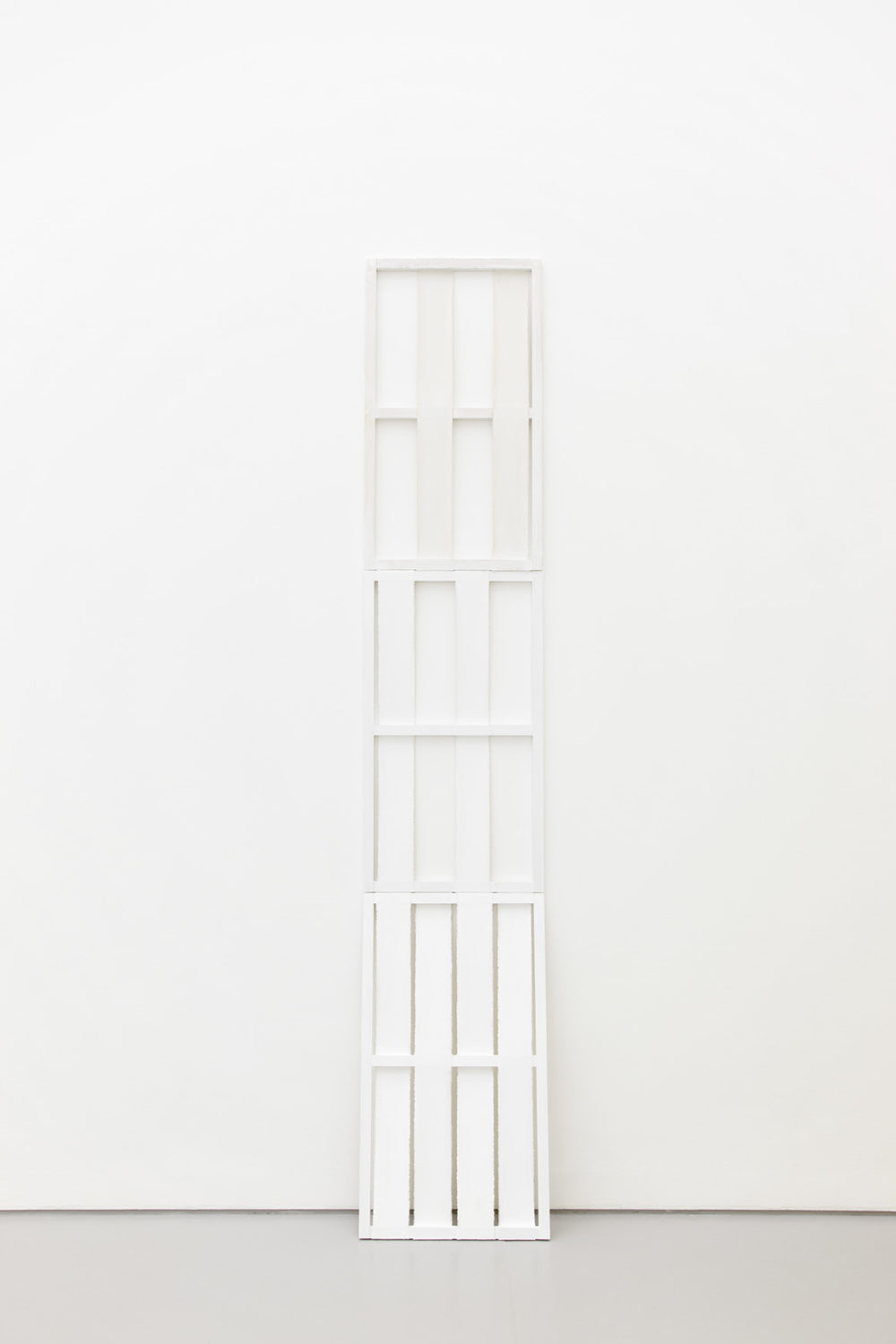 At Spike Island the artist presented a series of sculptural paintings she began in 2009 with Ladder Ladder, a repainting and retitling of a found artwork from 1977. The artist developed further works from this starting point, each a reflection or variation on the one preceding it, while remaining faithful to the formal qualities of the original. Abstract, geometric, stretched and unstretched, all fifteen paintings produced to date were included in the exhibition.

In contrast to the structured Ladder Ladder group, the large scale Sea Painting, Dunwich (2013) part of an ongoing series, was made by throwing mineral pigments directly onto a canvas that was submerged in waves at the seashore and then dragged along the sand. The process is a physical one and is strongly related to performance, a discipline Warboys sees as central to her practice.

Time and landscape, literally embedded in the Sea Paintings, are invoked visually in her films. Ab Ovo (1) (2013) and Ab Ovo (2) (2013) are autonomous films with distinct and intermittent soundtracks, yet operate here as a diptych. Each presents ancient landscapes — standing stones or sandy beaches — as the backdrop for the animation of idiosyncratic yet familiar objects. The use of such emblematic landmasses, or the egg referred to by the Latin title, brings prehistory into dialogue with modernist abstraction.

Weaving has been used as a metaphor for Warboys’ practice: throughout her work, themes and motifs are threaded together, building a structure of visual echoes. This operates very much in the way that words might in a poem, intensifying images to create a rhythmic, temporal experience.

Jessica Warboys (1977) was born in Wales and works between London and Paris. She received a Master of Fine Art from Slade School of Art in 2004 and a BA(Hons) from Falmouth College of Arts in 2001. 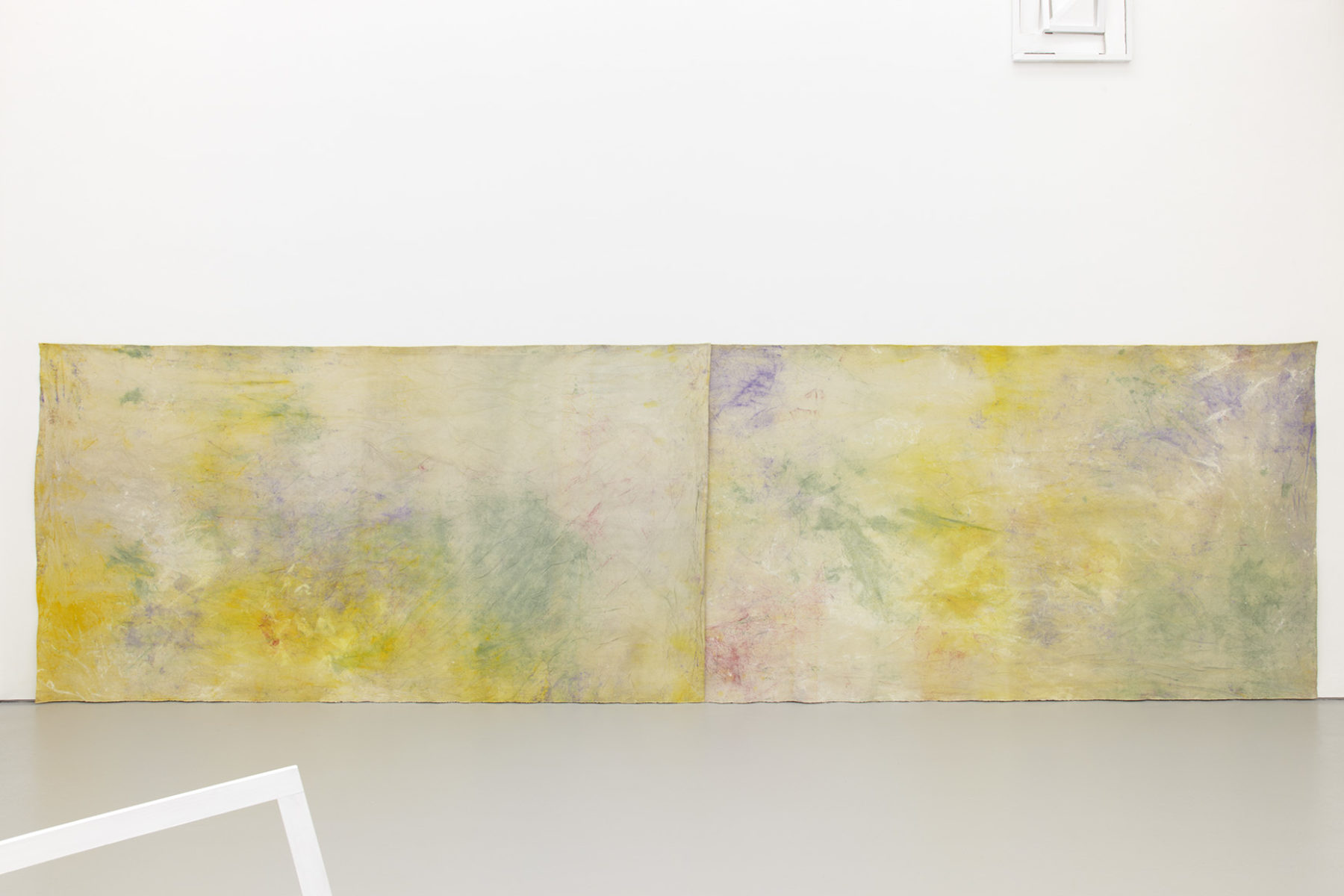