In Here Stands It

In Here Stands It 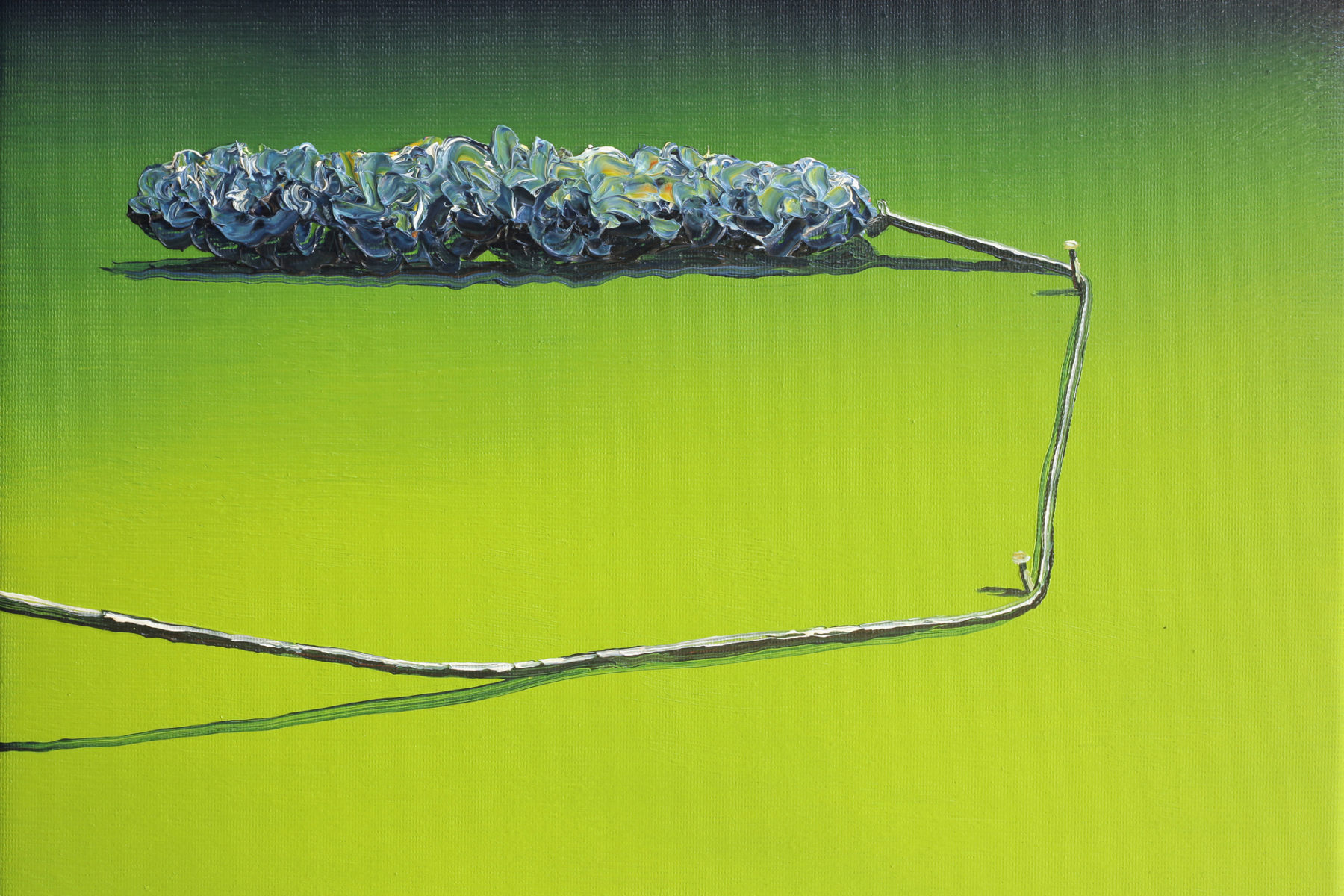 A sausage, a blocky figurine,  a globe, a vase of flowers: in Ivan Seal’s compositions meaning and references hover just beyond grasp, perhaps documenting a shadow world in which the familiar is made tantalisingly strange.

Ostensibly working within the tradition of the still life, Seal’s small-scale paintings complicate orthodox depictions of the inanimate objects with which we surround ourselves. His body of work constitutes a lexicon of sorts, a vocabulary of matter brought to life. At Spike Island, the paintings were shown alongside computer-generated sound works, whose structure and rhythm are akin to the flow of canvases on the gallery wall. 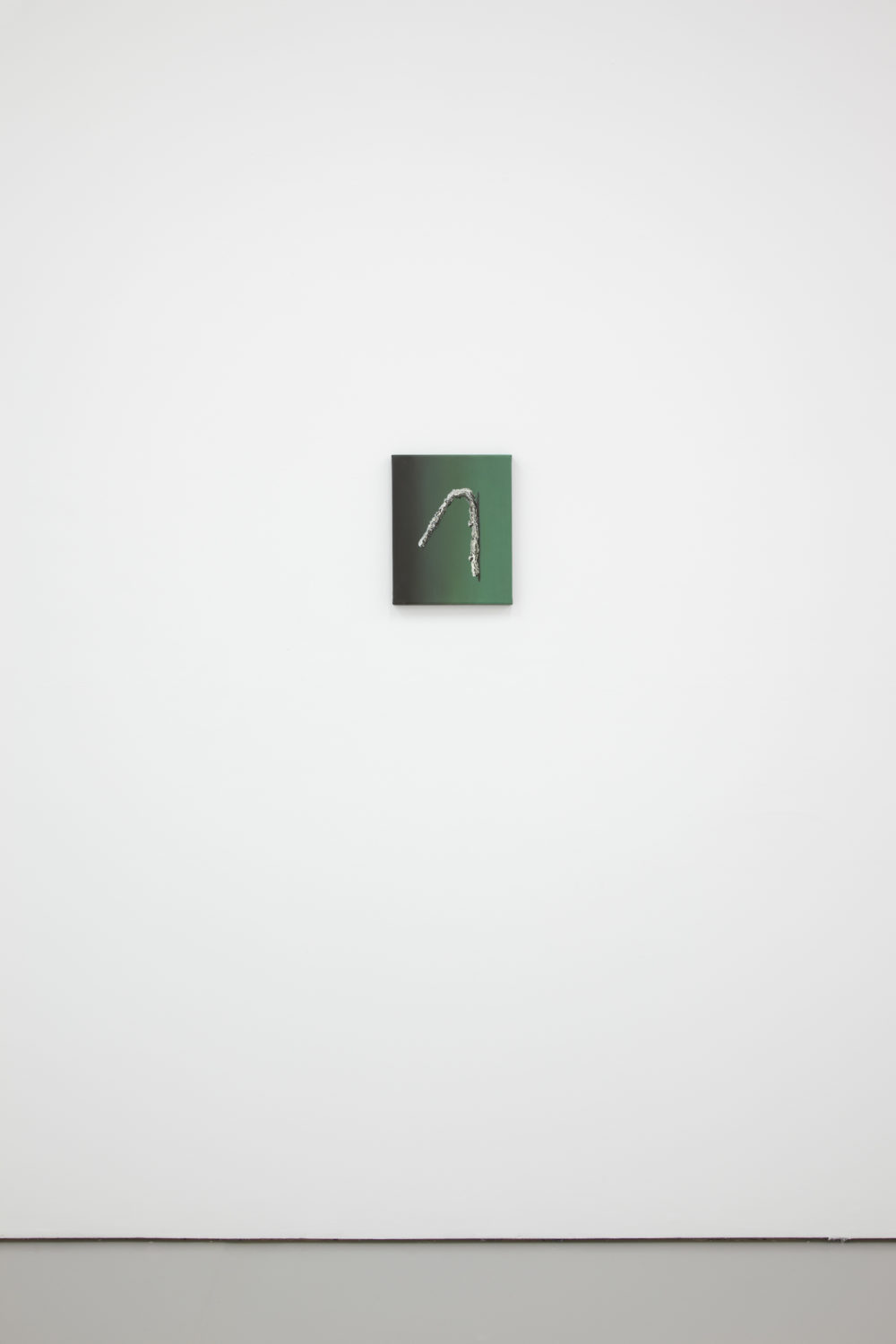 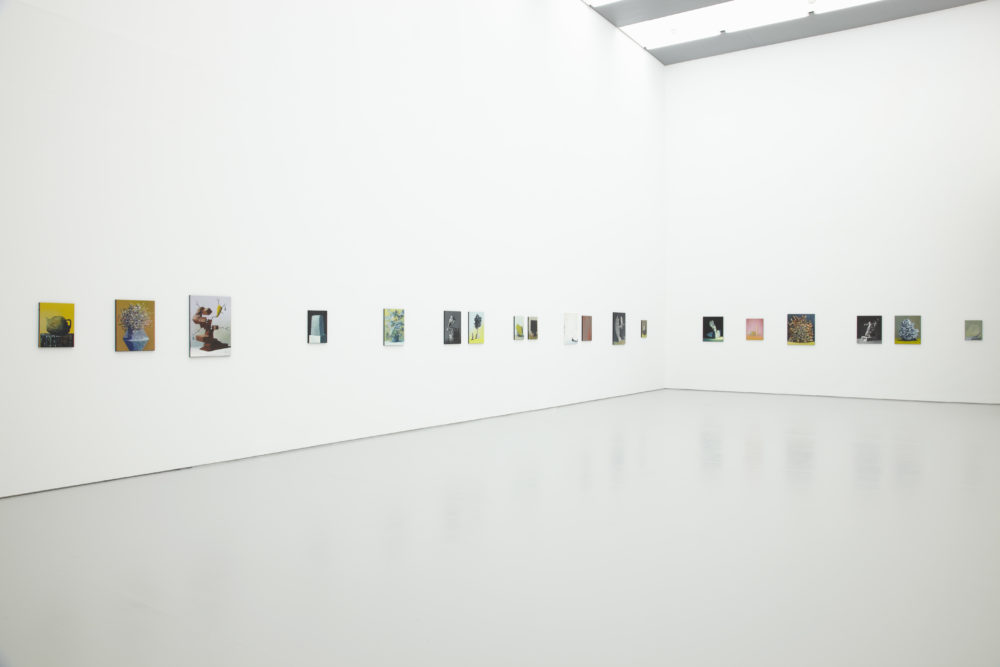 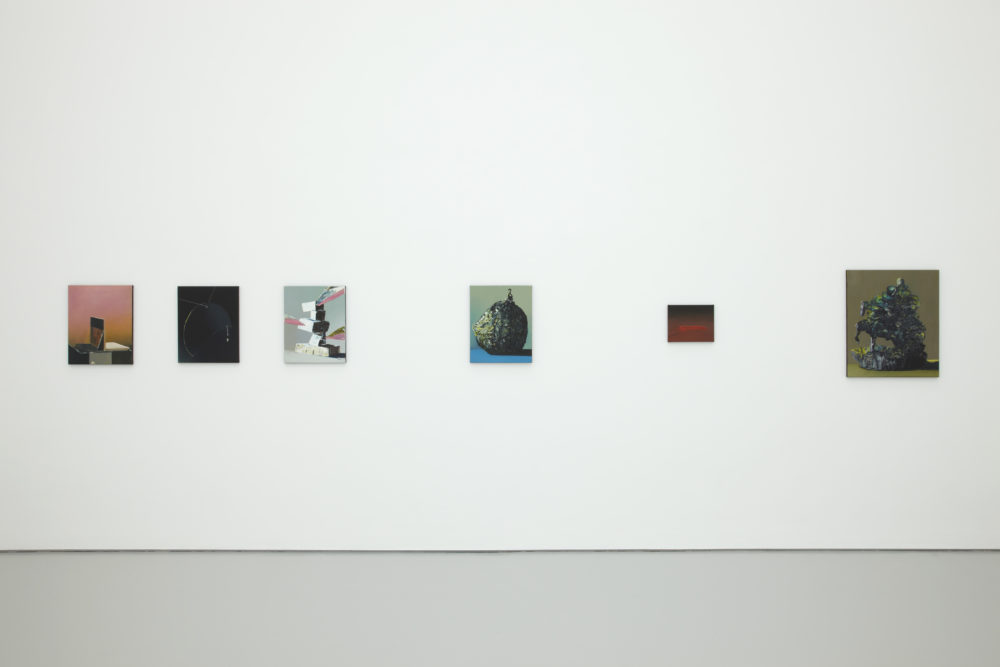 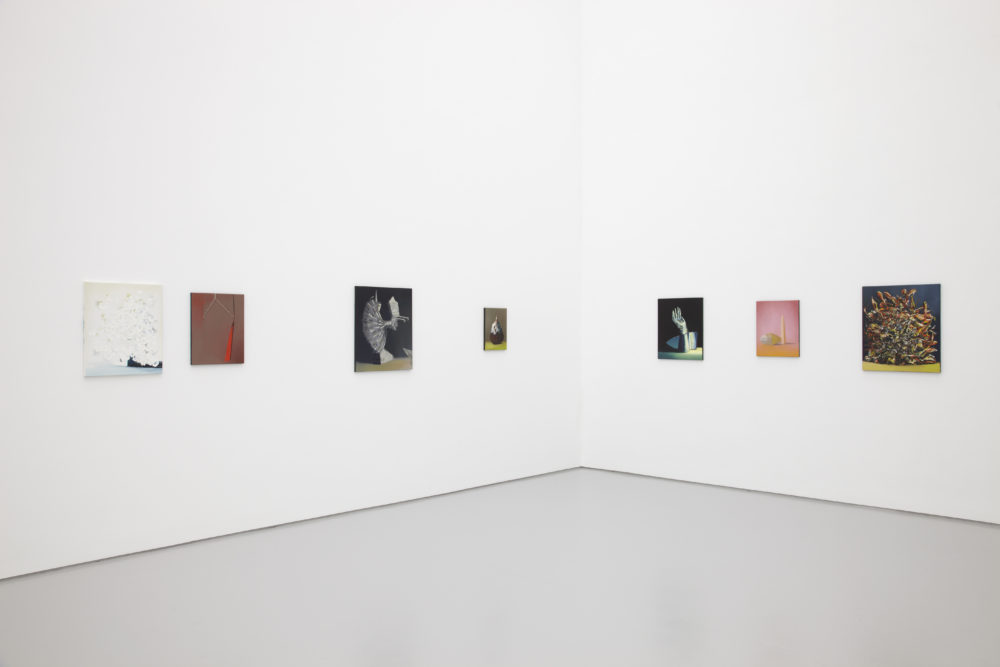 Seal’s subjects sit in shallow, ambiguous spaces often demarcated only by a gradual shift in colour or shade, or a simple horizon line. These settings often share their colouration with the objects they contain, suggesting a non-natural light source, while in others the objects clash dramatically with their lurid backdrops. Though recognisably of this world, Seal’s subjects are painted quickly from memory, and as such represent less the depicted object and more the unstable, psychologically-inflected territory within our minds.

Sculptural qualities, such as weight and gravity, are undermined by the ambiguity of the space and the materiality of the paint itself, which shifts in successive works from thickly layered crusts to thin washes of colour. Much of the pleasure of this work derives from the physicality of the paint on the surface and the sense this carries of the work’s rapid execution.

Seal is deliberately open-ended in his interpretation, playing games that create space for chance and unpredictability to creep in. For example, his titles are made by computer programmes that spit out randomly generated words such asimal, smodmitlyter, or blatlangopslergotrirm. Taken together, these dark, frequently comic images and strange sounds spark associations and narratives that are very much up to the viewer to unfold.

In Here Stands It featured over 50 paintings and was Seal’s first large-scale solo exhibition in a public institution.

Ivan Seal (1973) was born in Manchester and now lives and works in Berlin. Solo exhibitions include Ivan Seal at Carl Freedman Gallery, London (2011), the object hurts the space at RaebervonStenglin in Zurich (2011), True as applied to you; false as applied to you at Krome Gallery, Berlin (2011), I Learn by Osmosis at CEAAC, Strasbourg (2010) and Two Rooms For A Fall in Berlin (2009). 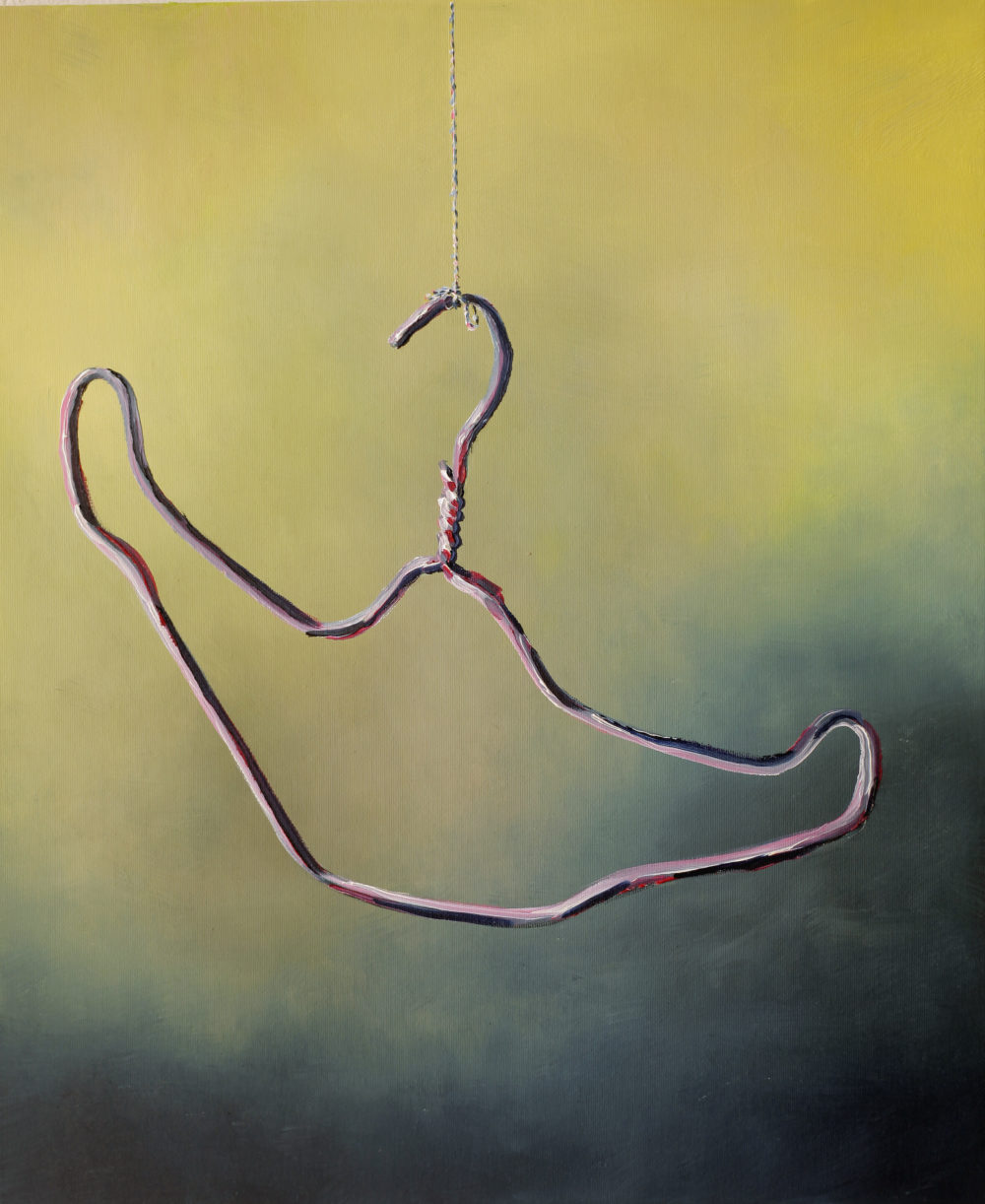 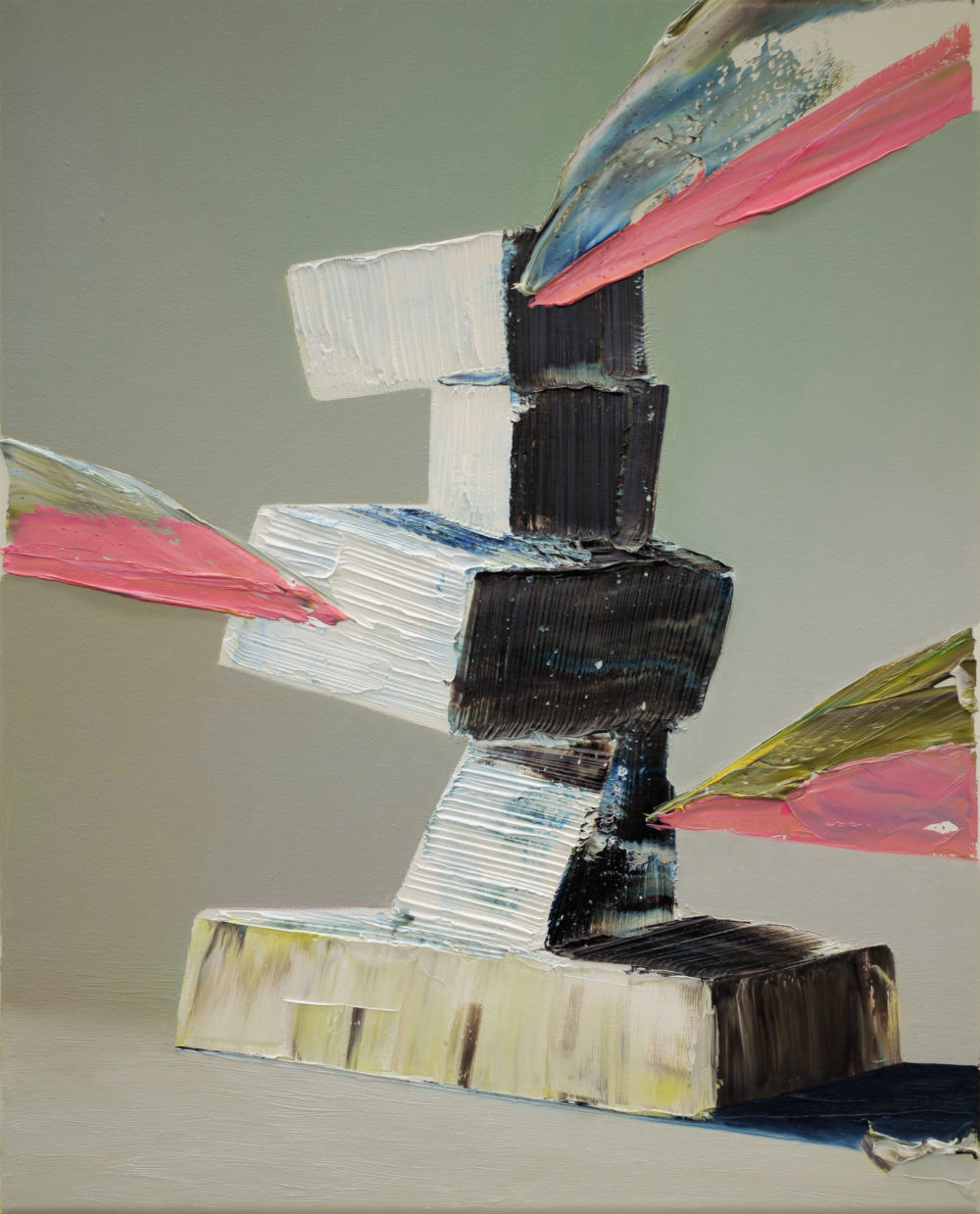 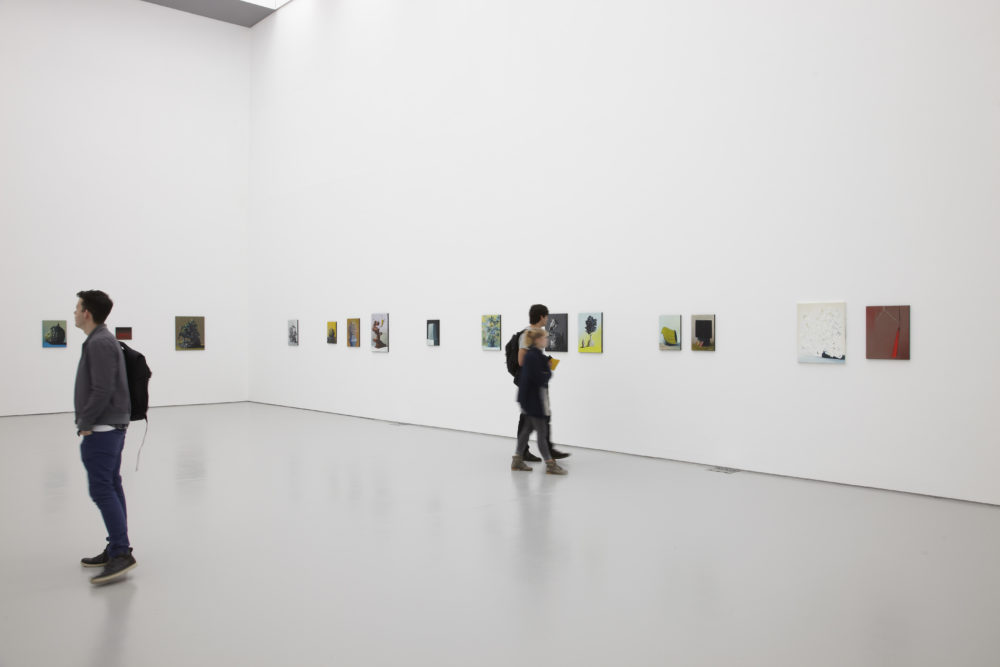 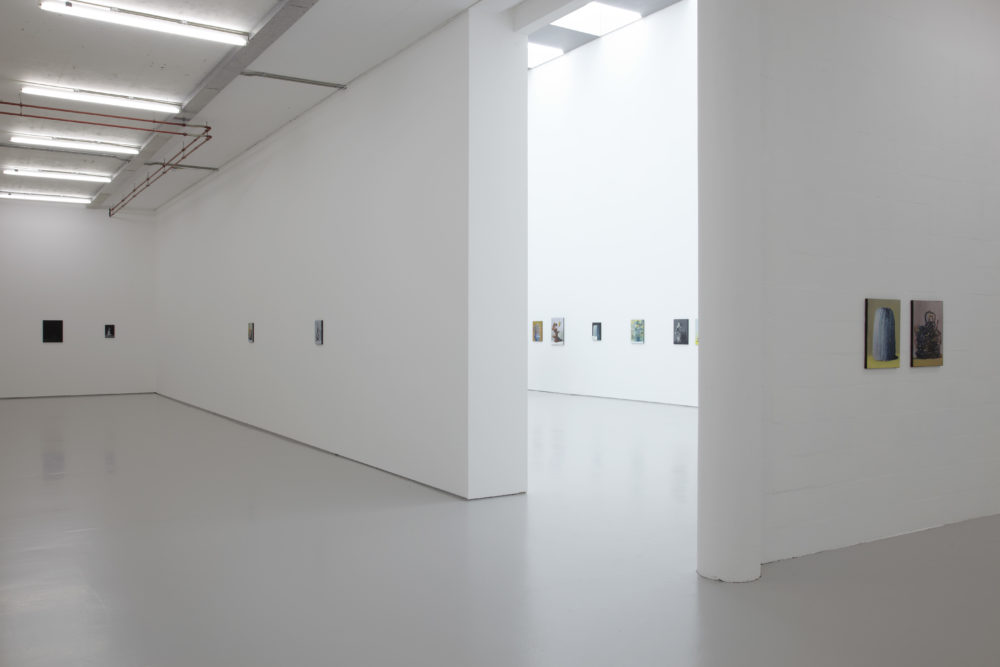 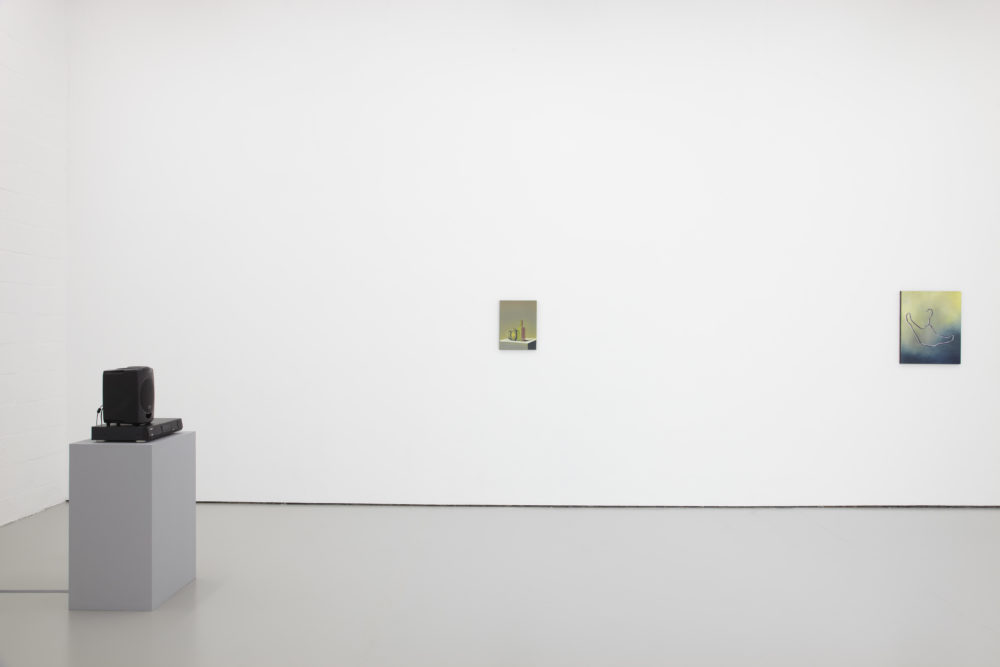 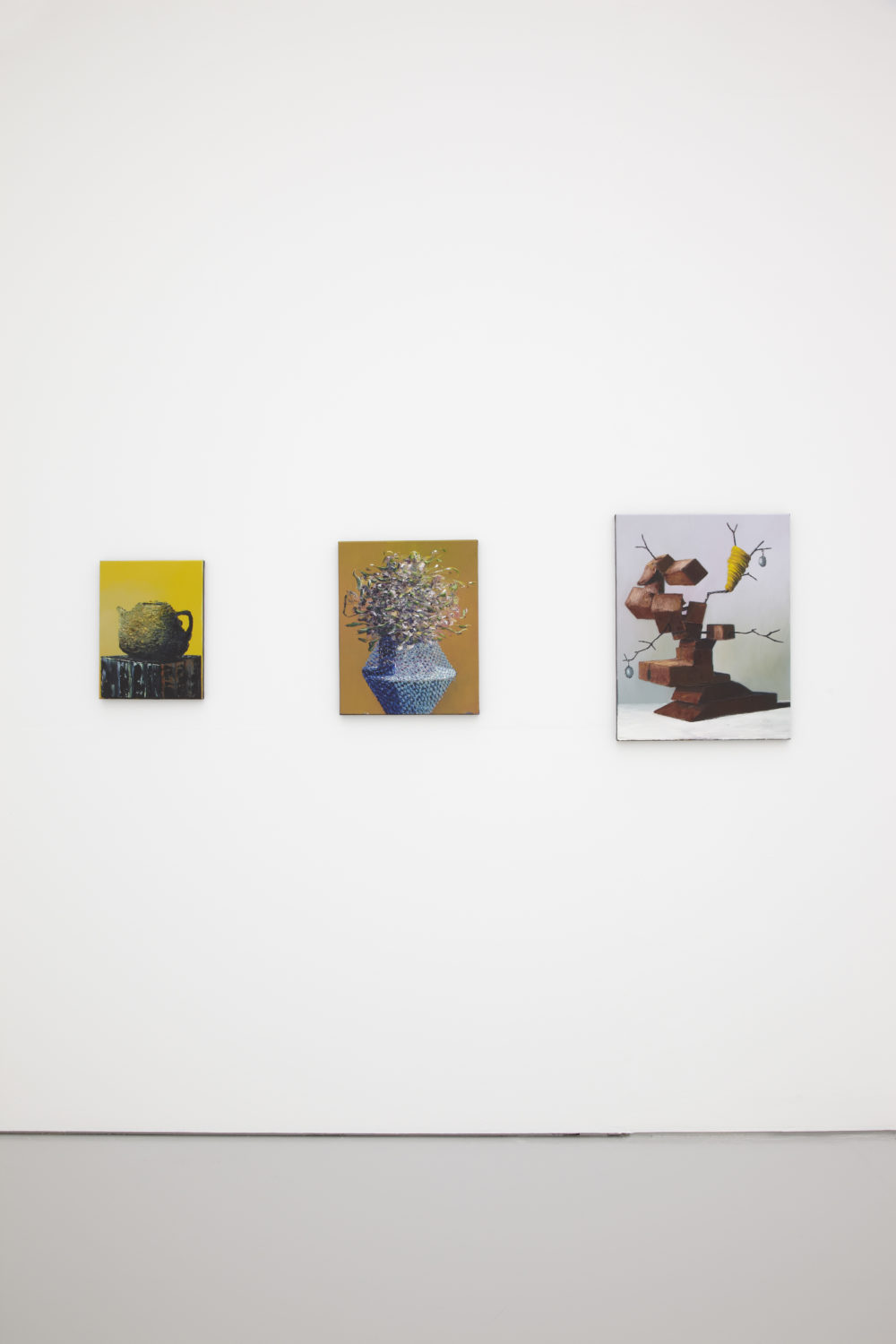 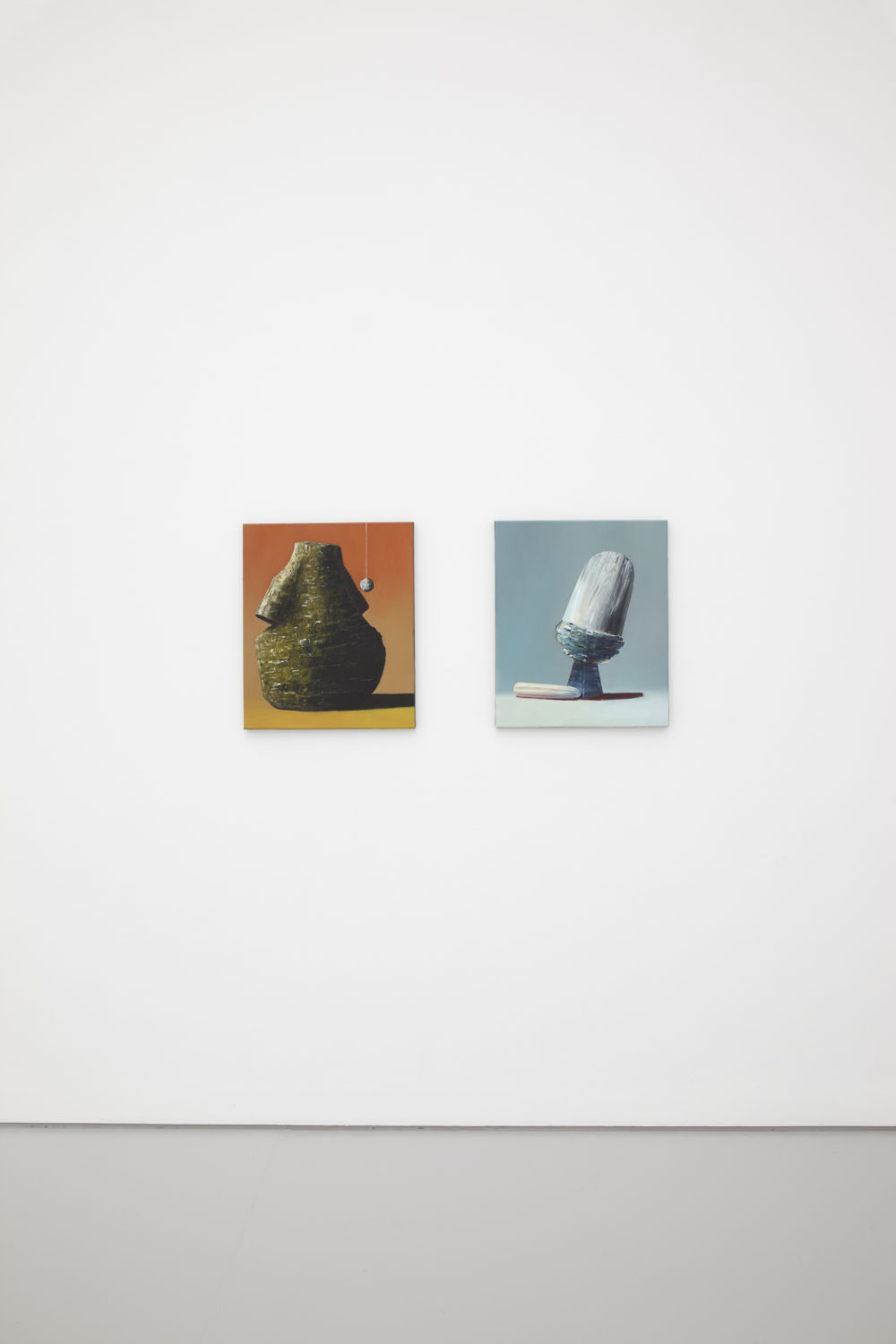 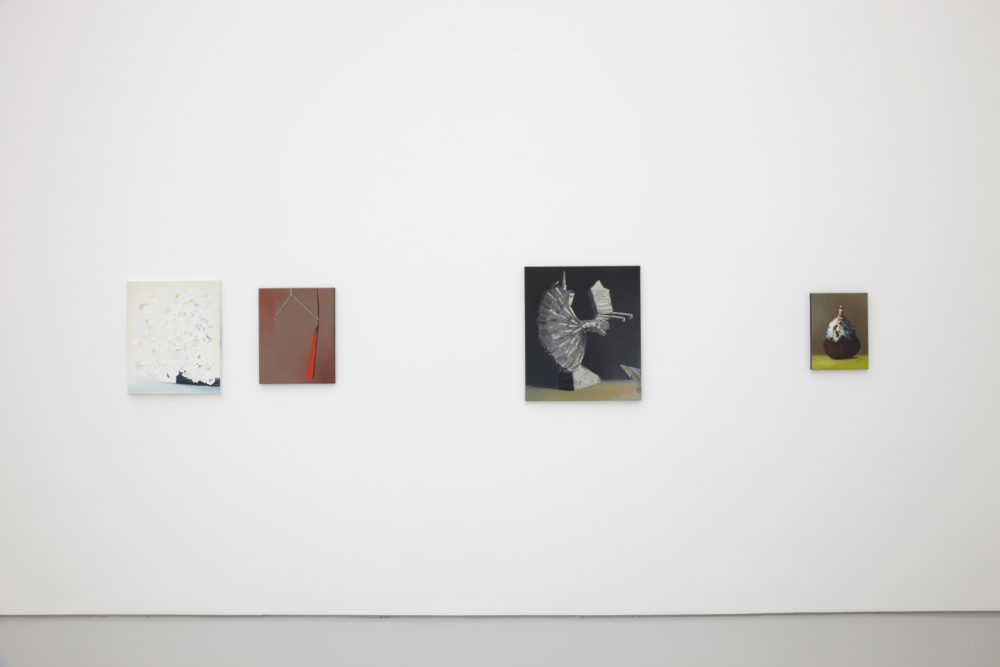 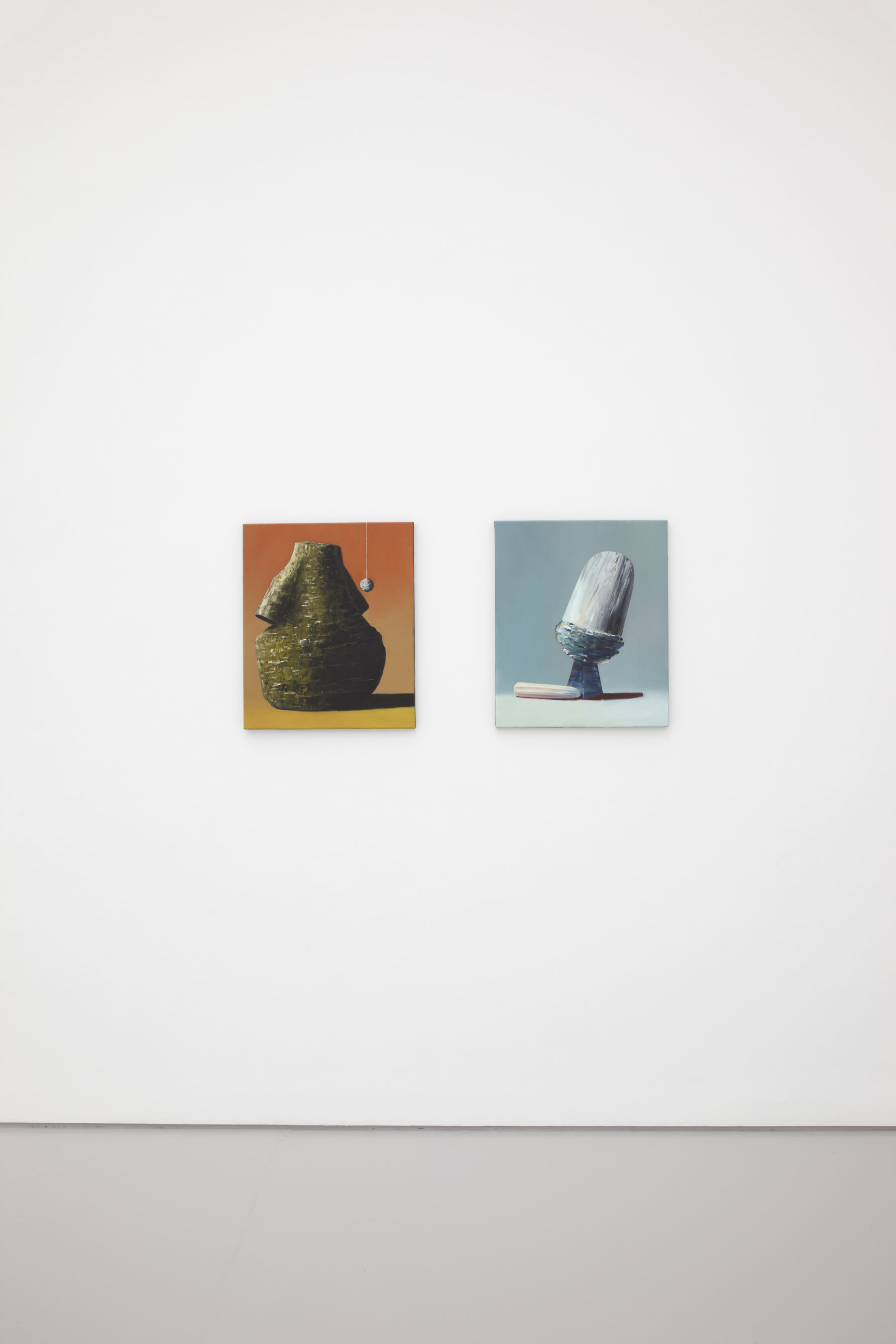