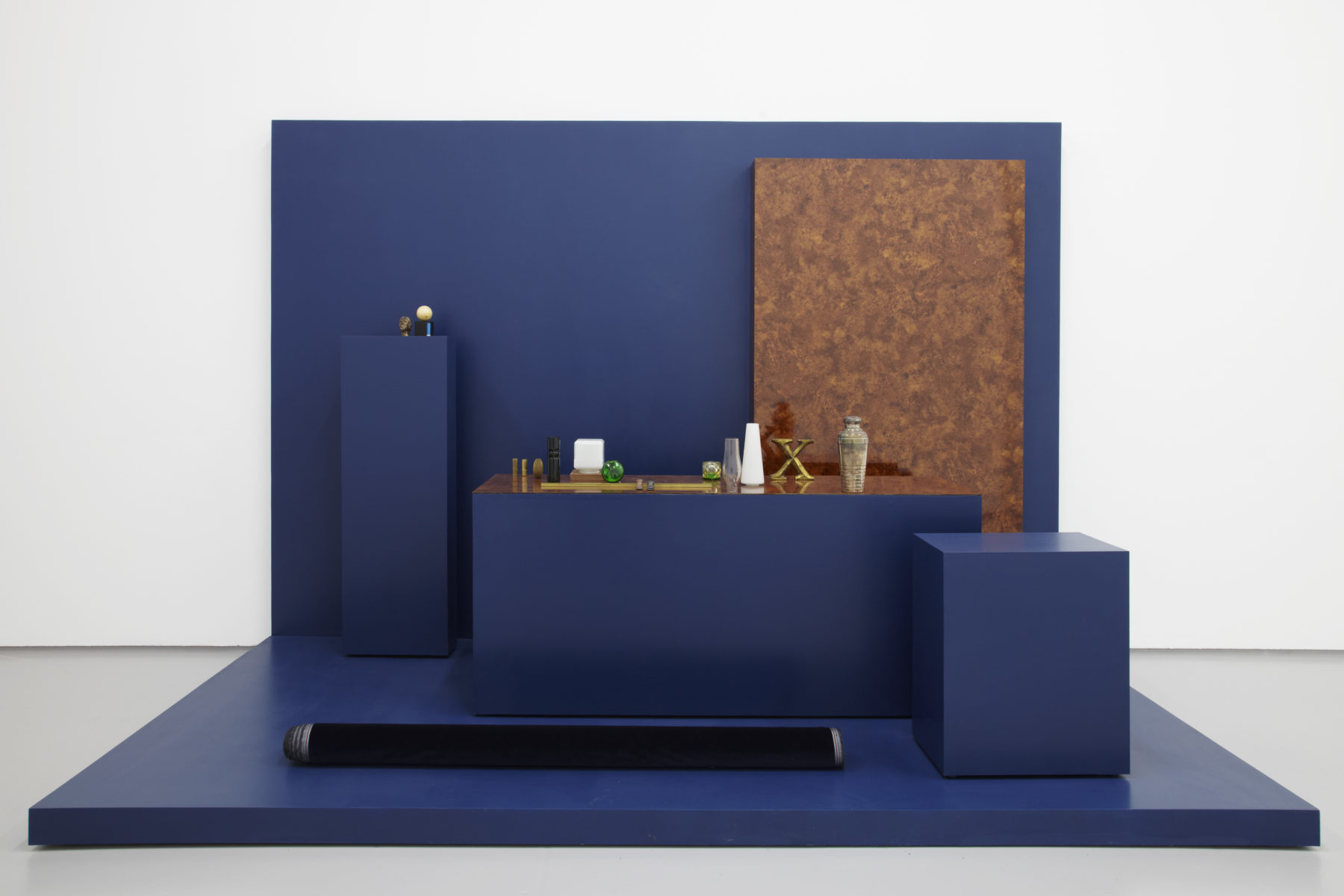 Spike Island and the South London Gallery presented a two-part solo exhibition by the French artist Isabelle Cornaro, the winner of the prestigious Prix Ricard in 2010. The presentation in Bristol, Témoins oculaires (meaning ‘eye witnesses’), focused on Cornaro’s new and recent work and ran from 24 January to 29 March 2015.

Isabelle Cornaro works with painting, sculpture, film and installation to explore the influence of history and culture on our perception of reality. A trained art historian, specialising in sixteenth-century European Mannerism, her visual language draws on a wide array of references, from the Baroque to modernist abstraction. Cornaro uses found objects imbued with emotional value or symbolic potential such as hair, jewellery, measuring tools, coins or rugs, which she presents in different media and types of display to reveal the subtle shifts of meaning induced by processes of reproduction and translation. 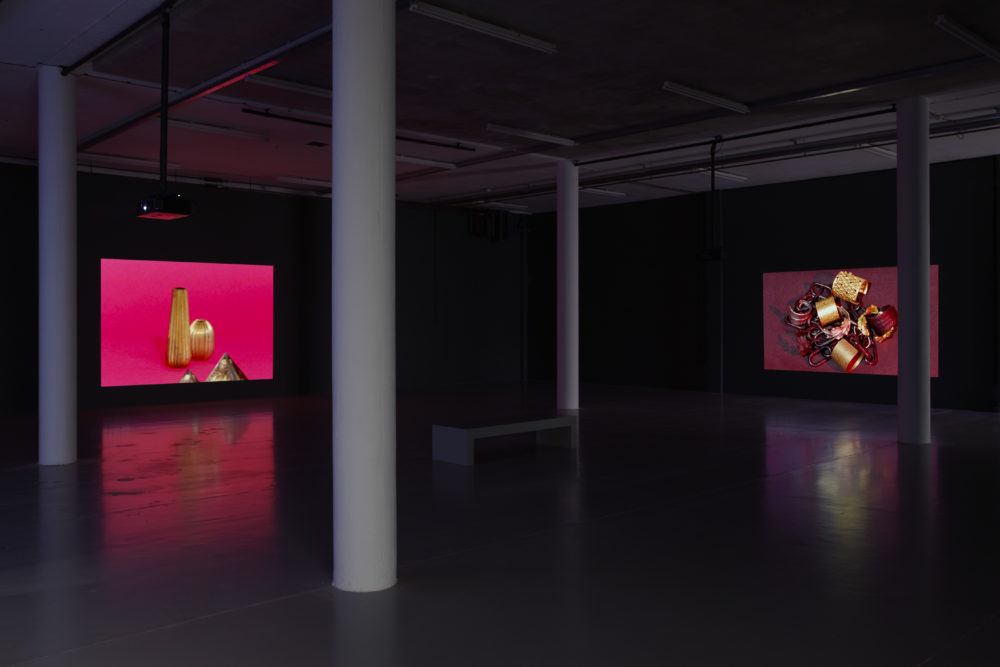 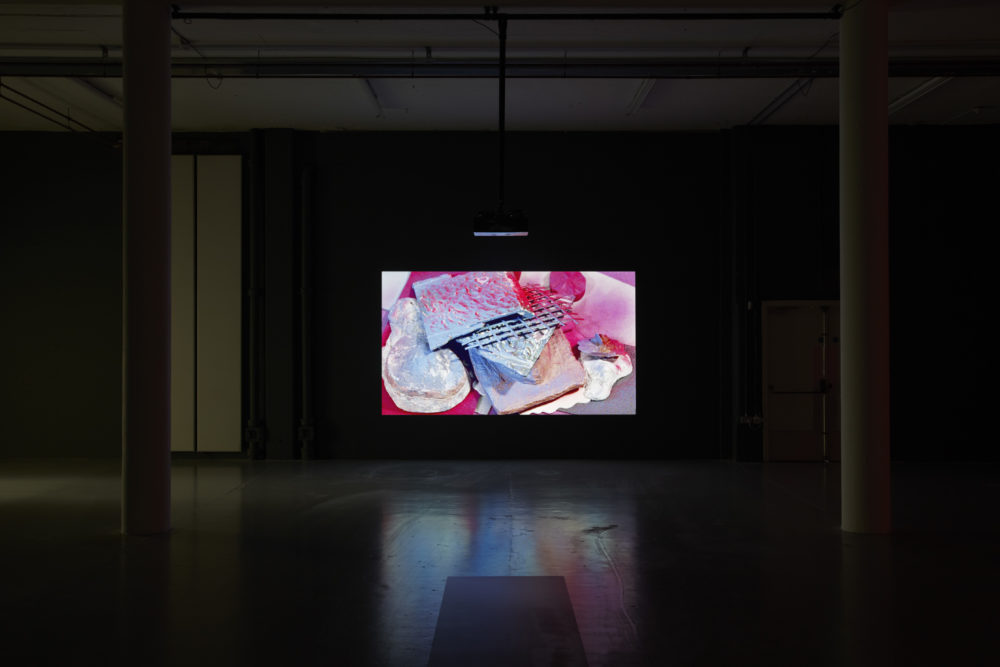 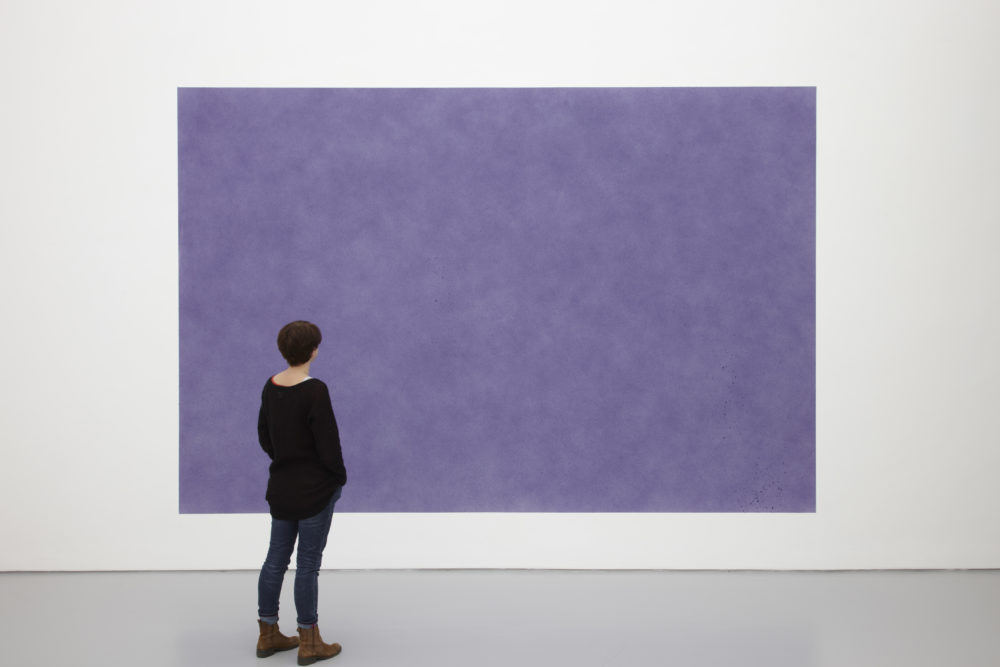 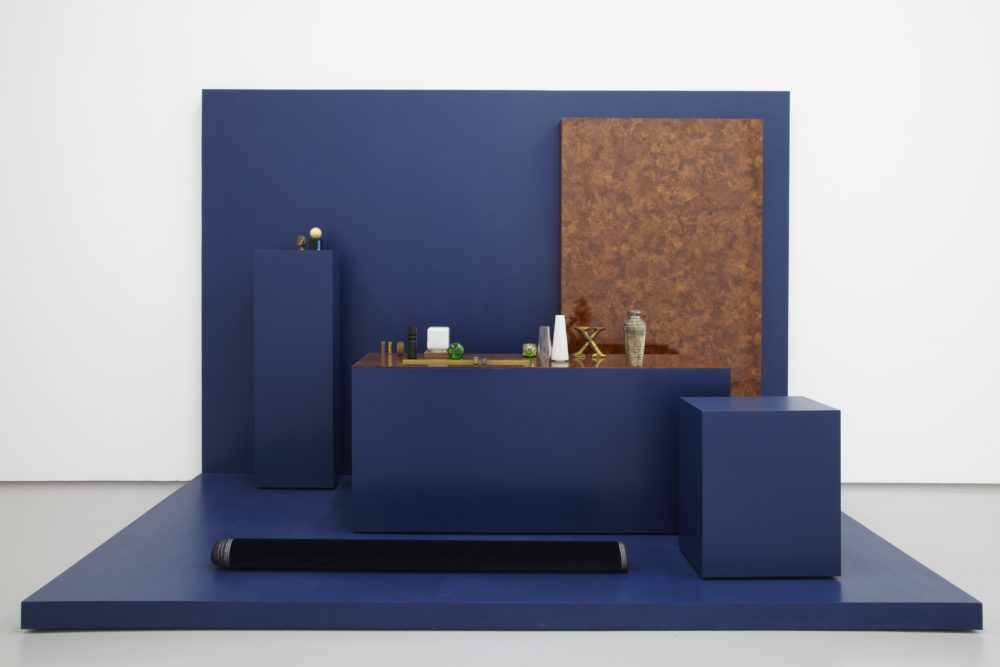 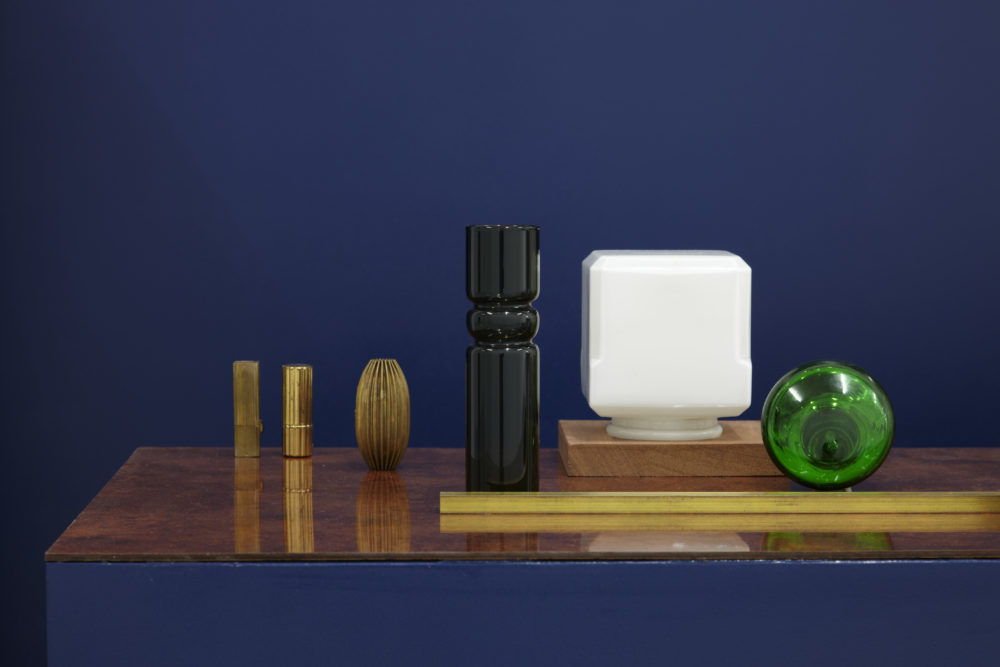 At Spike Island, Cornaro presented a series of specially commissioned installations in which she continued her investigation into composition, visual perception and interpretation. These tableaux, which could be described as physical representations of the act of watching, activated specific viewpoints reminiscent of cinematic and editing techniques (framing, focus, close-up, wide angle, tracking, sequence shot etc.). Each tableau created a self-contained space with varying perspectives, in which the objects were returned to their ‘destiny of fetishes, which is to shine from a distance’, in the words of the French film critic Serge Daney. 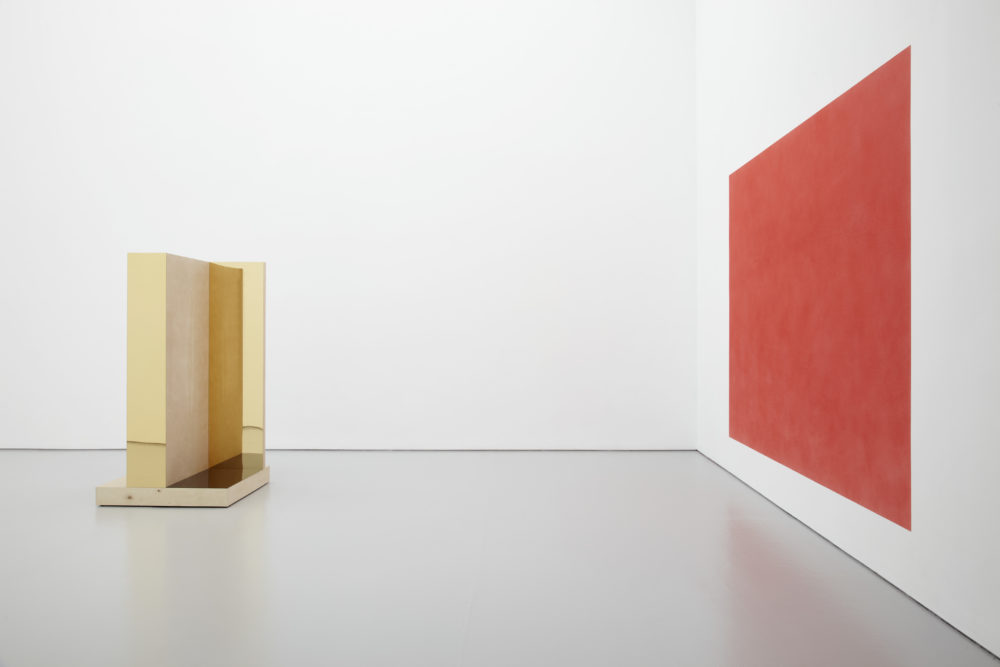 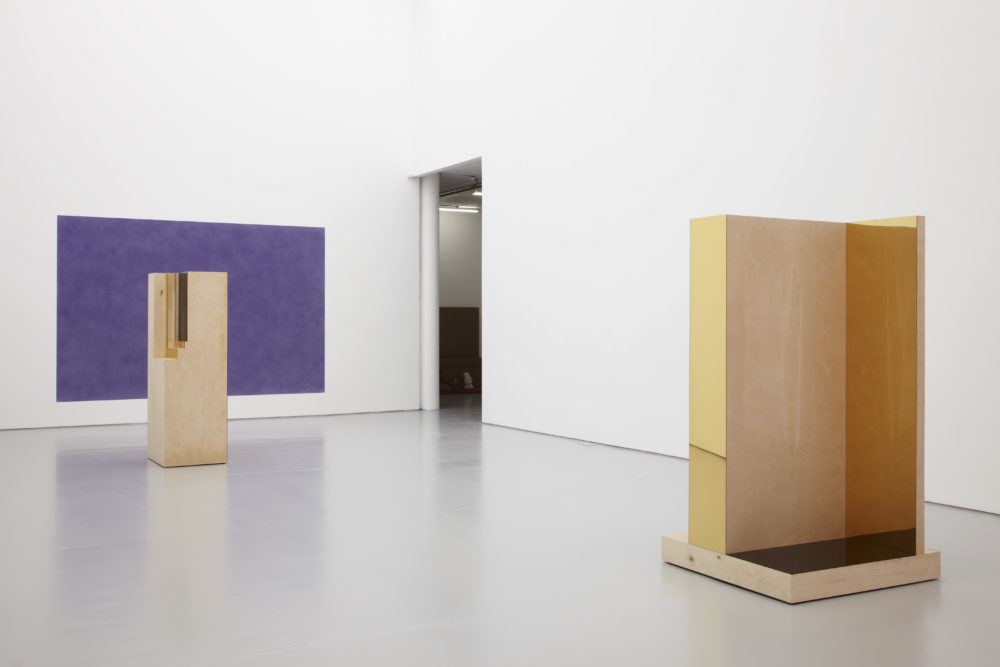 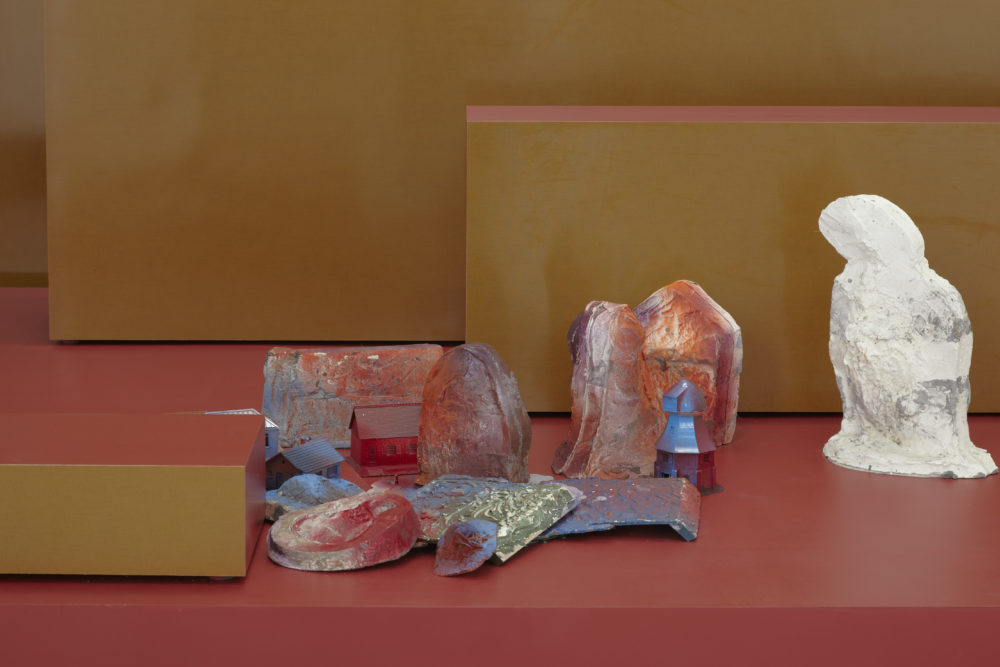 Isabelle Cornaro (born 1974, France) lives and works in Paris and Zurich. She studied at the École du Louvre and at the École Nationale Supérieure des Beaux-Arts de Paris, from which she graduated in 1996 and 2002 respectively. 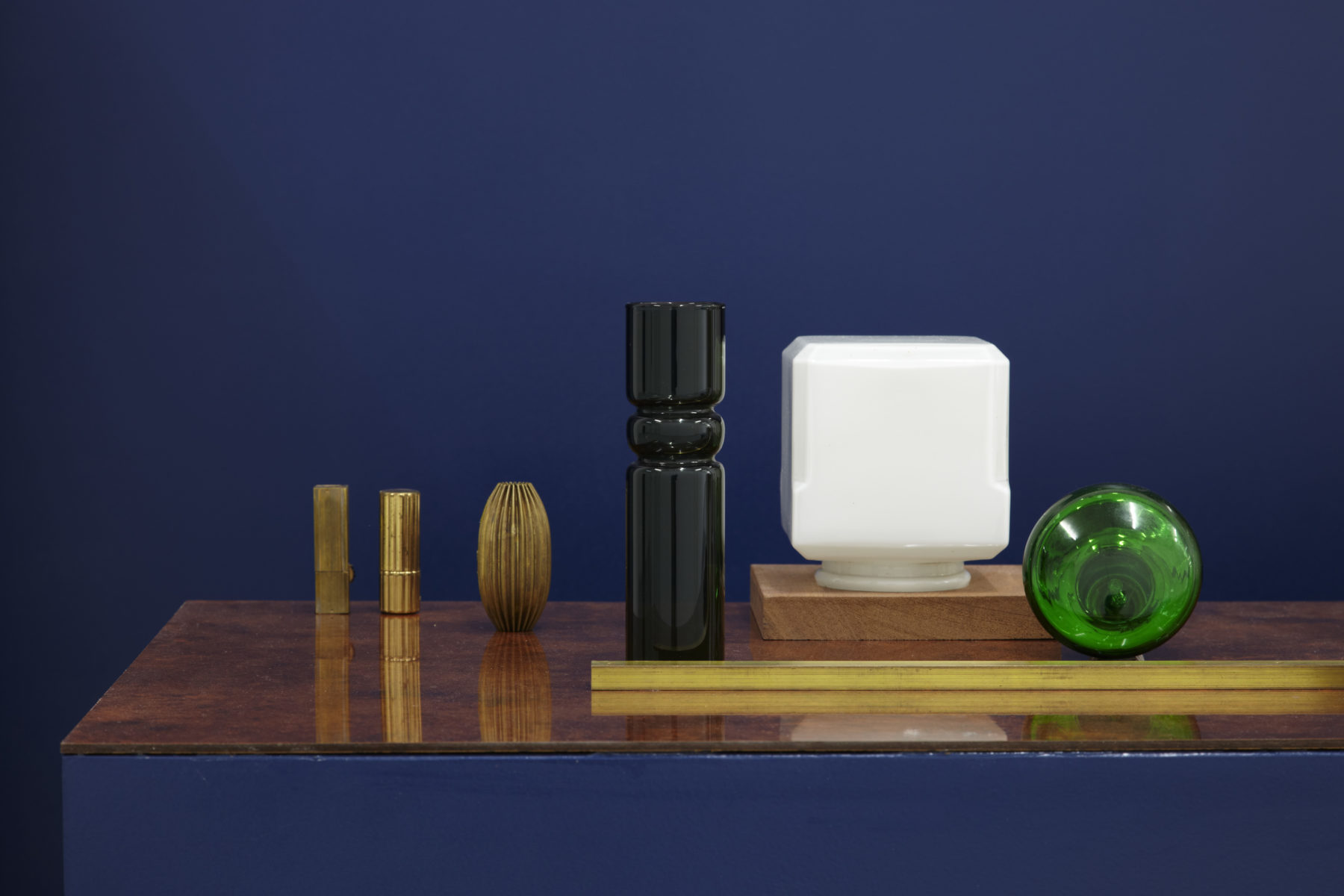