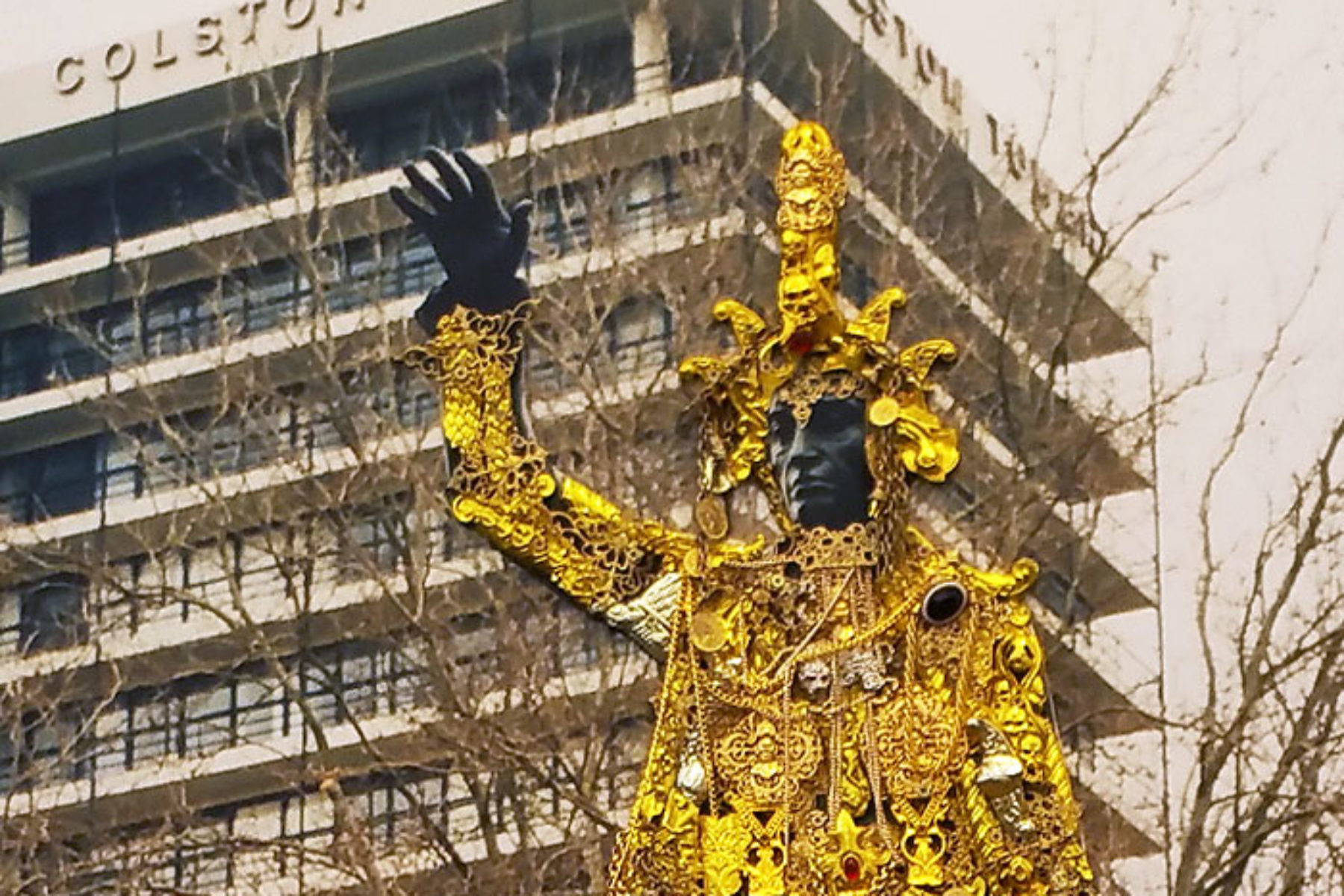 As part of the British Art Show 6, Spike Island is delighted to have commissioned Hew Locke to make a series of new works specifically for Bristol.

Whilst the images within Restoration would have universal relevance no matter where it were exhibited, they have specific resonance in Bristol as these statues exist within this city. Like so many other cities, Bristol has erected monuments over the years to commemorate the great and the good, so familiar do these statues become that they dissolve into the streetscape, made almost invisible. Seeing these images in St Thomas the Martyr church, we are reminded of them and the history that they illustrate. 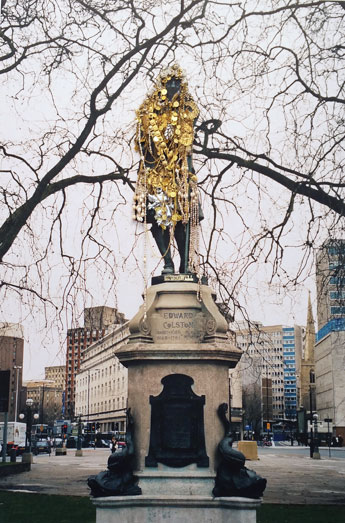 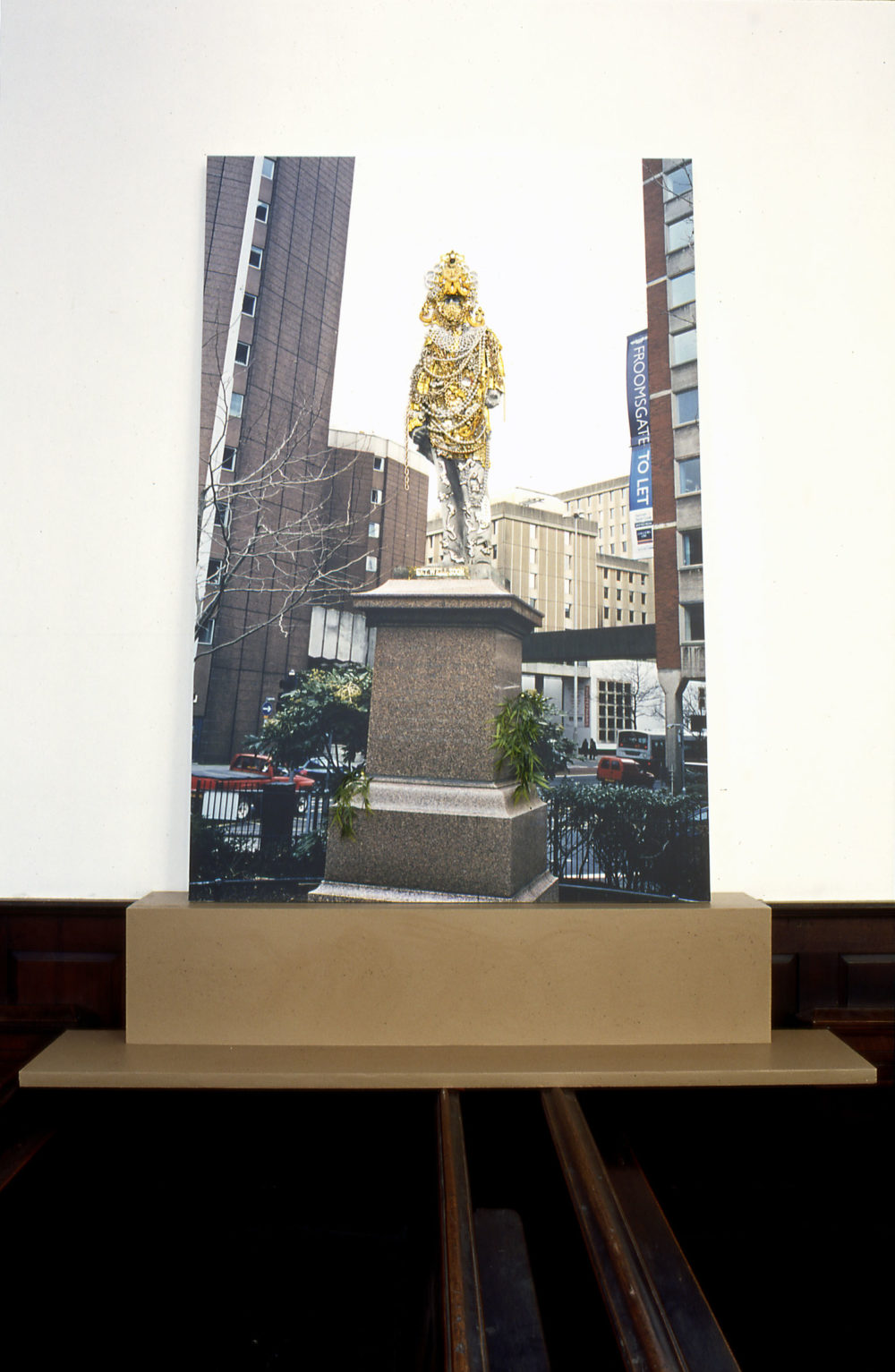 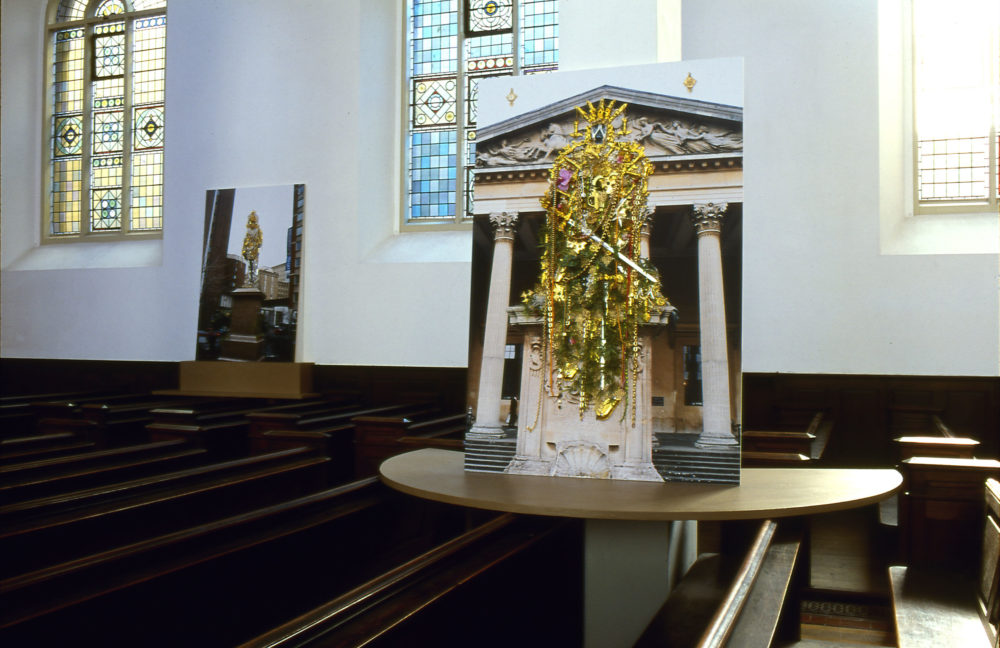 Hew Locke’s embellishment, directly on to the photographic print, interrupts our expectation that the surface should be left pristine. We can only guess at what lies beneath the layers of gilt and glitter, of cheap toys and plastic ornament that now encrust the area of the image where the statues are. The inscription engraved into the stones upon which the statues stand indicate the identity of the individual commemorated, yet their new attire seems to shift their identity into a more exotic culture. Burke’s new garb, for example, represents a classic Thai Matador and Morley an Indian Nabab. The inscriptions reference a philanthropic philosophy of donations to the poor, and the desire to do good. Edward VII reigned over an Empire rich and varied, conquering and paternal, Locke has recreated him, adorned as a Madonna like figure, dripping in finest jewellery denoting his status, like the cut of the cloths he might have worn when he lived.

It is perhaps the image of Colston that is most haunting. He is adorned with corrie shells and other trade beads, surrounded by a dark web formed by the branches of the tree. Whilst Colston’s paternalism might have brought good to the city of Bristol, we are made aware of his, and many of his contemporaries involvement in the uncomfortable truths of corruption and the enslavement of many African people.

The placing of the works within St Thomas The Martyr Church adds another layer of reading to the work. The church is situated in the busy commercial area of central Bristol, the original church founded at the end of the 12th Century. As the city expanded this became the industrial area of Bristol and for several centuries was occupied by weavers, fullers, tanners and carpenters, as well as many wealthy families whose ships lay nearby. By the end of the 15th Century, the original Norman church had been transformed, and in 1791 the medieval church was demolished but the tower still retains today.

Many of the sailors engaged in the slave trade lodged in the inns and taverns and it was in the Seven Stars pub in 1787, that Reverend Thomas Clarkson met with Landlord Thomson and collected most of the evidence by talking to sailors and local people about the barbarous trade, that eventually enabled William Wilberforce to carry out his act that led to the Abolition of Slavery.

The painting at the back of the church was painted by Fritz Von Kamptz from Clifton. Sermon on the Mount in central panel, The Prodigal Son and Good Samaritan on each side. The Last Supper in the upper stage.

His work is represented in many collections including those of The Government Art Collection, The Pérez Art Museum Miami, The Tate Gallery, The Arts Council of England, The National Trust, The Metropolitan Museum of Art, New York, The Brooklyn Museum, New York, 21c, The New Art Gallery Walsall, The Victoria & Albert Museum, The Imperial War Museum, The British Museum and The Henry Moore Institute, Leeds.

“A lot of my work has to do with the burden of history and … how history affects us today.” – Hew Locke

Watch an interview with Hew Locke in his studio 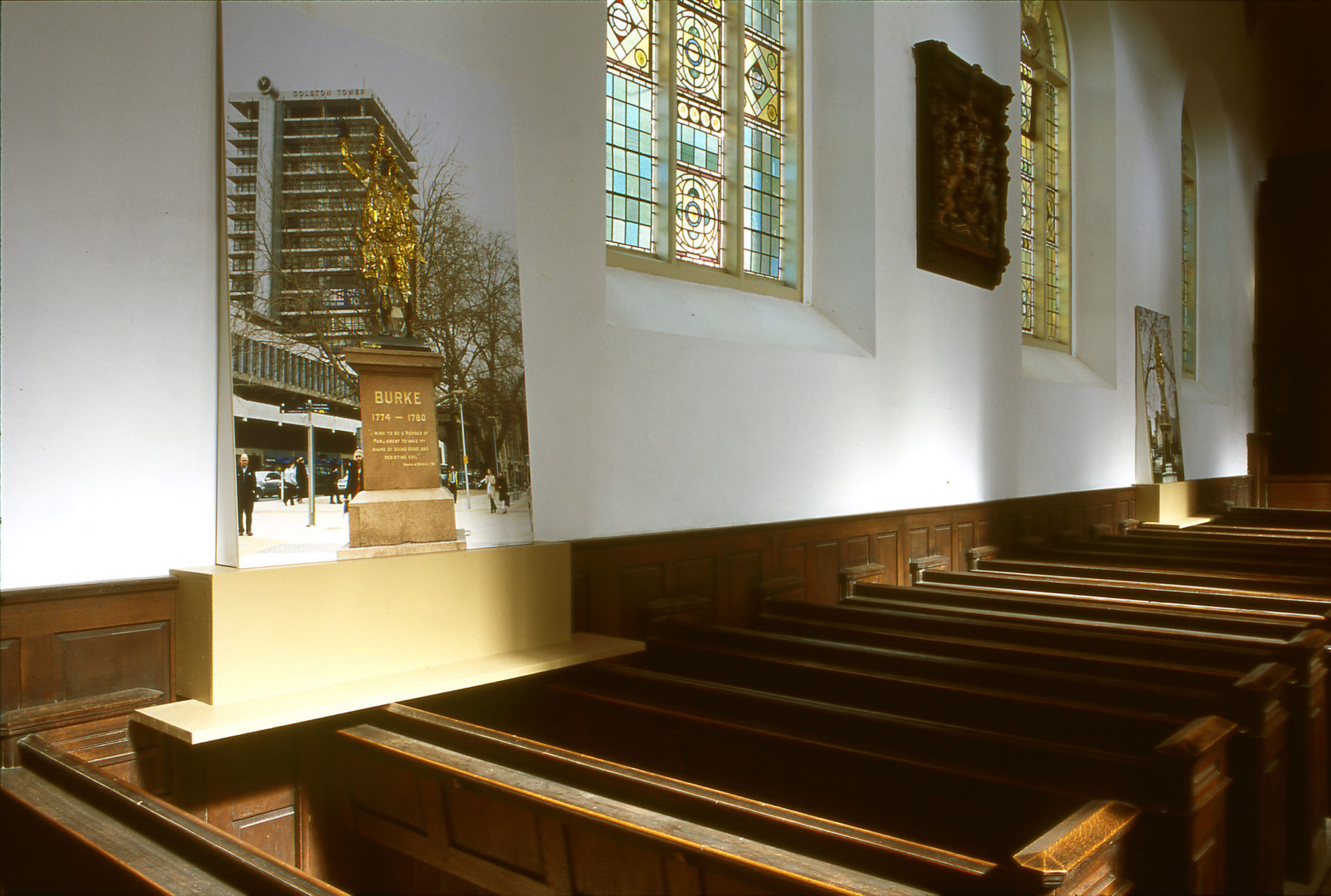 View our current, upcoming and past exhibitions of contemporary art.