In line with the current government guidance, our galleries, café and all publicly accessible areas of our building are temporarily closed.

Itchin & Scratchin is a solo exhibition by painter Denzil Forrester, including new and existing paintings and works on paper that capture the vibrant energy of the dimly lit dancehalls of 1980s London and the present-day open-air clubs of Jamaica. 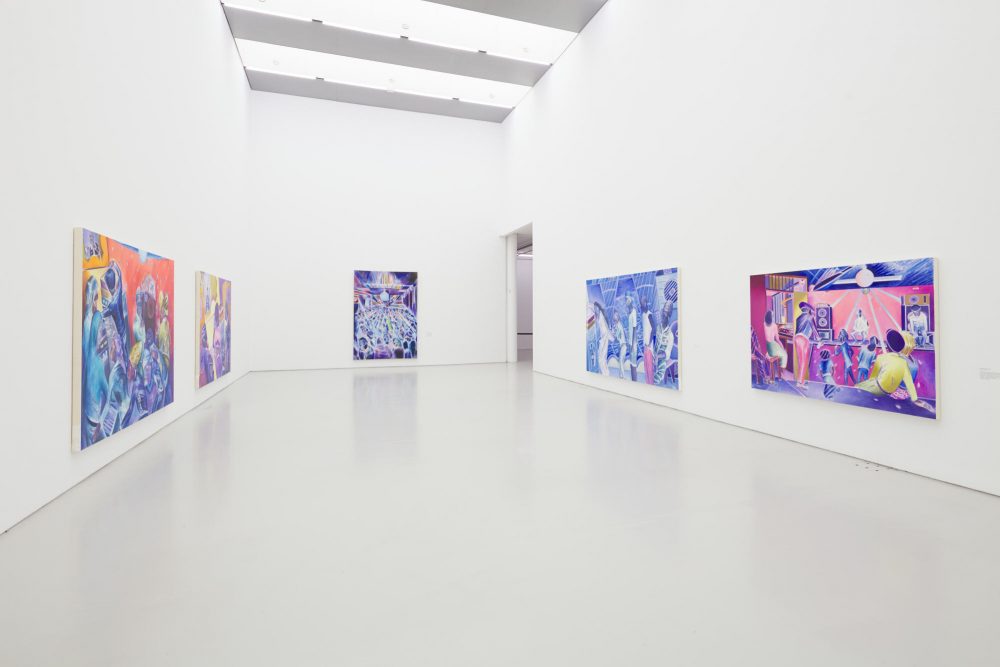 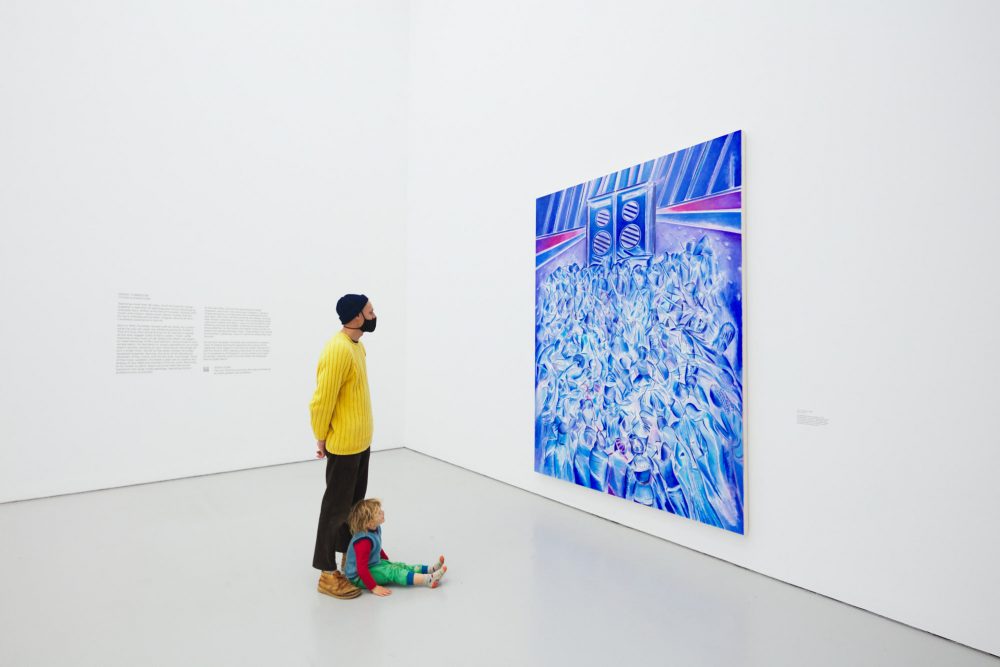 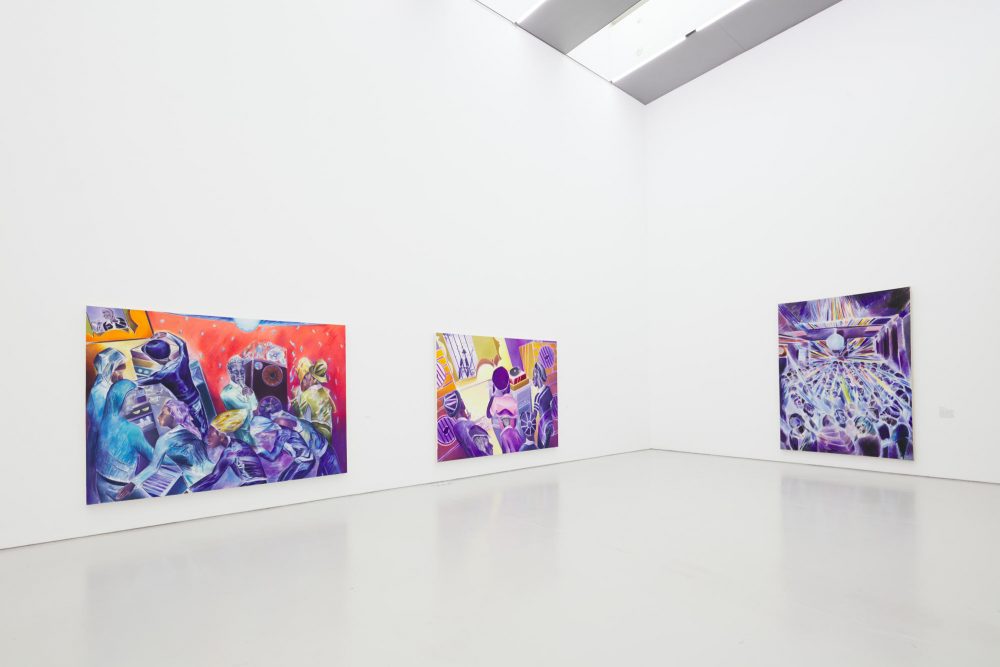 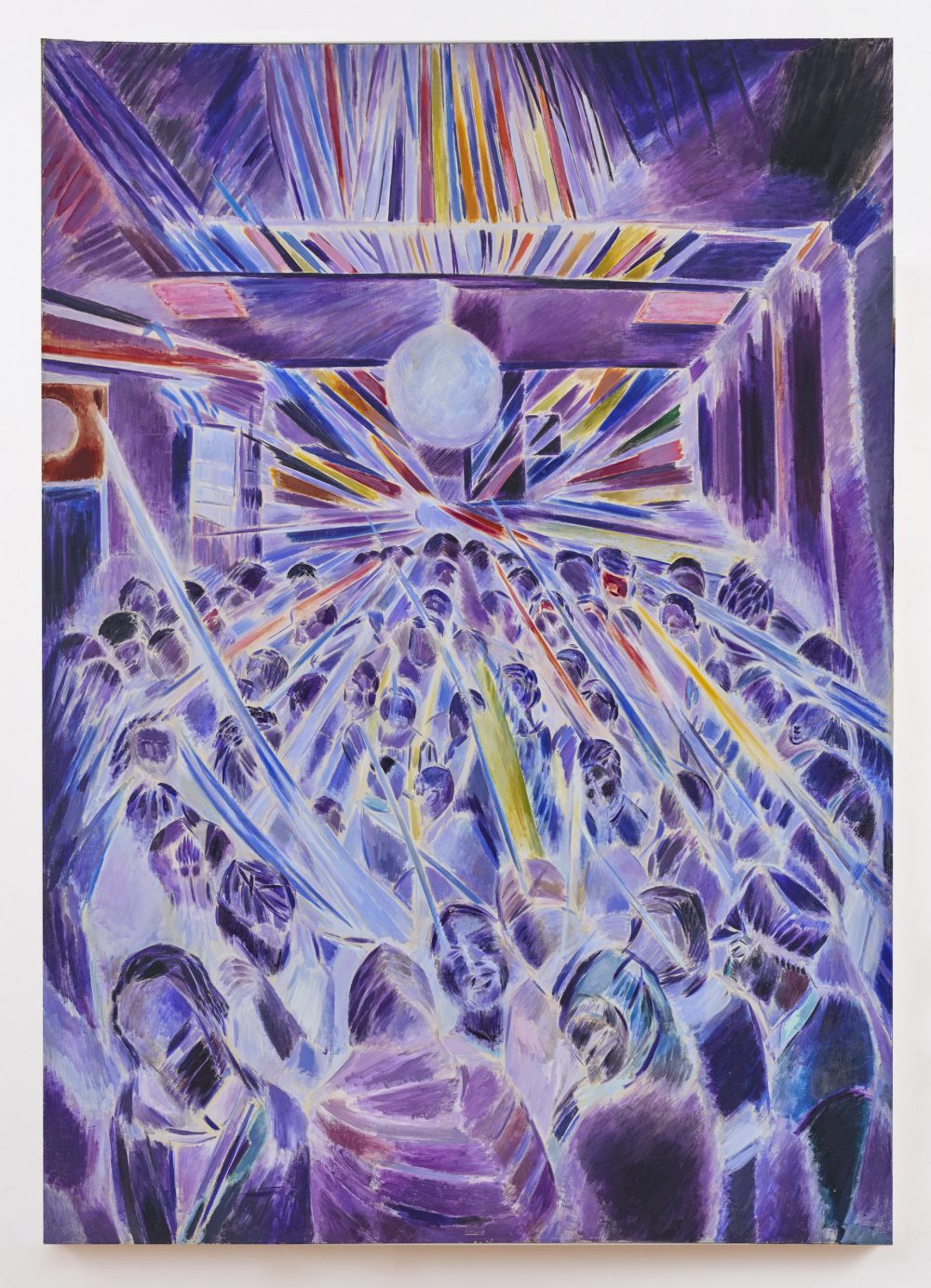 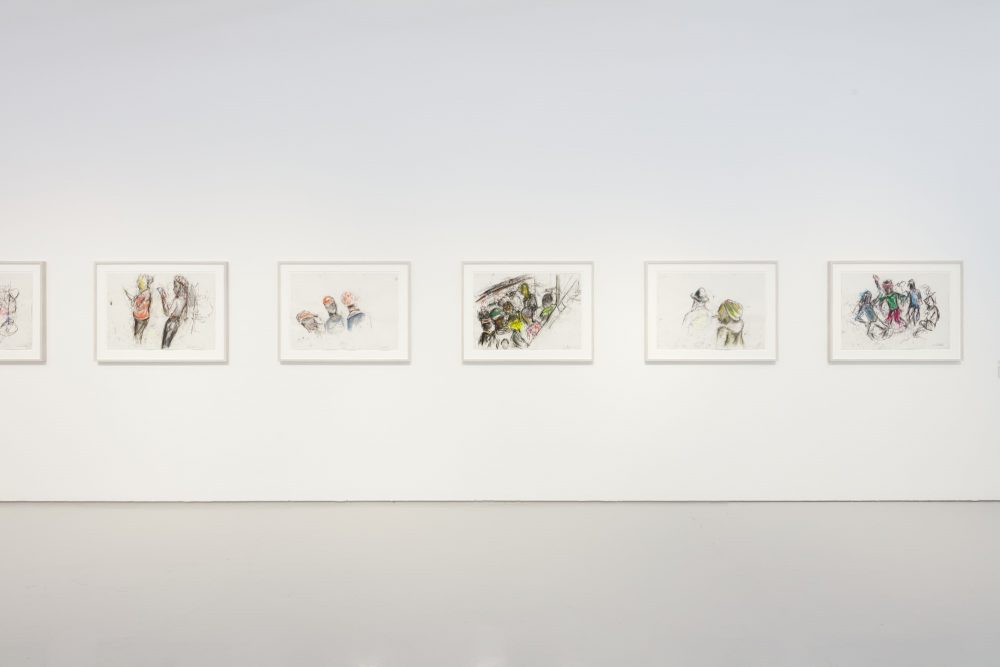 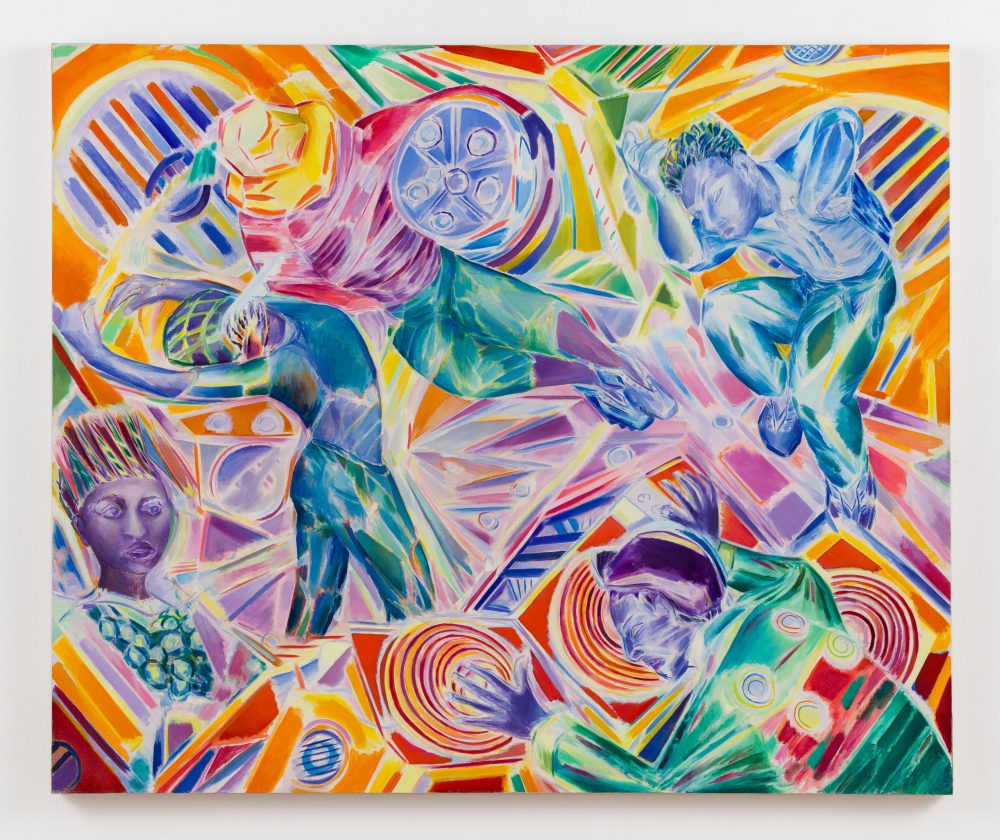 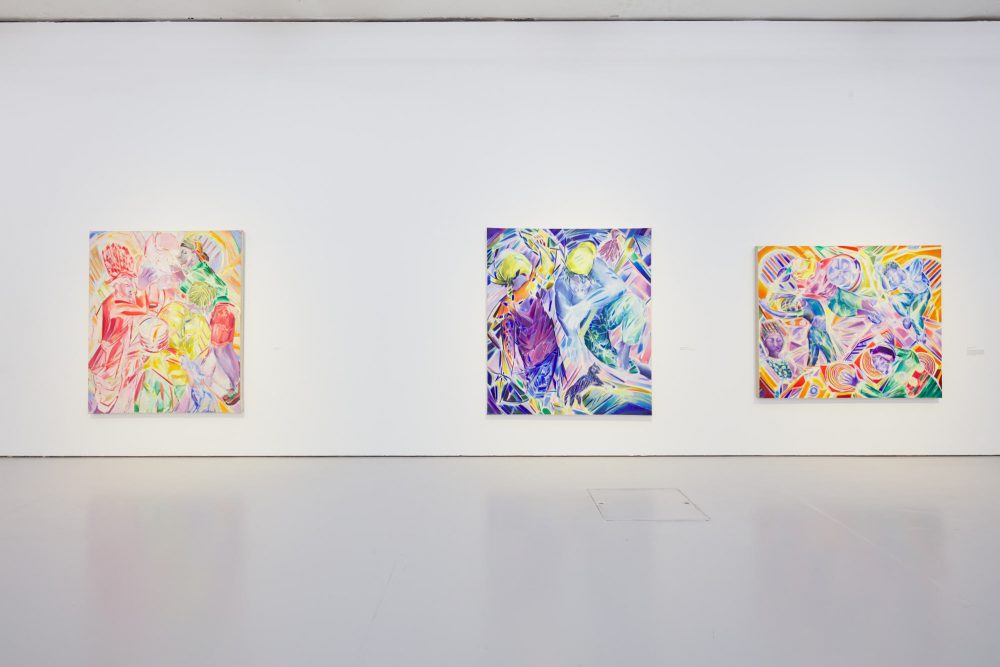 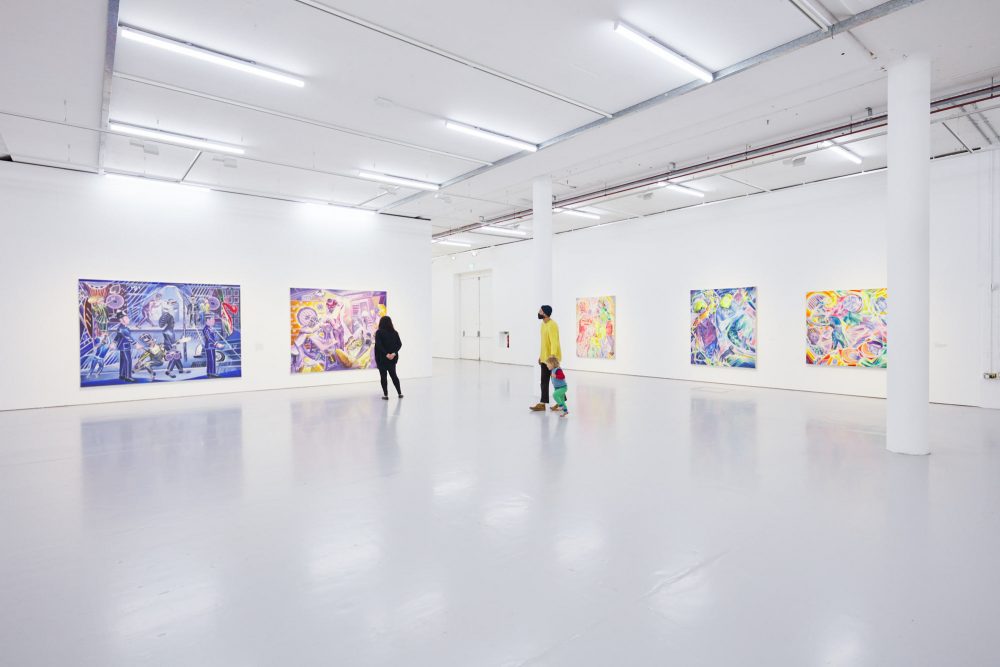 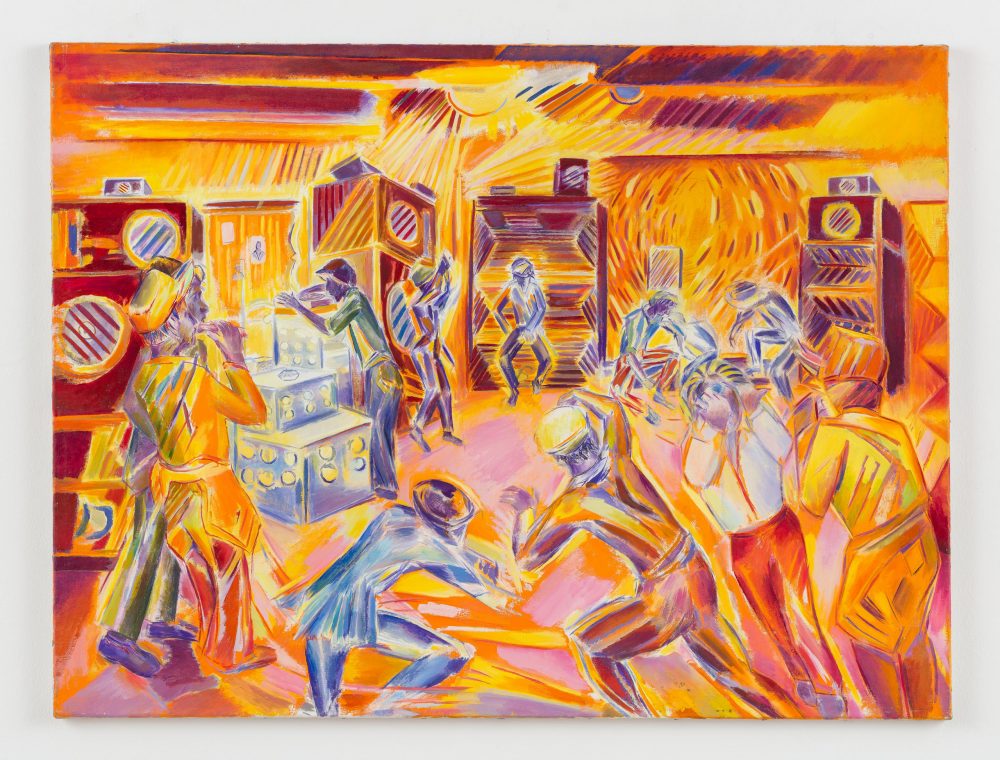 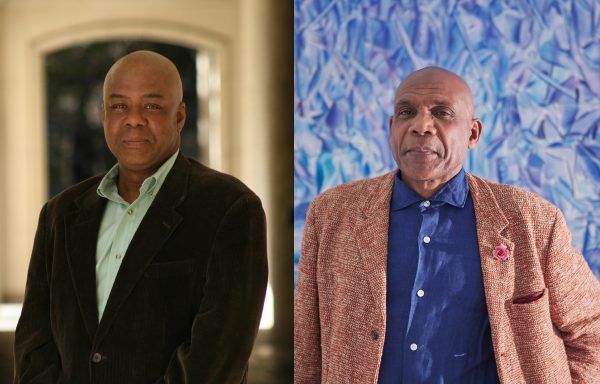 On 19 November, painter Denzil Forrester was joined in conversation by artist, historian and curator Eddie Chambers, to discuss the exhibition and Forrester’s wider practice. 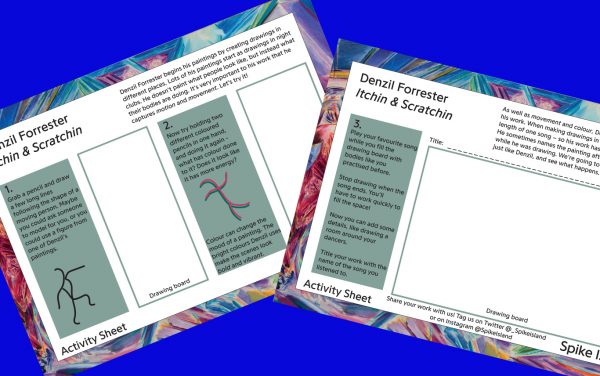 Grab an activity sheet at the gallery entrance for some music and movement inspired drawing challenges. We recommend you bring your crayons or pencils with you.

“Forrester’s lifework is thus not just a colorful immortalization of ’80s-era London nightlife but also the representation of a burgeoning Windrush generation that was fashioning the styles and sensibilities of Black British culture.” – Rianna Jade Parker, ArtNews

An interview with Denzil Forrester

Denzil Forrester (b. 1956, Grenada, based in Truro, UK) studied at the Central School of Art, London in 1979 and at the Royal College of Art, London in 1983. Recent solo exhibitions include A Survey, Stephen Friedman Gallery, London (2019); From Trench Town to Porthtowan, Jackson Foundation, St. Just (2018); White Columns, New York; Tramps, London (both 2016), all curated by Peter Doig and Matthew Higgs; Two Decades of Painting, The Edward Wilmot Blyden Project (2002); Memory and Images, Peterborough Museum & Art Gallery (1996). His work has been included in group exhibitions at Somerset House, London (2019); Tate Britain, London; Metro Pictures, New York (both 2017); Royal Academy of Arts, London (2000); The Studio Museum in Harlem, New York (1997); Barbican Art Gallery, London (1995); Whitechapel Gallery, London (1986) and Ashmolean Museum, Oxford (1984). He was awarded a scholarship by the British School at Rome in 1983-85 and a Harkness Fellowship in New York in 1986-88. Forrester’s commissioned work, Brixton Blue, a reinterpretation of his seminal work Three Wicked Men (1982), is on view at Brixton Underground station in South London until September 2020.

Presented in partnership with Nottingham Contemporary. With support from Stephen Friedman Gallery, London. 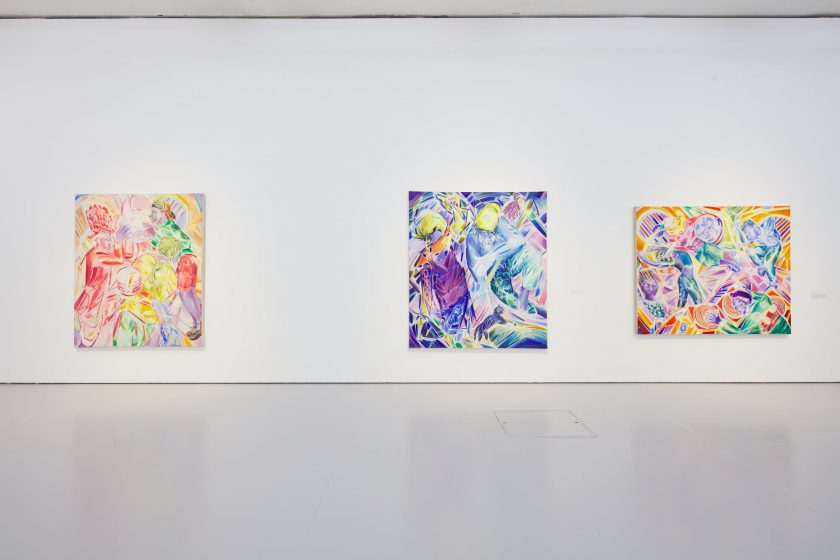 Extended closure of our galleries and café

Our galleries and café will remain closed until further notice in line with the government guidelines for tier 3 areas. 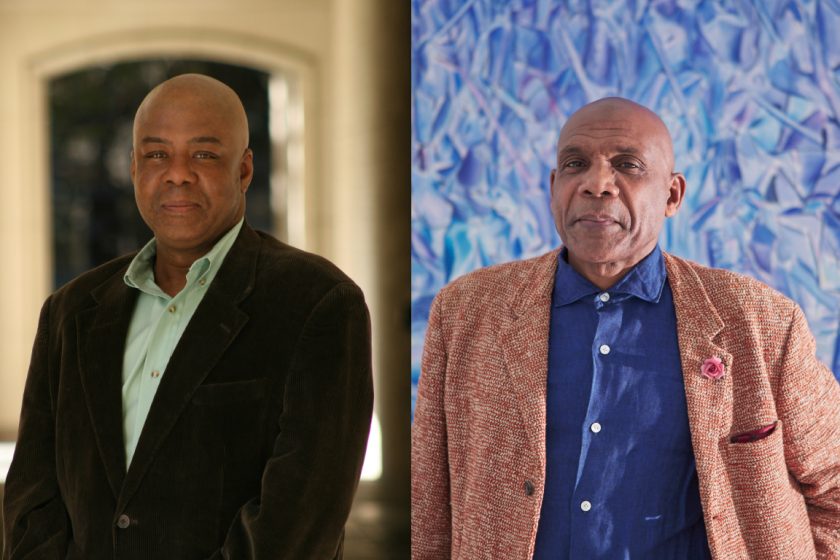