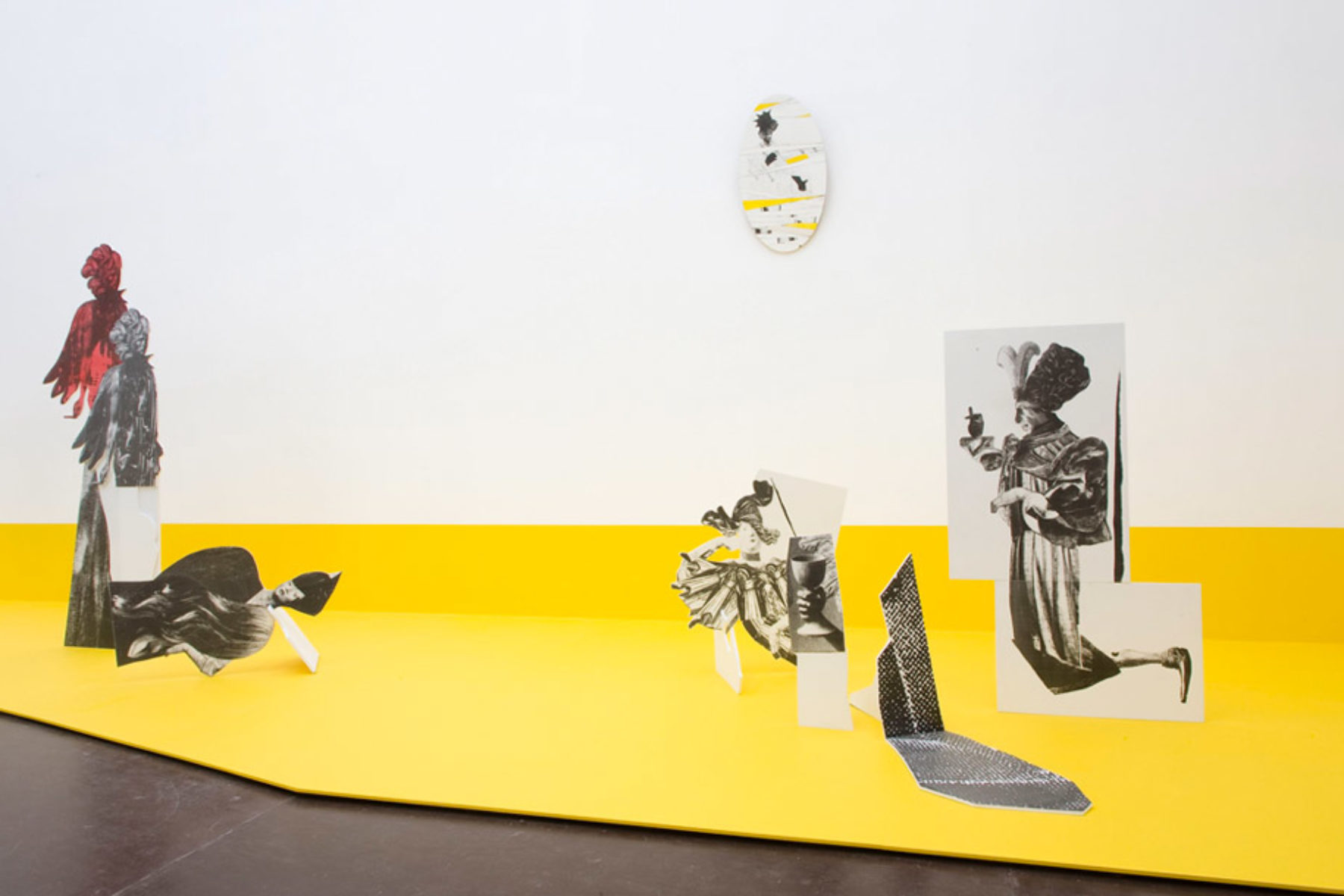 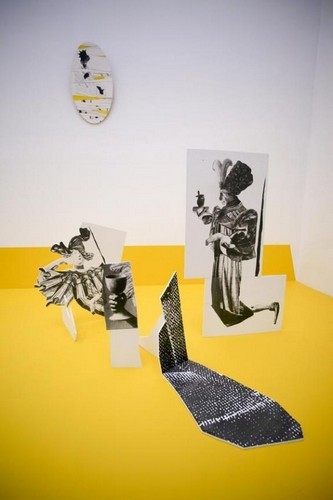 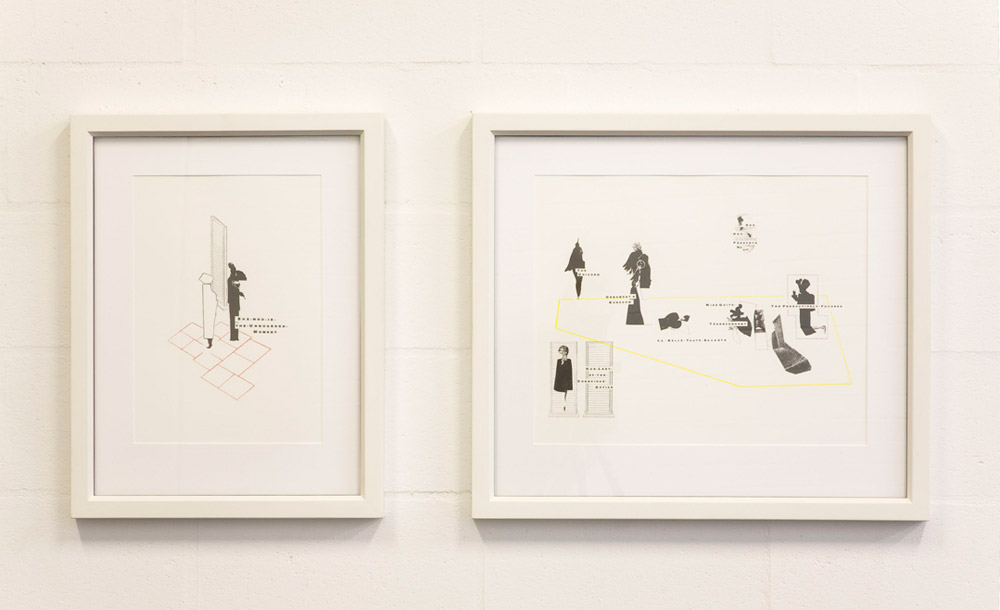 The artist created a series of monumentally-scaled, monochromatic androgynous figures who vie for the attention of the viewer. The figures started life as small collaged works on paper with elements taken from Gothic sculpture and architecture – a carved shell becomes a fan, masonry is transformed into a fancy hat, male statues become feminine composites. Transposed from delicate works on paper to 8ft screen-printed cut outs, the figures were propped and posed in an intense tableaux as if awaiting their audience, resplendent against a brilliant yellow stage.

She-who-Presents was a continuation of Stephenson’s interests in drawing on both the art of the late 19th and early 20th centuries and French literature, in particular the exuberant language of Jean Genet’s transvestites from Notre-Dame des Fleurs (Our Lady of the Flowers, 1944). Stephenson’s figures with titles such as ‘Miss Verily-Existent’, ‘Miss Quite Transcendent’ and ‘She-who-Presents’ are therefore not fully rounded characters but rather posed allegories, personifying philosophical arguments and acting out existentialist questions with exaggerated gestures. They are self-consciously divine and playfully mischievous in attitude; the artist adopting camp culture as a way of both asserting and questioning the value of art, artifice and object making.

Read an exhibition review by Michael Bracewell for frieze

New works for the exhibition were made with Spike Print Studio.