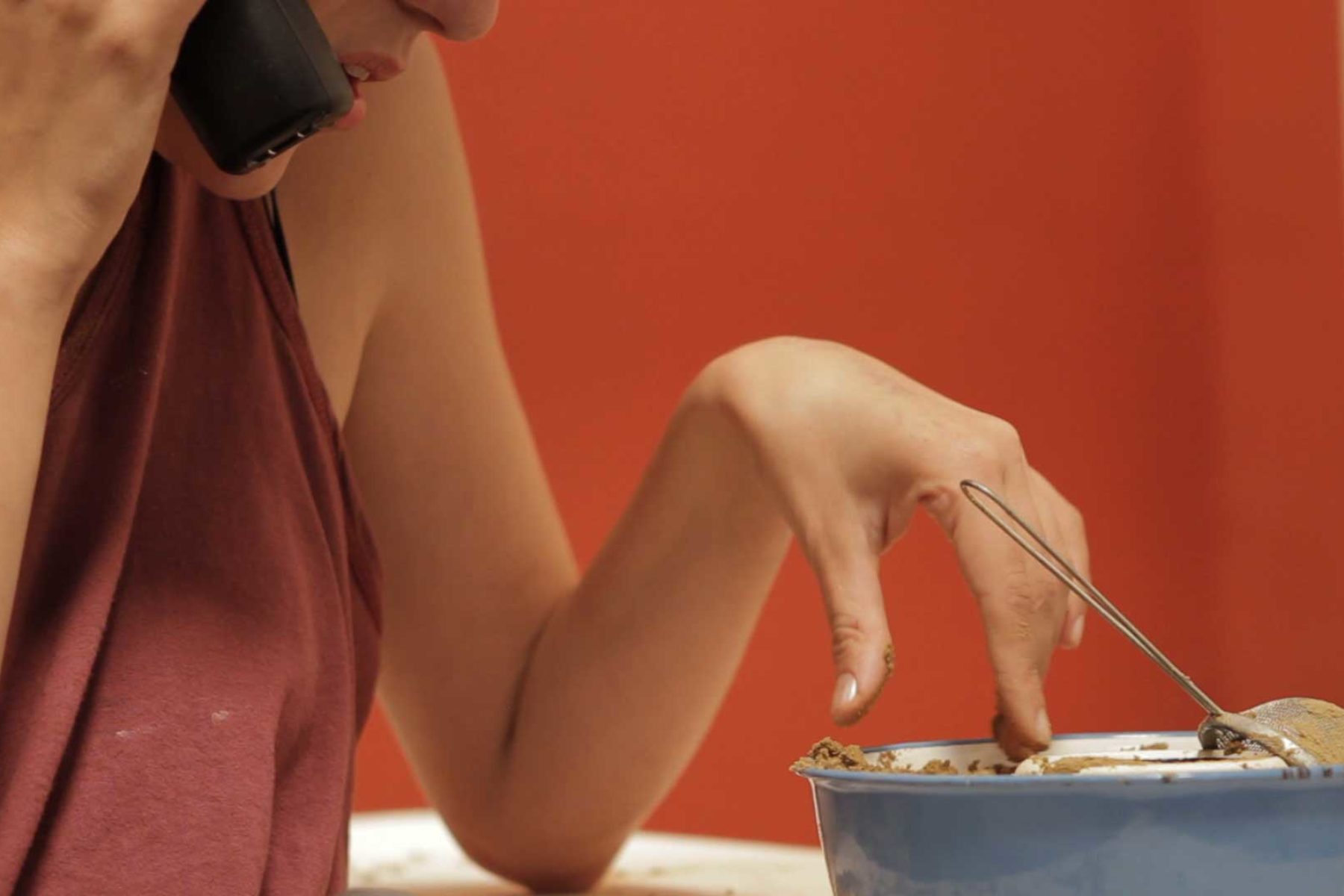 London-based artist Cara Tolmie works across performance, film, audio and installation to explore the ways in which meaning is created and, in particular, how context shifts our reception and understanding of events. 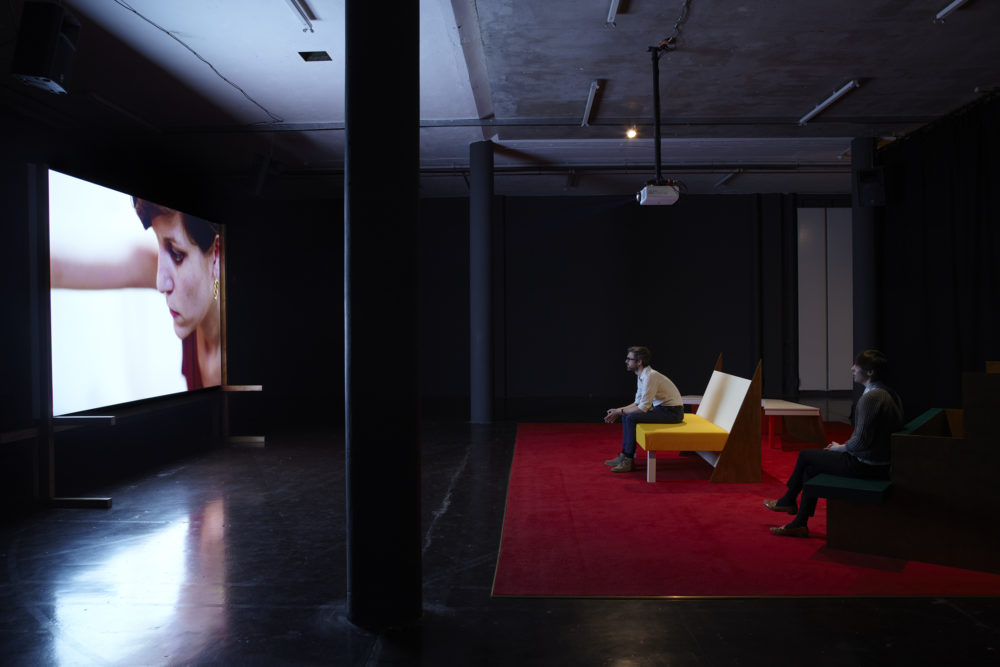 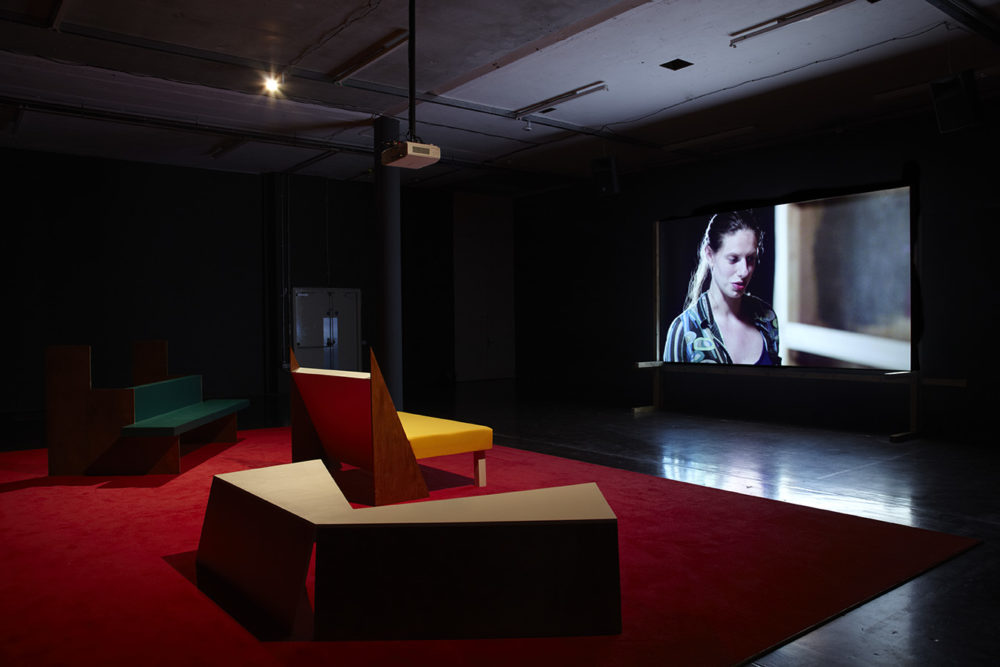 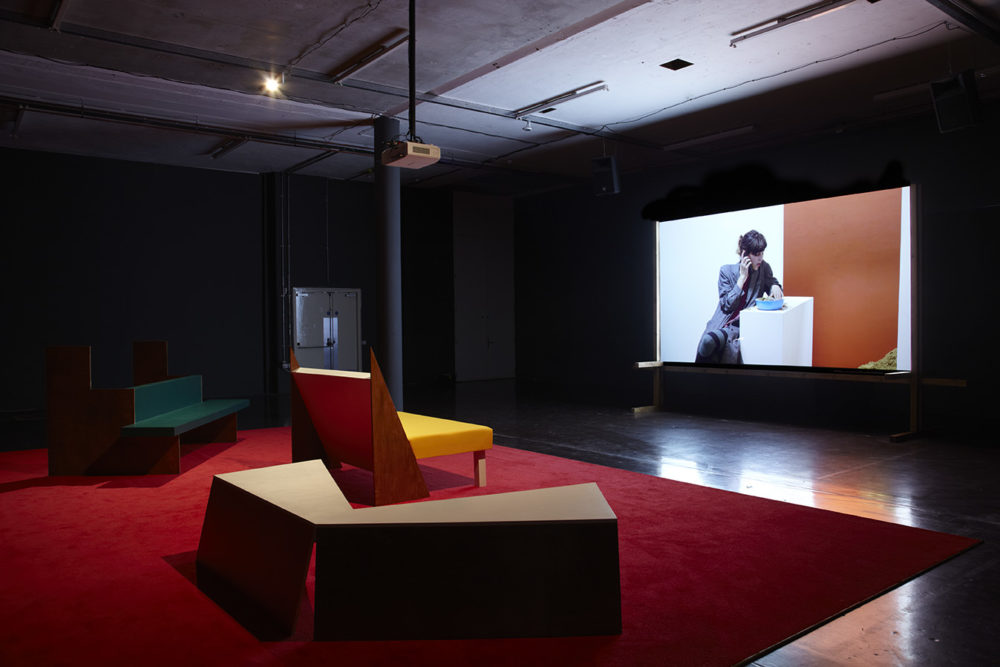 Her new film, Pley, was shot inside a structure specifically designed by the artist to host a series of encounters between three strangers. The set is comprised of two spaces, one inside the other, though at no point while watching the film does the viewer see its exterior or understand fully its internal architecture. Over a number of hours the participants undertook activities devised by Tolmie that were deliberately left undocumented. Instead, the interviews that the artist conducted afterwards form the basis of the work. Filmed individually, the participants reflect on their assumptions about each other, about Tolmie herself and about the tasks they were asked to fulfill. Their responses reveal differing inclinations to accept or challenge the temporary social setting into which they were placed.

Tolmie’s non-linear edit interweaves the participants’ reactions and interpretations with sequences filmed with a fourth person: an actress marking time in the set. The woman appears to report back via her phone to an outside world whose characteristics quickly seem to shift as she reveals different personas. It is through these scenes that we glimpse aspects of the set and its various props, such as a heap of gravel and a fish tank filled with water, mud and stones, which also may have been used previously by the three participants in their activities. Moving between the assured actions of the actress and the dreamlike recollections of the participants, the film shifts our perceptions of what constitutes naturalistic and non-naturalistic behaviours. 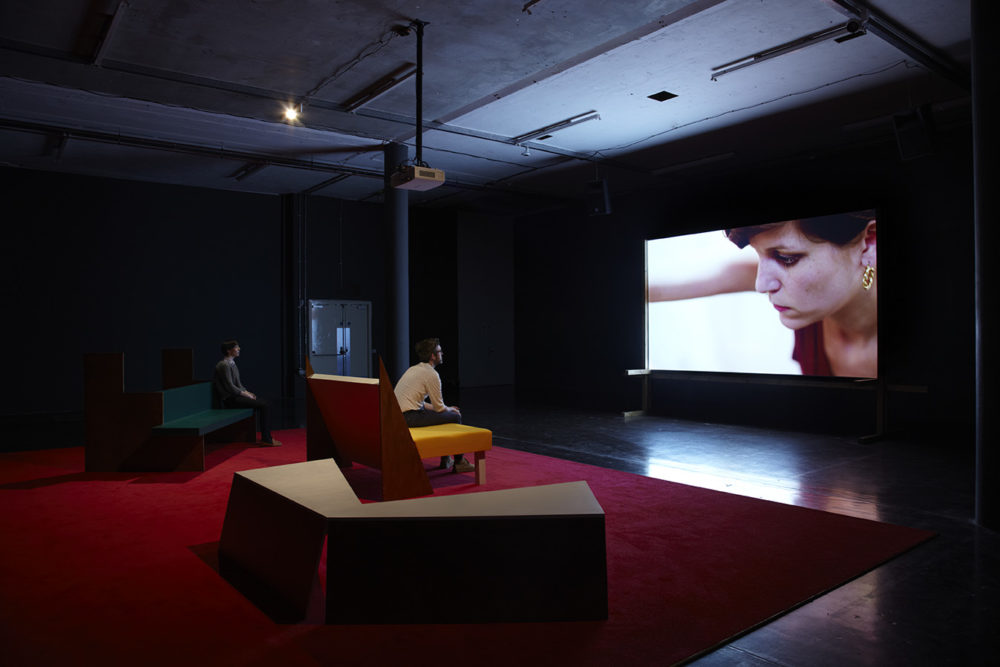 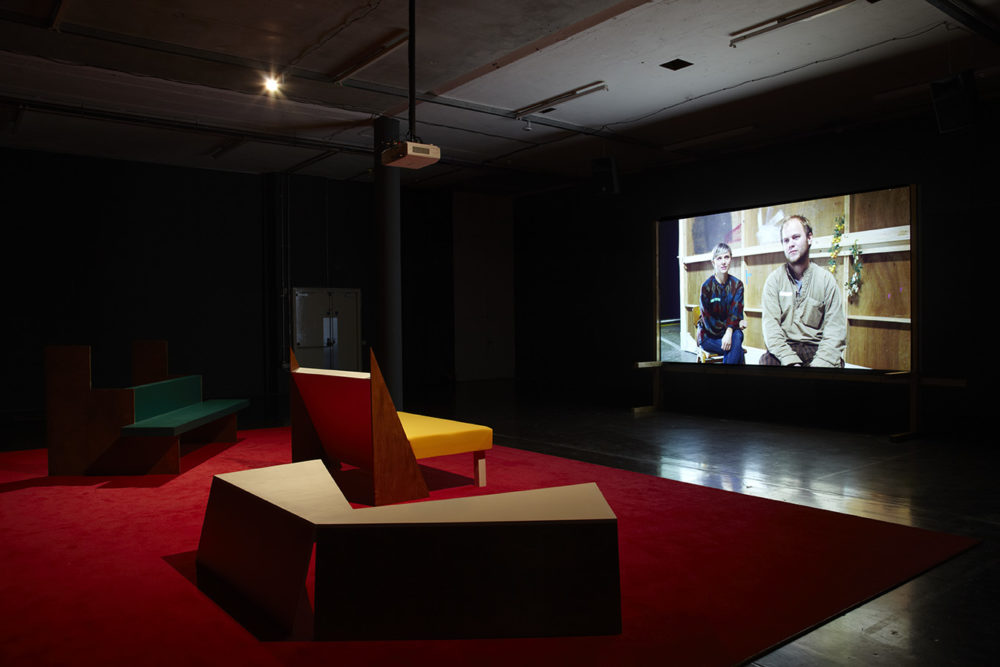 Pley was presented for the first time at Spike Island as a single large-scale projection with seating designed by the artist. Tolmie’s use of bright colour and geometric shapes within the installation referenced the visual aspects of the film set that are more often spoken of than actually witnessed. This reflected the artist’s wider concern with the performative role that language plays, both in reflecting on reality and in shaping our understanding of that reality through speech.

Cara Tolmie (1984) was born in Glasgow and currently lives and works in London. She received a BA(Hons) in Fine Art from the Duncan of Jordanstone College of Art and Design, Dundee, in 2004 and took part in the LUX Associate Artists Programme in 2009–2010.

Solo exhibitions and commissions include Stages in the Revolution at the Whitstable Biennale (2012), Myriad Mouth Line, Frieze Projects, Frieze Art Fair, London (2011) and Read Thou Art and Read Thou Shalt Remain at Dundee Contemporary Arts (2011). Her work has also been included in numerous group exhibitions, including Big Sheep at Timespan Museum and Arts Centre in Helmsdale, Sutherland (2012), Her Noise: Feminisms and the Sonic at Tate Modern, London (2012), A Sensible Stage at the LUX Biennial, ICA, London (2012) and Oceanfront Nights with Creative Time NYC at Art Basel, Miami (2010). 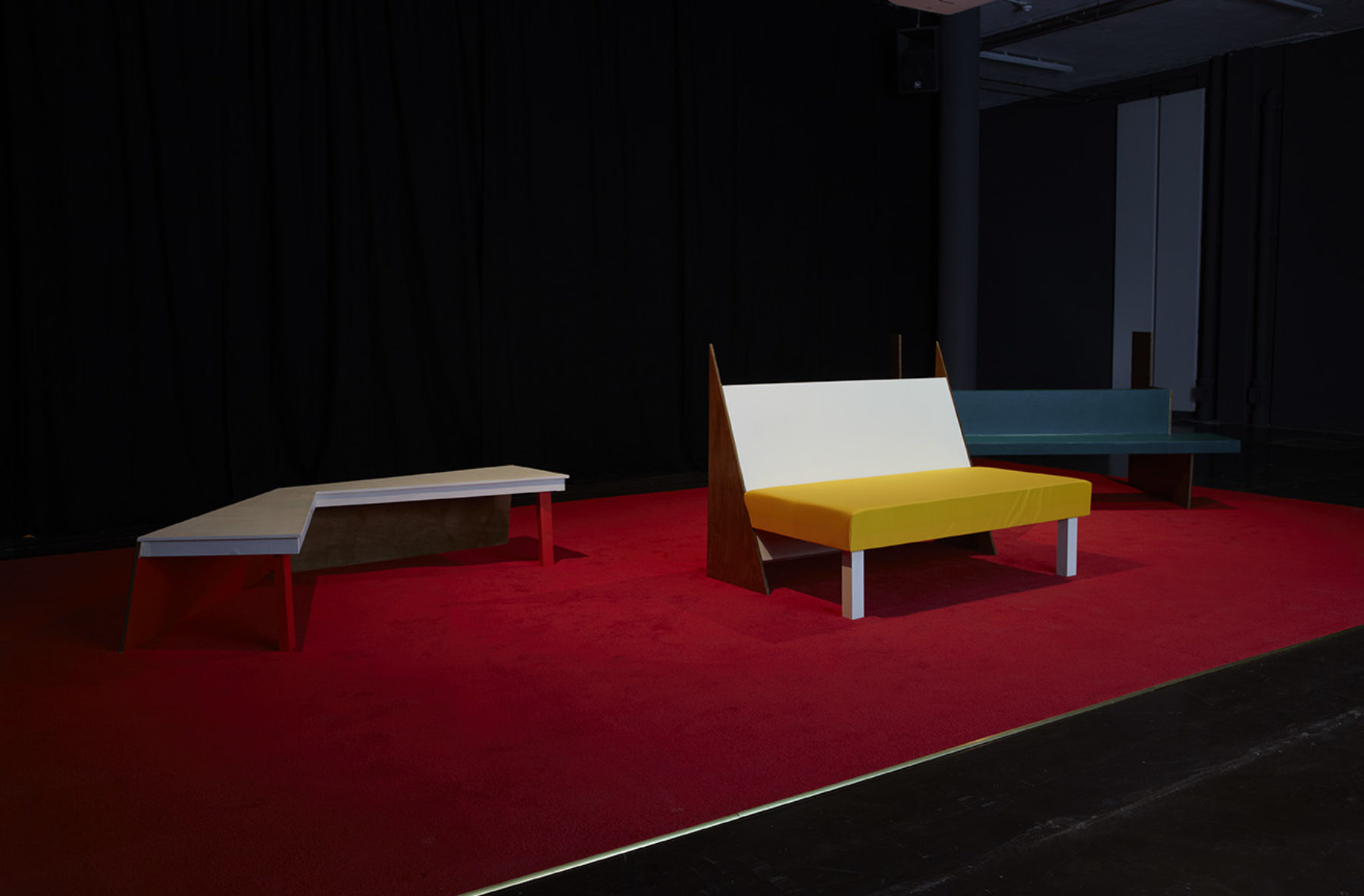