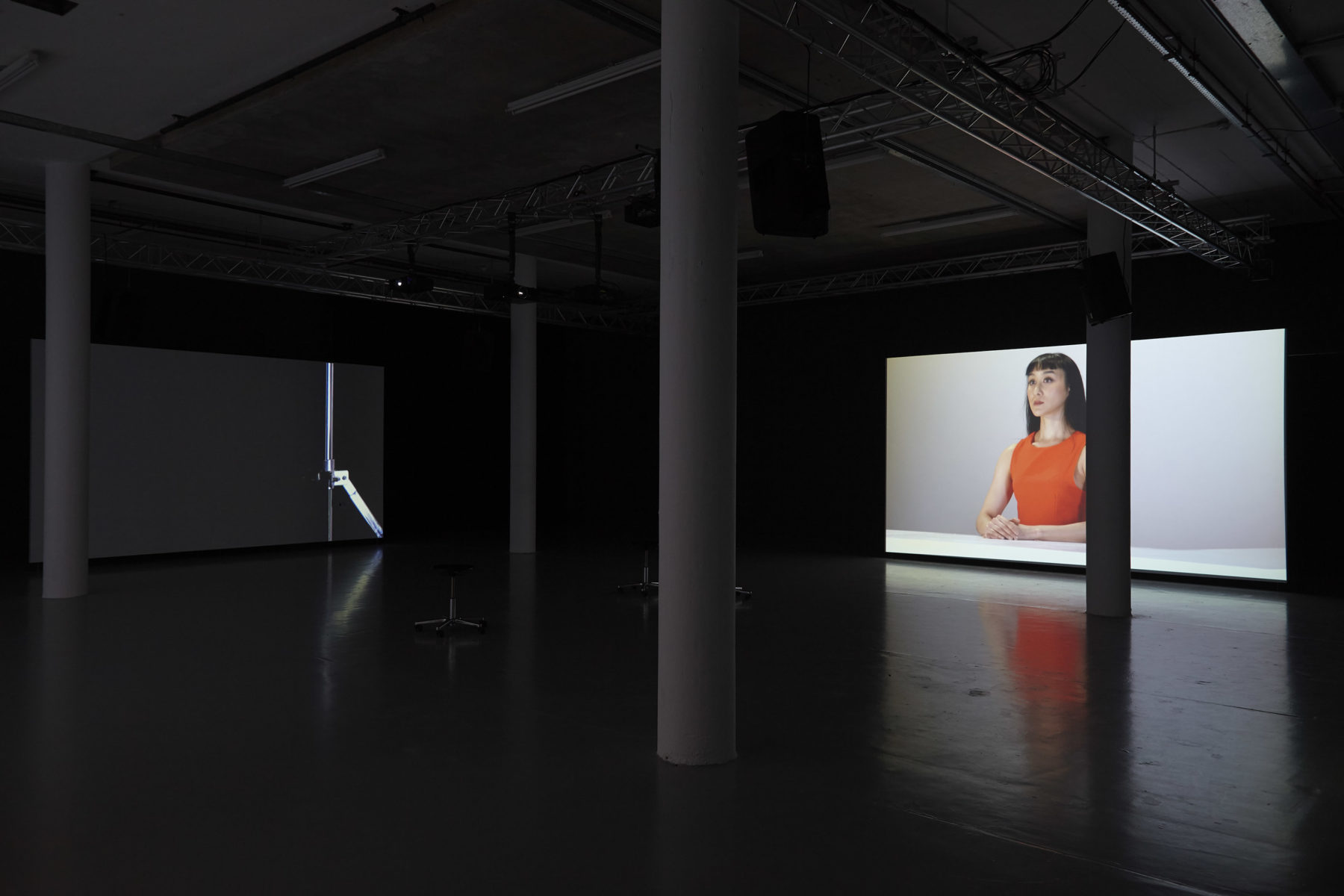 Cally Spooner presents an exhibition in the form of a post-production studio. Treating the galleries of Spike Island as an active testing site, and working closely with Spike Film and Video, the artist uses her solo show to make the final edits of an ongoing – almost complete – project, And You Were Wonderful, On Stage. In doing so, Spooner explores the terrain of the editorial cover-up; asking what can and should be removed, improved and fabricated as post-production fiction. Situated somewhere between the poetic, the voyeuristic and the heavily managerial, the show becomes a slow, melancholic rumination on losing voice to technical apparatus and losing vitality to permanence and completion. 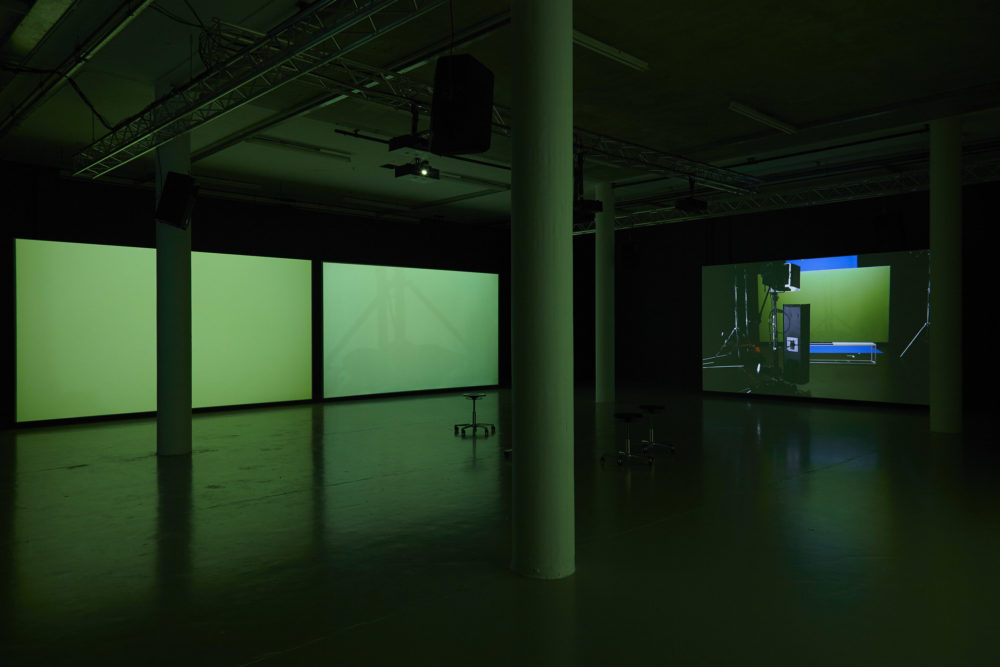 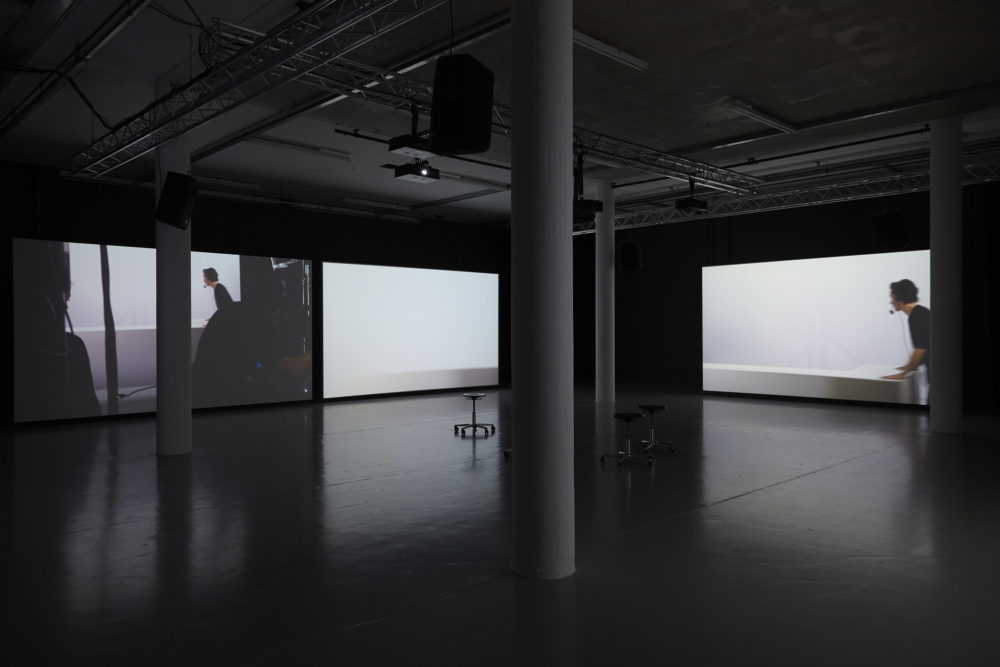 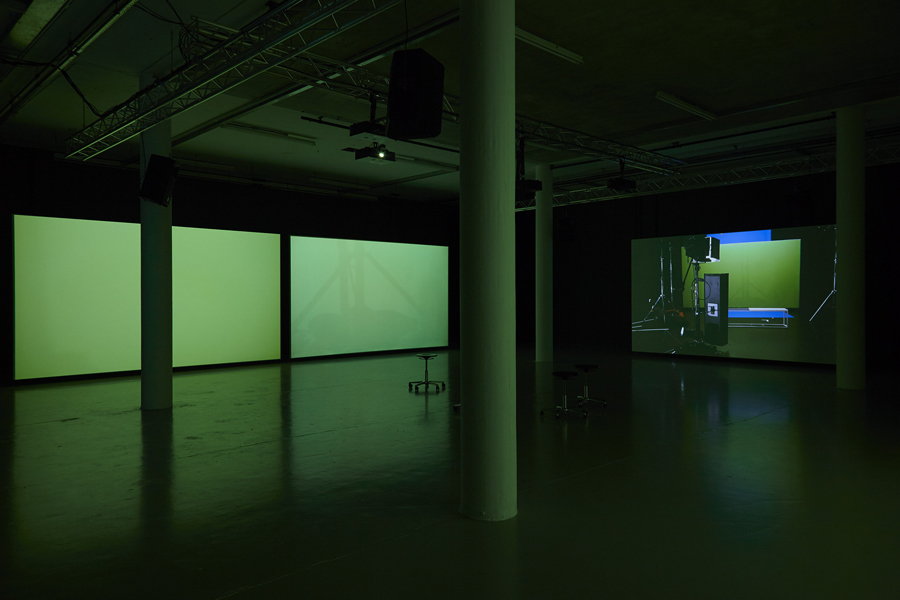 And You Were Wonderful, On Stage began as an itinerant, live musical commissioned and produced by the Stedelijk Museum, Amsterdam in April 2013. It was co-produced by Performa 13, New York and Tate, London, with composition by Peter Joslyn, choreography by Adam Weinert and a cast of close collaborators. The project explored technical dependency and instances of automation parading as liveness in politics, pop music and sport. At the core of the musical was a libretto which drew on a marketing practice wherein employees’ personally disclosed stories and aspirations were extracted and repackaged to better reflect the voice of their corporation, then returned to the employees to be delivered to camera as TV commercials. Alongside this, a gossip feed delivered by an a cappella chorus line chatted about pop-cultural technical malfunctions: failed lip-syncs, absent presidential scriptwriters and pop-star managers losing control of their clients on Twitter.

Over the last year, Spooner has used her solo exhibitions to disassemble the live musical into elements – adverts, a film trailer, stage sets, props and choreography – for its new status as a film. Co-produced by the Stedelijk Museum, Amsterdam, and Experimental Media and Performing Arts Center (EMPAC), New York, the film was shot in February 2015 using six cameras, each capturing 40 minutes of continuous motion. The film quietly documents the constant movement of bodies, transforming And You Were Wonderful On Stage into a single take performance to camera, broken only by the director calling cuts to pre-recorded commercial breaks. The commercial break consists of a discreet six and a half minute film within the film; Off-Camera Dialogue (2014), produced by Kunstverein Langenhagen and Bielefelder Kunstverein, which centres on the employees being corrected for camera.

Despite the framing of Spooner’s show as a post-production studio, the film feeds are not edited conventionally. Rather than cut the original footage and sound, the film retains its continuity, chronology and technical mishaps and Spooner performs the edit in situ through the spatial arrangement of screens and camera switches. Consequently, the work remains in flux throughout the show, as Spooner tests potential final arrangements for its premiere at the Stedelijk Museum in 2016. Documenting the transition from a fluid interaction to managed technical object, the film becomes a document of its own mechanics.

Preceding the constant motion of the film-in-progress, a single gesture expands upon the awkward off stage subtext of the project. 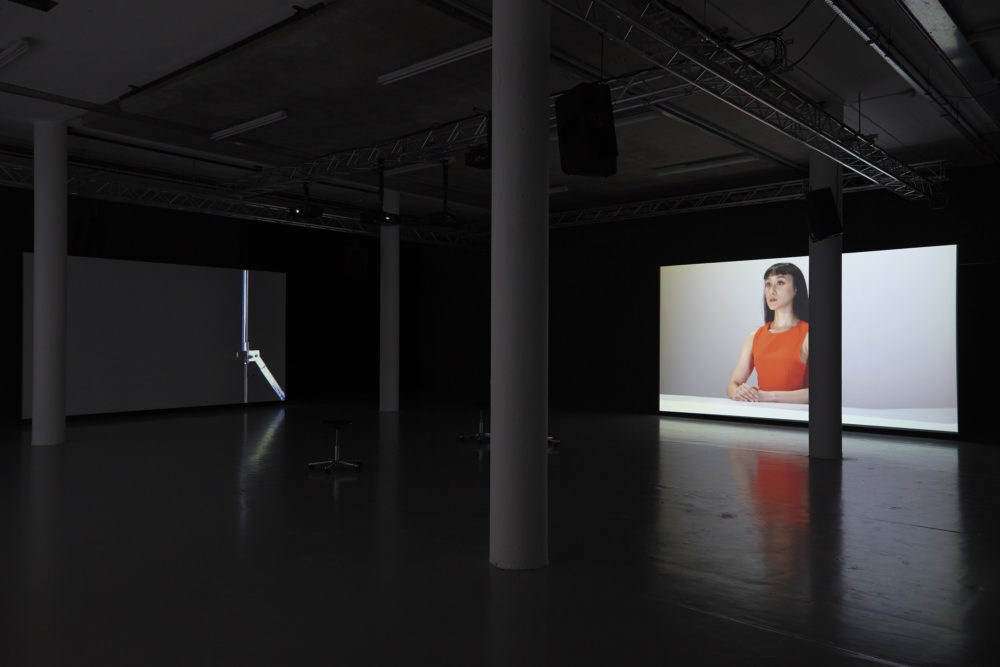 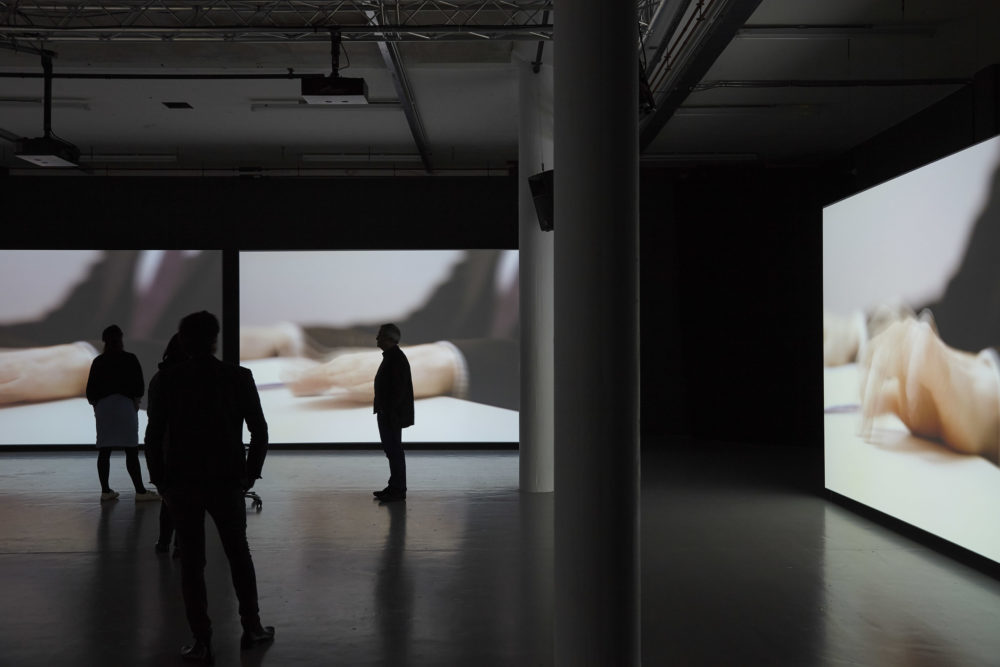 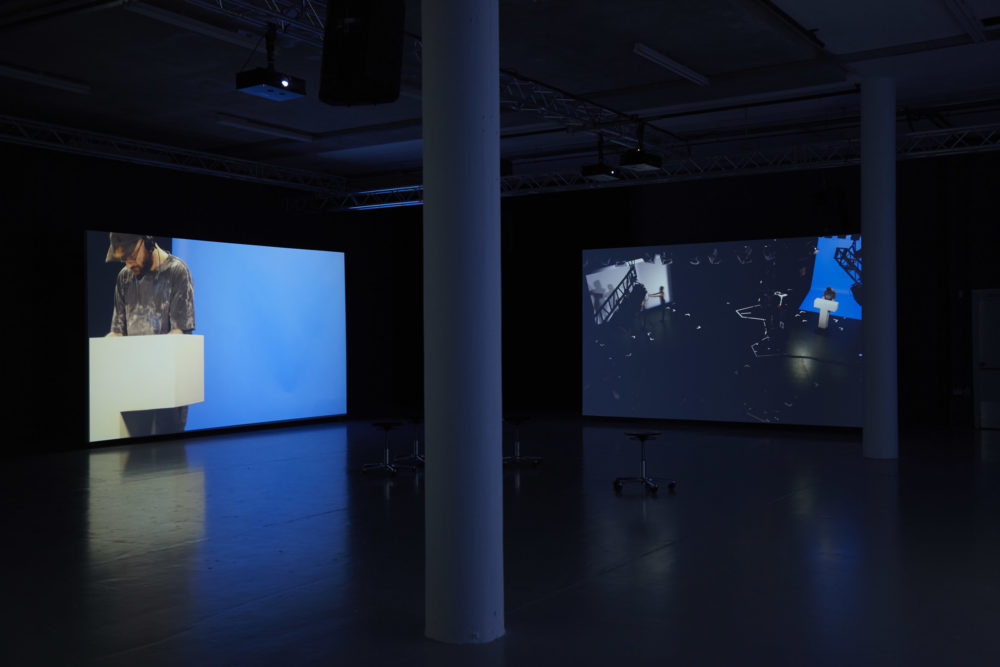 Cally Spooner (1983) is a writer and artist living and working in London. Solo presentations, performances and exhibitions include Regardless, its still her voice, gb agency, Paris (2014); He’s in a Great Place!, BMW Live Performance Room, Tate Modern, London (2014); And You Were Wonderful, On Stage, Stedelijk Museum, Amsterdam (2013); Performa 13, The National Academy, New York (2013) and , Kunsthal Charlottenborg, Copenhagen (2013). 2014 projects include a commission for High Line Art, New York, presentations at Frieze Film, London and a production residency at Experimental Media and Performing Arts Centre (EMPAC) at Rensselaer Polytechnic Institute in Troy, NY. Cally Spooner is a recipient of the Paul Hamlyn Foundation Award for Artists 2013. 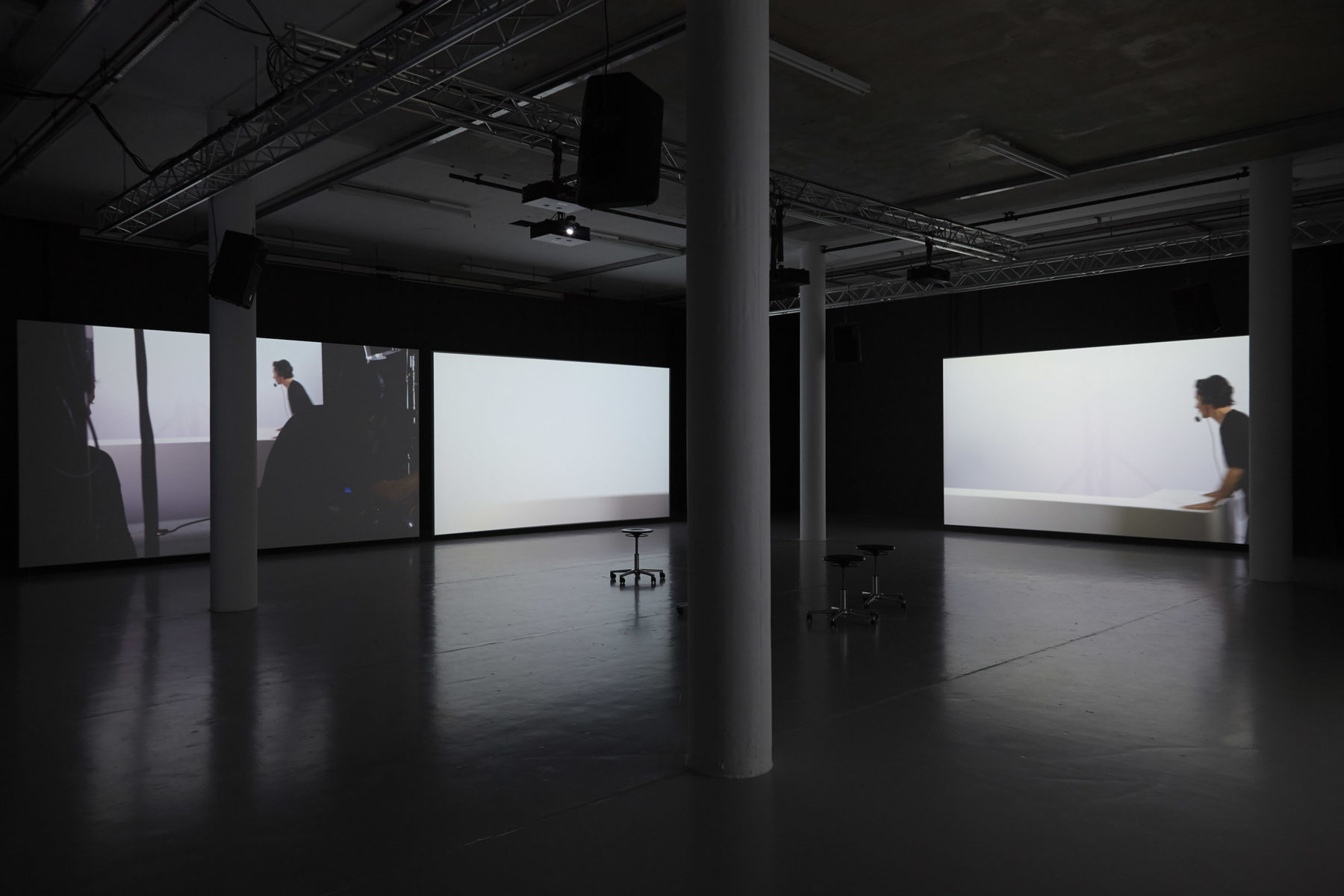