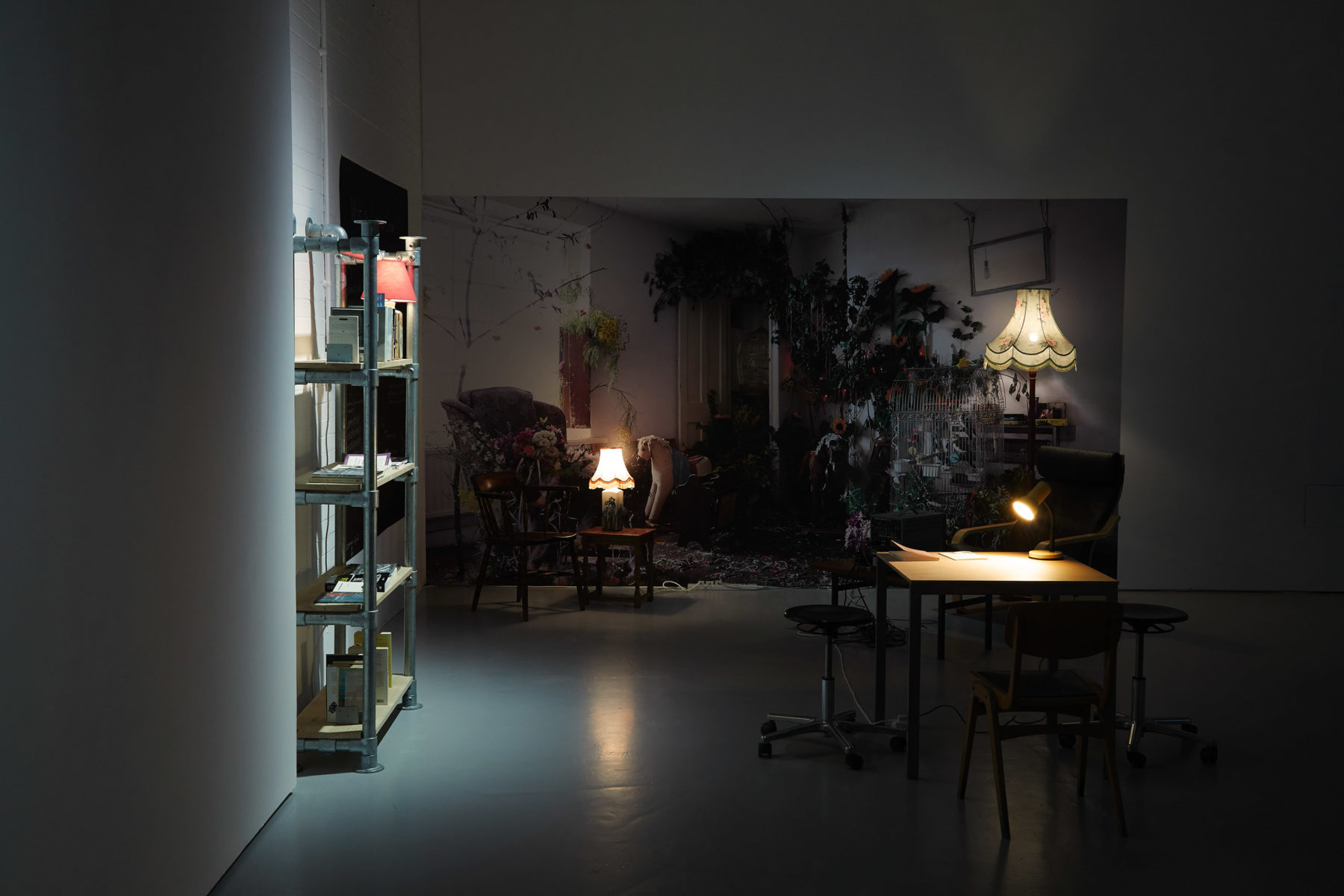 The work of Andrea Luka Zimmerman explores the impact of globalisation, power structures, militarism and denied histories. Common Ground, Zimmerman’s first UK solo exhibition, celebrated strategies of social and cultural resistance and proposes new ways of living together in the face of a threatened idea of the ‘common good’. 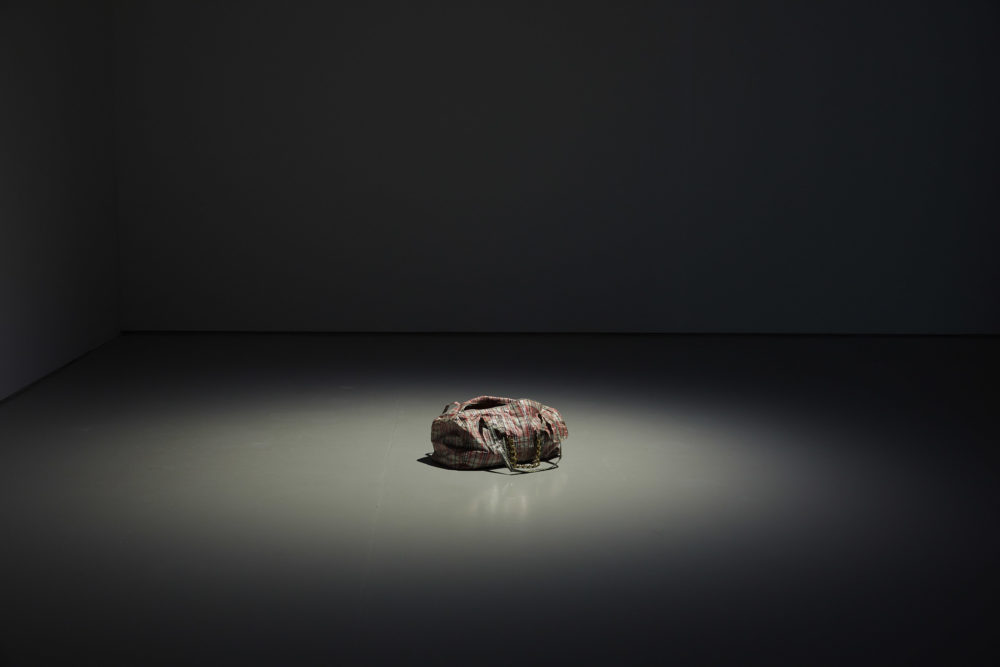 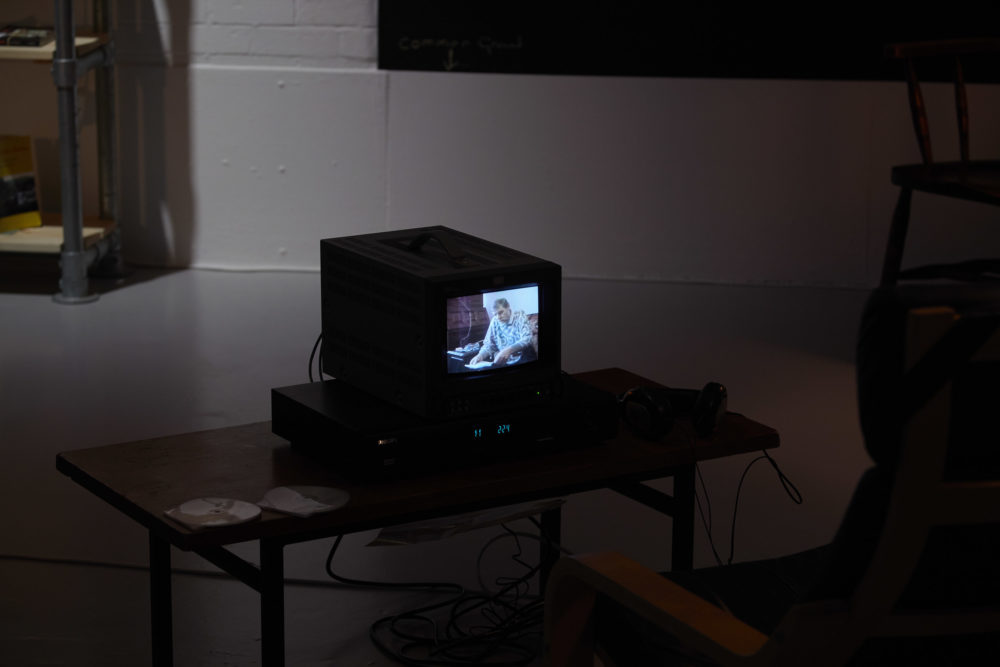 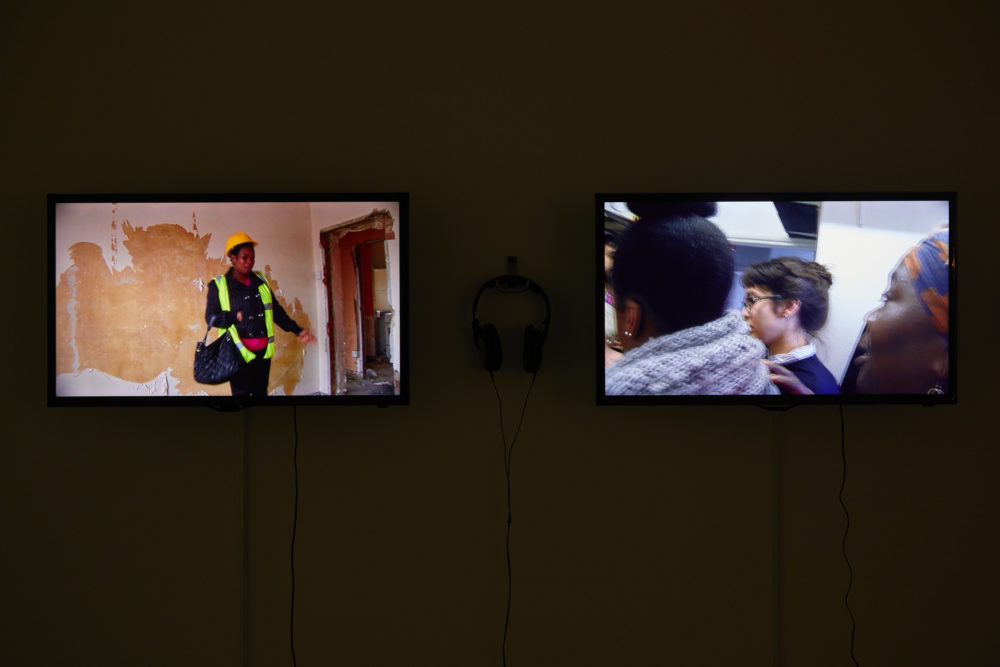 Central to the exhibition, Zimmerman’s essay film Estate, a Reverie (2015) tracked the long drawn out closure of the Haggerston Estate in East London and the utopian promise of social housing it once offered. Filmed over seven years, Estate, a Reverie reveals the spirited everyday humanity and resilience of residents who, in circumstances like these, are habitually overlooked by media representations and wider social responses. The film portrays the complex relationships between people and the conditions in which they find themselves; asking how we might resist stereotypes of class, gender, ability, disability and geography.

The themes of Estate, a Reverie resonate in further films, images, documents and events brought together for Common Ground. Taşkafa, Stories of the Street (2013), is a film about survival and co-existence told through the lives of the street dogs of Istanbul and the citizens who care for them. It is voiced by the late writer and storyteller John Berger from his own novel King: A Street Story (1988).  Zimmerman’s Merzschmerz (2014) is a series of short videos in which children retell (from memory) fairy tales written by the German artist Kurt Schwitters to an adult neighbour or friend. These short scenes draw attention to the process of remembering and forgetting – as well as addition and subtraction – that is essential to the handing on of stories from one person to another. They are tender portraits which show the role of a listener to be as important as that of a narrator in the telling of a tale. 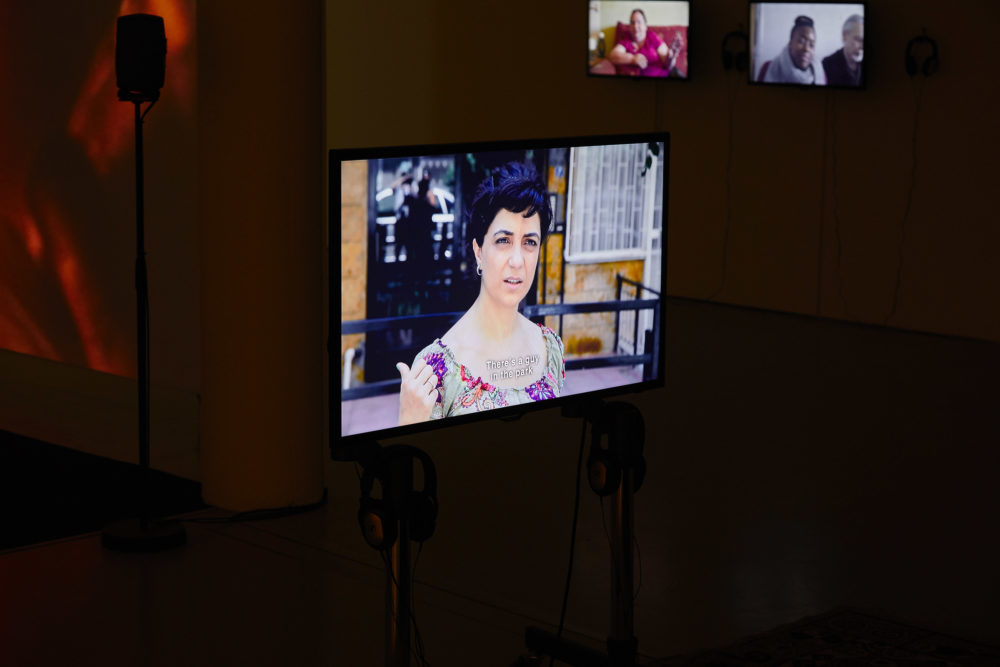 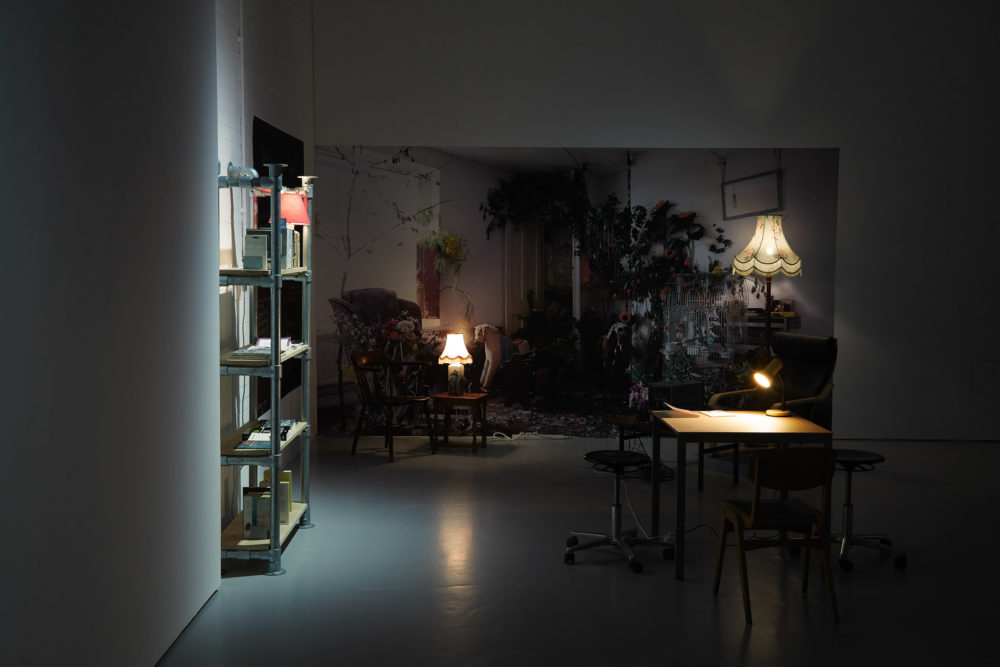 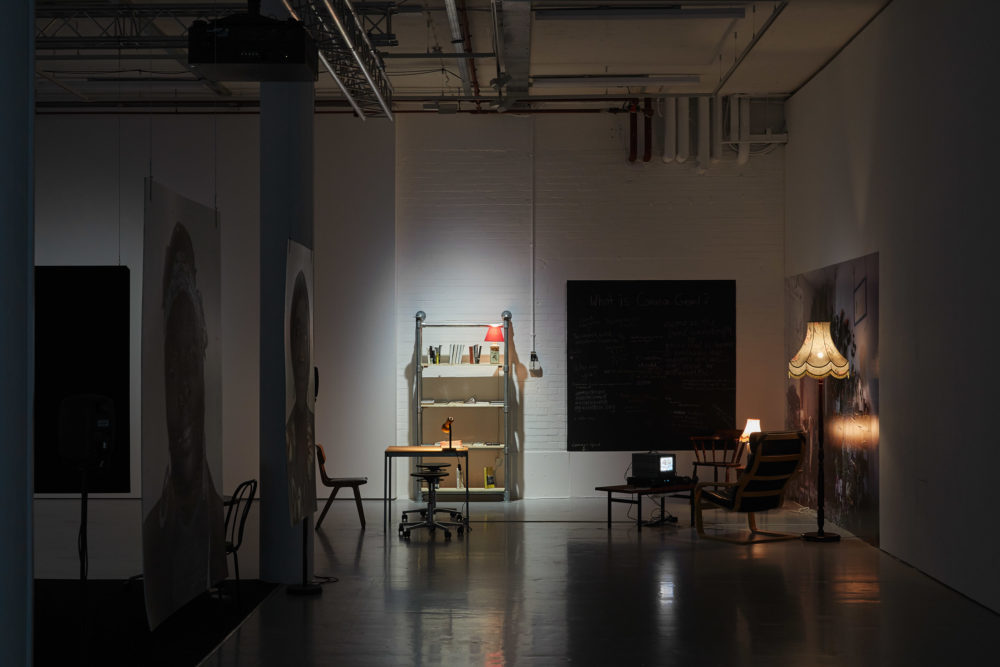 Common Ground provided an environment for open discussion, research and debate about the issues at the heart of these films and the other work in the exhibition. A series of talks, discussions, readings and screenings were organised over three weekends during the exhibition. A library area within the gallery housed books and archival material related to the projects, where visitors were welcomed to sit and look, listen or read. 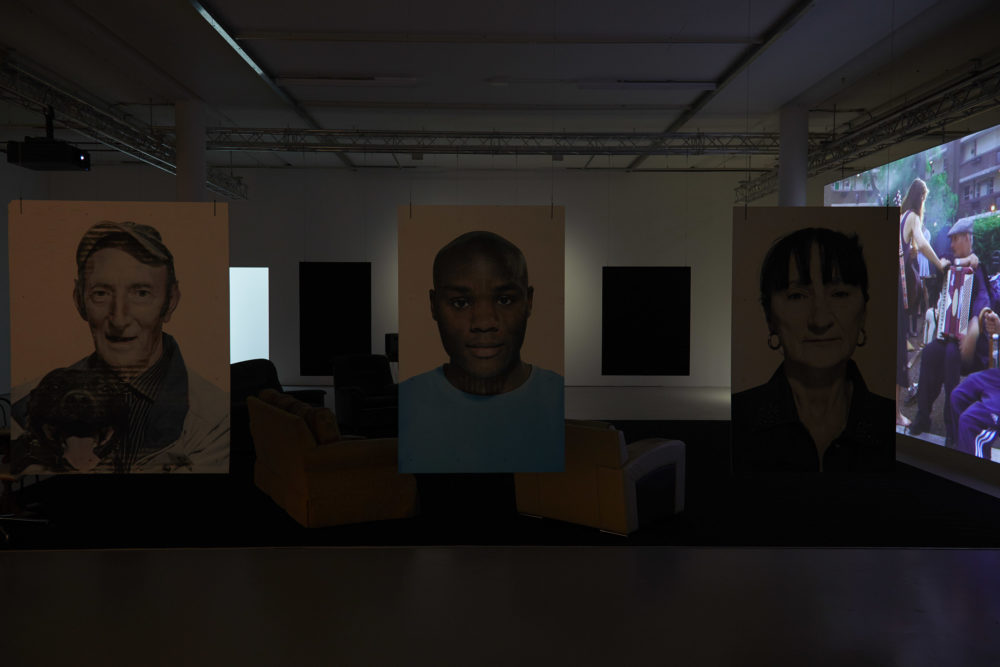 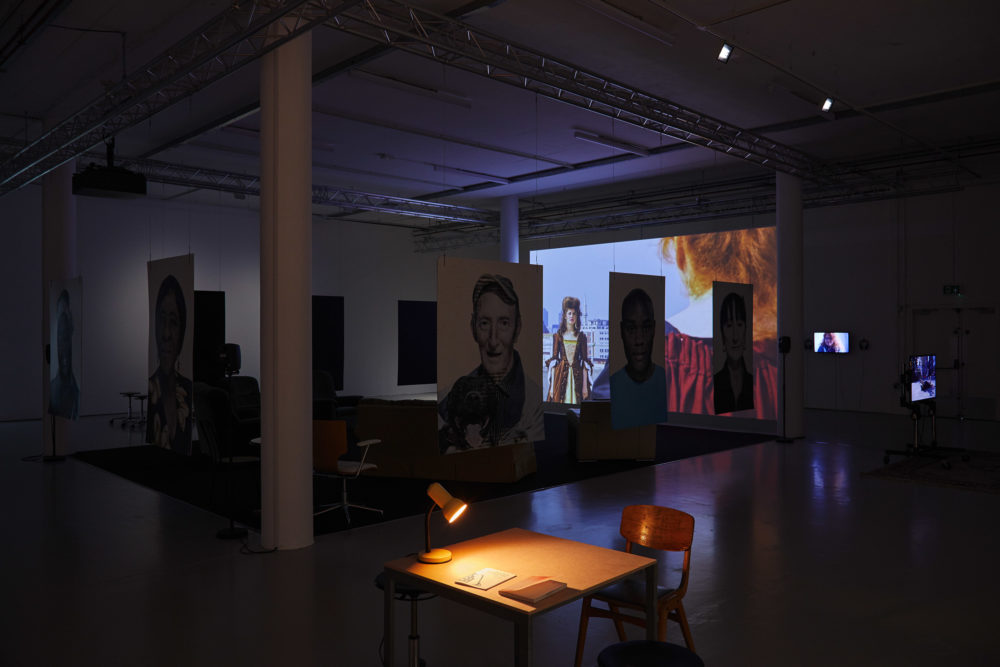 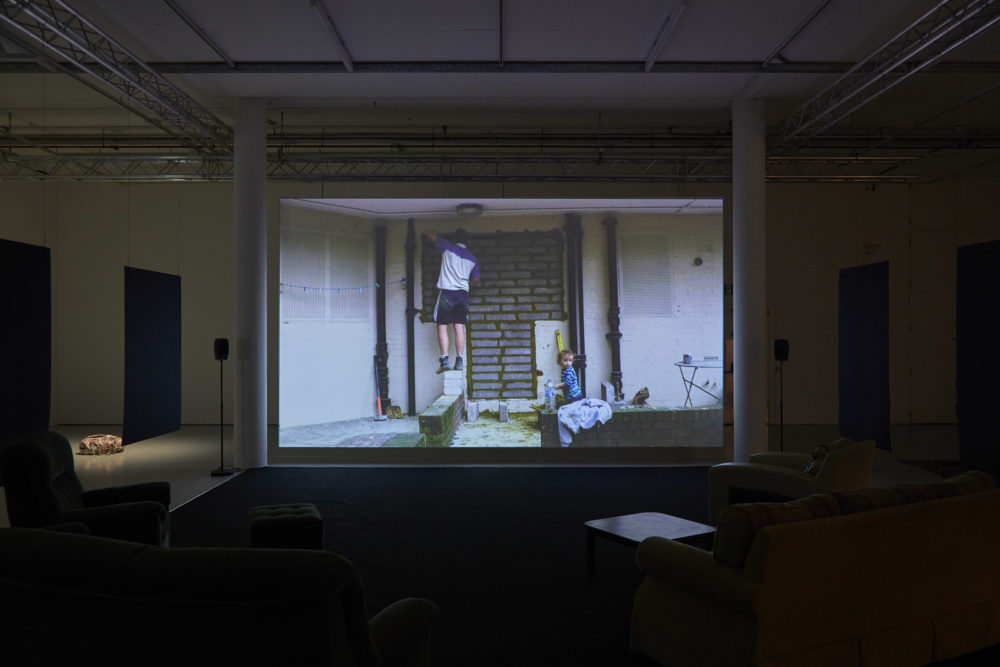 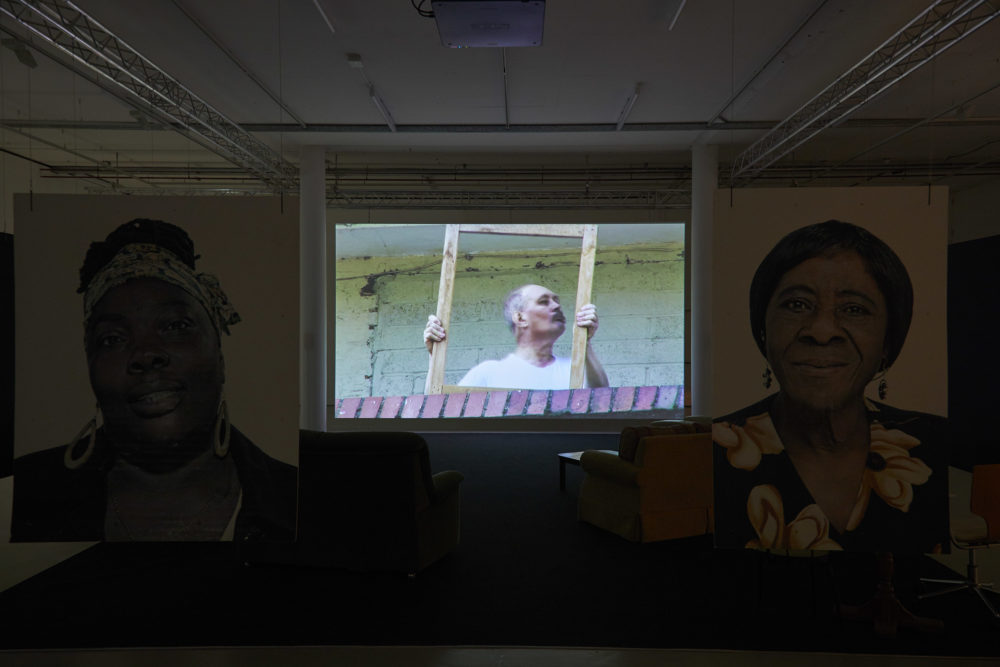 Andrea Luka Zimmerman is an artist, cultural activist and filmmaker. She grew up on a large council estate in Munich and left school at 16. After moving to London in 1991, she studied at Central St. Martins. She is a co-founder of the artists’ collectives Fugitive Images and Vision Machine. Her collaborative feature drama Cycle (forthcoming) with Adrian Jackson (Cardboard Citizens) was the winner of the Artangel Open Award 2014. Her forthcoming artists feature documentary Erase and Forget (2017, 90min) premiered at the 2017 Berlin Film Festival. 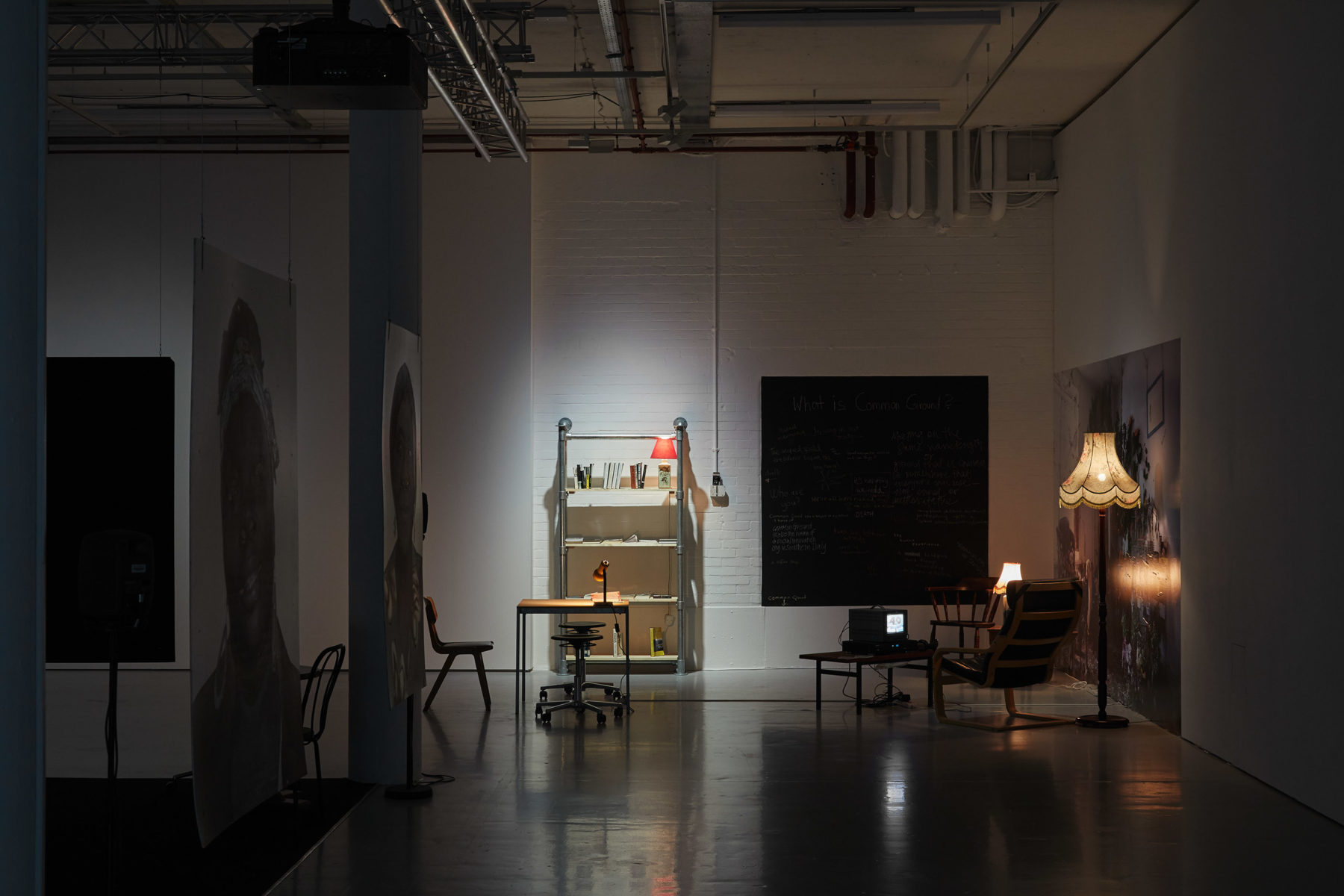 Installation shot: On the far gallery wall is a blackboard, to the left of the blackboard is a book shelf made from scaffolding boards. In the foreground are two large portraits of people involved with the project.