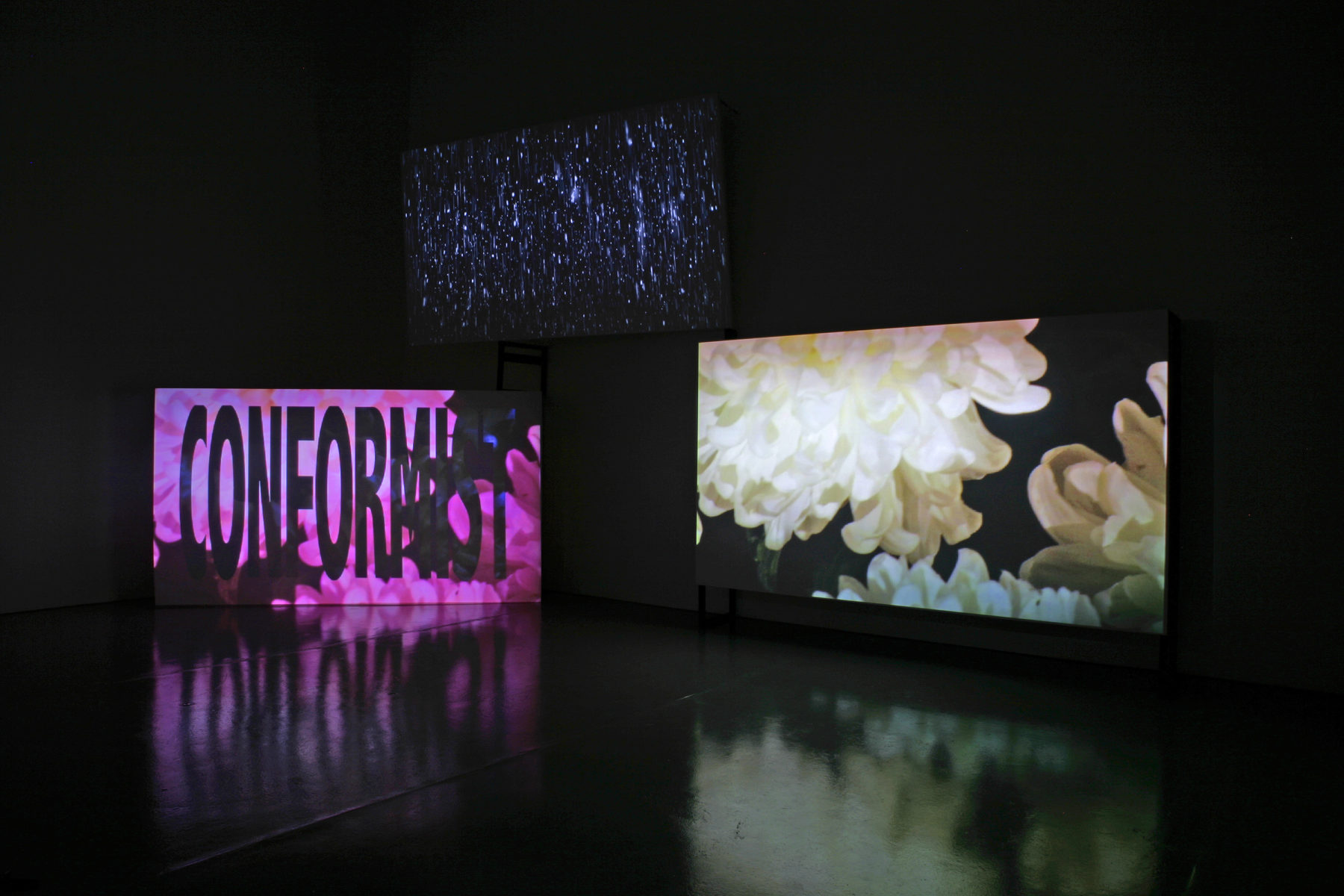 Spike Island presented the first major solo show in a public gallery by London-based artist Amanda Beech. Beech was awarded the main production residency for UK artists at Spike Island in 2009 which contributed to the making of her new body of work Sanity Assassin.

Sanity Assassin was a three-channel video installation with a sculptural element; a spotlit mirrored plinth which displayed a series of polished chainsaws. Situated in a custom designed waiting area, this glamorous structure with subliminal horror movie overtones plays homage to the corporate lobby of a real Los Angeles showroom. A three screen video installation aimed to embody another violence: hard edged, uniform edits guided the viewer through a private and nocturnal LA landscape, set to a pulsating noise score.

A flashing text interrupted the sequence, channelling psychological transmissions from two central characters whose divergent philosophies ultimately merge into one nihilistic polemic. The first was the estranged European émigré adrift in LA, railing against the culture machine’s habituation of nature and espousing a form of ideal space that can only be achieved through self-enforced seclusion. The second was the voice of the new world order, purporting to embody nature as self-empowerment. Both characters ultimately descend into a form of psychosis where their radical individualism leads either to dark suicidal horror or pure physical violence.

In its speed, and combination of graphic, textual and documentary style footage, stylistically the work referenced both MTV-style montage and the film title sequences of Saul Bass. There was, however, no “coming feature” – there is only the ‘now’ time of Sanity Assassin. 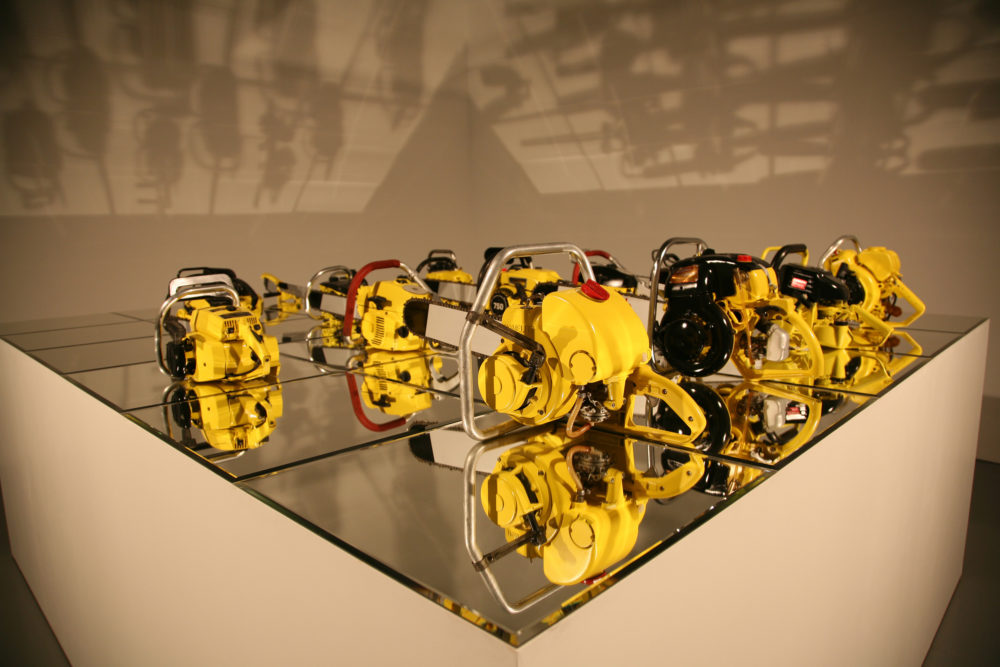 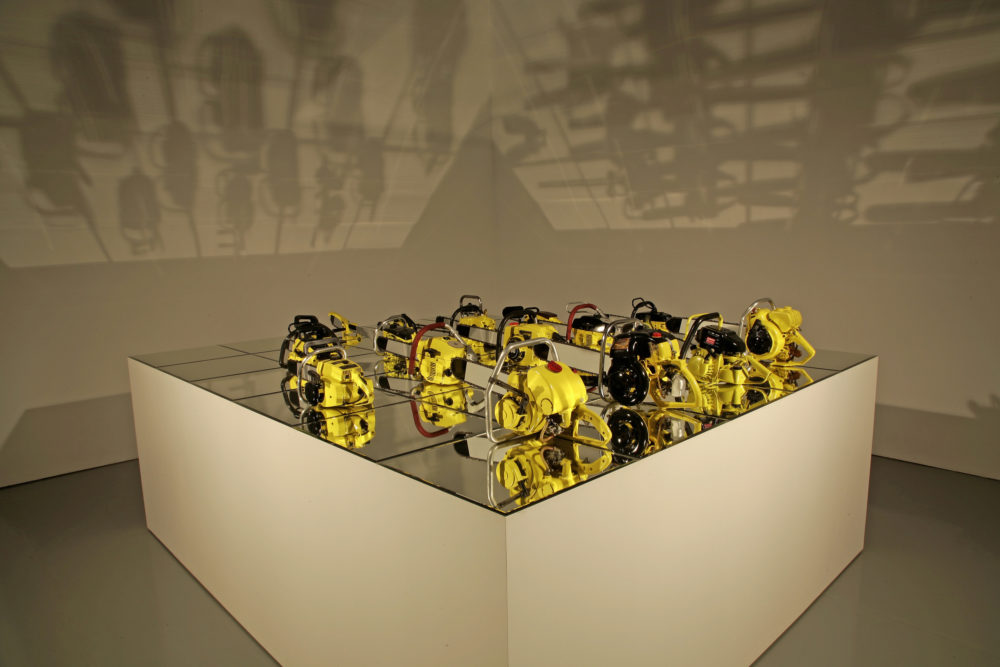 Sanity Assassin was shot on location in Los Angeles and is part of Beech’s ongoing investigations into the forceful rhetoric played out within neo-liberal narratives of freedom in philosophy, politics, literature and popular culture. The artist examines the legacies of the ‘exile modernism’ represented by European émigrés such as Bertolt Brecht, Thomas Mann and Theodor Adorno. The work understands their philosophy of resistance and withdrawal from the culture of Los Angeles as commensurate with a politics of security and protection seen in the culture of subjectivity in LA now. This radical withdrawal is exemplified by the California modernism which the late, infamous LA photographer Julius Shulman made so universally desirable. Celebrating hard lines divorced from socialism, the aesthetics of withdrawal have led to the phenomenon of ‘Fortress LA’ with its concurrent erosion of the public realm. A face to face interview with Shulman, along with a reworking of Adorno’s Dream Notes, has been absorbed into the two characters that represent the different versions of modernism which ultimately lead to the same conclusion.

Forced entanglements between architecture and nature, subjectivity and ethics, theory and practice are all pulled together in a claustrophobic journey through LA’s city space. This depopulated landscape includes the extensive library of Jewish writer Leon Feutwanger, Becher-esque exterior shots of LA post war housing tracts and computer generated special effects of virtual spaces. These include the recurring motif of Film Noir-style hard rain and 3D fly-throughs of buildings amalgamated from Shulman’s work and Getty Institute architecture, both a power base founded on the private ownership of public representations. 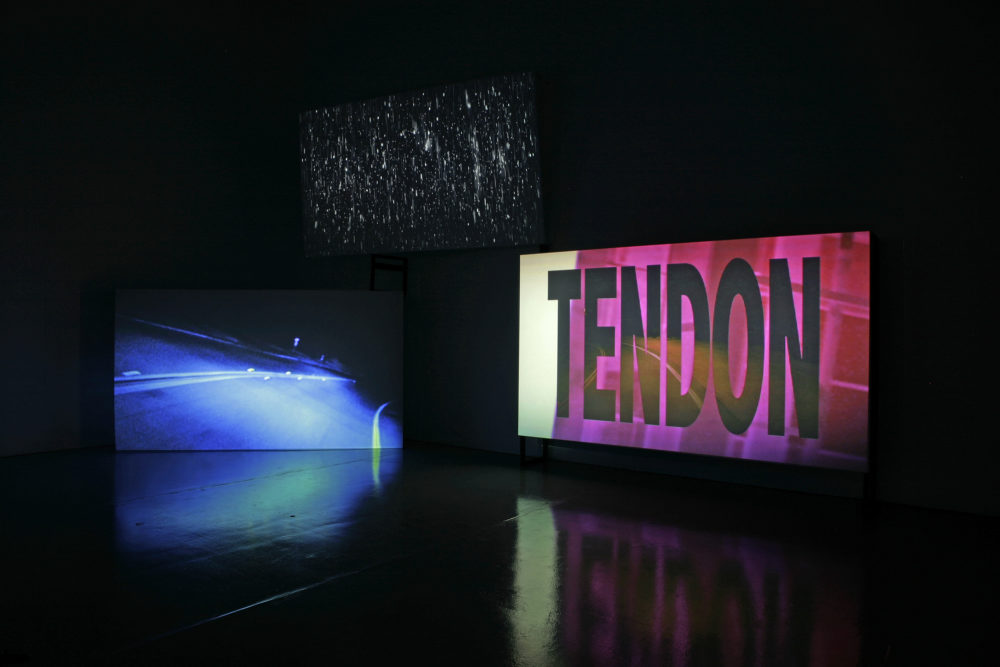 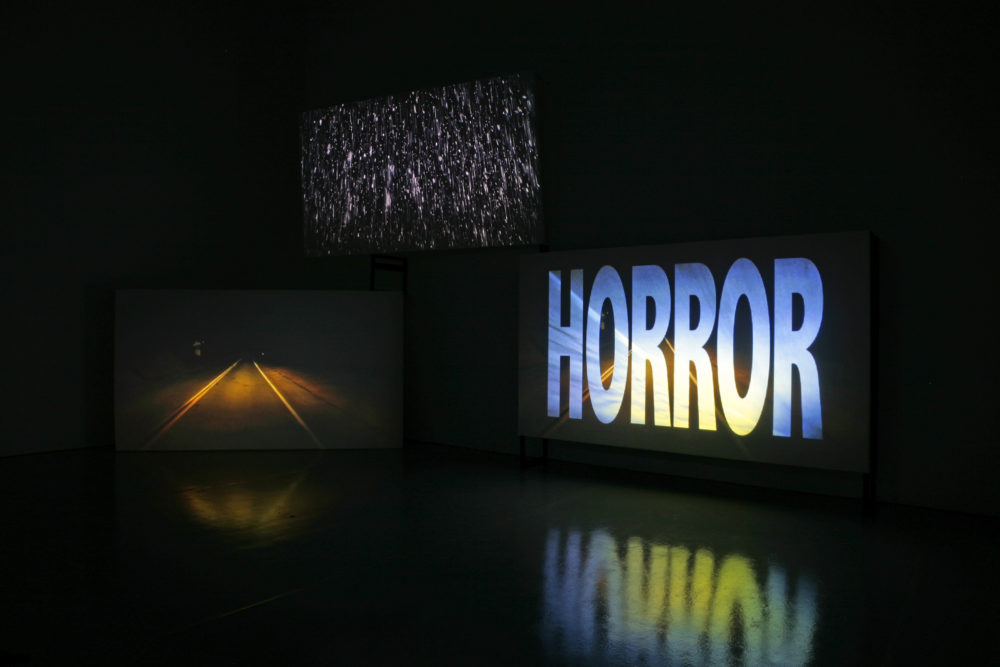 Amanda Beech (1972) is a London-based artist who makes artworks, writes and collaborates on curatorial projects. Her work explores the relationship between democracy and violence in neoliberalism by scrutinising the forceful rhetoric within narratives of freedom, which play out in philosophy, politics, literature and popular culture. Constructing narratives that take in particular biographies, sites, social mythologies and mixing them with the bounds of philosophical inquiry, her work operates as a space of seductive power, will and force – a world that emphasises decisiveness as its guiding principle and that deals with our share in it. She is a member of the steering committee of The Political Currency of Art research group, and Co Director of the research group Curating Video. 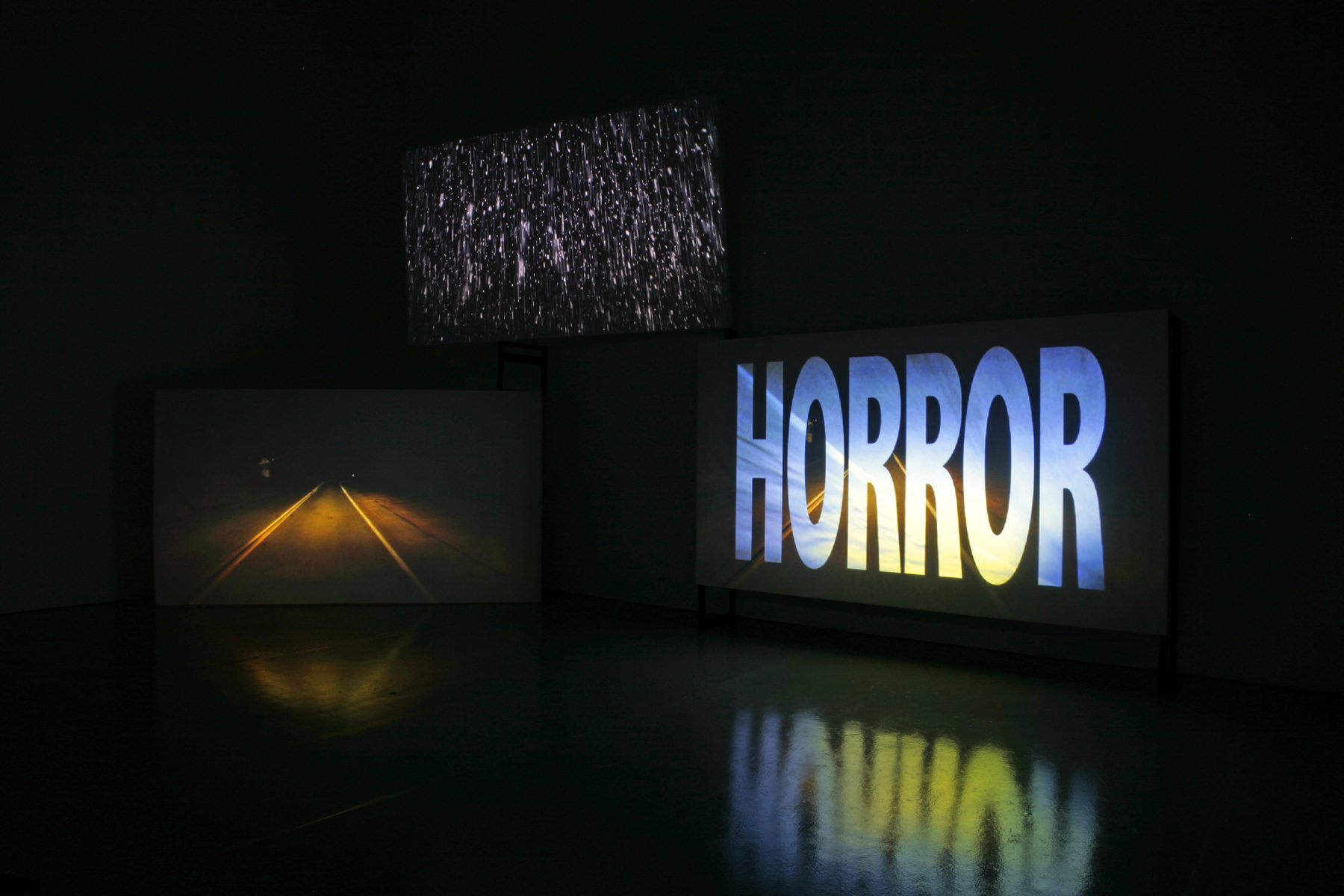