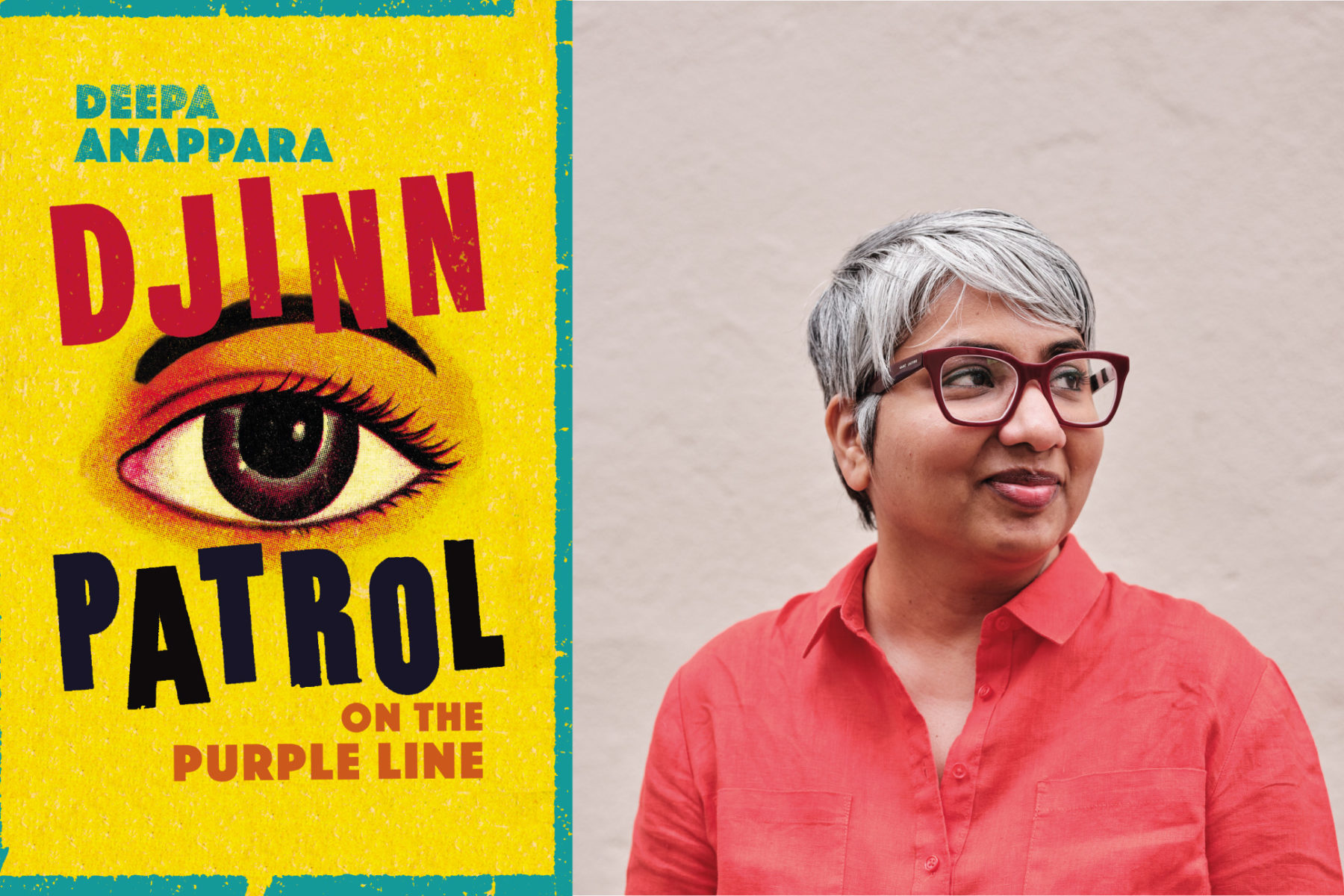 Deepa Anappara and Djinn Patrol on the Purple Line

Each month we invite a debut novelist to read from and talk about their work in an informal setting. This February, Deepa Anaparra introduces her novel Djinn Patrol on the Purple Line.

In a basti on the outskirts of a sprawling Indian city, nine-year-old Jai watches too many reality cop shows in the house he shares with his family. Jai thinks he’s smarter than his friend Pari (even though she always gets top marks) and considers himself to be a better boss than his hardworking friend Faiz (even though he has a job).

When their classmate from school goes missing, the Djinn Patrol ventures out, wielding their detective skills into the bustling city to investigate; through the rattle-tattle energy and mouth-watering smells of the bazaar, to the dangerous rubbish ground and as far as the railway station at the end of the Purple Line. But children continue to vanish, and the trio must confront terrified parents, an unsympathetic police force and soul-snatching djinns in order to uncover the truth.

As the disappearances edge ever closer to home, the lives of Jai and his friends will be altered forever. Djinn Patrol on the Purple Line is a boisterous, fresh, vibrant debut, inspired by real-life journalism, from an incredible new talent.

“An endearing, engaging debut” – The Guardian

Deepa Anappara grew up in Kerala, southern India, and worked as a journalist in cities including Mumbai and Delhi. Her reports on the impact of poverty and religious violence on the education of children won the Developing Asia Journalism Awards, the Every Human has Rights Media Awards, and the Sanskriti-Prabha Dutt Fellowship in Journalism. A partial of her debut novel, Djinn Patrol on the Purple Line, won the Lucy Cavendish Fiction Prize, the Bridport/Peggy Chapman-Andrews Award and the Deborah Rogers Foundation Writers Award. She has an MA in Creative Writing from the University of East Anglia, Norwich, and is currently studying for a PhD on a CHASE doctoral fellowship. Djinn Patrol on the Purple Line will be publised in America, Brazil, Denmark, France, Germany, Greece, Holland, Hungary, Israel, Italy, Japan, Korea, Norway, Portugal, Russia, Spain and Sweden.